Pope Tawadros has paid a visit to Anba Moussa, Coptic Orthodox Bishop of Youth, in hospital. The Pope was accompanied by Anba Danial, Bishop of Maadi and Secretary of the Holy Synod; and Anba Yulius, Bishop-General of Old Cairo and the Bishopric of Social Services.

On its Facebook page, the Youth Bishopric posted that the 86-year-old Anba Moussa, who is diabetic, had been admitted to hospital on account abnormally high levels of urea and creatinine that had suddenly risen upon a change in the Bishop’s medication. He has been under treatment and is now recovering.

Pope Tawadros chatted with Anba Moussa, prayed for him, and anointed him with oil.

Born Emile Aziz on 30 November 1938, the young man who was to later become Anba Moussa graduated from the Faculty of Medicine in 1966 and subsequently served as a consecrated deacon, focusing on youth ministry in Beni Sweif under the auspices of the late Metropolitan Athanasius. In 1975, he took monastic vows as Father Angaelos El-Baramousy. In 1978, Pope Shenouda III ordained him Chori Episcopos and on 25 May 1980 he became the first Bishop for Youth. He is among the most widely loved Coptic clergy. 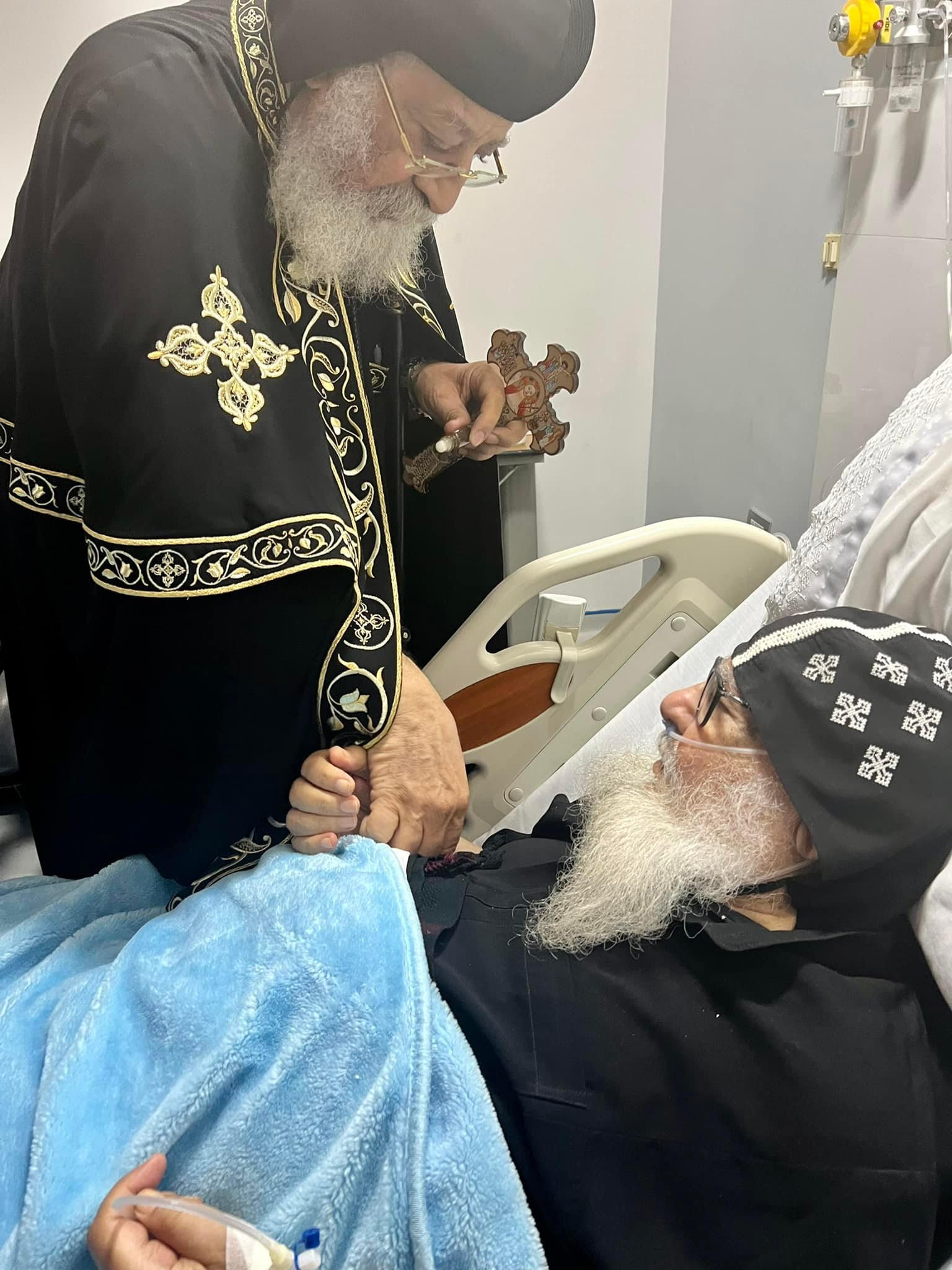 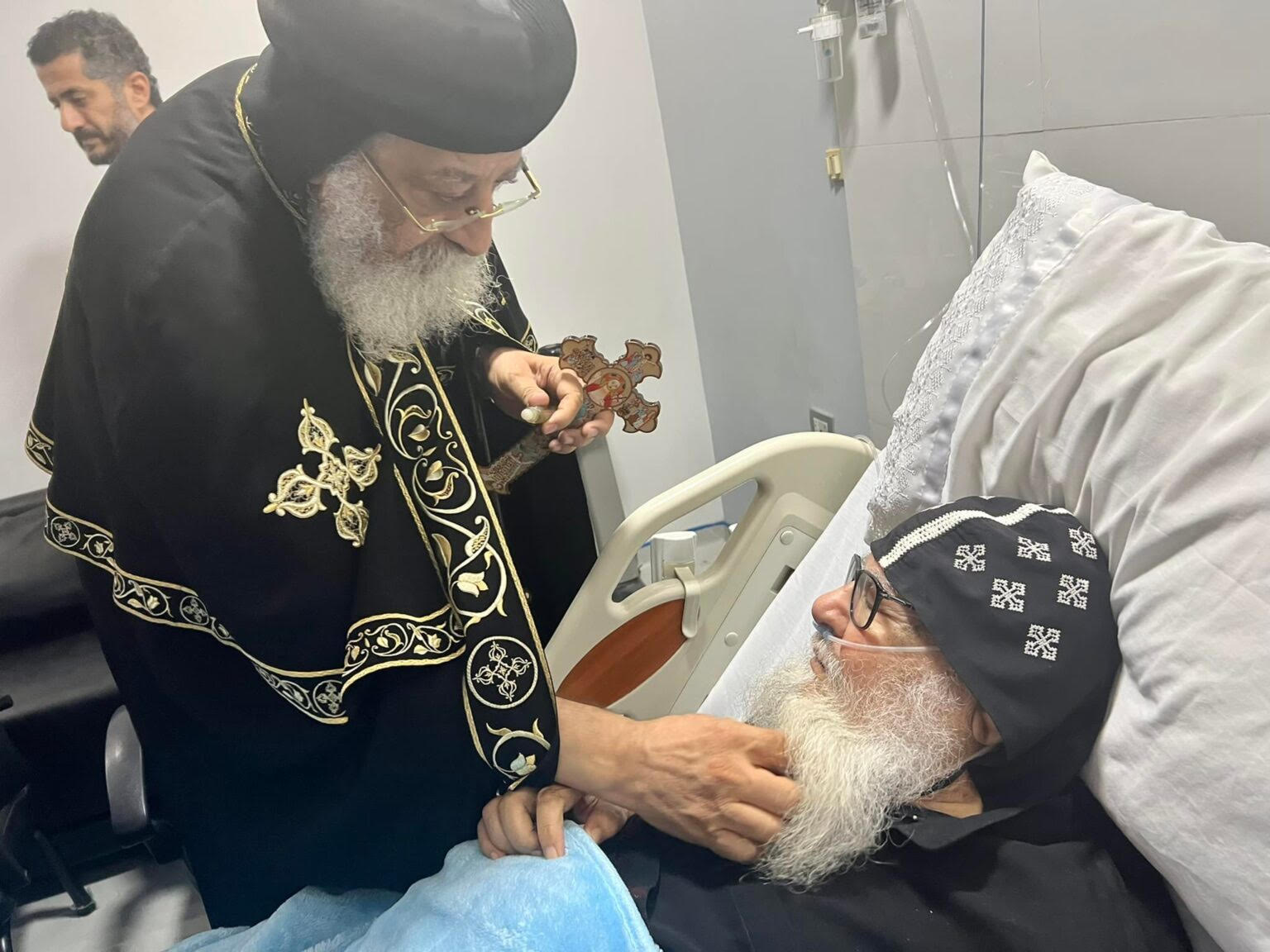 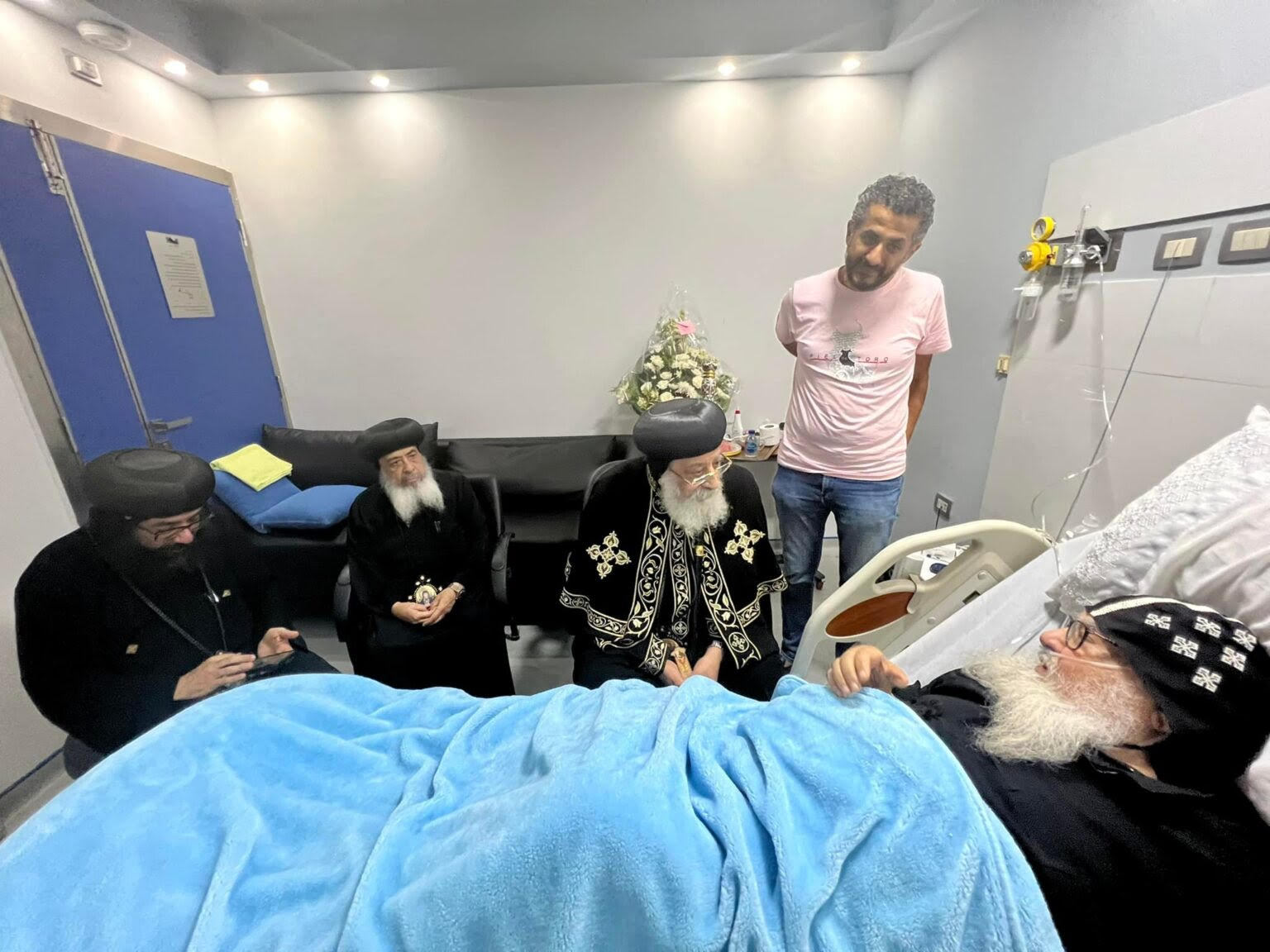 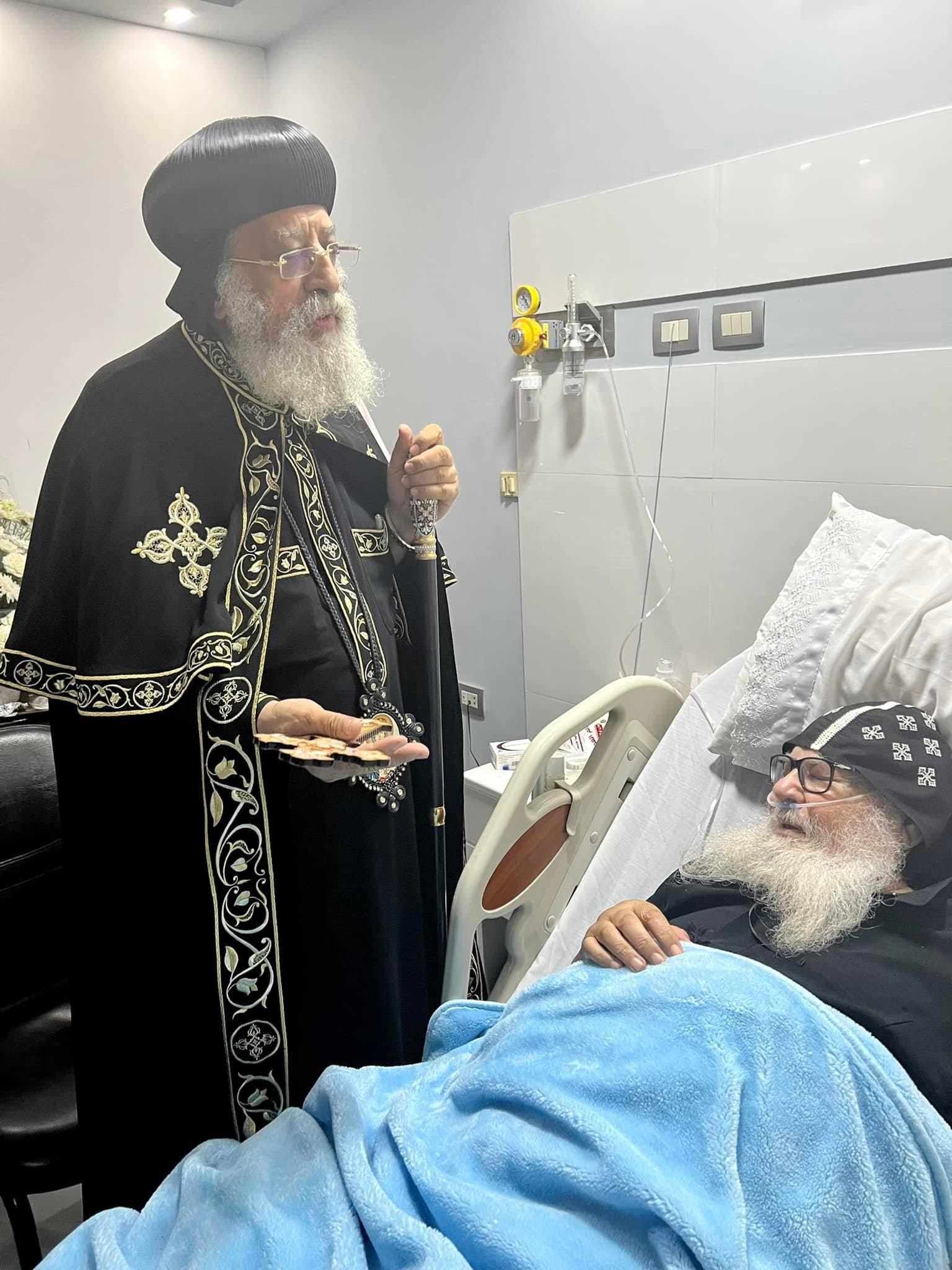 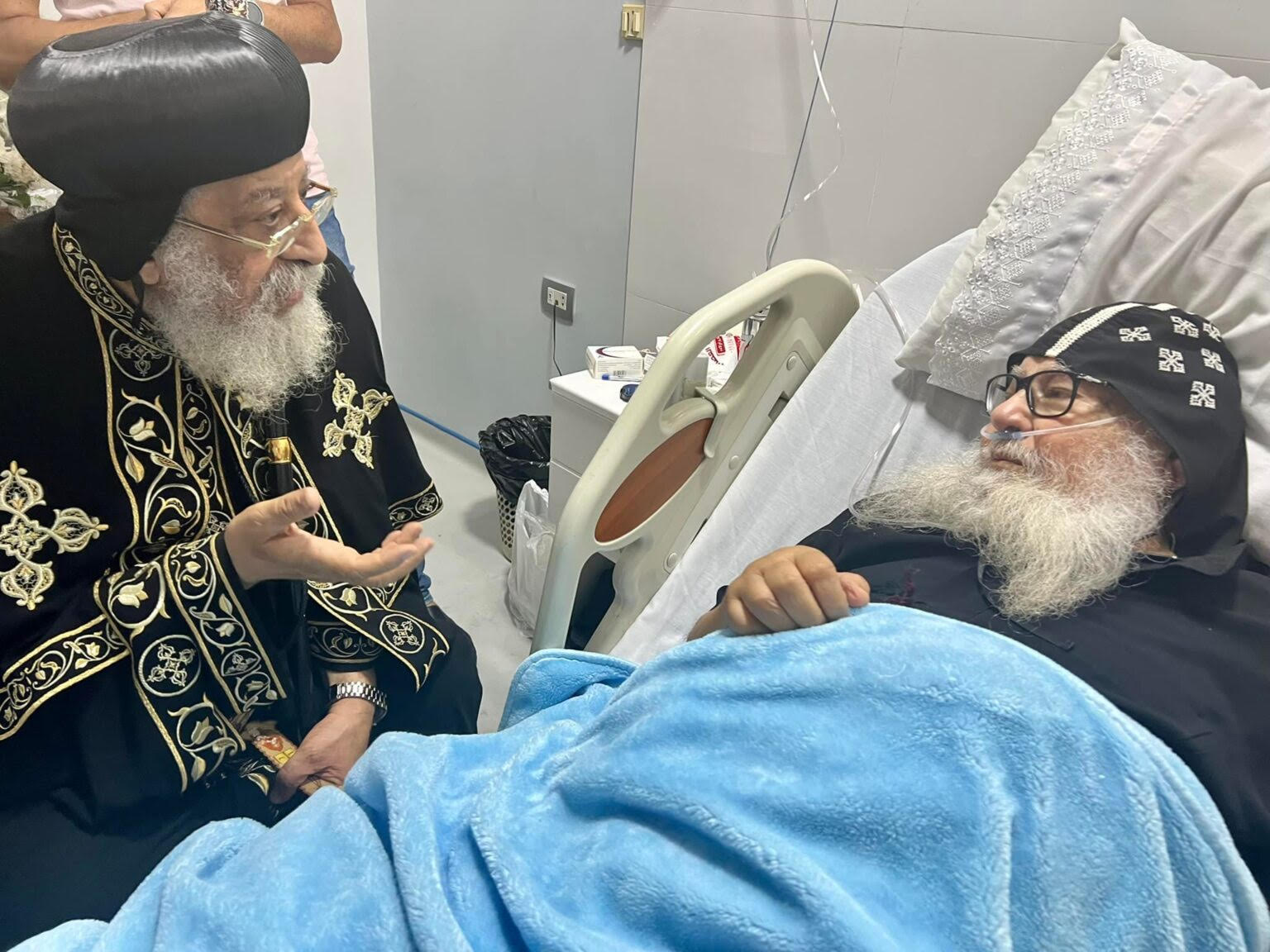 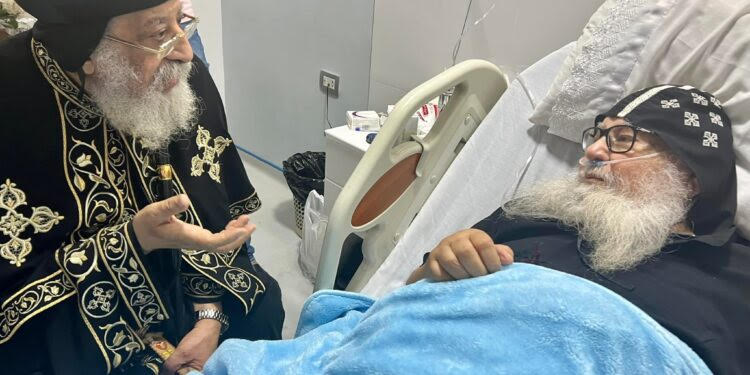