Wide welcome
In the early 1950s Aziz Suryal Attiya, professor of history at Alexandria University and a prominent Copt, wrote a petition to the then secretary-general of the Coptic Orthodox Melli (Community) Council Kamel Youssef, drawing attention to the need to establish an institute for Coptic Studies, citing its purpose and goals.

The idea was widely welcomed by Copts, and the Institute of Coptic Studies was established by the Melli Council and opened in January 1954. A decree issued by the Ministry of Education approved the foundation of the institute, confirming that it served to enrich knowledge about Egyptian national history during the Christian age, an era which lacked adequate studies.
The establishment of the institute was hailed by academic and press circles as a step in the right direction. In its first year the institute made a gift of a collection of books on Coptology to the Coptic Society in Chicago, as a measure to promote Coptic libraries worldwide.
Since its establishment, the institute has been the Egyptian Church’s main research centre. It conducted archaeological excavations and activities in search for Coptic antiquities. It registered and indexed the antique and old material—architectural elements, manuscripts, icons, woodwork, and suchlike—that lay in old churches and monasteries. It recorded the age-old Coptic melodies and hymns which had hitherto been handed orally from generation to generation. It spearheaded the study of Coptic art and encouraged the use of its main tenets to adorn modern churches in an authentic style. It also promoted studies of Coptic history and Coptic community throughout the ages.

Library
The institute is distinguished as a first-class educational centre that grants higher degrees in topics which include theological studies, Coptic music, Coptic art, Coptic iconography and Coptic history.
Students may study Coptic language and literature, ancient Egyptian language, papyrus, archaeology, as well as ancient Egyptian and Coptic history. Coptic music, Coptic art, the design and manufacture of clerical garments and church drapes. Also on offer are topics on the Coptic community, churches and associations, clerics and laymen, clerical Law and the Christian legal texts translated from the original Coptic and Greek, Ethiopian studies and theological studies. 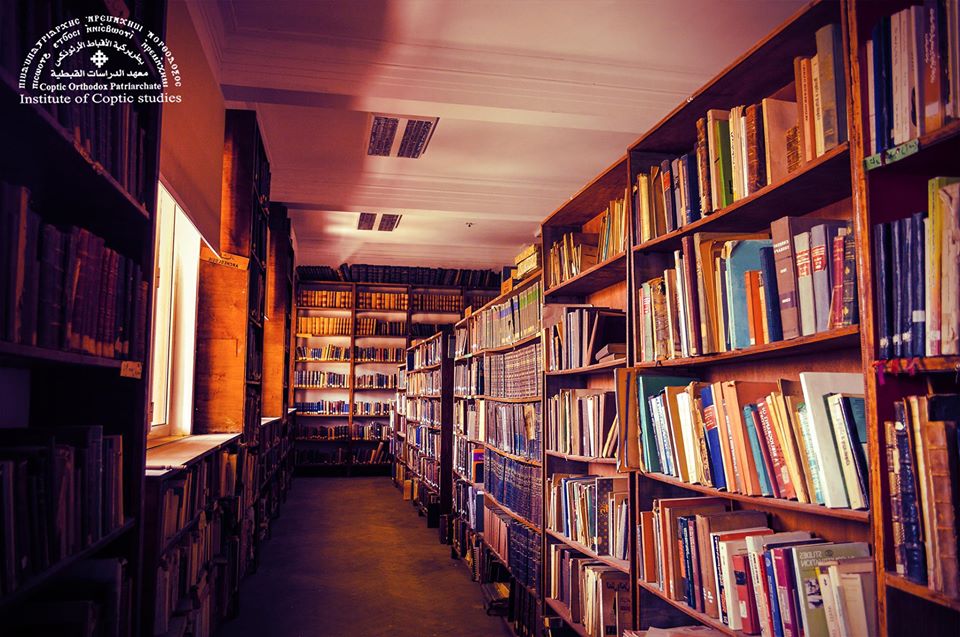 A large library affiliated to the institute was established with the help of a number of prominent Coptologists who donated rare books to the institute, or whose families bequeathed their private libraries to the institute after their death. These included Kamel Mikhail Salib, Habib al-Masri, Kamel Saleh Nakhla, Wissa Wassef, Gorgy Sobhi and Girguis Matta. Wassef Ghali, Naguib Iskander and Galila Sabri also helped fund the library.