The Court of Cassation, Egypt’s highest judicial authority, on 9 January 2023 rejected two appeals in the case of Ms Suad Thabet, known by the media as the “lady of al-Karm”.
The appeals had been submitted in January 2021 to the Court of Cassation by Ms Thabet and by Egypt’s Public Prosecutor, contesting a ruling by Minya Criminal Court in December 2020 that acquitted three men who had been charged with attacking the elderly Ms Thabet, a Copt, and stripping her naked in the street. The acquittal is now final.
Appeals before the Court of Cassation are limited to issues of law, not fact. Criminal convictions lacking sufficient supporting evidence to justify a finding of guilt can be (and often are) reversed as erroneous as a matter of law for violating fundamental standards of due process. If the Court of Cassation rejects an appeal, the rejection validates and finalises the conviction.
Ms Thabet was received by Anba Philopatir, Bishop of Abu-Qurqas the day following publication of the court ruling, at the diocese headquarter. A number of parish priests attended; the purpose was to offer her comfort and support.

Coptic woman stripped, homes burned
The story goes back to 19 May 2016 and took place in the village of al-Karm in Abu-Qurqas, Minya. Abu-Qurqas lies 300km south of Cairo.
Back then, a rumour circulated in the village of an affair between the Copt Ashraf Danial Ayad and the Muslim woman Naglaa Ragab, both in their early 30s, married and with children. Mr Ayad received threats to him and his family, which he directly reported to the police. Islam bans any relation or marriage between Muslim women and non-Muslim men, even though it allows such liaisons in case of Muslim men and non-Muslim women. Ayad hurriedly fled the village with his wife and four daughters. His old parents, however, remained.
The following evening, a group of some 300 men set off, armed with various weapons, and broke into seven Copt-owned homes and property. They looted their belongings and set five of them on fire, among them the Ayad family home. The losses were estimated at EGP350,000.
The assaulters beat Mr Ayad’s mother, Suad Thabet who was then 68, dragged her out of the house, and stripped her of her clothes, cheering and defaming her in front of a large crowd in the street. Her 79-year-old husband, Abdu Ayad was beaten and injured.
Ms Thabet testified that the Muslim mob which assaulted her was led by Nazeer Ishaq Ahmad, the husband of the Muslim woman Naglaa Ragab; his father Ishaq Ahmad; and his brother Abdel-Moniem Ishaq Ahmad.
The police arrived and arrested 24 Muslim villagers, among them the Ahmads, who were prosecuted on account of plundering and burning the Copts’ homes. The Ahmads were also prosecuted for their assault of Ms Thabet.

Presidential apology, Papal support
The attack against Ms Thabet shocked and outraged Egyptians, and brought on an apology from President Abdel-Fattah al-Sisi who also ordered that all the houses should be repaired by and at the expense of the Armed Forces, which was promptly done.
Pope Tawadros, who was then on a pastoral and medical visit to Austria, called Ms Thabet. In a voice shaken with emotion, he offered her support and comfort, and assured her that Anba Makarius, then Bishop of Minya and Abu-Qurqas, was in charge of the entire matter and would respond to her and her husband’s needs.
Ms Thabet took legal proceedings against Ishaq and his two accomplices but, after almost eight months of investigations and deliberations, the prosecution dropped the case because of inconsistencies in Ms Thabet’s testimony, and because several witnesses had gone back on their original testimonies. But the case was reopened in February 2017 upon a request by Ms Thabet’s defence.
In the meantime, Mr Attiya Jr was found guilty of an illicit affair with a Muslim woman, and sentenced to one year in prison. 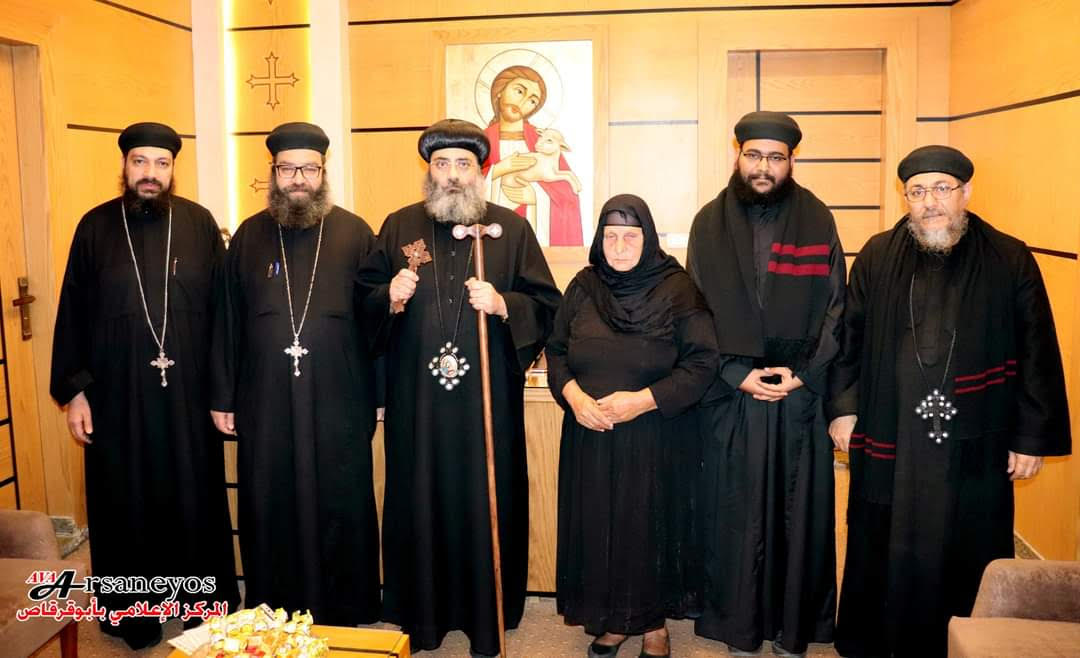 On 11 January 2020, Minya Criminal Court sentenced in absentia each of Mr Ishaq and his two accomplices to 10 years in prison. It is a legal principle that in absentia judgements apply the strictest ruling allowed by the law. The defendants showed up, turned themselves in, and appealed the ruling.
Again, in September 2020, Minya Criminal Court sentenced in absentia 23 men charged with burning five Coptic-owned houses in the village of al-Karm, Minya, in May 2016. The 23 men were handed sentences to life in prison, whereas a 24th, Muhammad Mohsen Farghali, the only one who attended the trial, was acquitted. Again, the defendants appealed the ruling.

Conciliation
In February 2020, just a few days before the case was scheduled to be seen in court, the Coptic owners of four of the five houses burnt in 2016 went back on their testimony against the defendants charged with burning their houses. With a conciliation in sight, they said they had been mistaken in the identity of those who set their houses on fire; they said it had been a dark night and they could not see well enough to identify the culprits. Practically, the change in testimony voided the case of any evidence against the defendants, and the Copts thus ‘reconciled’ with the 23 defendants whose case was then dropped.
‘Reconciliation’ is a term used to denote an out-of-court settlement between the parties to a dispute. If the evidence against the violating party is nullified, the legal authorities drop the charges and dismiss the case or, if it is already in court, the defendants are acquitted. It is a tradition followed mainly in rural communities, and is notorious when Copts are involved since the terms of settlement are usually unfair and oppressive to the Copts who are more often than not pressured or threatened to accept them. Upon signing a ‘conciliation agreement’ they automatically sign off all legal rights.
According to Ihab Ramzy, Ms Thabet’s lawyer, the Copts accepted conciliation without any pressure, claiming it was “the outcome of peaceful coexistence and neighbourliness”.
They said they were wary of vicious retaliation by the village Muslims should the court rule against them. “Who can guarantee us and our families safety and protection if those 23 men are sentenced?” the Copts said. “We just want to live in peace.”

Fears materialised
The Coptic owners of the fifth house: Ms Thabet, her husband, and their son-in-law, refused to conciliate. It was feared, however, that the changed testimonies of the Copts would work to undermine Ms Thabet’s case against the Ahmads.
The fears materialised on 17 December 2020 when the court acquitted the Ahmads.
On 10 January 2021, Egypt’s Public Prosecutor Hamada al-Sawy contested the Criminal Court ruling of 17 December 2020 which had acquitted three men charged with stripping Ms Thabet naked and beating her up. The Public Prosecutor referred the case to the Court of Cassation.
For its part, Egypt’s National Council for Women represented by its President Maya Morsy offered the Coptic woman, Suad Thabet, the opportunity for expert legal advice should she need it, and expressed its readiness to provide her with a defence team.
On 9 January 2023, the case was sealed with the Court of Cassations decision. 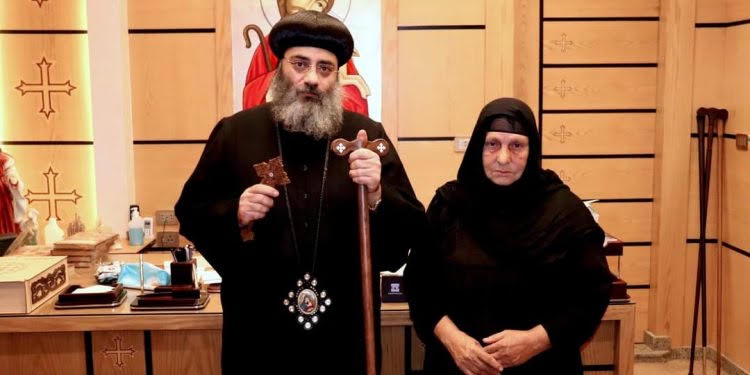 Editor’s note: The case the “Lady of al-Karm” has given rise to massive controversy on social media, with many seeing the final court decision as a let-down by the judicial system. Our above story has been taken out of our archives, and strictly cites only the facts related to the case, as reported regularly by Watani. We offer it to our readers for them to form well-informed opinions on the case. And we paste here all the links of content we posted online pertaining to the case.

Coptic anger rages at attack against Copts in Minya

The case of Lady of al-Karm reopened