The third Logos Forum for Coptic Youth was held by the Coptic Orthodox Church at the Logos Centre in the Western Desert Monastery of Anba Bishoy, some 120km northwest Cairo. The Forum ran from 20 to 27 August 2022 under the motto “Back to Roots”, and featured participation by 200 young men and women from 35 Coptic dioceses around the world.

Among the plethora of activities, the Coptic young people were escorted by Pope Tawadros, accompanied by a number of bishops, to a meeting with Egypt’s Prime Minister Mostafa Madbouly at the government quarters in the newly developed town of New Alamein on the Mediterranean coast. Participating in the meeting was Minister of State for Emigration and Egyptian Expatriate Affairs Soha Gendy. 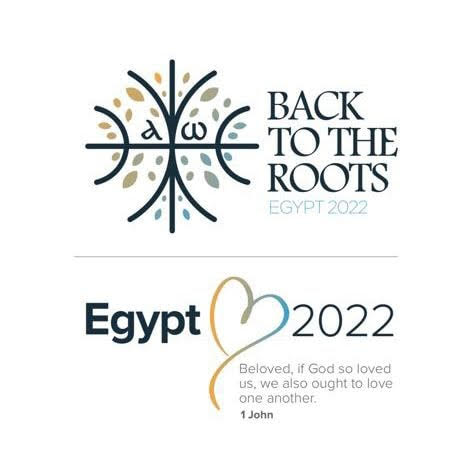 PM Madbouly started off by thanking Pope Tawadros, whom he described as a national symbol and a famed patriot, for the opportunity to meet the Logos youth who he said he was very happy to meet. He told the young people that Egyptians live together as one fabric, and that Egypt absorbs its children without discrimination or prejudice. He said he was glad the Forum was held under the slogan “Back to roots”, meaning the young people are connecting with their mother country. The Prime Minister said he hoped the visit would be an opportunity for them to see for themselves the huge development accomplished in Egypt; New Alamein, he said, was one example. “Five years ago,” he said, “there was not one building block here. Now you can see the town that has sprung in the desert.” 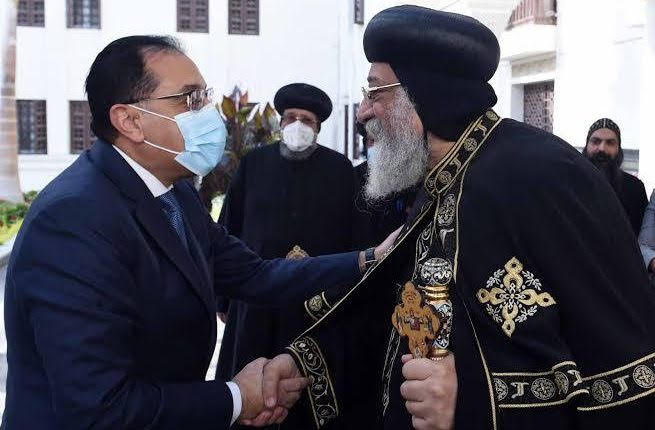 Mr Madbouly talked to the young people and answered their questions. He explained that Egypt underwent difficult times since the Arab Spring unrest in 2011 and its aftermath which negatively impacted the country’s economy. It is no secret, he said, that were it not for the mercy of God and the mammoth effort by Egyptians, the country would have drifted into a perilous fate. The massive Revolution of 30 June 2013, he said, brought down the Arab Spring Muslim Brothers’ rule and their attempts to subvert the time honoured Egyptian identity [in favour of an Islamic identity]. Egyptians chose President Abdel-Fattah al-Sisi to lead Egypt into the ‘New Republic’.

“For some 20 years before 2014, Egypt had not carried out any significant infrastructure works,” the PM said. In 2014, the population of Egypt was 15-16 million less than today, the unemployment rate was over 13 per cent, and the economy was nosediving.

“The population growth meant we needed to expand infrastructure investment. We built  towns such as New Alamein, which is not simply a tourist resort but includes an industrial city and a university; projects that yield returns.” 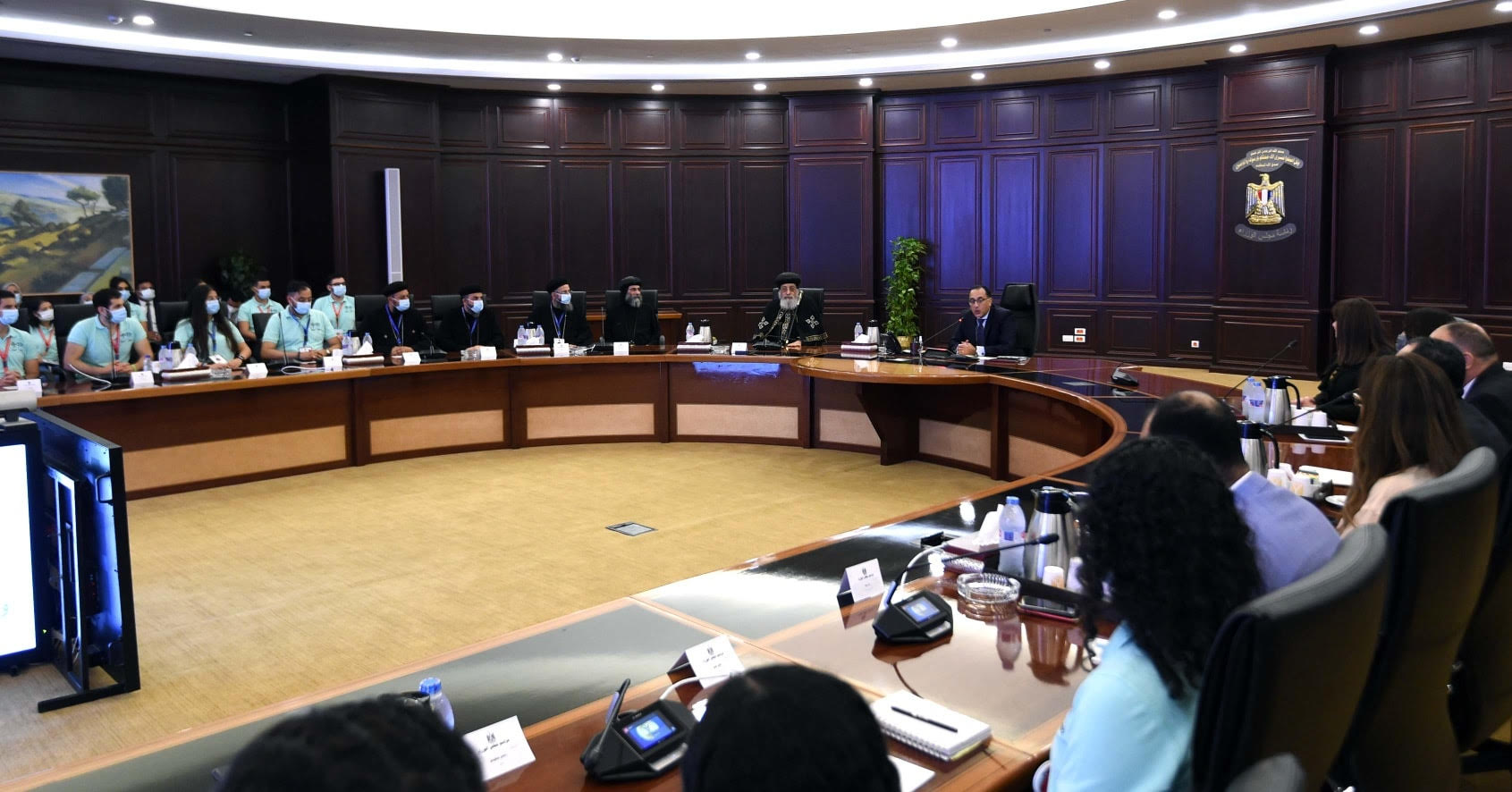 In reply to a question of why he showed such enormous interest in New Alamein, PM Madbouly said that former Egyptian governments had carved up Egypt’s north coast into small land plots which were sold to developers who used them to build privately owned tourist resorts [that brought in minimal returns and allowed a minority of Egyptians to monopolise the coast]. “We countered that by building towns like New Alamein as an economically thriving place. Other coastal towns are in the pipeline,” he said

For his part, Pope Tawadros remarked that the area of Alamein housed the church of St Marina, and that another church was being currently built in the new town.

The PM explained that Egypt is actively encouraging investment in numerous, diverse fields to achieve economic progress. He talked of water treatment and desalination projects to deal with the shortage of water; also Benban solar plant in Aswan, among the three largest such plants in the world, to shift to renewable energy; and the building of 250,000 fully furnished housing units equipped with home appliances to house at eminently affordable cost some 1.25 million residents who had been living in overcrowded disadvantaged neighbourhoods. He also spoke of the presidential initiative Haya Karima(Decent Life), a nationwide mega project that offers holistic development to improve the quality of life for the most vulnerable sectors in the country, especially the some 60 million residing in rural Egypt. The initiative was launched on a recommendation by the 2019 National Youth Forum. The PM brought in the spotlight Egypt’s gigantic efforts at education reform, and the establishment of new universities and specialised STEM higher education institutes.

In the healthcare field, the PM spoke of the presidential initiative to end waiting lists for surgeries, saying the government has financed 1.3 million surgeries in four years at a cost of EGP11 billion, many of them major surgeries. He also spoke of the national plasma production project, and explained Egypt’s efforts at pharmaceutical production, saying the country boasts 170 drug manufacturers, and is working to attract the multinationals to produce in Egypt. 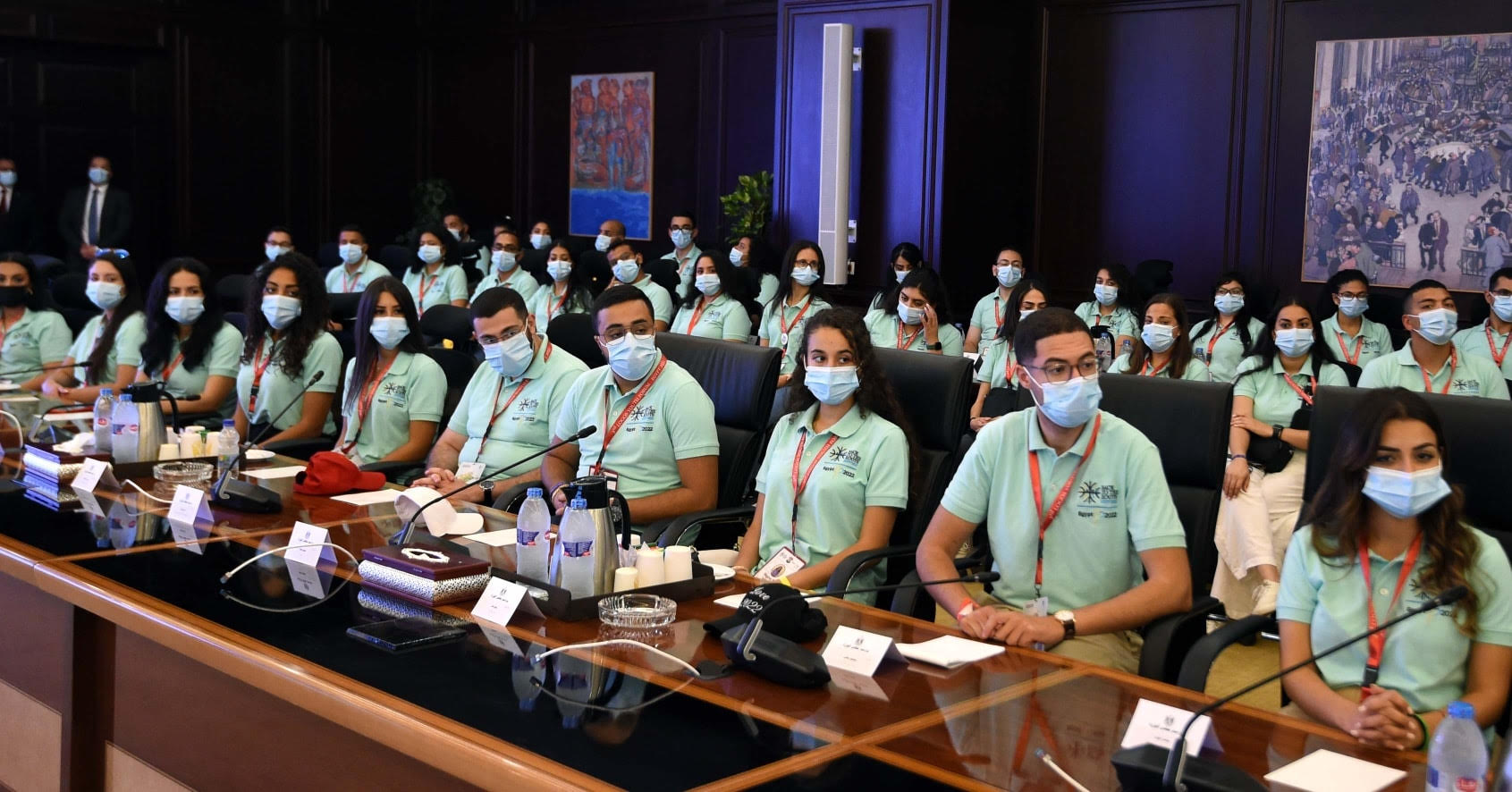 Mr Madbouly told the youth about efforts to bring in more revenue from tourism, saying that the new Tourism Minister has been chosen for his impressive expertise in the economy sector. He also told them about the government’s efforts to foster and encourage entrepreneurship.

“You have seen for yourselves”

Currently, the PM said, Egypt is facing economic challenges on account of the aftermath of the COVID pandemic and now the Ukraine war. “Yet we offer support to lower income families who would otherwise find it near-impossible to cope.”

Addressing the youth, the Pope said: “Do not believe the distorted image of Egypt presented by part of the media; you are now seeing for yourself what Egypt is really like.” 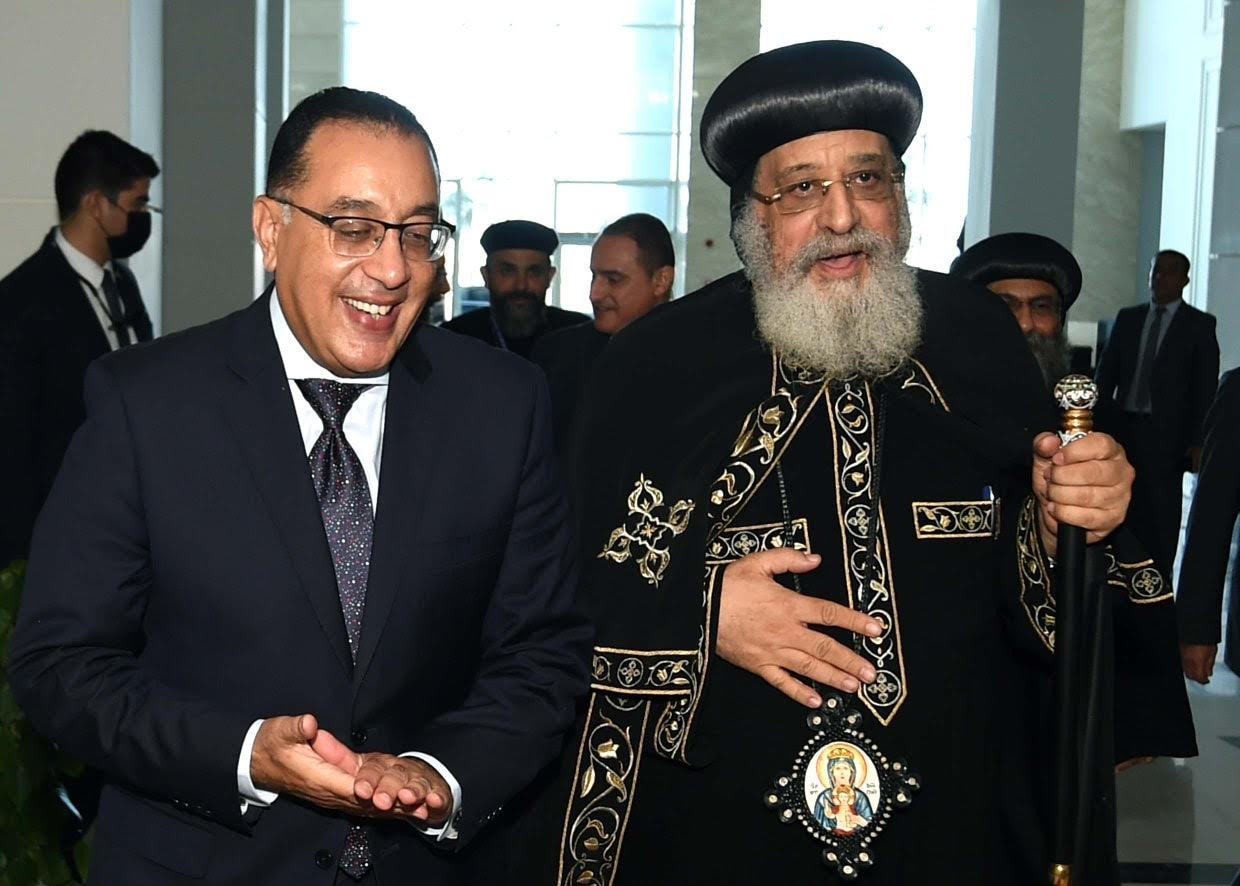