The date 15 February 2021 marks the 4th Feast of Modern-Day Martyrs, an annual feast assigned by the Coptic Orthodox Church to celebrate Christians in Egypt killed in the 21st century on account of their faith. 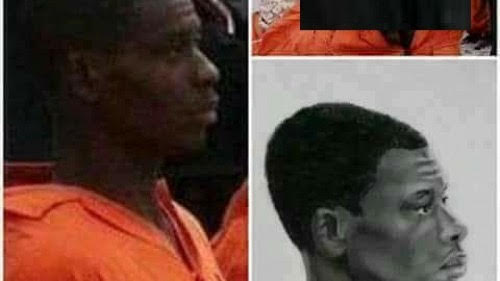 The date 15 February was chosen since it marks the day in 2015 when video footage was posted on the Internet by Daesh, also known as IS—the Islamic State—showing the beheading of 20 Egyptian men and one Ghanaian in Sirte, Libya. The Egyptians came from Samalout in the region of Minya, some 250km south of Cairo; 13 of them from the village of al-Our, the other seven from nearby villages. The video footage showed them lined up in orange jumpsuits on a spot on the Mediterranean shore in Sirte where they were one by one brutally beheaded by black-clad masked executioners. The last words each of the martyrs uttered were a quiet “Oh my Lord Jesus”, or “Lord, have mercy on me”. 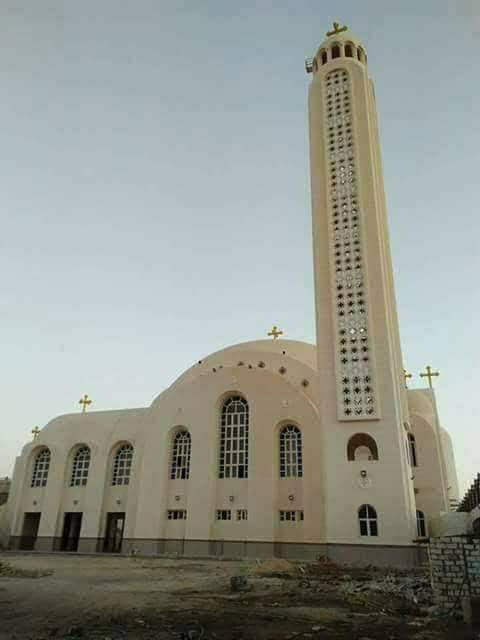 The 21 Christians beheaded in Libya were declared martyrs of faith by the Coptic Church, since they chose to die rather than deny their faith; they came to be known as the Libya Martyrs. The anniversary of the Libya Martyrs is marked on 15 February, and coincides with the Feast of Modern-Day Martyrs. 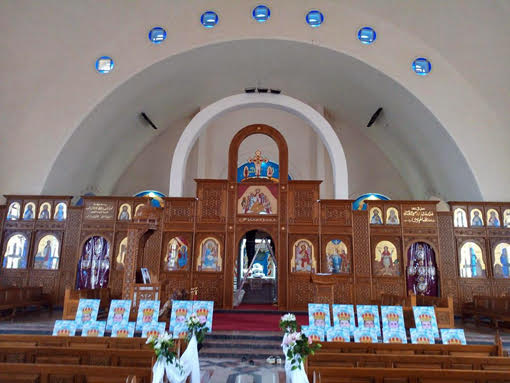 The remains of the martyrs now rest in a shrine inside a church built in their honour in al-Our. 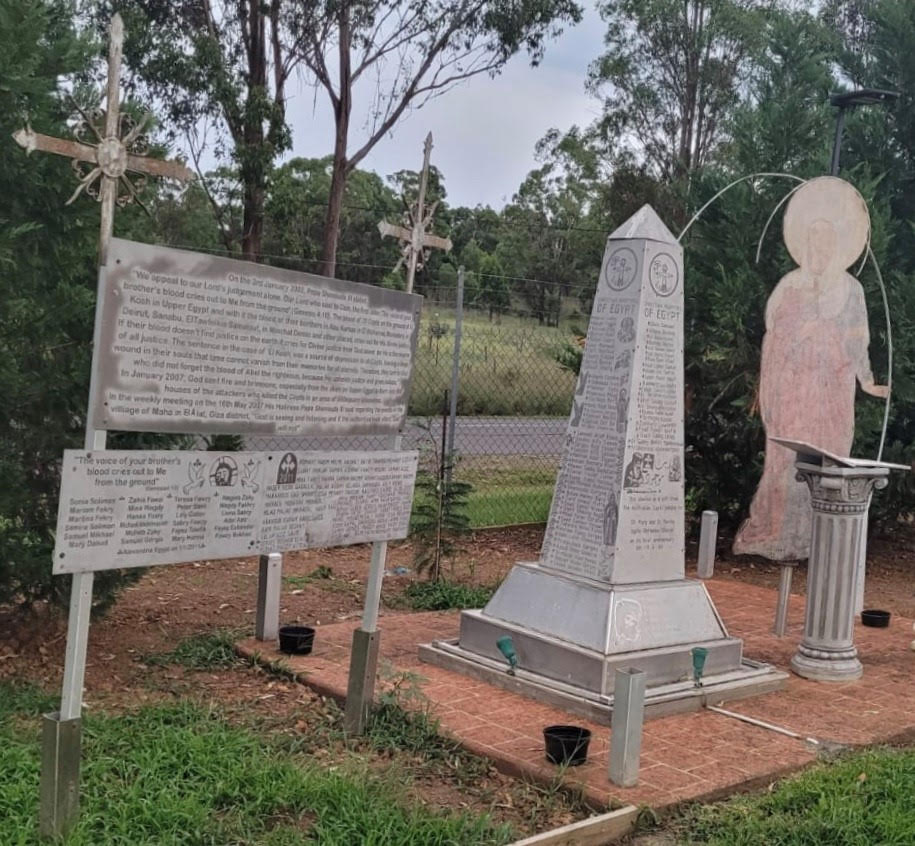 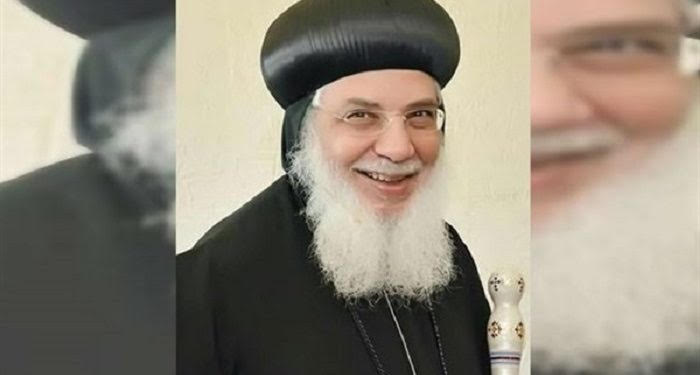 The bodies were moved to al-Our where they were placed in a special shrine at a church built in their honour. The church was built by Egypt’s Armed Forces, by order of President Abdel-Fattah al-Sisi who aptly named it the “Church of the Martyrs of Faith and the Homeland”. 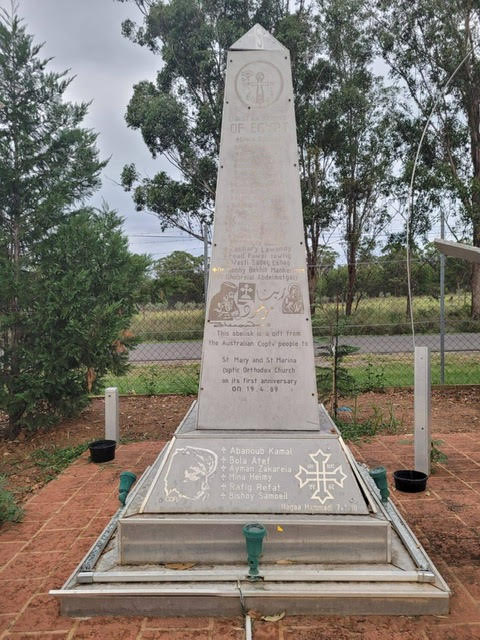 The relics of the Ghanaian martyr Matthew Ayariga were brought to Egypt from Libya upon formal request by Anba Pavnotius, Metropolitan of Samalout, in October 2020, with a pledge to hand the relics over to his family or country should they ever ask for them. Anba Pavnotius had made the request in response to persistent demands by the people of al-Our to have Matthew, as they fondly call him, rest alongside their martyrs.

The church at al-Our has become a pilgrimage site for Egyptians and non-Egyptians who wish to be blessed by the martyrs. Their feast is celebrated according to the time honoured Egyptian tradition of holding “spiritual awakening” evenings of prayer, praise, Bible readings, and sermons during the two weeks leading to the feast day. On the feast day, Mass is celebrated to commemorate them. 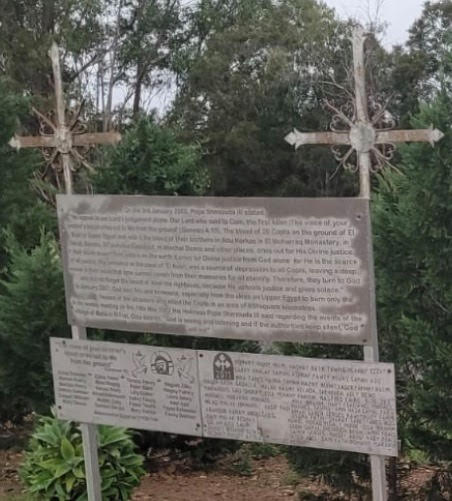 Because of the spread of COVID-19 this year, Anba Pavnotius decided had to cancel the spiritual awakening evenings which are usually well attended; it would have been very difficult to manage the crowds or control their numbers. But the eve of the feast will be marked with a Vespers incense service, and Mass will be celebrated for them tomorrow, the feast day. Both the service and Mass will be restricted to the Metropolitan, and a limited number of priests and deacons.

“On their feast,” the church priest said, “we pray to the Lord to lift the pandemic from the whole world, and for churches reopen and to resume activities.” 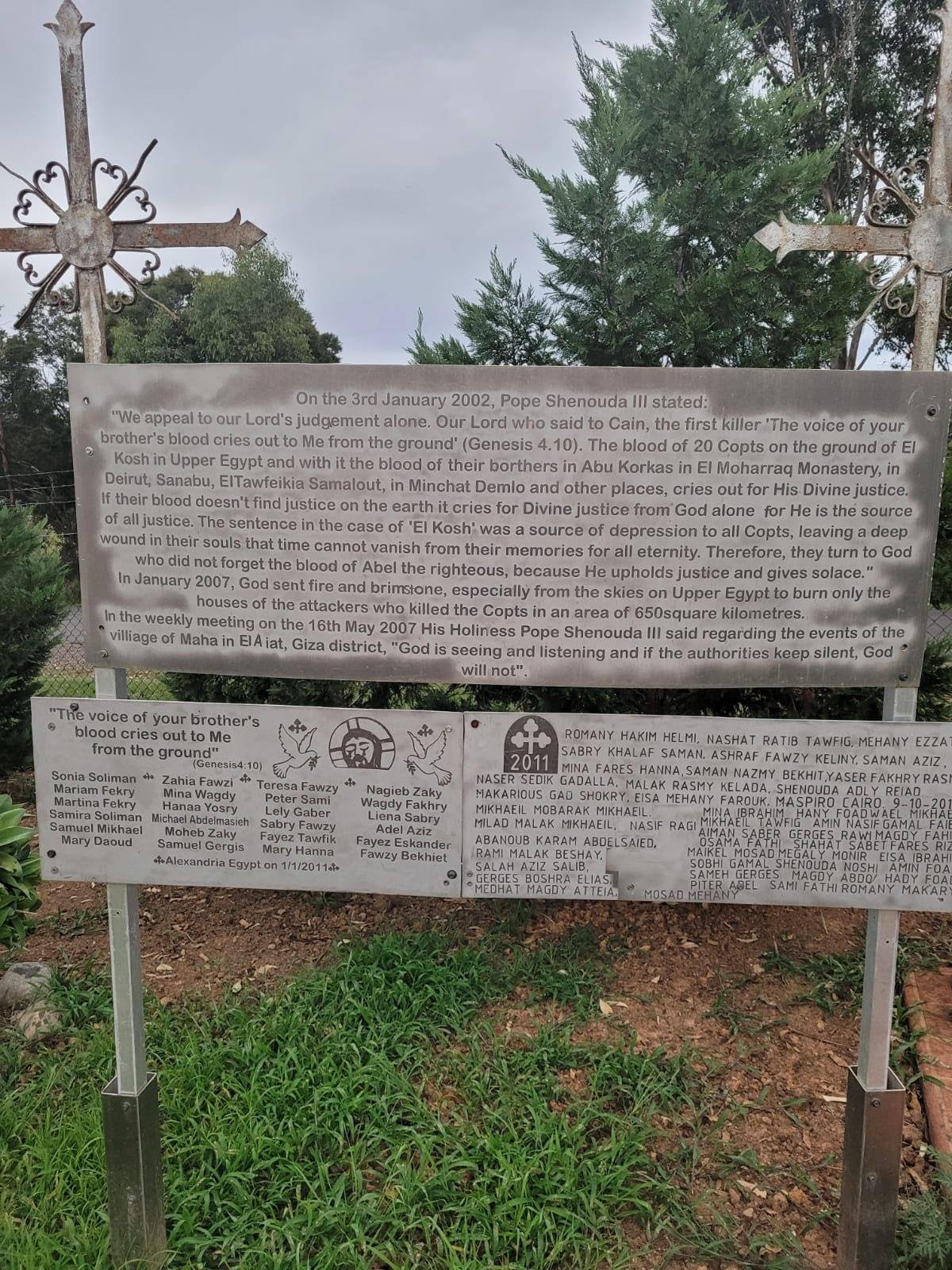 This year under the sponsorship of Anba Pavnotius, an anthem was sung for the first time to commemorate Matthew and sing a praise to him. Under the title of “The loveliest of tales”, the song was posted in video footage on social media, performed by Fr Menassa Samir and Mariam Girgis to lyrics written by Mina Magdy. The video starts with Anba Pavnotius welcoming Matthew’s relics in Egypt to join the martyrs of faith in their church in al-Our. The words of the song describe the martyr as: “Oh good-hearted dark-coloured guy …”, words commonly used by Egyptians to describe themselves. 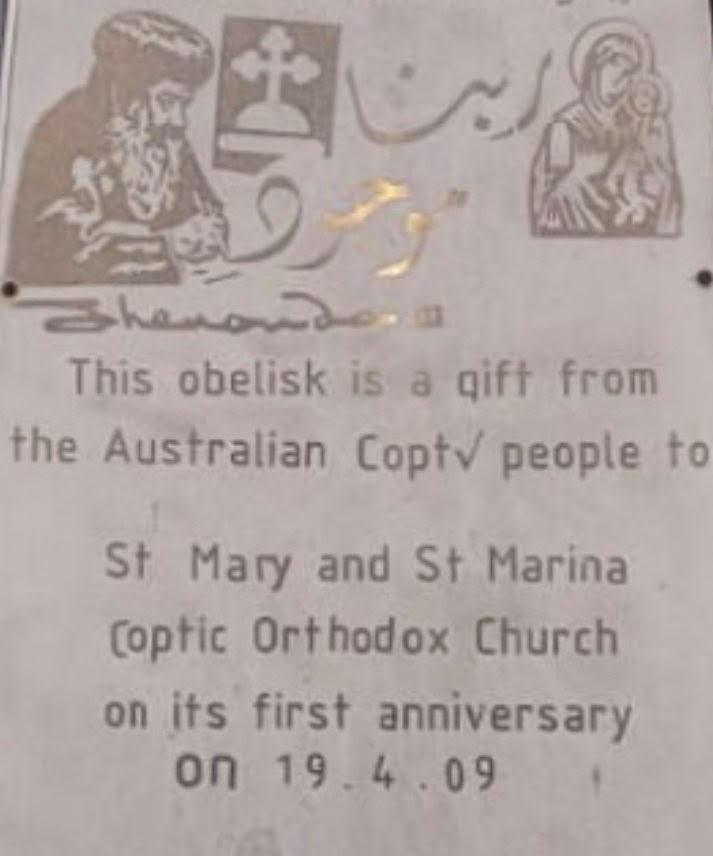 Coptic modern-day martyrs have been honoured not only in Egypt, but also in Sydney where a memorial was erected for them at the church of St Mary and St Marina as early as 2009. The memorial is in the form of a pharaonic style obelisk made of aluminium sheets, on which the names of hundreds of martyrs are inscribed in golden letters. Owing to the steady increase in the number of martyrs since then, the church added two boards next to the obelisk that carry the names of the more recent martyrs. 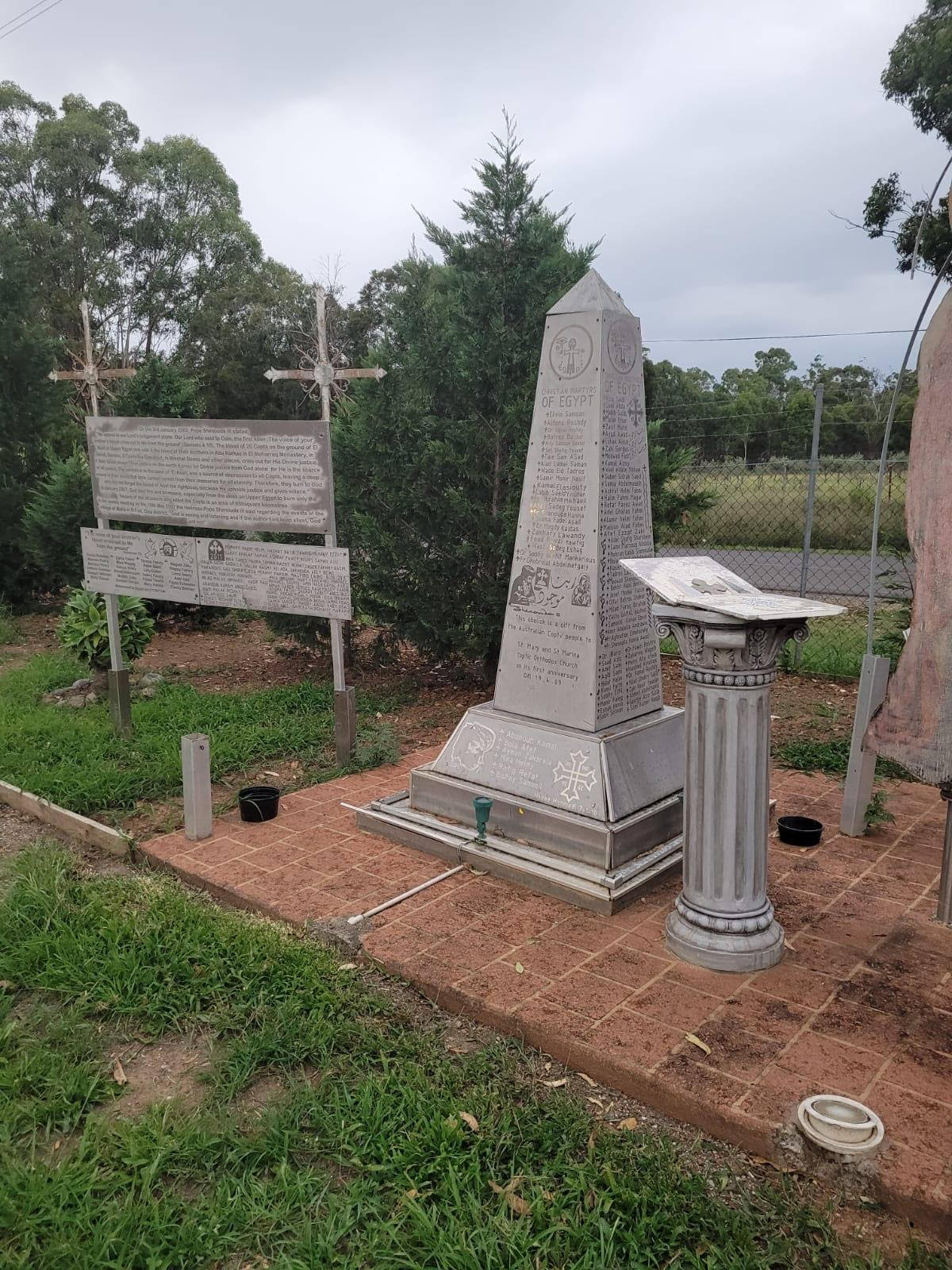 The obelisk carries words by Pope Shenouda III, patriarch from 1971 to 2012, which he said in the wake of a court verdict acquitting suspects in the murder of Copts owing to lack of evidence and conflicting testimonies of witnesses. The Pope’s words: “We appeal to God alone, who told Cain ‘The sound of your brother’s blood cries out to Me from the ground.’ We await Heaven’s justice.”

For details on Coptic modern-day martyrs:

Museum for Copts martyred in Libya