On 18 November 2020, Pope Tawadros II presided over Mass at the 5th-century church of the Holy Virgin, known as Qasriyet al-Rihan (literally “Pot of Basil”) church, in Old Cairo. The date marked the 8th anniversary of Pope Tawadros’s enthronement as patriarch of the Coptic Orthodox Church.

The Pope consecrated the renovated Qasriyet al-Rihan church which had been undergoing restoration works. The 5th-century church is located in the vicinity of the Roman-era Babylon Fort in Old Cairo. 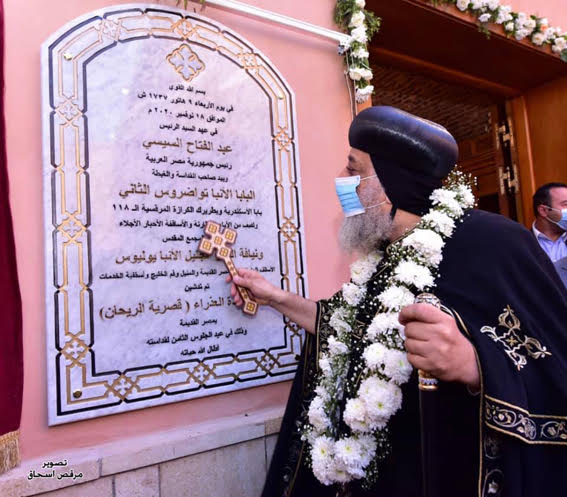 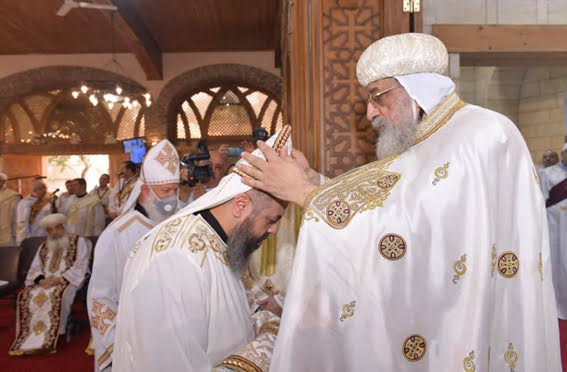 Anba Yulius, Bishop-General of Old Cairo churches and of the Bishopric of Social Services was at hand to receive the Pope, as were a number of bishops and Old Cairo priests and nuns. Upon arrival, the Pope unveiled the commemorative plaque that marks the consecration of the church.

During Mass, Pope Tawadros consecrated the old church and another modern one attached to it. He also promoted four Old Cairo priests to the rank of Hegumen.

Participating in Mass with the Pope were the bishops and priests. The congregation attending Mass was limited in number in respect for the avoidance of crowds and the social distancing observed as cautionary measures against the spread of coronavirus. 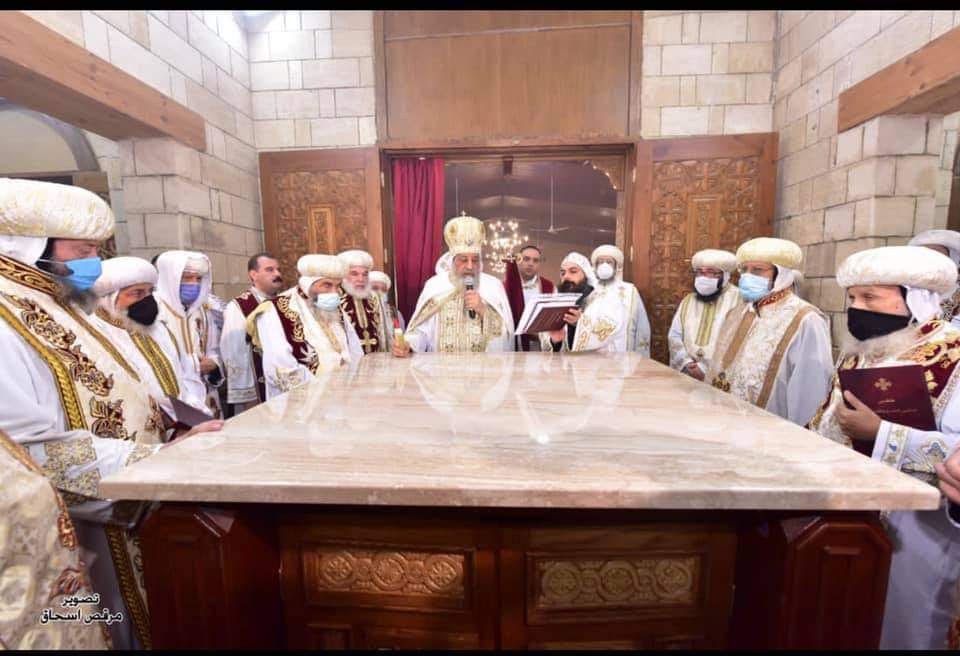 In a word he gave that evening, Pope Tawadros focused on principles. 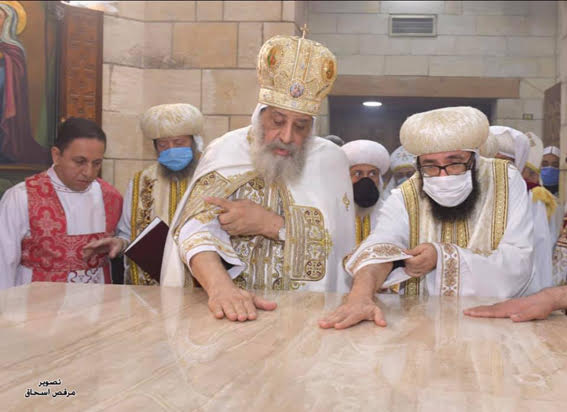 Starting with the third principle, the Pope cited it as “Only look to the positives and give no attention at all to the negatives”, a principle he said he had learned from his predecessor Pope Shenouda III. As the Lord allowed it the Anba Tawadros should become Pope in 2012, “the scope of my work increased, which only made this principle become even more important … and one experienced all kinds of situations. People may praise you, oppose you, refuse to accept you, wrong you, and so on, but a true servant must look at what is positive and not give any importance to the negatives because, my beloved brethren, negative things can act as a leash, limiting a person’s movements.”

The second principle the Pope listed was: “Look to the future and never to the past”.

He explained: “We give the Lord glory for all past achievements, but should not be overly preoccupied with them. Think of the future, think of what more you can do.”

As to the first principle, the one of paramount importance in the life of Pope Tawadros, he cited it as: “Love never fails”. He read from the 13th chapter of St Paul’s first epistle to the Corinthians: “Love suffers long and is kind; love does not envy; love does not parade itself, is not puffed up; does not behave rudely, does not seek its own, is not provoked, thinks no evil; does not rejoice in iniquity, but rejoices in the truth; bears all things, believes all things, hopes all things, endures all things. Love never fails.” This, he said was the very precious anthem of love.

Nabila Makram, Minister of Emigration and Egyptian Expatriates Affairs was among the congregation attending Mass that morning. The Minister extended her gratitude to Pope Tawadros for his efforts in supporting the services her Ministry provides to Egyptians inside and outside Egypt, and stressed that the patriotism of the Coptic Orthodox Church will go down in history. She commended the great role played by the Church regarding issues that required Egyptian solidarity and cooperation among all State institutions. “Pope Tawadros always conveys to the world a true image of peaceful Egypt during his pastoral visits to the Diaspora,” she said. 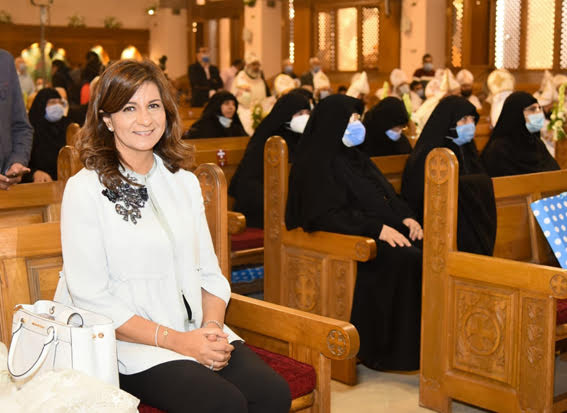 Ms Makram, herself a Copt, congratulated the Pope and the Church, praising the love, humbleness, forgiveness, generosity, and wide knowledge he has become famous for.

Addressing the Pope, Ms Makram lovingly said: “Thank you for the blessing of being there. We learn from you the value of work, upholding ethics, loving others and caring for the needy.” 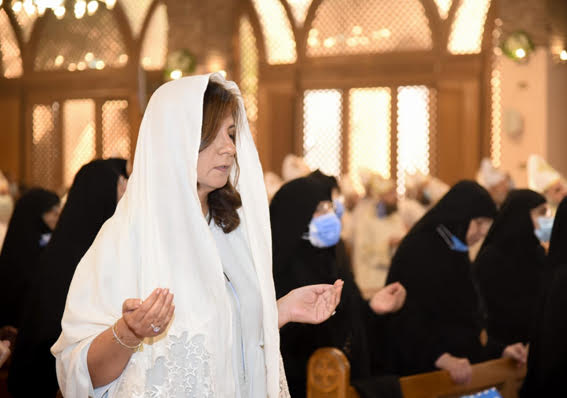 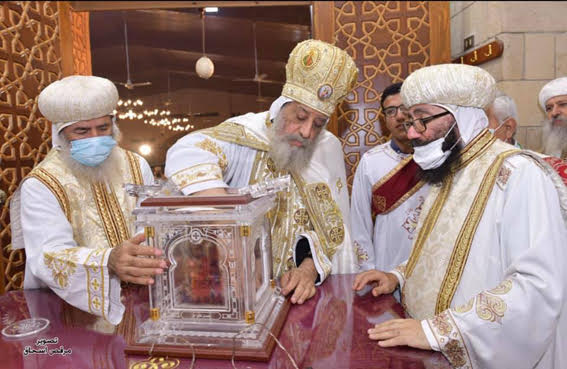 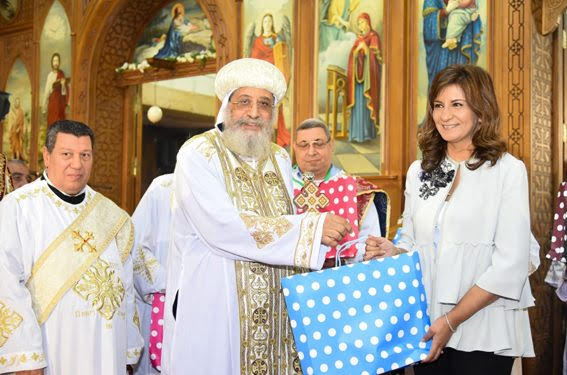 For details on the enthronement of Pope Tawadros II on 18 November 2012:

The gift of God 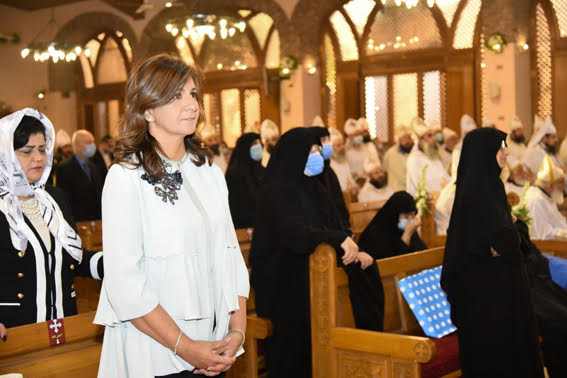 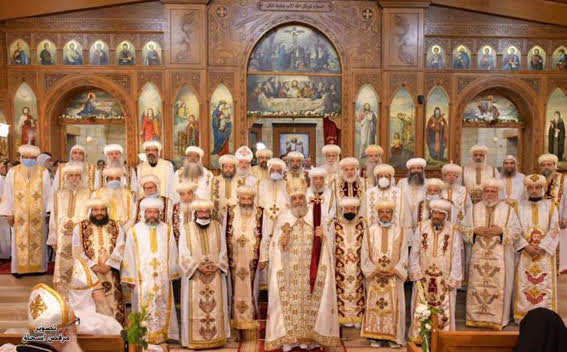 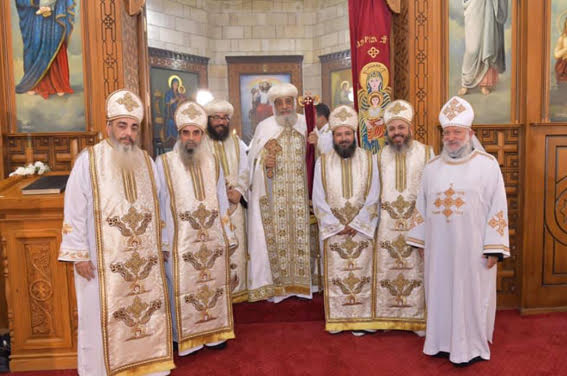 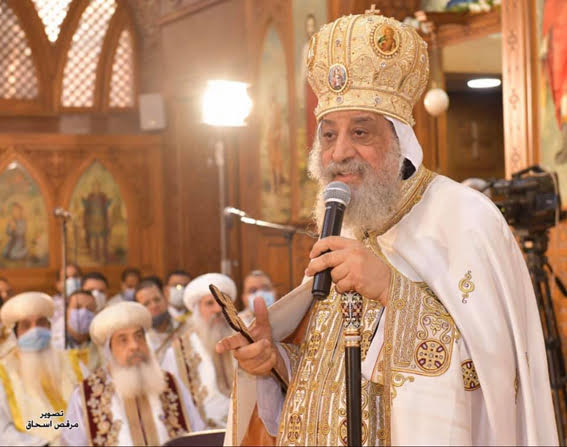 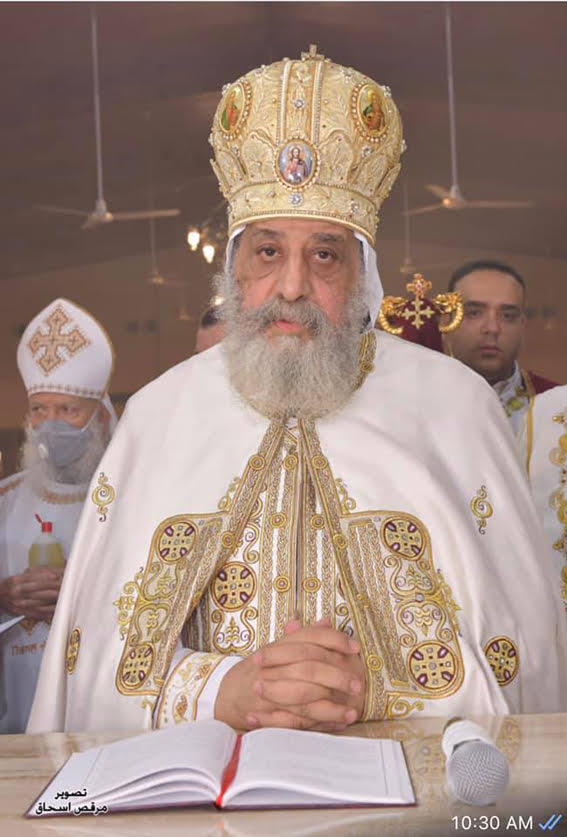