Over three days during the last weekend in November, Pope Tawadros presided over a seminar on Church services in the southern US, through video conference. During the seminar, the Pope convened with some 500 priests and church servants from the Coptic Orthodox diocese of Southern USA. Anba Youssef, Bishop of Southern USA, as well as Anba Basil and Anba Gregory, the two General Bishops of the Diocese also attended.

During the seminar which extended from 27 to 29 November, Pope Tawadros delivered three lectures about “Work of grace in the service”, “The [church] servant”, and “The person served”. The Pope based his lectures on the Epistles of St Paul. For the first lecture, he focused on Chapter 4 of the Second Epistle of St Paul to the Corinthians. The lecture entitled “the servant”, evoked the Second Epistle of St Paul to Timothy, whereas “the person served” was all about the first five verses of Chapter 2 of the Epistle to the Philippians.

In the wake of each of the three-hour meetings, Pope Tawadros answered questions posed by the attendants who were all, priests and church servants, grateful and delighted to be interacting with the Pope. They all felt his overwhelming love to his children in the Diaspora, and they sensed his great interest to communicate with them and guide them especially concerning the problems they face in their service. 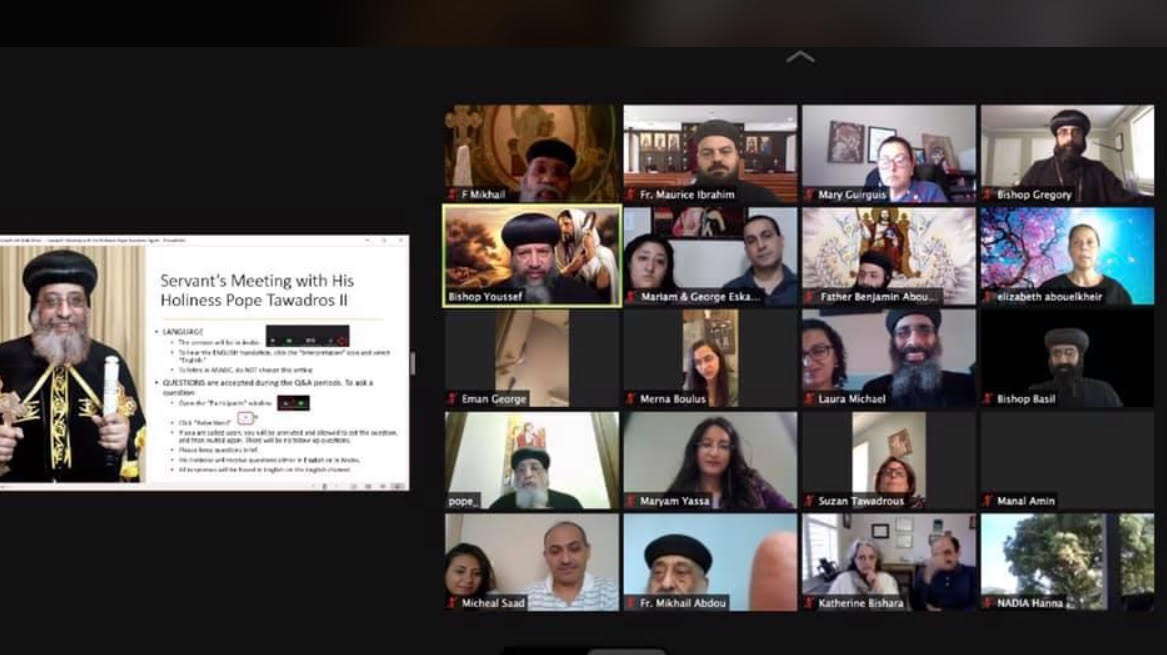