Pope Francis received on 22 July 2022 Sir Magdi Yacoub, the world renown Egyptian British pioneering heart surgeon, at the Vatican in Rome. The meeting lasted for 20 minutes, during which the Pope blessed Sir Magdi and the medical cooperation agreement signed between his Magdi Yacoub Foundation (MYF) and the Child Jesus Hospital for Childhood and Motherhood in Egypt. Pope Francis prayed for the Lord that the charitable endeavour would be a success. 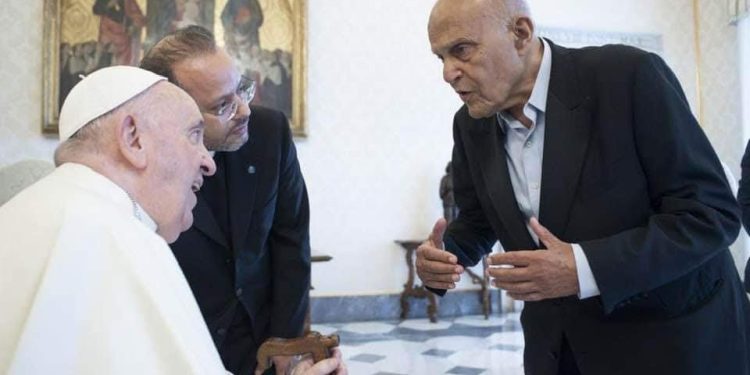 In an event held earlier at the Vatican, the medical cooperation agreement was signed by the MYF and the Child Jesus Hospital for Childhood and Motherhood in Egypt’s New Administrative Capital. The hospital is affiliated to the Child Jesus Charitable Society, a Cairo medical establishment that receives assistance from the Bambino Gesù Children’s Hospital in Rome.

The event featured launching the Society’s website in seven languages; also introducing the Society’s logo which was inspired by a gift from Pope Francis that included a statuette of Michelangelo’s La Pieta (The Mercy).

The agreement stipulates joint cooperation between the two sides in the medical field. The MYF—a world leader in cardiac treatment, surgery, and research—would treat children, train nursing staff, and collaborate in medical research.

The MYF was founded in 2008 by Sir Magdi Yacoub, in the Egypt’s southern city of Aswan. It offers top class medical services to heart patients in Egypt and the region free of charge, operating through donations. In recent years, it has been expanding inside Egypt and also in African countries. 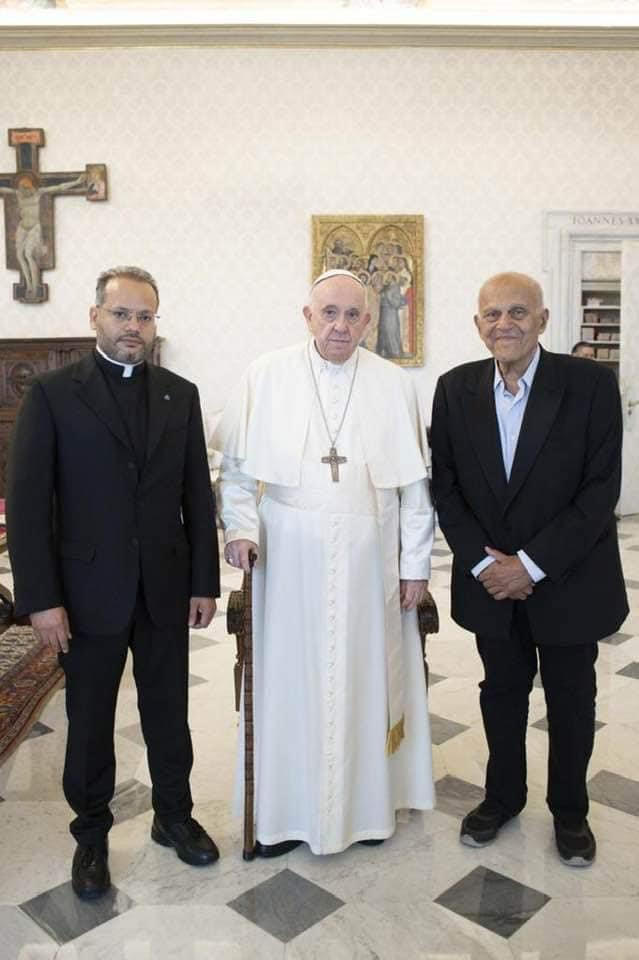 The comfort and the glory