At Logos Centre in the Western Desert monastery of Anba Bishoy in Wadi al-Natroun, some 120km northwest Cairo, Pope Tawadros II opened on 22 August the first Logos Forum for the Youth of the Coptic Orthodox Church in Egypt’s dioceses.

The forum, which runs till Monday 30 August 2021, is held under the motto “JOY”. Some 200 young men and women from various dioceses in Egypt are participating in the forum.

Members of the Holy Synod, including Anba Pachomius, Metropolitan of Beheira and Pentapolis; Anba Danial, Bishop of Maadi and Secretary of the Holy Synod, and Anba Raphail, Bishop-General of Downtown Cairo Churches, as well as a number of priests participated in the opening ceremony.

The ceremony started with the Pope heading to Logos theatre. Leading him was the traditional procession of white-robed deacons chanting Coptic praises to melodies that stem from those of ancient Egyptian joyful processions. Along the way, young people representing the various regions in Egypt stood in their local national dress to welcome the Pope.

In the theatre, Pope Tawadros said an opening prayer, following which the Egyptian national anthem was played, and the event began.

Pope Tawadros gave a word in which he explained that among its objectives, as its motto suggests, the forum aims at teaching participants to be ambassadors of joy, each within his or her family, church and nation. The forum also aims to promote “Relishing Roots”, roots taken to denote heritage in all forms.

The Pope warmly told the young people that youth are the nation and the church’s most precious asset, and that Egypt is the best place to enjoy roots. The Coptic Orthodox Church, he reminded, is very keen on honouring roots. Roots, he said, are “gifts handed to us by the grace of God”. Egypt was gifted with the Flight of the Holy Family to its land, when the Child Jesus, his Mother Mary, and St Joseph took refuge there as the Gospel says. It was also gifted with Isaiah’s prophecy “Blessed be Egypt my people”, and with St Mark bringing Christianity to its people. 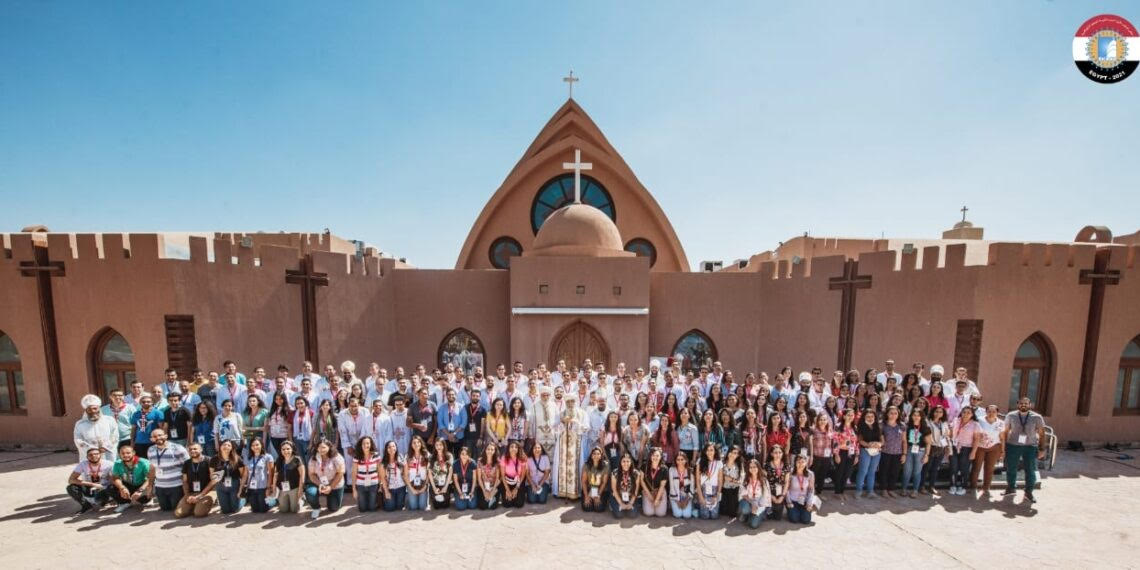 At the close of the ceremony, Pope Tawadros said a prayer which he asked all the young people to join in. The prayer was mainly for Egypt, the Nile, and the Church. It said:

“Our Good Lord, Lover of Humankind, all humankind

“The Pantocrator of all creatures, all times, and all matters

“You in whom there is no variation or shadow of change

“You are faithful to your promises yesterday, today, and forever

“We thank You, Bright Morning Star and Head of our Church

“King of kings and Lord of lords

“Head and completion of our faith …

“We ask You, O Father of lights, to shine on your Church in your heavenly wisdom

“Secure her foundation, O Rock of our sacred faith

“With your wisdom O Lord, and your goodness, satisfy every living soul with your gladness

“O Water of Life which gives life to our thirsty souls

“We ask You, O Giver of Life, to manage the waters of our Nile

“Because You are the All-Powerful to whom all creatures submit.

“O Prince of Peace, the giver of real peace to those who ask

“Give Egypt peace, and her people tranquillity.

“As You blessed her in the days of old, bless her now too.

“For Yours is the power, the glory, and the blessing for ever more. Amen.” 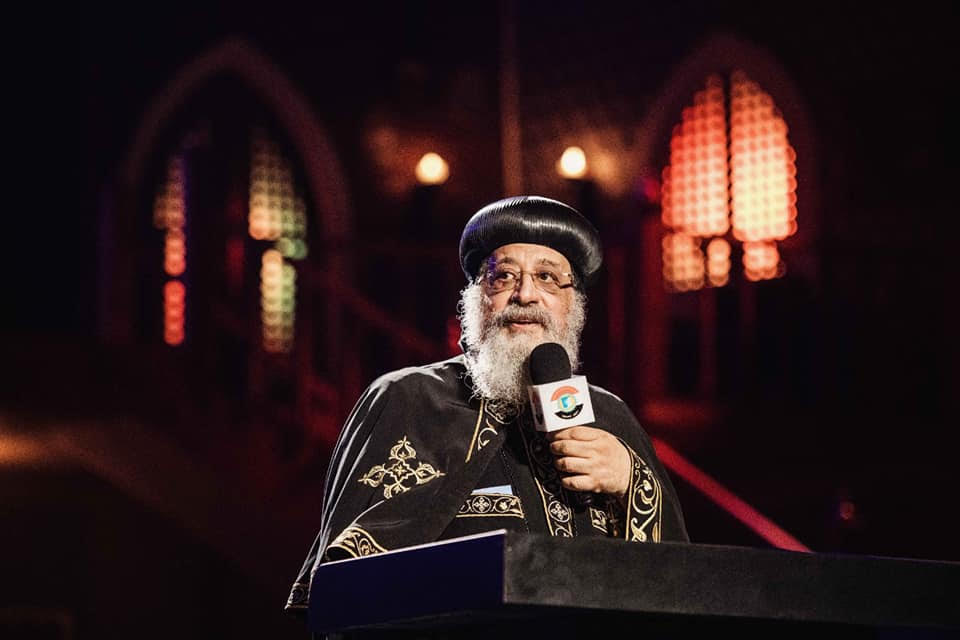 The following morning, 23 August, saw Pope Tawadros preside over Mass at the church of the Transfiguration in Logos Centre, which the young people attended. 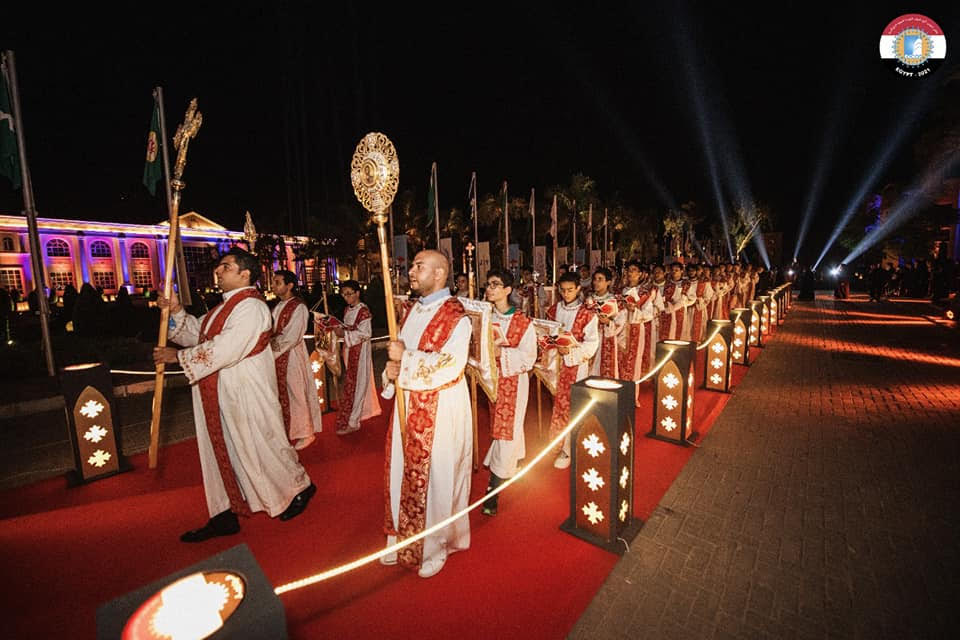 In September 2018, a “Back to Roots”, World Youth Week of the Coptic Orthodox Church was held, but this was a gathering of Coptic youth of the Diaspora. Over one week, some 200 second- and third-generation young men and women of the Coptic Diaspora from more than 50 countries across the world were invited to spend one week at the desert monastery in Egypt. Side by side with spiritual activity, the participants, aged 22 to 28, were treated to a cultural and tourist programme that included visits to Egypt’s renowned landmarks and monasteries.

This year’s forum however focuses on youth inside Egypt. 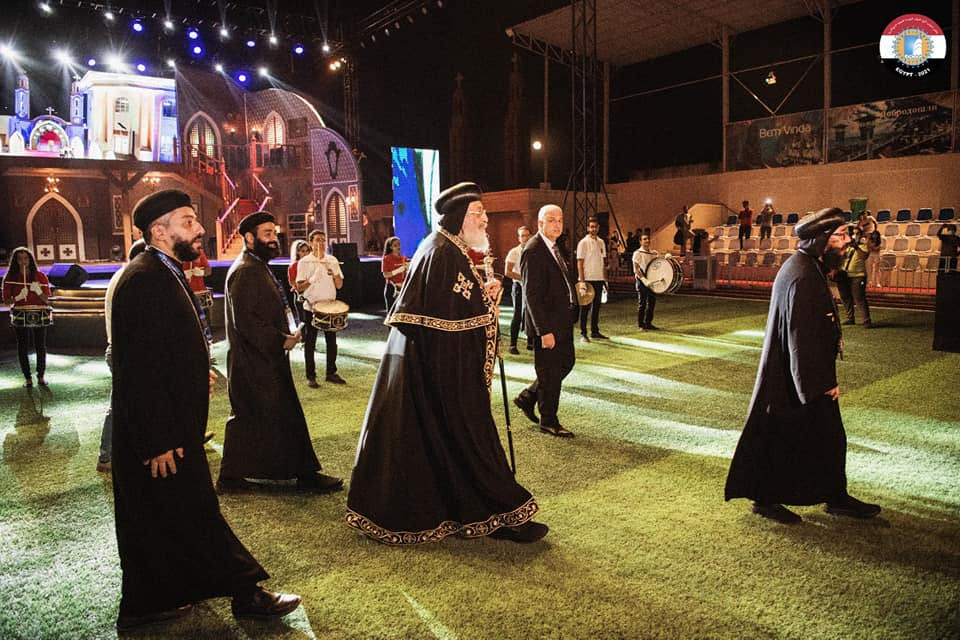 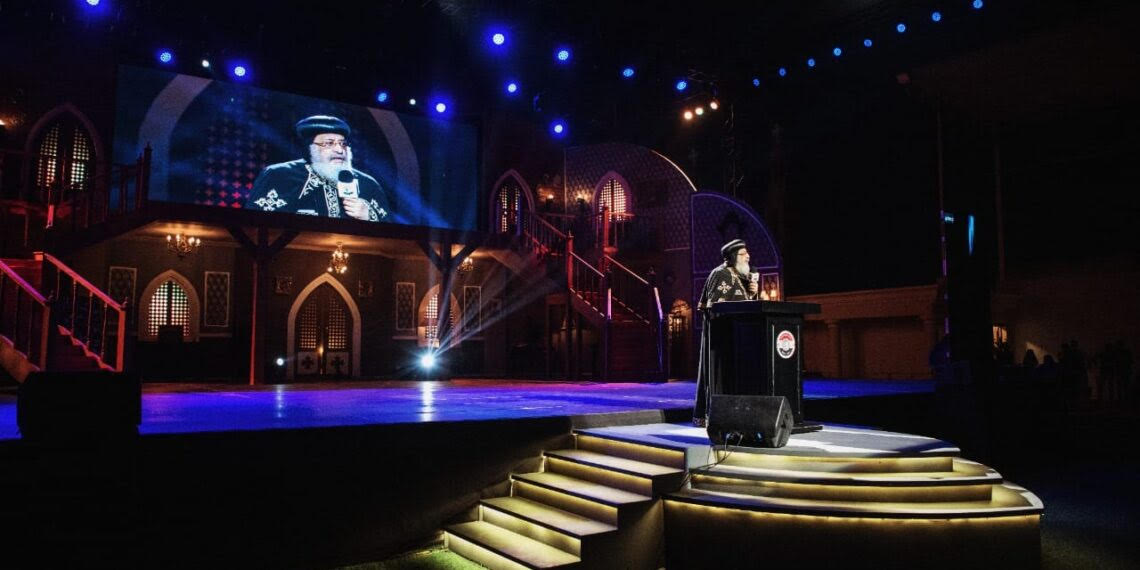