Following 45 years of monastic life—36 of which he served as bishop—Anba Lucas, Bishop of Abnoub, al-Fateh, and New Assiut in Assiut (some 350km south of Cairo) and Abbot of the Monastery of Mar-Mina (St Mina) al-Mu’allaq (The Hanging Monastery) on Abnoub Mountain, passed away aged 72 on the evening of 12 February.

A funeral service was held for him today at 1pm at St Mark’s Cathedral in Abbassiya, Cairo. Pope Tawadros presided over the service, and was joined by a large number of Coptic metropolitans and bishops. The funeral also was attended by Assiut officials and professors from Assiut University. 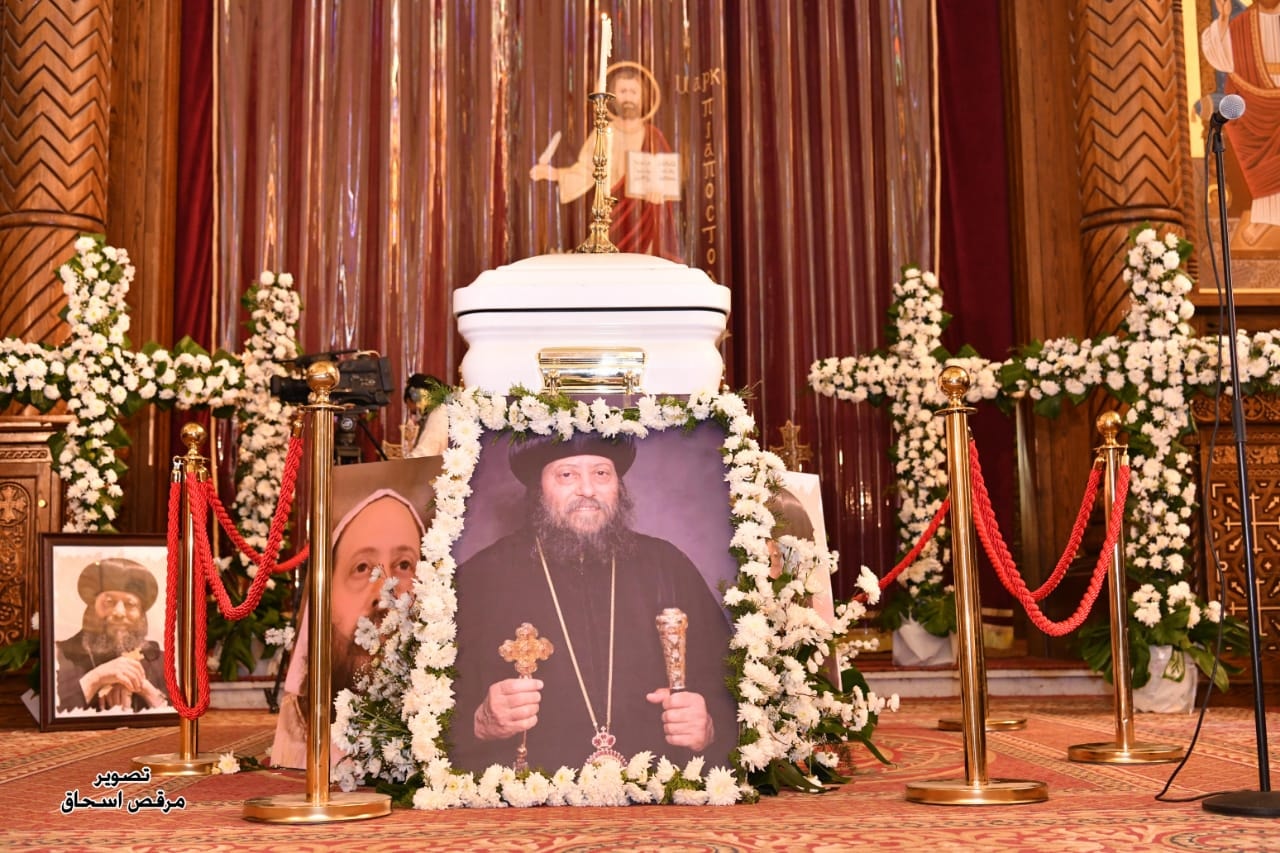 Pope Tawadros gave a word in which he said: “Despite the pain and grief, we bid Anba Lucas farewell on hope of the Resurrection. We bid farewell to a faithful servant, godly monk, and venerable Bishop.”

Many say that death is the only truth in our lives, the Pope said, and people view it as an unpleasant visitor. Death, however, is no evil. It helps focus us on the worthlessness of the conflicts and struggles on earth, all of which Death brings to an end. King Solomon described earthly life in Ecclesiastes 1:2 as: “Vanity of vanities, all is vain.”

Death helps us keep our eyes on Heaven, the Pope said; the desire of our hearts being to live amid the blessed saints and martyrs in the place of everlasting peace and joy. It also reminds us to lead a life of preparedness.

“Our beloved Bishop Anba Lucas,” the Pope said, “lived his life in a state of preparedness and eagerness to attain eternal life. He was well known for his profound concern and care for every one in his parish. He took upon his shoulders many responsibilities, including the revival of monastic life and tradition at the Hanging Monastery of Mar-Mina on Abnoub Mountain until the Holy Synod officially recognised it as a thriving monastery in 2000 / 2001.

“Anba Lucas was an active member in several committees of the Holy Synod on which he served. He enjoyed excellent relations with Assiut officials; we have received condolences from a very large number of them.”

Pope Tawadros made the announcement that Anba Arsanius, Bishop of al-Wadi al-Gadeed, would act as papal delegate to the Diocese of Abnoub, al-Fateh, and New Assiut.

The late Bishop’s body then was moved to his parish church in Abnoub for another service among his congregation, and for burial there.

Pope Tawadros II and the Holy Synod had last evening issued a statement mourning Anba Lucas. The statement honoured the memory of Anba Lucas for his 45 years of faithful monastic life and 36 years of votive pastoral service in his parish. “The beloved Bishop has fought the good fight, finished the race, and kept the faith in steadfast dedication until he peacefully departed to the place of rest,” the statement read. “We are confident that he can now hear the Divine voice welcoming him to everlasting life: ‘Well done, good and faithful servant; you were faithful over a few things, I will make you ruler over many things. Enter into the joy of your lord,’ (Matthew 25:21).

The Pope and Holy Synod offered their condolences to the priest assembly of Abnoub and al-Fateh, the congregation, and the monks of Mar-Mina Monastery. 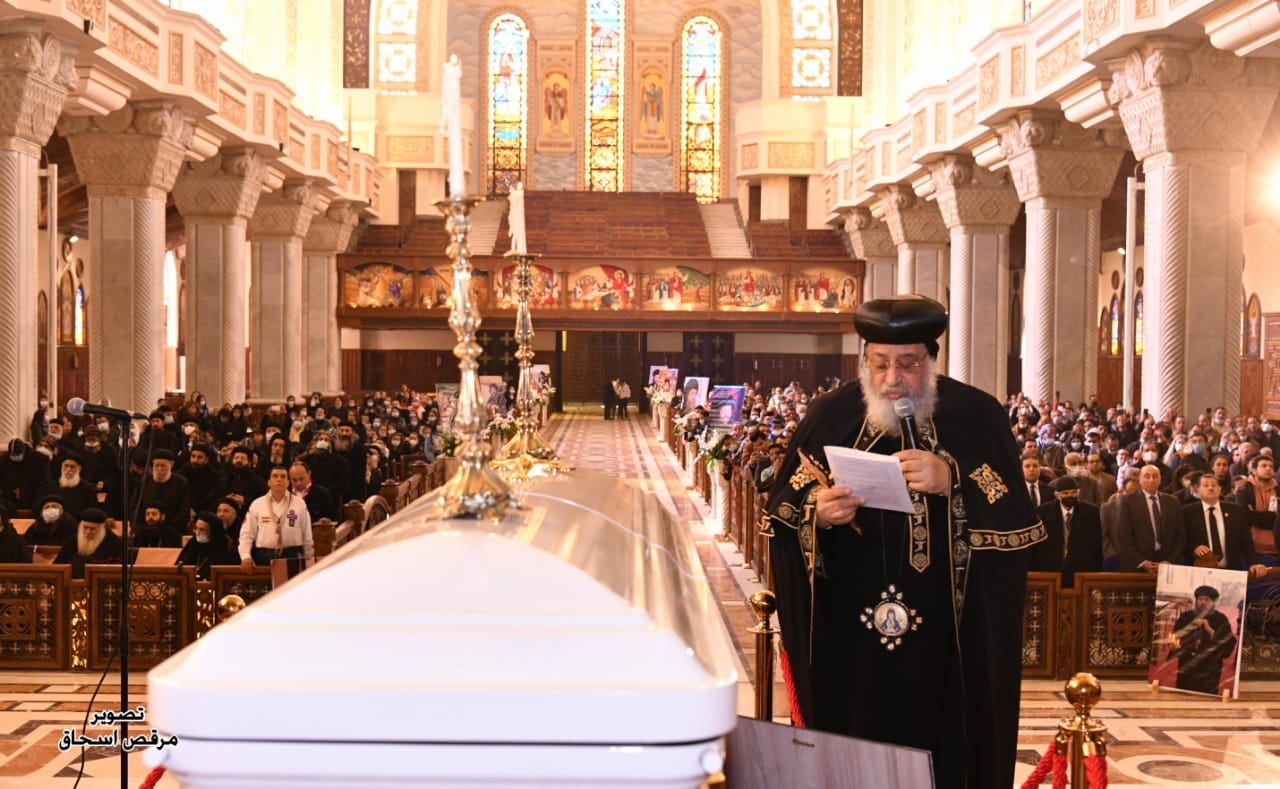 He took monastic vows on 23 March 1977 under the name Fr Arsenius Abba Bishoy at Anba Bishoy Monastery in Wadi Al-Natroun in Egypt’s Western Desert where, among his services, he supervised the retreat house at the monastery.