Pope Tawadros II has received at the Papal headquarter in Abbassiya, Cairo, a group of top students of al-Karma Language School (KLS) in Maadi. The school is a private language school that offers students the opportunity to earn a Thanawiya Amma certificate, the Egyptian secondary school certificate; or the international IGCSE. The Coptic Orthodox Diocese of Maadi owns a 25 per cent stake in the school. 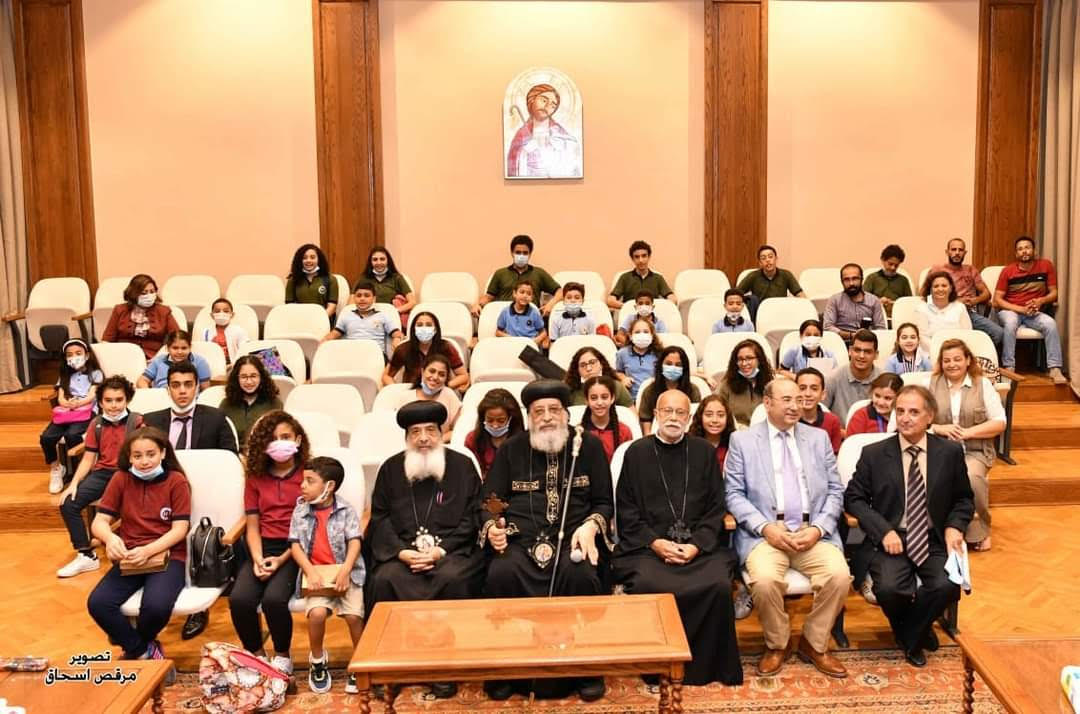 The students visiting the Pope were accompanied by Anba Danial, Bishop of Maadi and Secretary of the Holy Synod; the school head; and a number of their teachers.

Anba Danial started off by thanking Pope Tawadros for his concern about education and for his efforts in the establishment of new schools. He gave a briefing on the KLS since its establishment in 2004 and its development ever since. Students gave words of greeting to the Pope in both the Arabic and English languages. 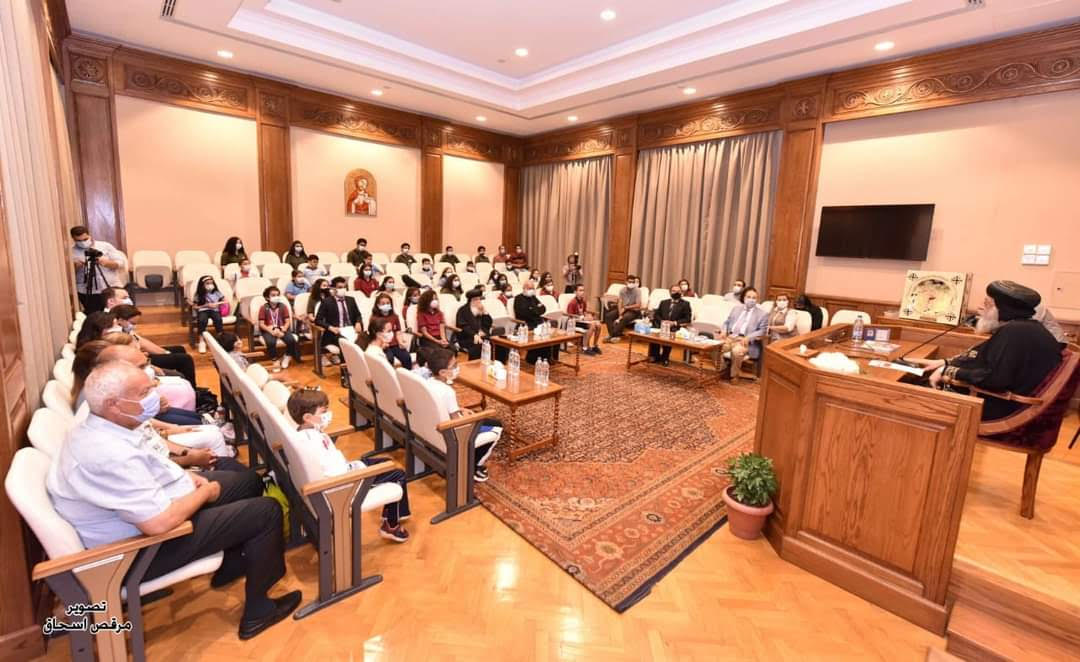 The school head gave an idea on the area of excellence each of the students took credit for, also the awards and medals they had won. A preparatory school student gave a short presentation of his invention of a robot that can be used in sanitisation and disinfection, operated remotely through voice commands on a cell phone.

Pope Tawadros for his part gave a warm welcome to Anba Danial, the teaching staff, and the students. He listened to each talk about their interests and their dreams for the future. 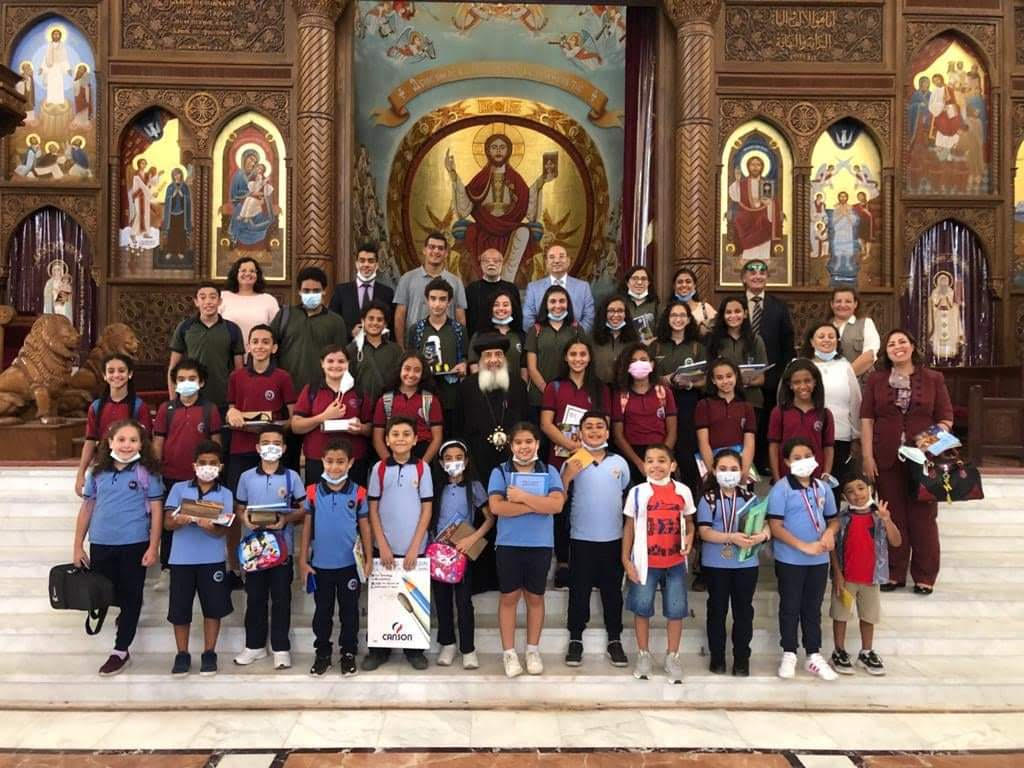 The Pope spoke to the students on the three H’s: Head, which commands knowledge; Heart, which overflows with sentiments; Hand, which denotes being united in diversity just as the five fingers on one hand are. To his eager audience, the Pope went on to explain, in his by now famous capacity to communicate and engage with children, that these three H’s should be preserved in purity and should work together in harmony. 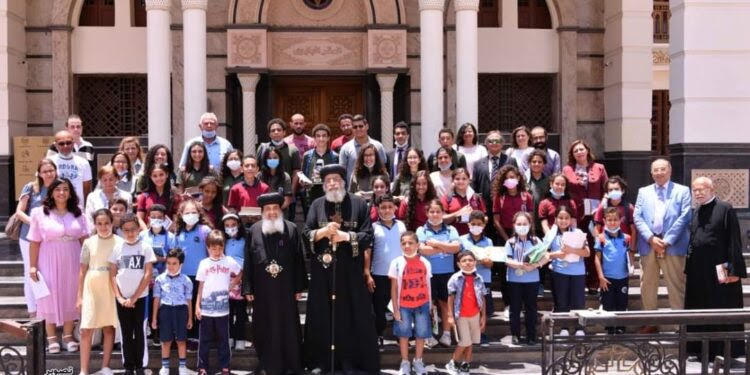 The visit concluded with the Pope giving the students souvenir gifts, and taking group photographs with them.