This month, June 2021, marks 20 years on the passing of musicologist Ragheb Moftah (1898 – 2001), a man who will go down in history for having spared no effort, time, or money to preserve Coptic music, a genre of music that goes back in history to ancient Egypt. Watani marks the occasion by republishing an interview conducted in December 2015 with his niece Laurence Moftah who gives a first-hand account of her uncle’s momentous endeavour.

“Coptic music is such a great musical genre, so great that we could consider it one of the Seven Wonders of the World. In fact, a chorus filled with the spirit of God chanting Coptic hymns can ignite the spirituality of the entire Christian world. Scholarly research proves that the music of the Coptic Church is the oldest known form of liturgical music and is considered the oldest school of music currently existing in the world. The Coptic Church has preserved an inestimable heritage of Church music thanks to its conservative nature which has lived on since its earliest days.” These were the words of Coptic musicologist Dr Moftah, known as the Father of Coptic music, describing the liturgical music which became his passion and for which he dedicated his entire life.

The Coptic Church has jealously guarded its oral musical heritage over the centuries, rejecting any attempt at corrupting it. It took until the 20th century, however, for that music to be inscribed in musical notation. Dr Moftah, an inspired Coptic musicologist worked for decades with other dedicated musicologists: the British Ernest Newlandsmith (1875 – 1957), Hungarian Margit Toth (born 1920), and American Martha Roy (1913 – 2011) to get that job done.

Dr Moftah was born in Cairo in December 1898 to a landowner Coptic family. He pursued his post-secondary education at Bonn University in Germany, where he obtained a BSc in agriculture in 1919, with the prospect of using his study in that field to benefit the land he would inherit from his father. However it was music, not agriculture, that was his passion. He went on to study music history and obtained degrees from Bonn and from the University of Munich before returning to Egypt in 1926.

Dr Moftah was one of the founders of the Institute of Coptic Studies, established in 1954, where he headed the Music and Hymn Department. He pioneered the preservation of Coptic liturgical music, and it is thanks to him that for the first time in history Coptic hymns and chants, which had been transmitted orally from generation to another, were recorded and notated and thus preserved from loss.

Dr Moftah died on 18 June 2001 at the age of 102, leaving behind a wealth of Coptic musical heritage. One year before his passing away, Watani produced a documentary about him, directed by the musicologist and Watani journalist Adel Kamel (1942 – 2002).

Let us begin with the question of who was Ragheb Moftah?

Ragheb Moftah was a scholar who was self-denying, ethereal and uninterested in all worldly matters. I personally worked with him extensively from 1978 until he passed away in 2001. I can assure you that during those years he never sought fame or glory; on the contrary, he used all the wealth he inherited from his father to finance his scholarly goals. He therefore lived for many years in poverty, dedicating his life to the preservation of the Coptic musical heritage; he did not marry until the age of 66.

When and why did Dr Moftah begin his project to preserve Coptic hymns and chants?

My uncle started his preservation project in 1927 because he wanted to safeguard the Coptic musical heritage from loss under the influence of modernisation, and wanted to preserve this rich heritage for the future generations. Coptic hymns were always an oral tradition that was passed down from generation to generation of church cantors, many of whom were blind and had developed an incredible ability to memorise hundreds of liturgical hymns. Dr Moftah’s first achievement was the recording of Coptic liturgical hymns chanted by the chief cantor at St Mark’s Cathedral. His name was Mikhail Girgis al-Batanoni, and he was known as muallim, which is Arabic for teacher. The Coptic hymns chanted by Muallim Batanoni were also transcribed in Western musical notation with the help of Professor Ernest Newlandsmith from London’s Royal Academy of Music. This was the first time this had been done, and was an extensive work which lasted from 1927 to 1936. In doing this my uncle aimed to keep the hymns of the Coptic Church alive and save the ancient tradition of the Church from extinction. The result was 16 folios of Coptic musical notation which are now part of the Library of Congress collection.

Where did Dr Moftah source the Coptic hymns?

The first Christians in Egypt adapted some ancient Egyptian hymns substituting Christian texts for the original words. These include the Golgotha hymn, which is an ancient Egyptian chant that was sung during the mummification process and in funeral processions, and the Pek Ethronos hymn whose first half contains sombre tones reflecting sadness for the pharaoh’s death while the second half has cheerful tunes reflecting joy for the pharaoh’s ascent in the solar boat to the afterlife. Both these hymns have till today been sung on several Coptic occasions, prominently the celebration of the Passion of Christ and His Crucifixion during Holy Week.

The second source of Coptic hymns is the Hebrew tradition, from which the a cappella or unaccompanied singing was adapted. Whereas worship in the Temple in Jerusalem included musical instruments (2 Chronicles 29:25–27), traditional Jewish religious services in the Synagogue, both before and after the last destruction of the Temple, did not include musical instruments. The third source was the adaptation of some Byzantine-Greek hymns by Pope Kyrillos IV in the mid-19th century, such as the Resurrection hymns (Tofina, To Lithos) and the hymn for the Holy Virgin (Atai Parthenos).

How did Dr Moftah work to revive the study of and interest in Coptic musical heritage?

Before the establishment of the Institute of Coptic Studies in 1954, Dr Moftah established two centres for the teaching and recording of Coptic hymns in 1945. One of these was located in the Cairo central district of Bab al-Hadeed and the other in Old Cairo. He also organised summer camps in Alexandria to teach Coptic hymns, as well as the first voice recording studio in the Patriarchate. These early centres were considered breakthroughs in the history of the Coptic Church. My uncle recorded ancient Coptic hymns to make sure they were passed down to future generations through state-of-art technology. He also played an important role in establishing the Institute of Coptic Studies, an establishment that he always considered his pride and joy, because he wanted to provide a more academic approach to the study of Coptic hymns.

Dr Moftah was always trying to discover the origins of Coptic music, especially because it is the only surviving oral tradition among all ancient civilisations. As for these civilisations, including the ancient Egyptian, their heritage is passed down through the texts inscribed on manuscripts, papyri, temple walls and obelisks. Dr Moftah was therefore researching the origin of the Coptic language and rituals which are a continuation of the ancient Egyptian civilisation. To this purpose, he studied many Coptic manuscripts and papyri kept in the British Museum in London; the Bibliothèque Nationale in Paris; the Egyptian Museum; the Coptic Museum and the Old St Mark’s Cathedral in Cairo.

Did Dr Moftah face obstacles in the way of realising his dream?

Dr Moftah had the vision of adding an academic dimension to the study of Coptic music as a newly established field of study at the Institute of Coptic Studies. He wanted to unify the manner in which melodies were handed down orally, and worked hard towards achieving this goal. Finally in 1971 Pope Shenouda III announced that the Egyptian Coptic Orthodox Church would start unifying the melodies used in the liturgy. In addition, after the establishment of the Music and Hymn Department at the institute, he faced the huge problem of lack of primary teaching resources. Nonetheless, he never stopped researching and digging into the range of Coptic music until his death and was able to discover much unpublished research. He also wrote many articles and documents about Coptic liturgical music, most of which was not published, in addition to his correspondence with prominent music scholars, Coptologists and Egyptologists. All this legacy is preserved in the Institute of Coptic Studies.

Dr Moftah held a wonderful experiment in the Horus Temple at Edfu in Aswan. Can you tell us about it?

Dr Moftah was convinced that Coptic music had its origins in the rituals of the ancient Egyptians. To prove his theory, he travelled with the chorus of the Institute of Coptic Studies to Edfu in the 1960s to present Coptic music inside the Temple of Horus. He chose this temple because it is one of the few well-preserved, almost intact temples. Despite that the temple area extends 7,000 square metres, the hymns could be heard very clearly even in the temple’s open courtyard. It is truly a miracle of sound distribution worthy of serious study. 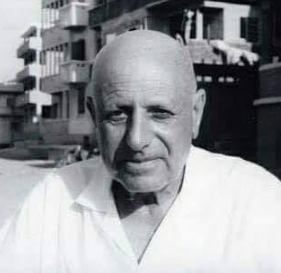 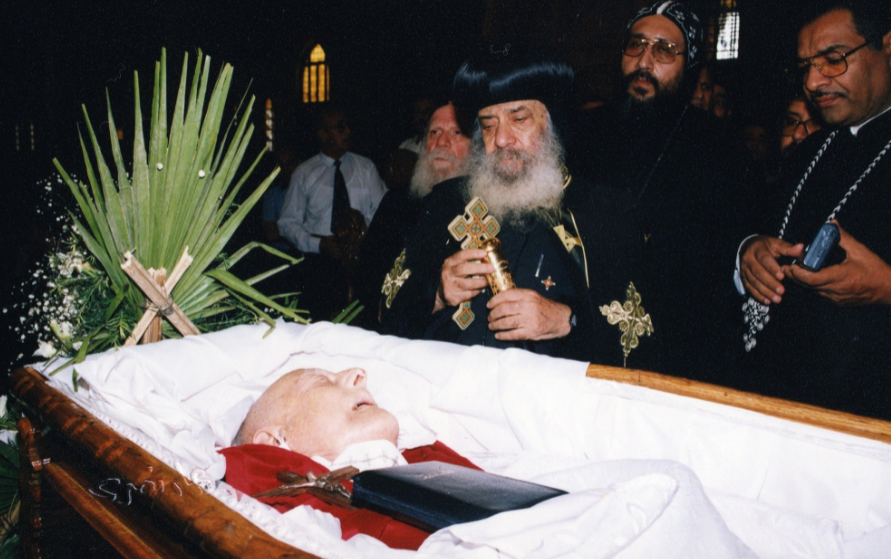