A shrine has been set up for Pope Shenouda III, who was Coptic Orthodox Patriarch in 1971 – 2012 and who is viewed by the Coptic congregation as a modern-day saint, at the Cathedral of the Holy Virgin and Archangel Mikhail in Port Said. Anba Tadros, Bishop of Port Said, has opened it.

The shrine showcases a number of possessions of Pope Shenouda. Among them are the last crown he received in 2010 as a gift, a number of crosses, clerical vestments and personal belongings. On display also is a blessed wrapping that was once used to envelop the casket which contains the body of Pope Shenouda, and which today rests in a special shrine set up for him at the Western Desert monastery of Anba Bishoi.

A rich collection of photographs that depict the life journey of the late Pope are on display, as well as pictures of him that relate to the foundation of the diocese of Port Said, and of him with Anba Tadros. Port Said, which lies at the northern tip of the Suez Canal where it meets the Mediterranean, was established as a diocese in 1976 with Anba Tadros its first bishop. 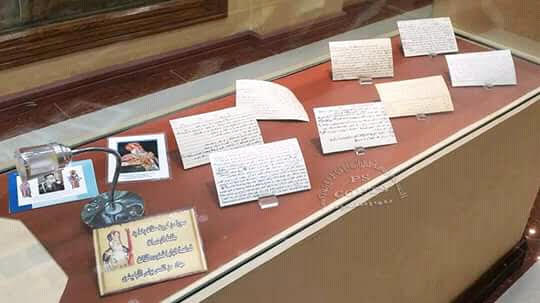 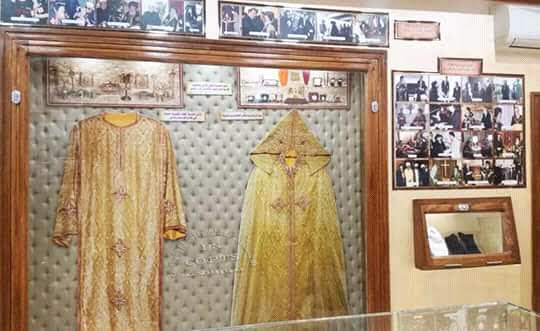 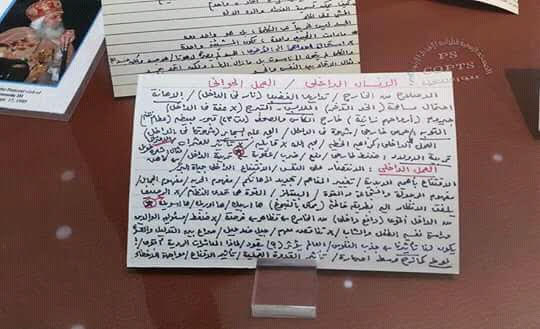 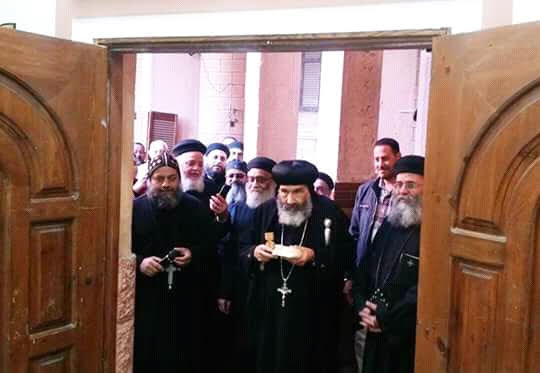 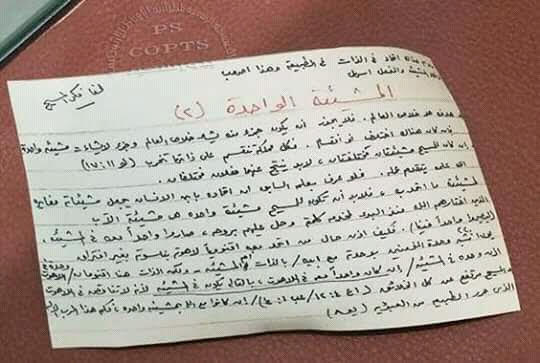 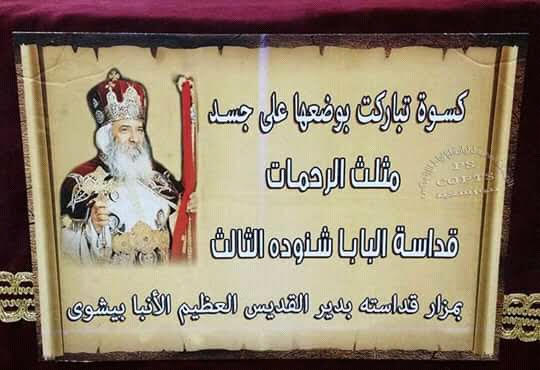 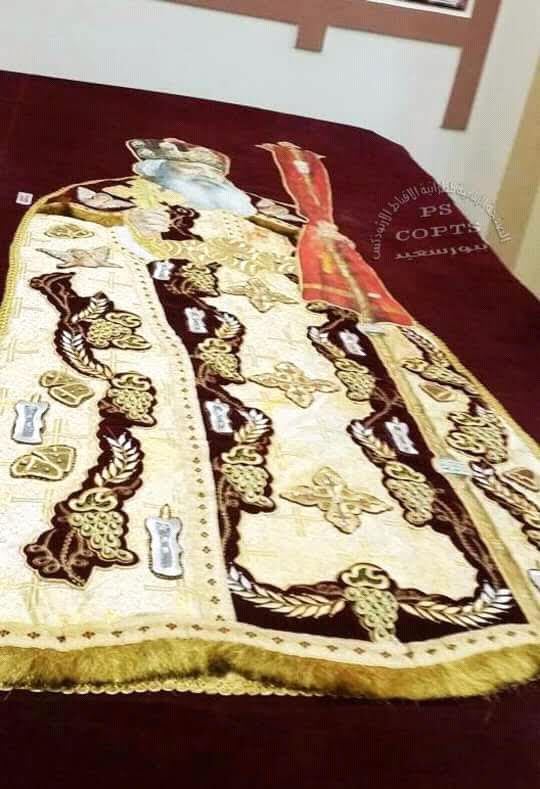 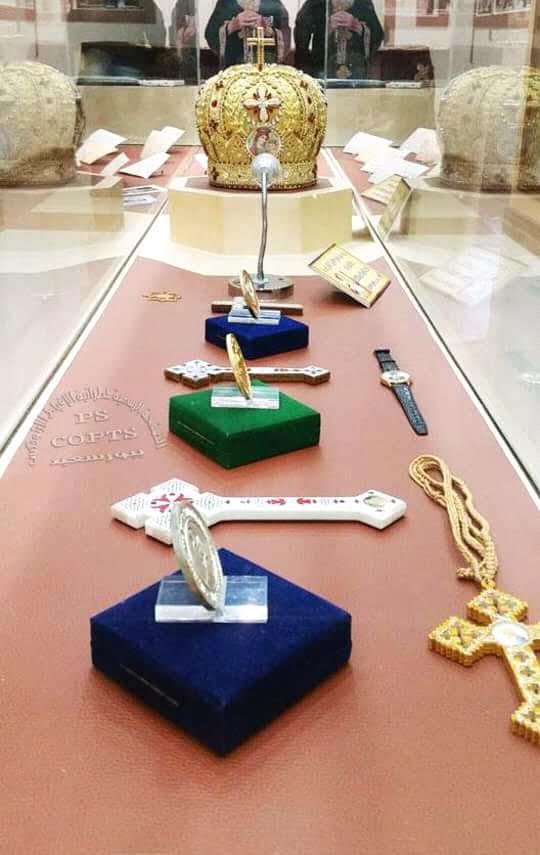 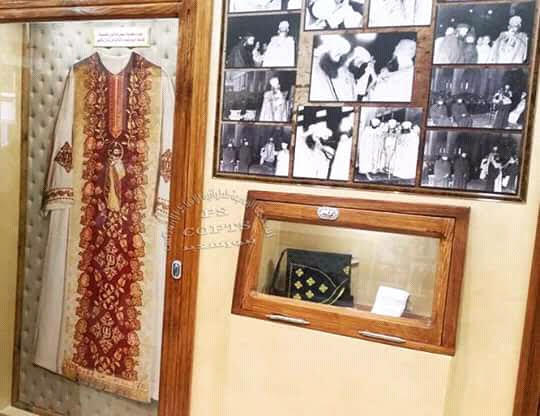 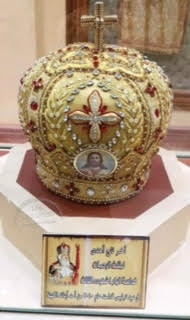 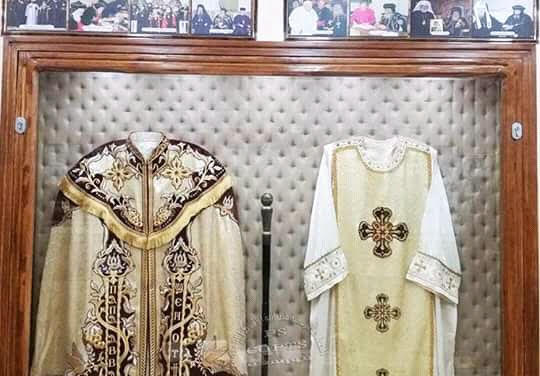 The personal secretary of the late Pope Shenouda, Fr Boulos Anba Bishoi, as well as a large number of the clergy attended the opening.

Anba Tadros wrote a moving note to commemorate the occasion: “We have lived with his Holiness Pope Shenouda days that were filled with love and work. We were his disciples, and we served under his wise patronage.”

Anba Tadros said that, ever since Pope Shenouda’s departure, he had expressed a wish to have a shrine showcasing some of the late pope’s possessions as blessing for the Bishopric of Port Said. “Pope Tawadros II blessed this request and offered us some of Pope Shenouda’s possessions,” he wrote.

Fr Boulos, Anba Tadros said, was assigned to design and set up the shrine since, as Pope Shenouda’s secretary, he had the experience needed to arrange the possessions and decorate the shrine with pictures that depict the late Pope’s life journey. “Now we have a shrine that does justice to the figure who taught generations upon generations,” Anba Tadros wrote.

He addressed a prayer to Pope Shenouda himself, asking for his intercession “on our behalf, to complete our days on earth in peace”.