A fire which started in the early hours of Monday 19 July 2021 in the Coptic Orthodox Church of St George in Surrey, British Columbia in west Canada has completely destroyed the church building and everything inside, including the icons, altar utensils, saints’ relics, furnishings and pews. All that remains of the church are charred pieces of walls. 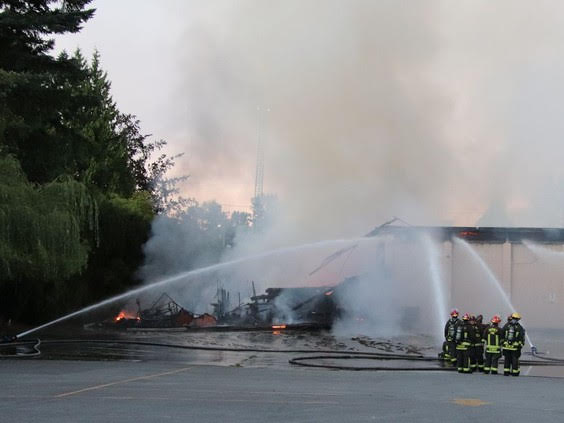 Officials said no one was injured in the fire and no other buildings were affected. 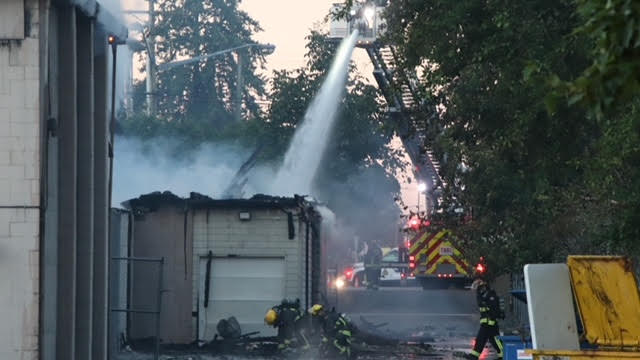 The fire comes in the wake of a series of attacks against Catholic Churches in areas of indigenous populations. The Surrey Fire Service said it received a call about a fire at around 3:30am local time.

Investigators are treating the fire as suspicious. 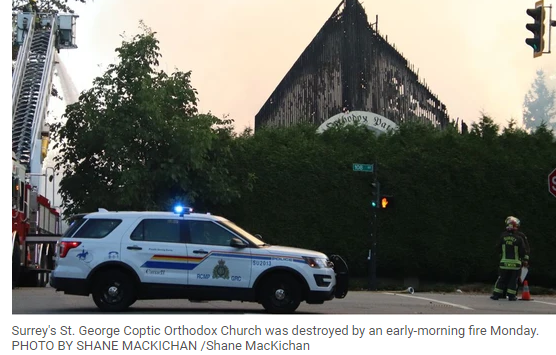 Police said that the church was the target of an arson attempt the previous Wednesday, 14 July, when according to video surveillance cameras, a woman was seen trying to set the door ablaze at around 2:30am. The door was damaged and reported to the police.

The police is treating the two incidents SS separate events. 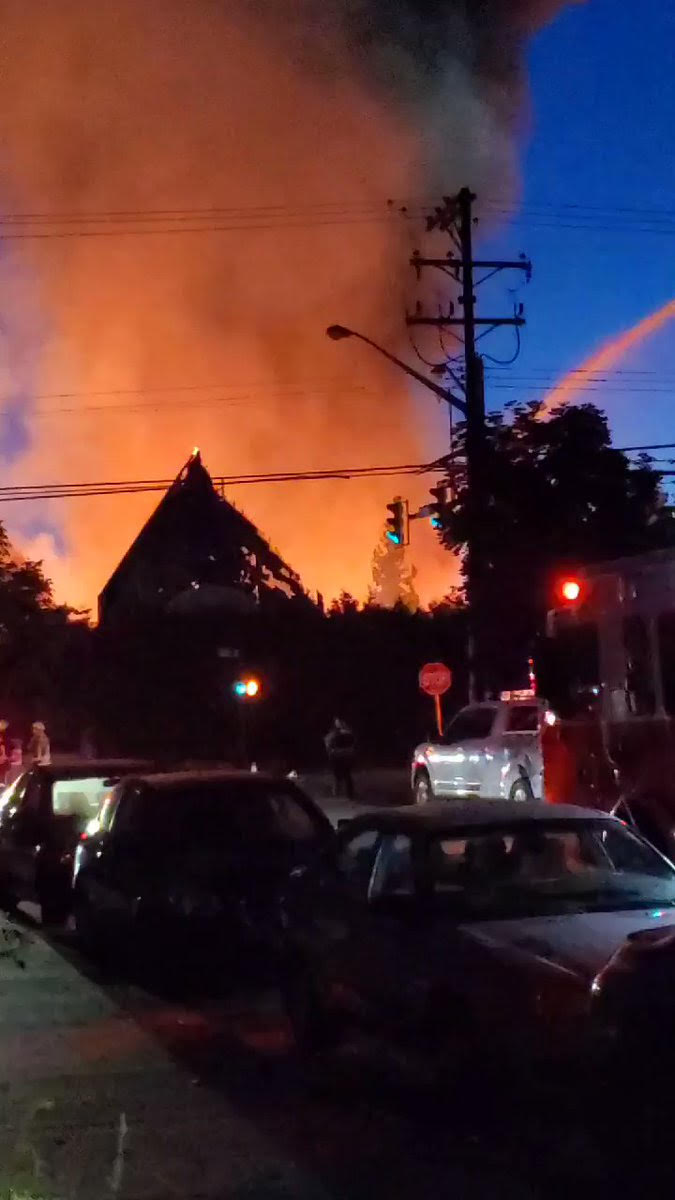