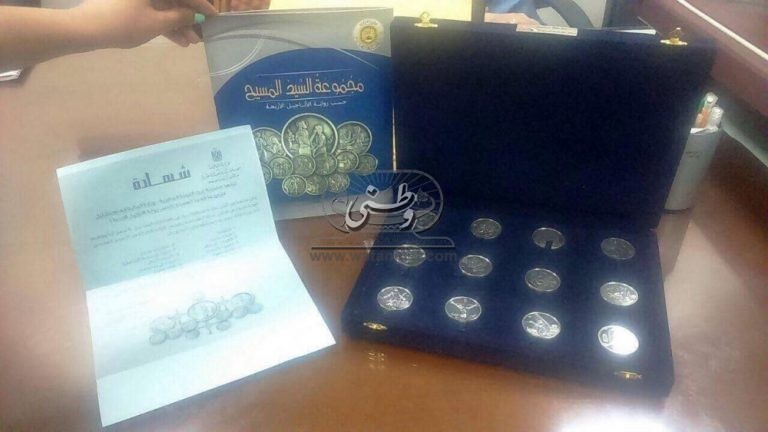 A coin collection that depicts the various significant events in the life of Jesus Christ has raised a lot of queries among Copts, not least because the collection was minted by none other than the Egyptian Mint Authority. Photos of the collection went viral online, with many Copts asking where they could purchase it. The collection raised eyebrows because, as a rule, Muslims believe that prophets—and they see Jesus Christ as the Prophet Eissa—should never be depicted in images or personified in acting. Many among the Egyptian public were bewildered because the collection included two coins that depicted the Crucifixion and the Resurrection, two incidents Muslims do not believe in and are thus very wary of portraying.

Watani decided to explore the issue, and headed to Abdel-Raouf Farouq, head of the Egyptian Mint Authority, with the questions.

“The ‘Christ Collection’,” Mr Farouq said, “is a collection of commemorative coins, not commemorative currency as is being circulated on social media.

“The Mint works on three main tasks. It mints metal coins such as the 25 and 50 Piastre pieces and the EGP1 coin; one Egyptian pound is equal to 100 piastres. It also mints metal shields and medals; as well as metal licence plates for the Traffic Department.”

The current Christ Collection, Mr Farouq said, was not the first minted by the Egyptian Mint Authority. The first was in the 1980s; Pope Shenouda III was then patriarch (he became patriarch in 1971 till he passed away in 2012), and the coins were officially approved by the Coptic Orthodox Church. It was minted, Mr Farouq said, upon request of a private company that wished to offer the commemorative coins as gifts. Recently, he explained, the Mint decided to issue a new edition of the commemorative Christ Collection, in line with the official revival of the pilgrimage route of the of the Holy Family in Egypt.

Preserved inside a large velvet-covered box bearing the name of the Egyptian Mint Authority, the collection comes with an official certificate that explains its contents and its spiritual and material value.

The life of Jesus Christ is depicted in twelve silver coins; each has one side bearing an engraving of an event in the life of Christ, and the other side bears a relevant Bible verse. These coins commemorate the Birth of Jesus, Flight of the Holy Family into Egypt, Christ’s Baptism, the Sermon on the Mount, the miracles of Jesus, the Victorious entry of Christ into Jerusalem, the Last Supper, Jesus in Gethsemane, the Crucifixion, and the Resurrection.

Sanaa’ Ibrahim, Sales Manager of the Mint, said that in addition to its spiritual value, “the Christ Collection possesses material value that will make it eventually pass from one generation to the other as a jealously guarded and unique piece of art depicting a great spiritual history.”

The Christ Collection can be bought directly from the Mint, or from regular shops or fairs. Ms Ibrahim says there has been very high demand on the collection, from Christians and Muslims alike.

Mahmoud Yazeed, a Muslim engineer, is one of many who ordered a Christ Collection. “The Holy Qur’an honours Christ,” he says. “The collection is a valuable one; it is honour for anyone to possess it.” 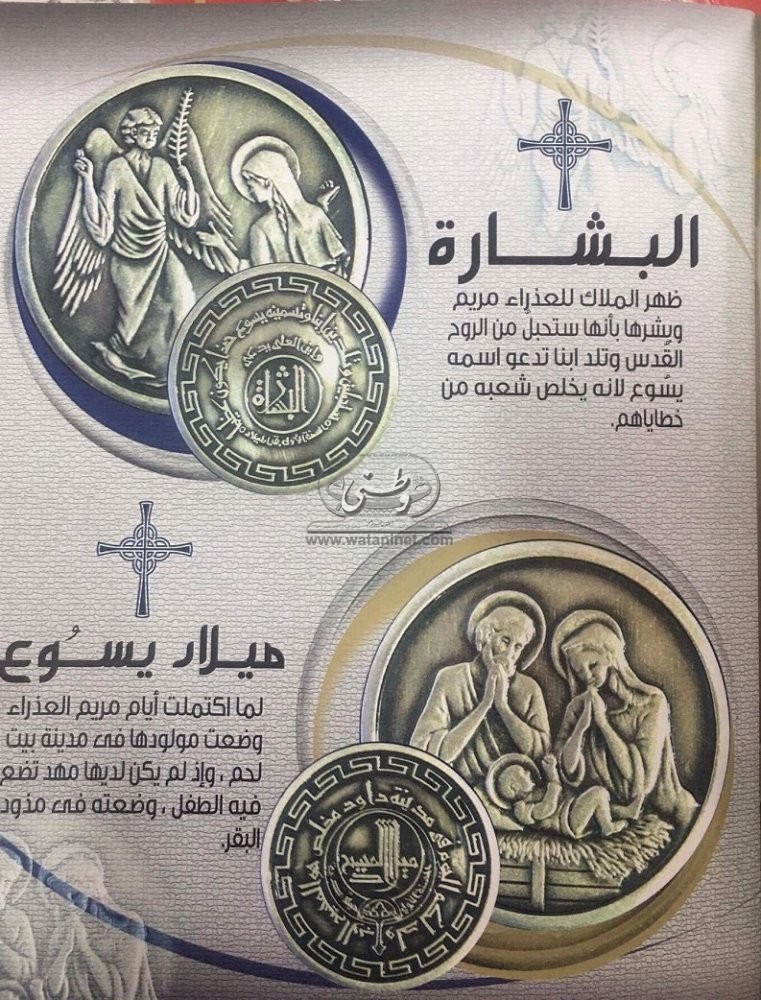 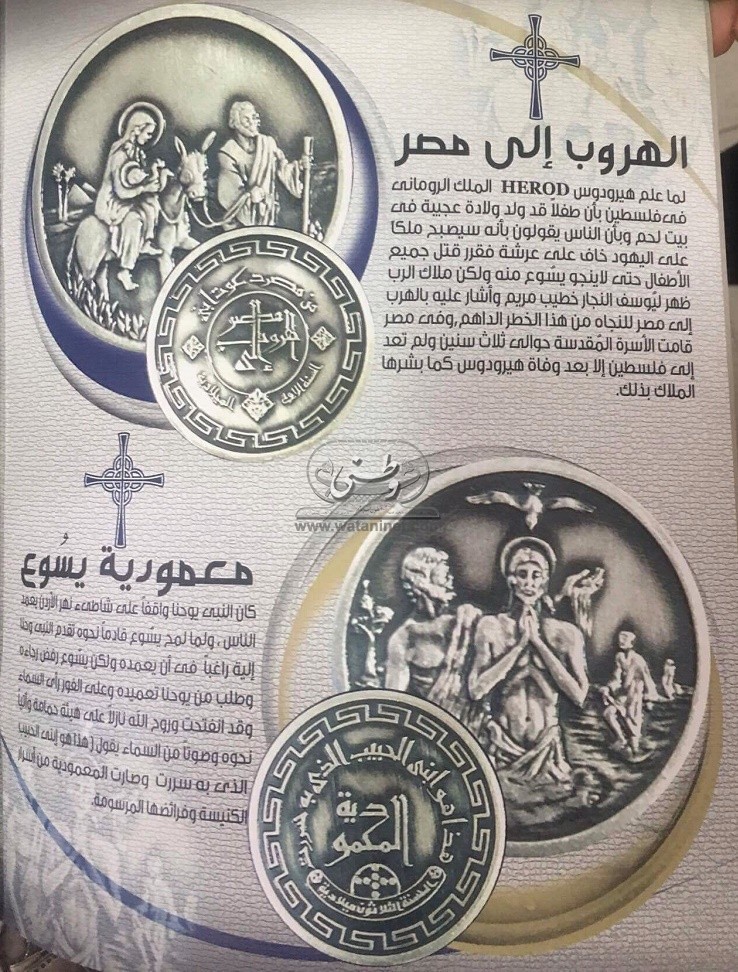 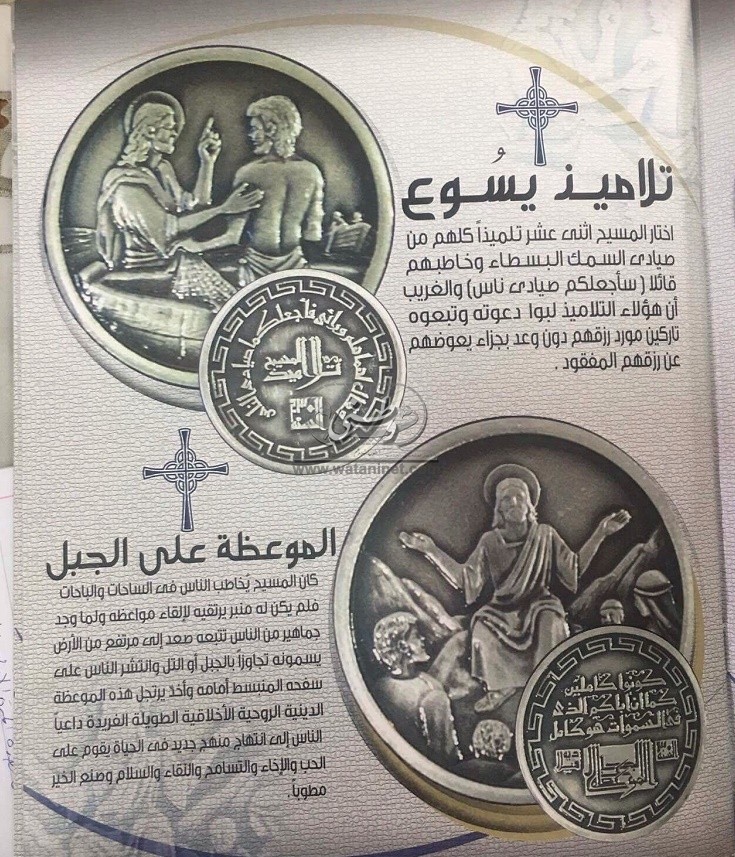 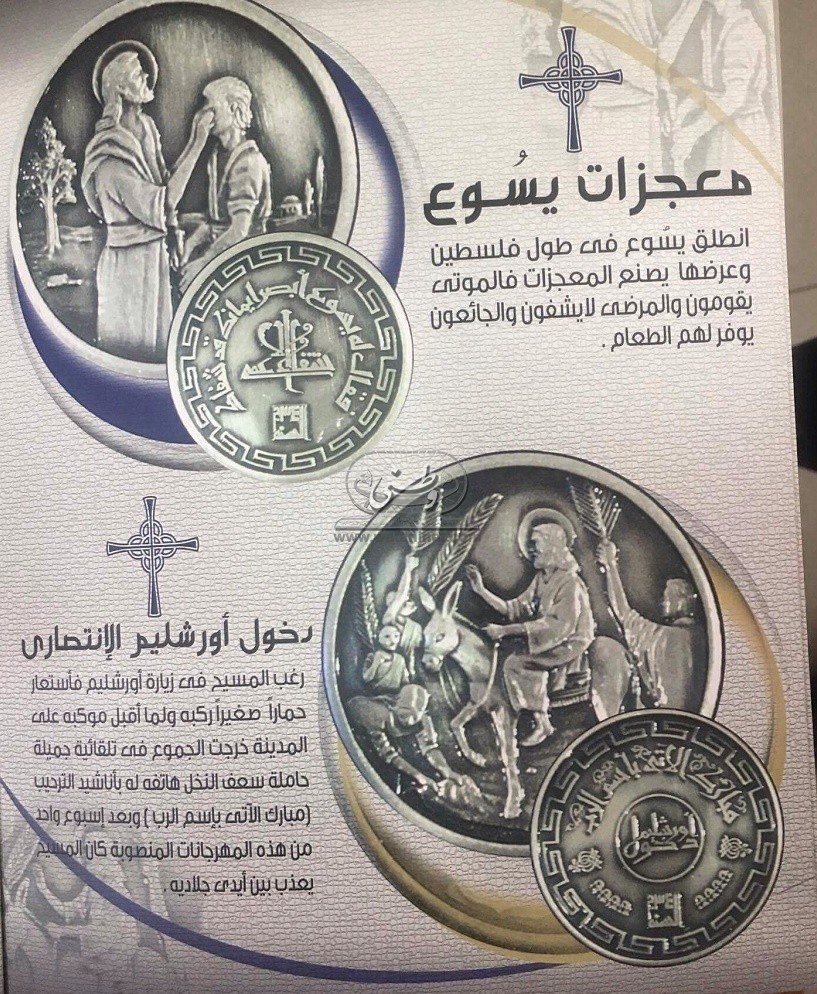 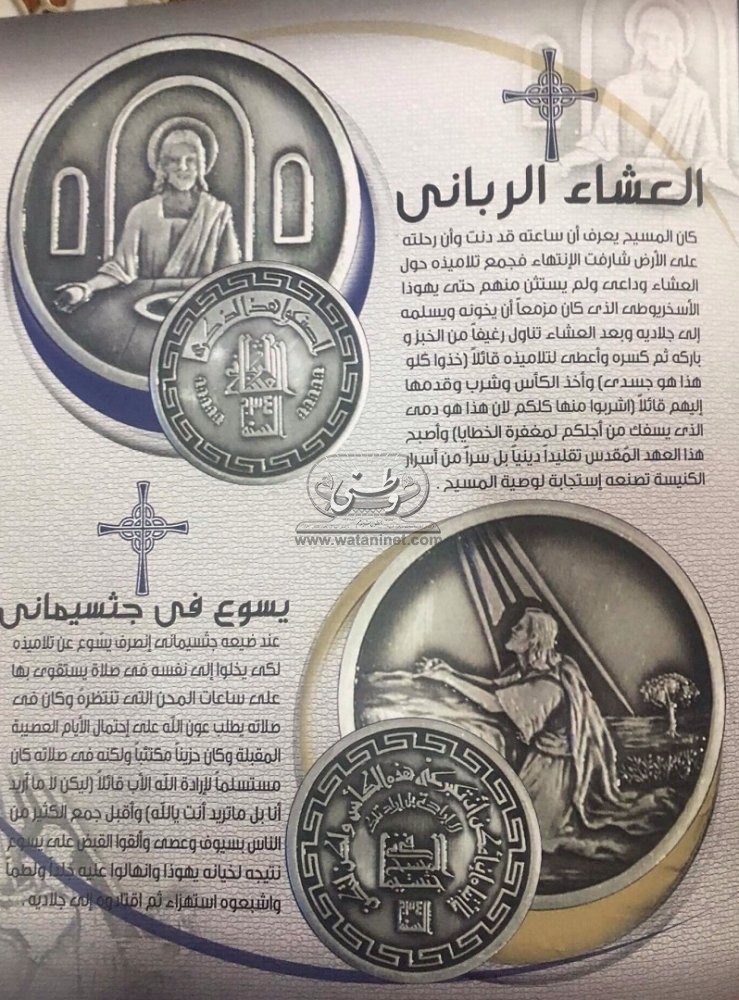 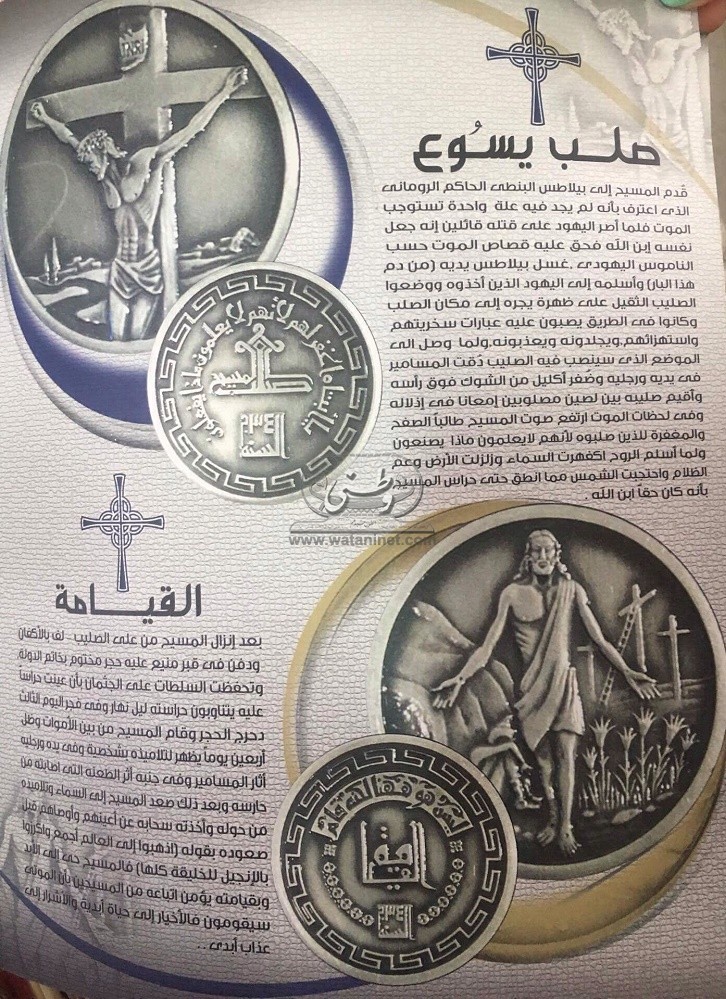