“The King’s Daughter” is the name of a new initiative jointly launched by the Coptic Orthodox Church and the Ministry of Social Solidarity for the benefit of young, underprivileged adolescent girls. The launching ceremony took place on 26 September at Anba Rweiss Theatre in the grounds of the St Mark’s Cathedral in Abbassiya, Cairo.

The idea of the project, Nivine El-Kabbag, Minister of Social Solidarity explained, is to open investment bank accounts for needy adolescent girls—orphans or persons with disabilities or girls belonging to vulnerable groups—so that when they reach marriage age, they could rely on the funds in their accounts to help them with their marriage expenses, with dignity. The Church opens the bank accounts for the girls with Nasser Social Bank which is affiliated to the Ministry of Social Solidarity, and funds the accounts through donations, the Minister explained. She divulged that this partnership is the first of its kind between the Church and Nasser Bank.

The launching ceremony was attended by Pope Tawadros II, Pope of Alexandria and Patriarch of the See of St Mark; Ms Kabbag in her capacity as Minister of Social Solidarity and CEO of Nasser Social Bank; Soha Gendi, Minister of Immigration and Egyptian Expatriate Affairs; Grand Mufti Dr Shawki Allam, (Head of the Muslim institution that issues ++fatwas++—Islamic legal opinions); and Mohamed Ashmawy, Vice President of Nasser Bank. The event was also attended by senior officials from the Ministry of Social Solidarity, members of the clergy, and some 900 girls who are beneficiaries of the project.

During the ceremony, Pope Tawadros offered Ms Kabbag a shield in appreciation for her role in social, humanitarian and development works, and Ms Kabbag offered the Pope the shield of the Ministry of Social Solidarity.

Ms Kabbag for her part, praised Egypt’s political leadership which has been diligently working in a humane manner for a better future of Egyptians, mindful of preserving their dignity all the way. She noted that the Ministry has built all its programmes based on partnering with civil society and religious institutions. She said she did not believe in social development independent of economic development.

Mr Ashmawy said that the King’s Daughter project is the first among the bank’s Social Saving project, and it tops other initiatives offered by Nasser Bank to address various social needs. He said that accounts in sister initiatives adopted by the bank amount to 13,000 accounts, and that 1000 additional accounts are now being opened. Mr Ashmawy pointed out that the Nasser Social Bank offers the King’s Daughter accounts a full exemption from all annual expenses. Furthermore, the bank offers these accounts an additional 0.5 per cent per year over the annual yield announced every year by the bank.

At the end of the ceremony, Pope Tawadros gave a word in which he expressed his appreciation of all those who attended the event. He said that he valued the King’s Daughter project which addresses three values that sum up the philosophy behind the project: collaboration, service and dignity. He elaborated by saying that the project offers a beautiful, refined model of cooperation between the Church and the Ministry of Social Solidarity, as a service in which the Church joins forces with Nasser Social Bank to serve vulnerable groups. “With our diverse roles, we must serve each other, as we are all indispensable to each other,” the Pope said. Finally, it is a project of dignity for Egyptian women. 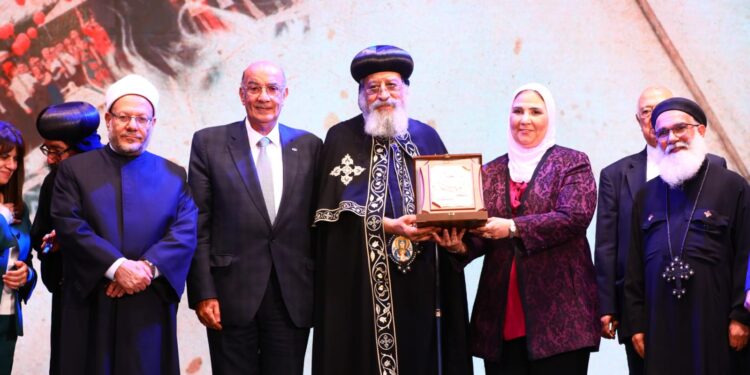 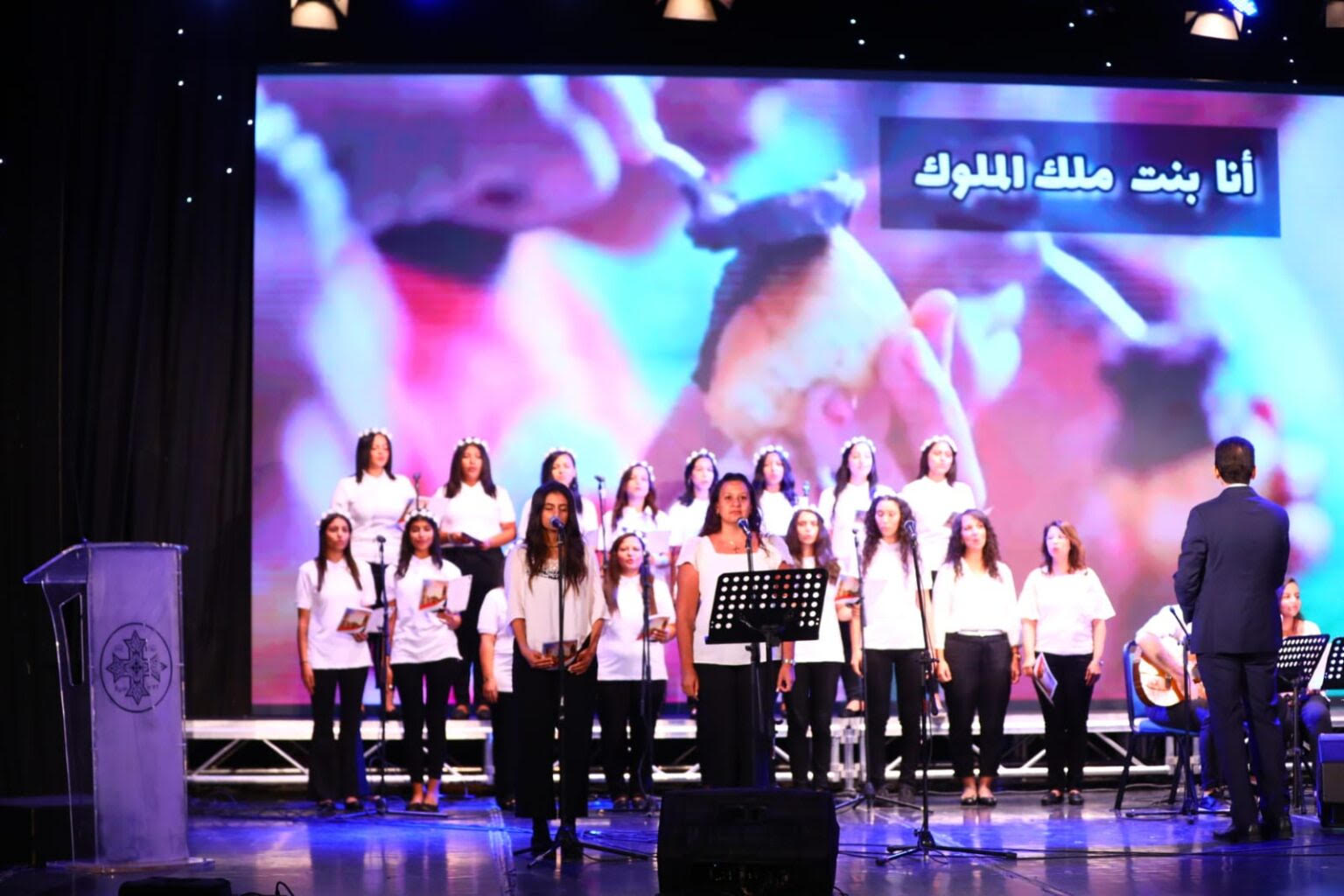 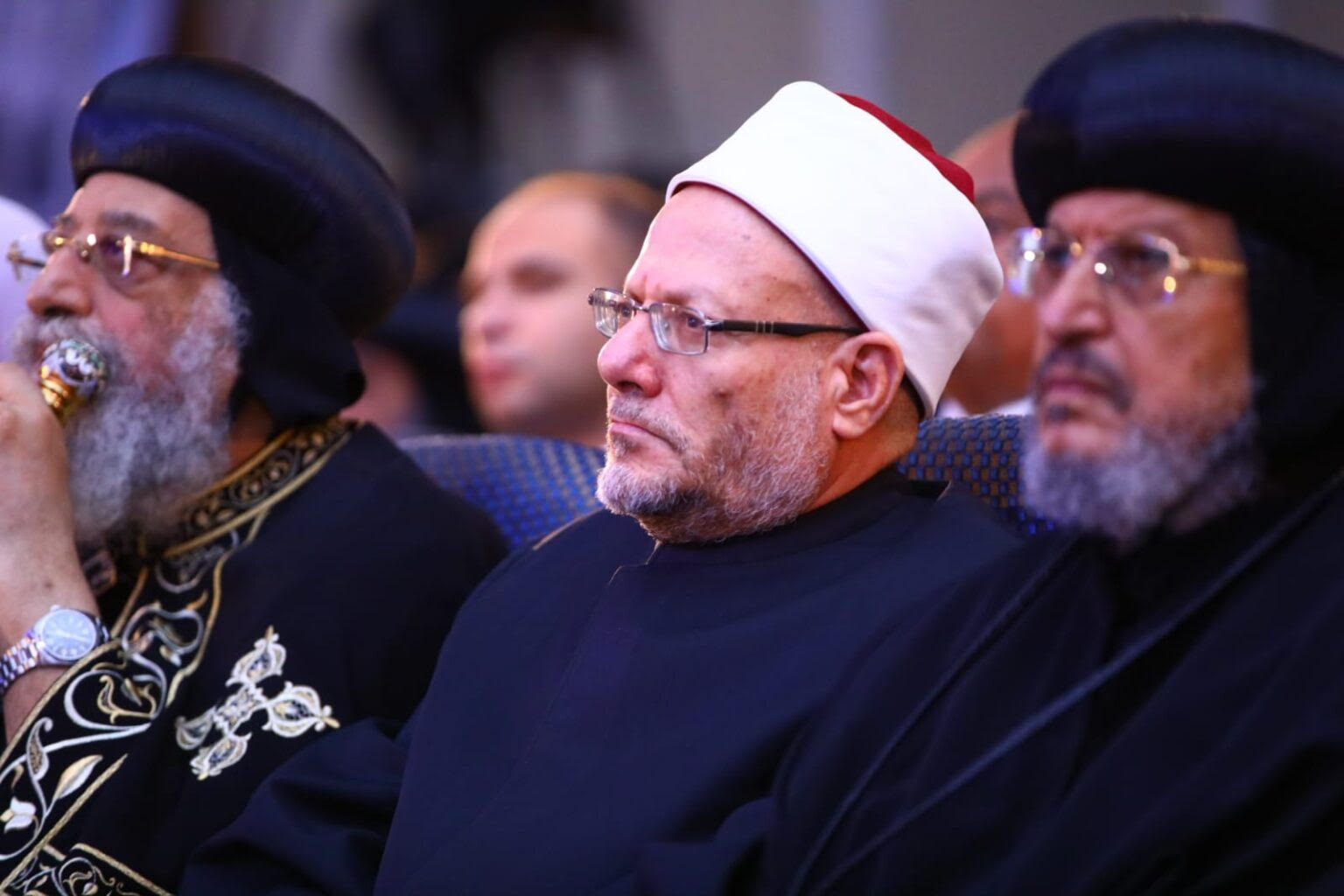 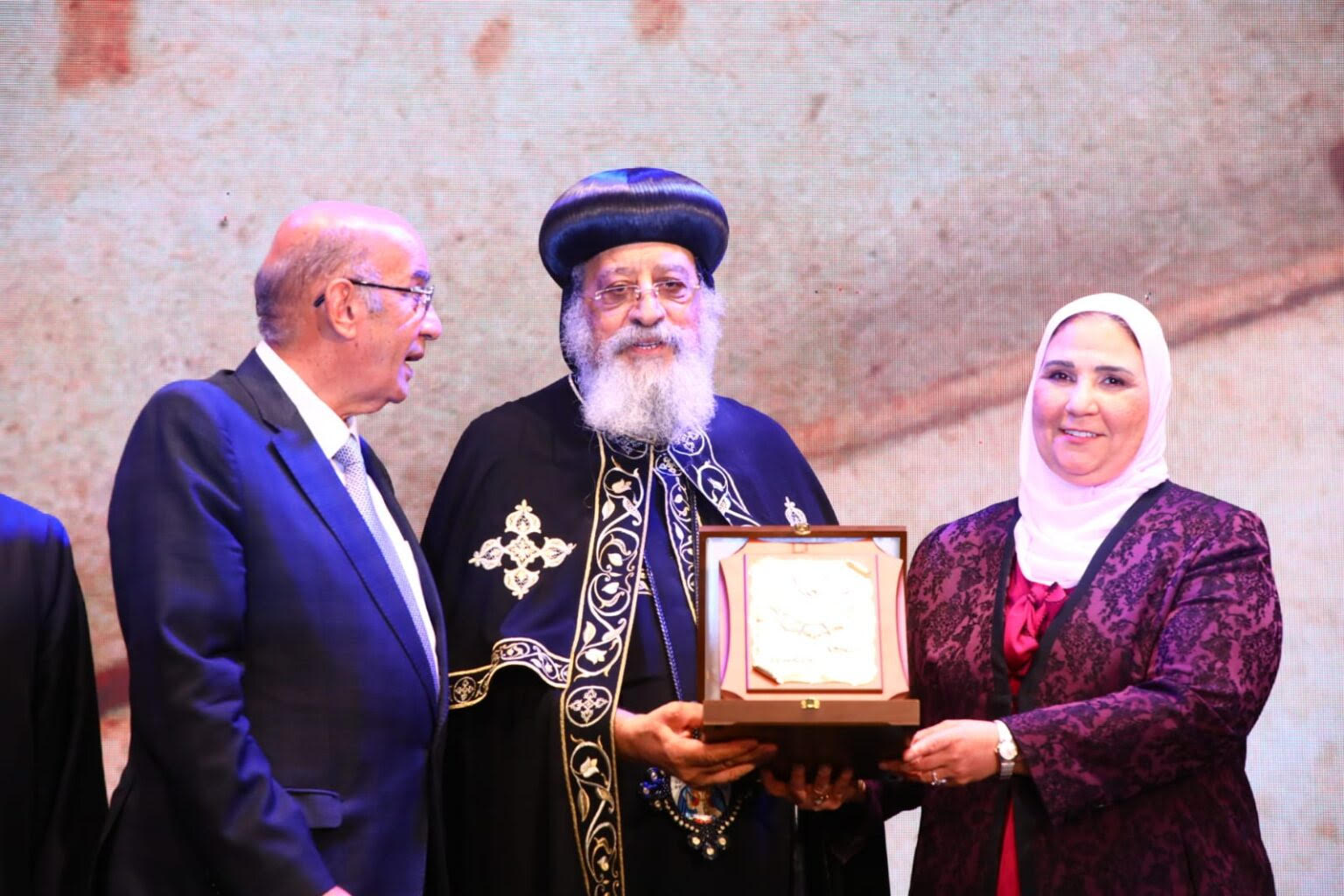 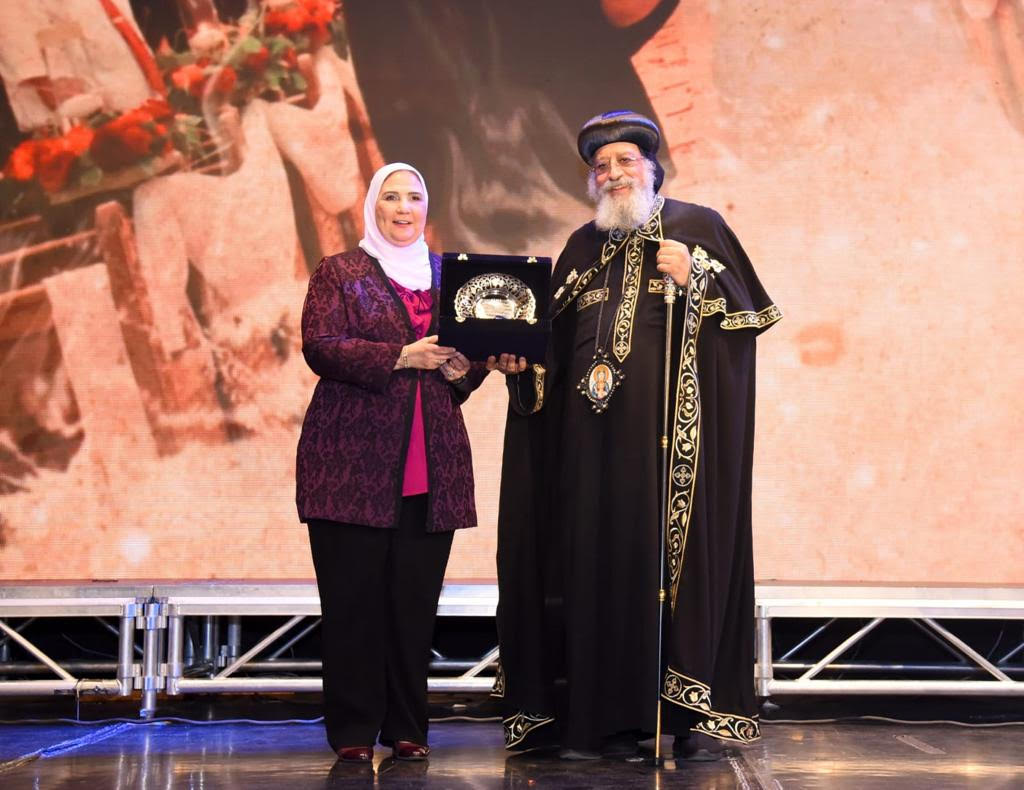 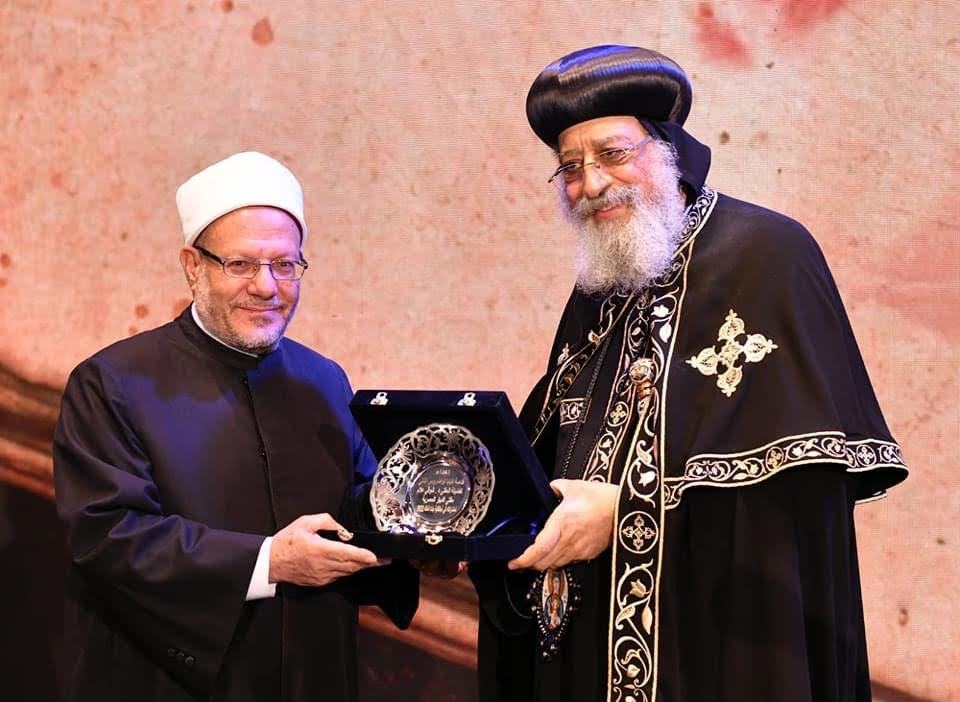 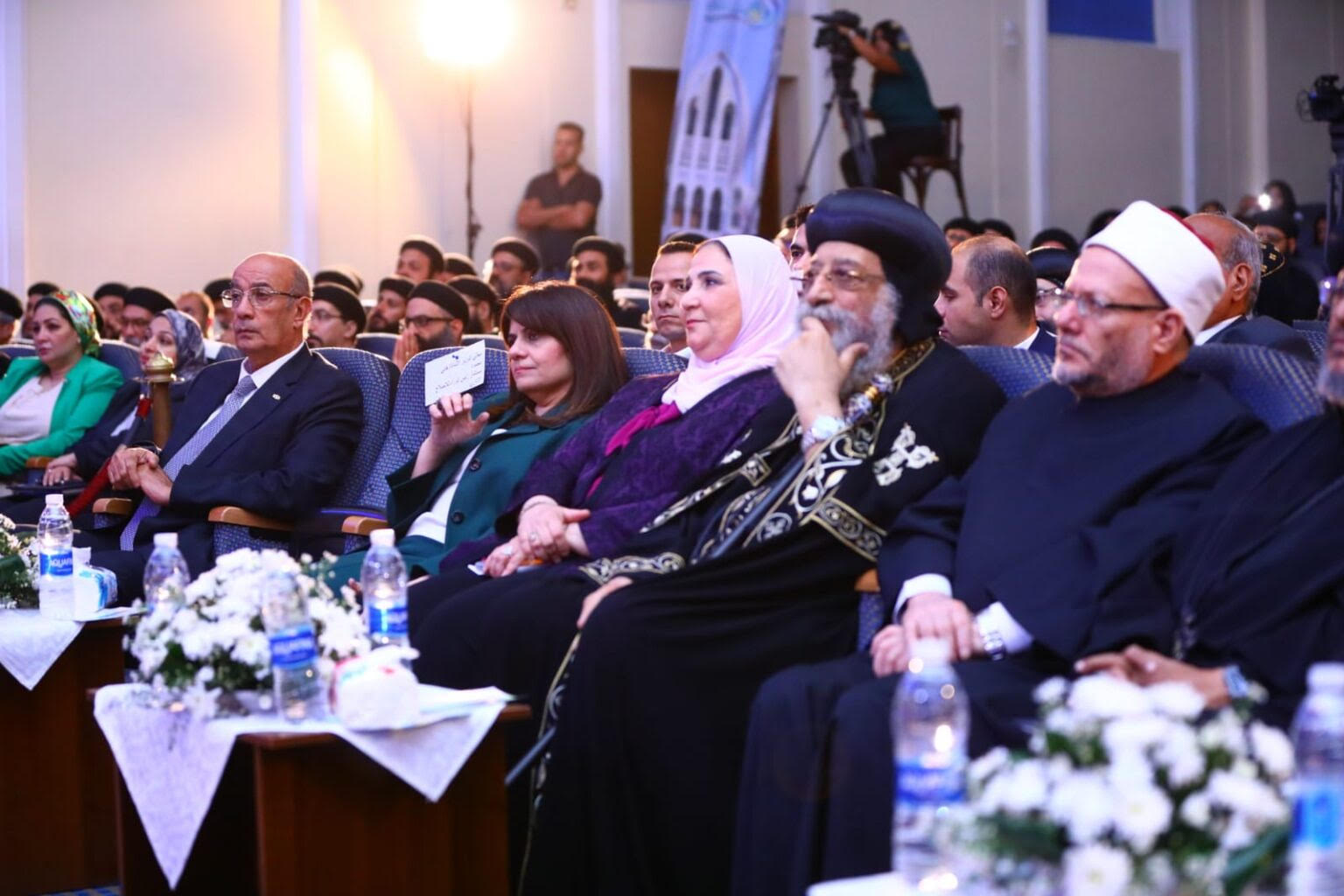