An agreement has finally been reached between the Egyptian government and the Coptic Orthodox Church regarding the monastic settlement at Wadi al-Rayan, famously known as the Monastery of St Macarius the Alexandrite.
The agreement allows the monks to continue their settlement on 3,500 feddans (1 feddan is 4200sq.m.) of State-owned land in the natural reserve of Wadi al-Rayan in Fayoum, some 150km southwest Cairo, in exchange for annual leasing fees of EGP511,000. Also included in the agreement is an additional 1000-feddan of farmland which the monks had reclaimed from the desert and which they cultivate for a living. The land allotted to the monks includes the church, monastic facilities, monk cells, water wells, and farmland. The land which was previously claimed by the monks and which was subject of the dispute with the government amounted to 13,500 feddans. Negotiations are ongoing between the Church and the government to allow the monks a second plot of land on the site.
An official statement signed by Anba Macarius, Bishop-General of Minya and current supervisor of the Wadi al-Rayan monastic settlement, announced that the Coptic Orthodox Church had succeeded in working a conciliation with the Environment Ministry concerning the Anba Macarius the Alexandrite Monastery in Wadi al-Rayan after a prolonged legal dispute. The agreement signed by both parties legitimises the monastic activity of some 250 monks and novices living on the site. A fencing wall has been built to enclose the land allotted to them, he explained, and the old wall that enclosed the wider area considered illegal by the State has been pulled down. The monastic settlement, he said, may now qualify for recognition as a full-fledged monastery by the Coptic Church.

History of conflict
The Wadi al-Rayan monastery crisis goes back to September 2014 when the Egyptian government began working on a plan to build a road that would link Ain Sukhna in east of Egypt to al-Dabaa in the northwest and would pass through Wadi al-Rayan in Fayoum. In the process, the road had to cross land illegally claimed by the Coptic Orthodox monastic community of St Macarius the Alexandrite, that had settled there since the 1990s. The site is part the natural reserve of Wadi al-Rayan, and is also part of a sprawling 700-feddan stunningly beautiful area of 4th-century cave cells and churches that were inhabited by early Christian hermits since the fourth century and until the 12th century.

The Wadi al-Rayan monastic community was in conflict not only with the Egyptian government but also with the Coptic Orthodox Church. A number of the members of the community insisted on going against the orders and guidance of the Church, a move which contradicts the essential monastic principle that a monk renounces his life and will to God, meaning he has no specific will to apply but must be obedient to his spiritual leadership. The break of the vow of obedience put the ‘monks’ in the position where the Church considered them deviant.

Ready for official recognition
Pope Tawadros II assigned Anba Macarius as supervisor of the monastic community in 2015. The majority of the ‘monks’ had to leave in the wake of conflict with the Church leadership. Those who left were resettled in other monasteries or Church-owned premises; a few, however, refused to leave and remained at Wadi Rayan, disobeying the Church leadership and getting into occasional skirmishes with governmental authorities. At one point, one of the rebellious monks who goes by the name Fr Boulos and whose real name is Maher Aziz Hanna, burned a loader used by the contractor company doing construction work on the road project. For this, and for violating a natural reserve and assaulting an environment conservation official on duty, he was taken to court and handed a two-year prison sentence in June 2016.

Anba Macarius took steps to regulate the internal affairs of the monastery. Many of the original members of the monastic community returned, and most of those who had been disowned by the Church for breaching the monastic tradition asked to return. They were welcomed in by Anba Macarius, and spent a probation period after which they rejoined the monastic community at Wadi al-Rayan.
“Given that for a monastery to be officially recognised by the Church it has to fulfill specific criteria among which is that it should be in no legal conflict with the government and should be enclosed within a fencing wall, and given that these two conditions have now been met by the Wadi al-Rayan monastic settlement, we are approaching the Church to recognise the place officially as a monastery,” Anba Macarius told Watani. 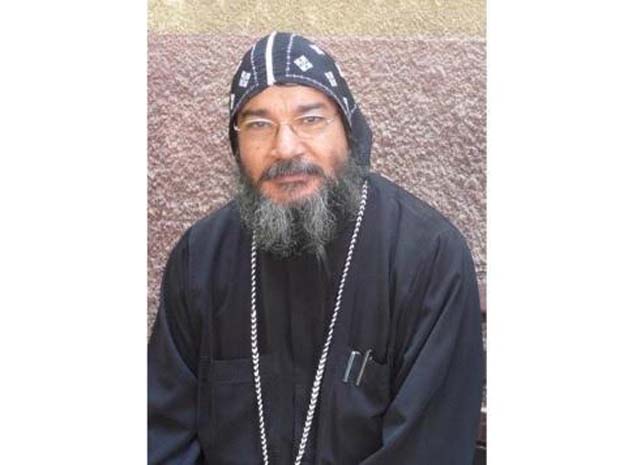