We discussed in the previous article: “The trap of good deeds, Part I” how man fell into dilemmas through his disobedience and rebellion against God during his existence in the Garden of Eden. Also, we have discussed the solution to the first dilemma.

In this article we will address the solution of the second dilemma and the introduction of solving the third dilemma:

Second: Solving the second dilemma, the evil in the universe and the corruption of human nature

What is the meaning of evil, simply explained?:

The simple definition of the word evil is the human misuse of good powers and abilities: existence, mind and free will, in evil ways. The abuse of these good abilities has become the main cause of evil.

Man is the one who chose evil to exist, and with his freedom he became accountable for the consequences of his actions.

The general rule by which God will judge man became: for whatever a man sows, that he will also reap (Gal 6: 7 NKJV)

Therefore, God allows evil to exist, although evil is not His will or desire, but is unfortunately the will and desire of man.

Thus, the existence of evil or the choice of committing evil works becomes a mean of testing the free will of man. Is it a good or an evil will?

A – Evil means not doing good works, or the abuse of human good abilities created by God to enjoy.

B – Satan was originally an Archangel; however, he chose Pride so he became a fallen angel.

C – Darkness is the absence of light created by God.

Therefore, evil is only the result of the will of the actor without being forced by the Creator.

Third: solving the third dilemma, the corrupted human nature and having death as a destiny.

Here comes the question of what is the benefit of the cross as long as man eventually dies, whether he believes in the redemption of Christ on the cross or does not believe?

First: what is the meaning of death?

When man disobeyed God and was expelled from the Garden of Eden, he experienced four types of death:

1 – Physical death: the separation of the body from the spirit. This type is the one that all religions and beliefs know. Then the body decomposes and goes to dust while the spirit goes to the waiting place.

2 – Spiritual death: Is the separation of the spirit from God through sin. Human beings became separated from God by the original sin inherited through Adam our father.

3 – Eternal death: Eternal torment … everyone who died during the Old Testament era (before the Cross) would have gone to hell, even righteous persons.

4 – Moral death: Man lost the divine image he was created in and became a fallen human with a distorted reputation; he lost the human conscience he was created with, and became dead while yet alive. Consequently, paganism spread in most of the world. 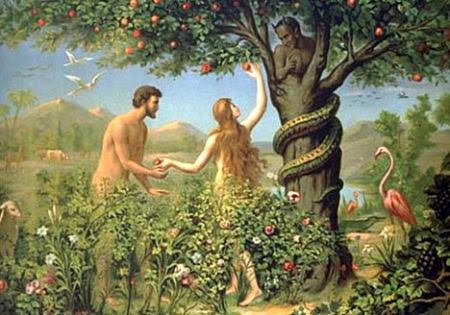 It is impossible to solve the death problem and the corruption that afflicted human nature by religious teachings or principles or through God’s forgiveness without conditions and punishment … Why?

When God told Adam in the Garden of Eden, , ” but of the tree of the knowledge of good and evil you shall not eat, for in the day that you eat of it you shall surely die.” (Genesis 2:17 NKJV)

– Therefore, the solution requires the restoration of the original human nature and terminating the sting of death. Also, the word of God cannot be changed (as God is just, He is also merciful)

…. The redemption of Christ provided the only solution …. How ??

We will talk about this in detail in the upcoming article.