Calm now prevails in the Minya village of al-Barsha in Mallawi, 315km south of Cairo, following an attack by the village Muslims against its Copts. The attack occurred on Wednesday 25 November afternoon and extended into the evening, on account of claims that a young Coptic man from the village had posted remarks on his Facebook page that were deemed insulting to the Prophet Muhammad.

The young man, a 22-year-old named Girgis Sameeh, is a poorly educated fellow who comes from a poor family of construction and farm labourers, and was not in Barsha since he works at a cattle farm in one of Egypt’s northern provinces. His family claimed that he barely reads and writes, and that his Facebook account had been hacked. His brother told Watani he could not believe Girgis Sameeh would insult Islam’s Prophet or do anything to hurt Muslim feelings: “We have always lived peacefully by their side, and we work with and for them. How can my brother ever do such a stupid thing? That’s not how he was taught to behave.” 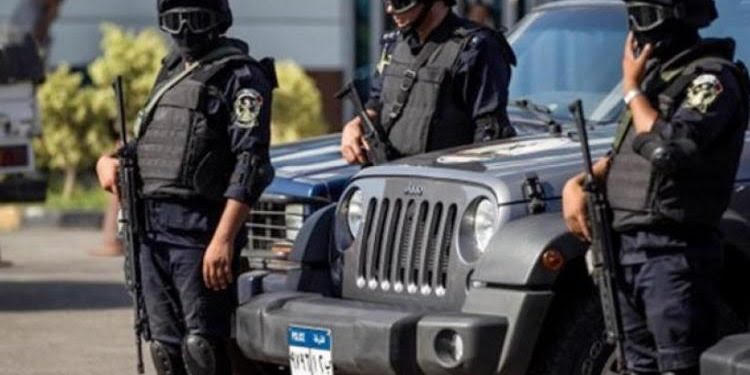 The Wednesday attack took off from one of the mosques in the vicinity of the village’s Islamic Institute. To cries of Allahu Akbar (Allah is the Greatest) and verbal insults against Christians, a Muslim mob threw stones and fireballs at Coptic homes and the church of Abu-Seifein in Barsha, in an attempt to set them on fire. But the Copts stood and defended their homes and church, so that the injuries and damages were minimal given the scale of the assault. The mob also attempted to attack the home of the Sameeh family, but the family’s Muslim neighbours protected them and no assailant was able to reach their homes.

The police arrived, surrounded the village, and used tear gas to disperse the riots. Once the village calmed down, the police escorted home a group of Copts who had been trapped inside the church where they had been attending an evening service. Minya Chief of security, Major General Mahmoud Khalil, headed to the village to oversee the security situation. A large number of Muslims and Copts were arrested; the actual figure is not known, but some in the village estimate it to be 130. The police started investigations, released a few Copts who were proved not guilty, and is still working on the matter. Mr Sameeh was arrested in the city where he works.

On social media, the Copts have been critical of the arrest of Barsha Copts, claiming they had been in a situation of self defence. They also criticised the culture of collective punishment used by the Muslims, saying that if one Copt made a mistake, why should all the Copts in the village be made to pay the price? Sadly, however, this clannish culture that deems an entire clan responsible for the error or honour of one of its members prevails in rural Egypt and especially in the south. 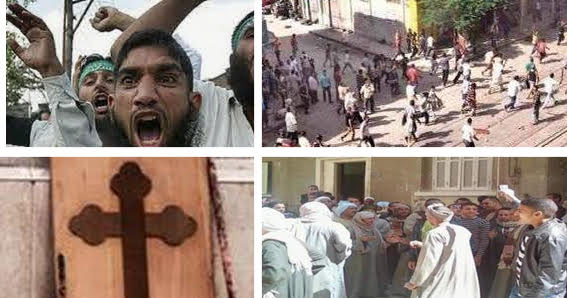 The public prosecutor of Mallawi headed to Barsha to assess the damages. Injuries were slight and minimal, except for an 80-year-old woman named Estolia Faragallah who had been in her bed when a fireball hit her bedroom and caused burns to her face. She was moved to Minya Public Hospital where she was given the necessary treatment. Her condition is now stable.

The damages incurred by the Copts included a burned down stable belonging to Nader Nazim, theft of cattle belonging to Ashraf Saeed, damage of a bus belonging to Abu-Seifein church, and shattering a number of windows in Coptic-owned houses.

Major General Khalil held a meeting with Barsha’s representative senators and MPs, the elders of the village, and its Muslim and Coptic clergy. He asked them to warn Barsha’s young people that any lawlessness or rioting would not be tolerated, and that the law will be indiscriminately upheld. He also said that they should stand up for their social responsibility in the village, and attempt to relay a message of peace and social cohesion.

Minya Governor Major General Osama al-Qadi reiterated the same warnings in a meeting with Barsha representatives. He stressed that the State would not tolerate any attempt to break national unity or to arouse sectarian tension. He called for tolerance and peace, saying that only thus can plans for development and progress succeed.