The predicament of the 115-year-old church of the Holy Virgin in Luxor, which was slated for potential demolition to make way for archaeological excavations, was today resolved in a meeting between State and Church officials.

The meeting included Antiquities Minister Khaled al-Anani; General Kamel al-Wazeer, head of the construction authority of the Armed Forces; Anba Yusab, General Bishop of Luxor; Anba Pimen, Bishop of Qous and Naqada, and coordinator of the Coptic Orthodox Church’s Crisis Committee; as well as Coptic businessmen Mamdouh and Bassem Philip and Emile Sheouri.
The outcome of the meeting was that the church of the Holy Virgin should remain untouched, but that a church-affiliated administrative building close to the Holy Virgin’s would be demolished. The administrative building includes a library, a civil register office, an archive, and a computer centre. The State pledged it would grant the Church a new building instead of the one to be demolished.
Officials of an Evangelical church that also stood in the way of the archaeological excavations agreed to have their church pulled down in exchange for a new church to be granted to them by the State.

Avenue of the rams
News of the demolition of the 115-year-old church of the Holy Virgin in Luxor, to make way for archaeological excavations, had spurred angry, fearful comments by Copts on social media.
Luxor, which today sits on the site of ancient Thebes, the capital of Egypt during the New Kingdom in 1570 – 1069 BC, is home to the magnificent Karnak Temple and Luxor Temple. The two temples lie on the Nile bank, Karnak to the south and Luxor to the north, some 2.7km apart. The famous al-Kebash Avenue, also known as Avenue of the Rams or Avenue of the Sphinxes, which stretches 2,700 metres long and 76 metres wide and is among the largest walkways of the ancient world, links the two temples. It was the processional route that witnessed celebrations of the gods of both temples, and is lined with some 1350 ram-headed or human-headed sphinxes. Those at the beginning and end of the avenue lie at the entrance of Karnak and Luxor temples, and have been above-ground for a long time, but a considerable portion of the avenue remains unexcavated, buried underneath the modern-day city. The government is conducting a project to excavate it in full.
The Holy Virgin’s in Luxor is situated close to al-Kebash Avenue, and has thus been a potential target for demolition in order to allow excavation. Some eight years ago when the excavation project started, a few buildings belonging to the church and lying close to it were pulled down, but the church remained untouched. The project was halted, however, when the Arab Spring uprising erupted in 2011.

Secured against potential damage
Now that the al-Kebash Avenue excavation project has resumed, questions arose as to what would be done about the church.
An official committee had recently visited the site of the church of the Holy Virgin to ask to pull down the wall. The Church did not stand in the committee’s way but asked that no drill be used, so as not to harm the church’s foundations. The demolition of the wall was thus carried out manually.
The recent, final agreement included provisions to guarantee that the church’s old building should be secured against any potential damage that might occur on account of the excavation work.
The agreement has made everyone involved happy, since all predicaments were satisfactorily resolved. 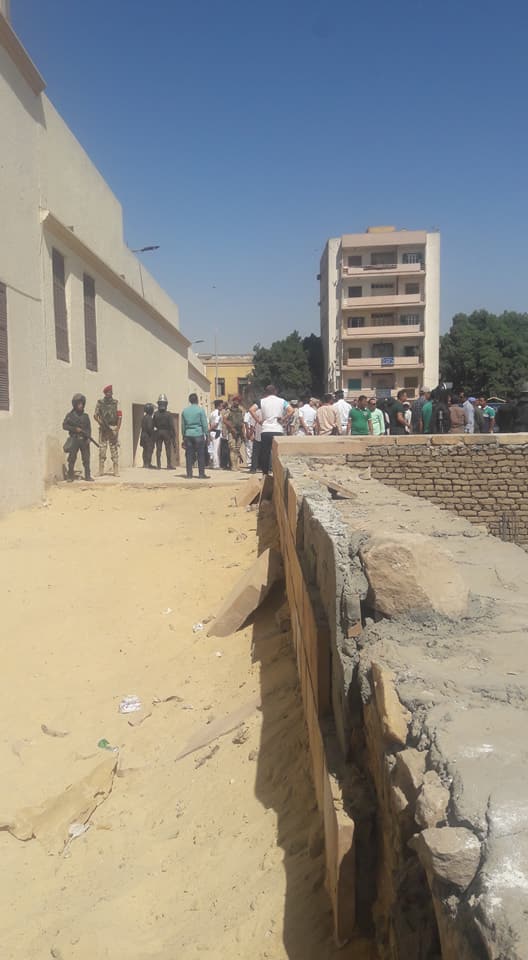 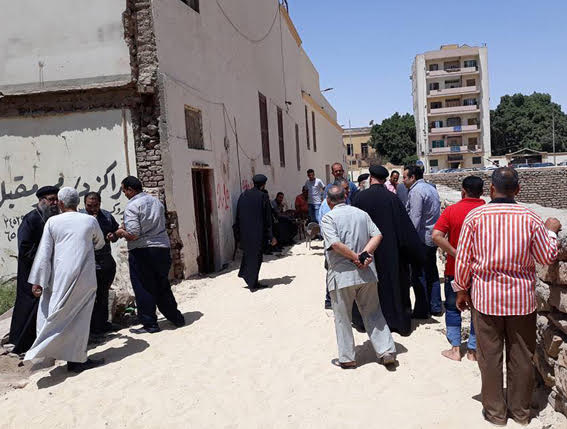 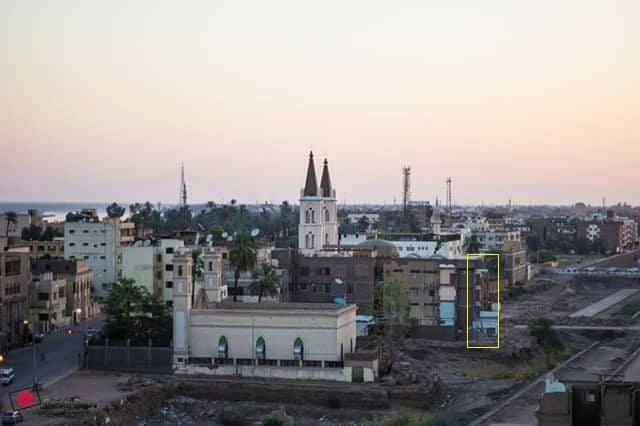 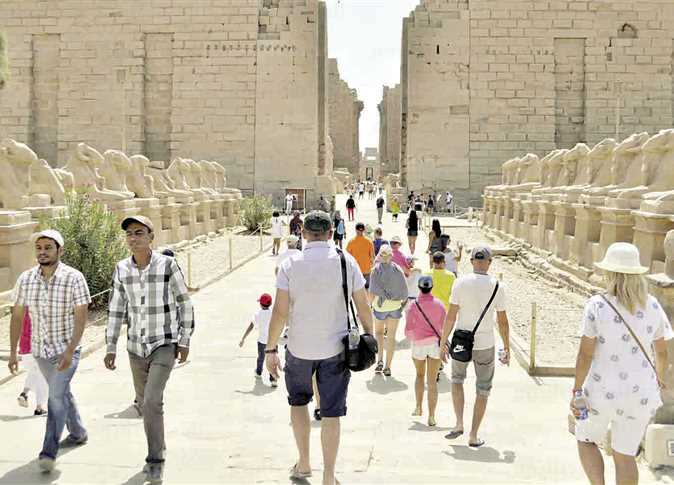 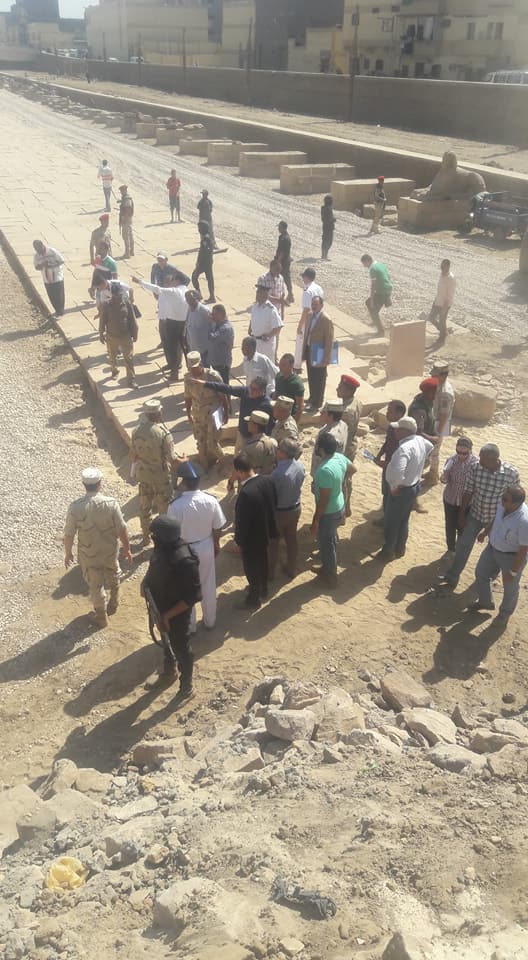 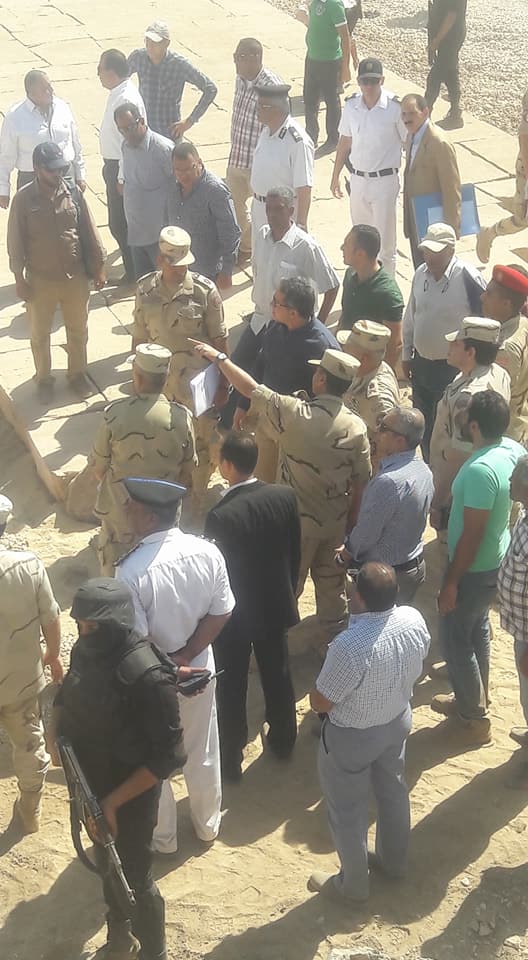