Copts stage sleepover in church to prevent its closure

Copts in the north Cairo Qalyubiya district of Shubral-Kheima staged a sleepover on the evening of Thursday 9 November at the church of Pope Kyrillos and Archdeacon Habib Girgis for fear that the police intended to close it down after rumours were circulated that fanatics Muslims had threatened to attack the church after Friday noon prayers on 10 November.
Even though the church is unfinished, it has been used for worship for the last two years, and is among the thousands of de-facto churches that were built without licence before the 2016 law for building churches was passed. Back then, Copts resorted to worshipping in non-licensed buildings because of the near-impossibility of obtaining licence to build churches whereas the population growth created a dire need for more churches. The Shubral-Kheima church is among those that have officially requested legalisation of status once the 2016 law came into effect. An official inspection committee visited the church to assess the building, but no final decision has been as yet announced.
Anba Marqos, Bishop of Shubral-Kheima, fearing for the safety of the congregation last Thursday, had asked those who held the sit-in to leave the church and go home, but they refused to do so. The electricity authority cut power off the church building, but the squatters stayed on. The young men among them divided themselves into groups to guard the church, while others monitored the CCTV cameras in the building. Around midnight, the women and children left, but the young men stayed on.
Friday brought no attack by the local Muslims, and peace reigned. Local politicians visited the church and met the priests and leaders of the congregation, persuading them that there were no threats.
Three weeks ago, the police in Minya, some 250km south of Cairo, had closed three churches in the wake of violence or threats against Copts; another church in Sohag, 460km south of Cairo, was also closed down on account of threats by fundamentalist Muslims.

Anba Macarius of Minya: Is prayer a crime? 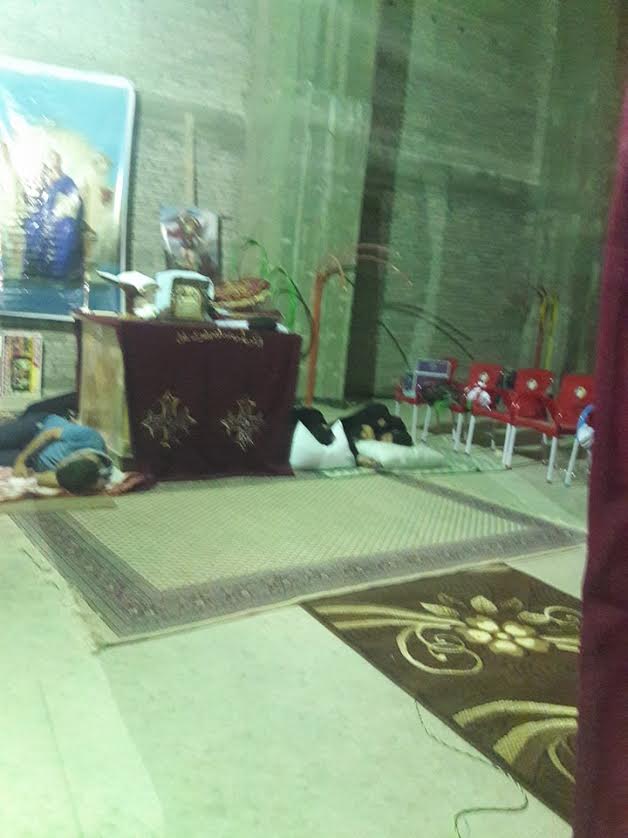 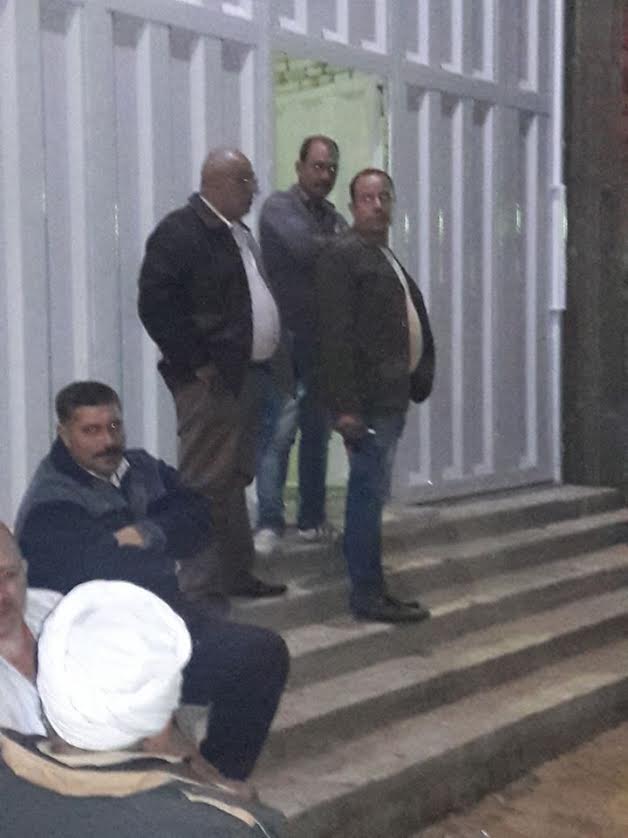