Ahmad Saeed Ibrahim al-Sonbati, 19, was today handed a death sentence by North Cairo Criminal Court for murdering Father Samaan Shehata, a 45-year-old Coptic Orthodox priest who was pastor of the church of Yulius al-Aqfahsi in the village of Ezbet Girgis in al-Fashn, Beni Sweif, some 100km south Cairo. The murder took place last October in the satellite town of Medinat al-Salam east of Cairo. [https://en.wataninet.com/coptic-affairs-coptic-affairs/sectarian/coptic-priest-martyred-by-muslim-extremist/21613/]
The court today referred al-Sonbati’s papers to the Mufti, the high-ranking Muslim cleric in charge of issuing Islamic legal opinion; the Mufti’s approval is required for a death sentence to become final.

Sonbati, a technician, was charged with the premeditated murder of Fr Samaan, whom he said he did not personally know. He said he had decided to kill any Coptic priest, purchased a dagger, and lay in wait for one to pass by, in a street leading to the local church. When Fr Samaan passed by—he was, incidentally, not going to the church but to a nearby warehouse whose owners had pledged donations for the poor in Fr Samaan’s village—Sonbati rushed at him and stabbed him in different places in his body.
Investigations revealed that Sonbati did not suffer any mental disorder and that he was fully conscious when he murdered the priest.

During today’s session, Sonbati attempted to feign insanity. He refused to answer any questions directed to him, and presented a small paper that he asked to be given to the judge. The paper, which the judge read out loud, only included the names of two famous Egyptian football players, and the names of three Muslim Brotherhood leaders. The defendant’s lawyer used this as a pretext to cast doubts on Sonbati’s mental state, and said that he his mental health state should be checked. When this suggestion brought on a wave of enraged protest from those in court, the lawyer asked for a more lenient sentence. In a few past cases, Muslim killers of Copts were pronounced mentally deranged, and were thus not convicted.
In the court and on social media, many Copts felt vindicated by today’s court sentence, but others were wary that a higher court would overrule the death sentence if Sonbati appeals his case. 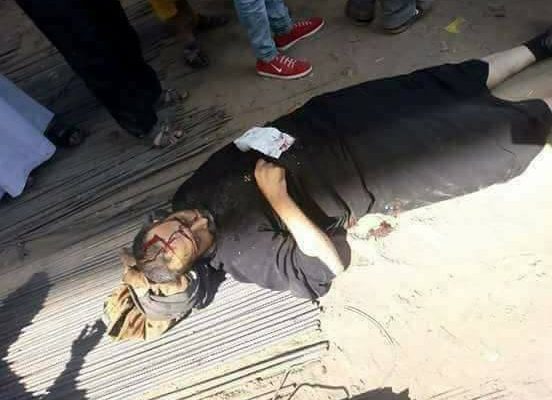 Happy Feast of the Nativity