The archaeological mission working in the site of Kom al-Khaljan in Daqahliya in the East Delta, headed by Sayed Al-Talhawi, has discovered 110 tombs dating back to three different eras of Egyptian Civilisation: the civilisation of Lower Egypt in the Nile Delta, known as Buto 1 and 2, that goes back to 3100BC; the Civilisation of Naqada III in Upper Egypt in 3300 – 2900BC; and the Hyksos period in 1650 – 1550BC.

Mustafa Waziri, Secretary-General of the Supreme Council of Antiquities, said among the tombs found, 68 date back to the Lower Egypt civilisation, five to Naqada III, and 37 to the Hyksos era. Excavations will continue, he said. 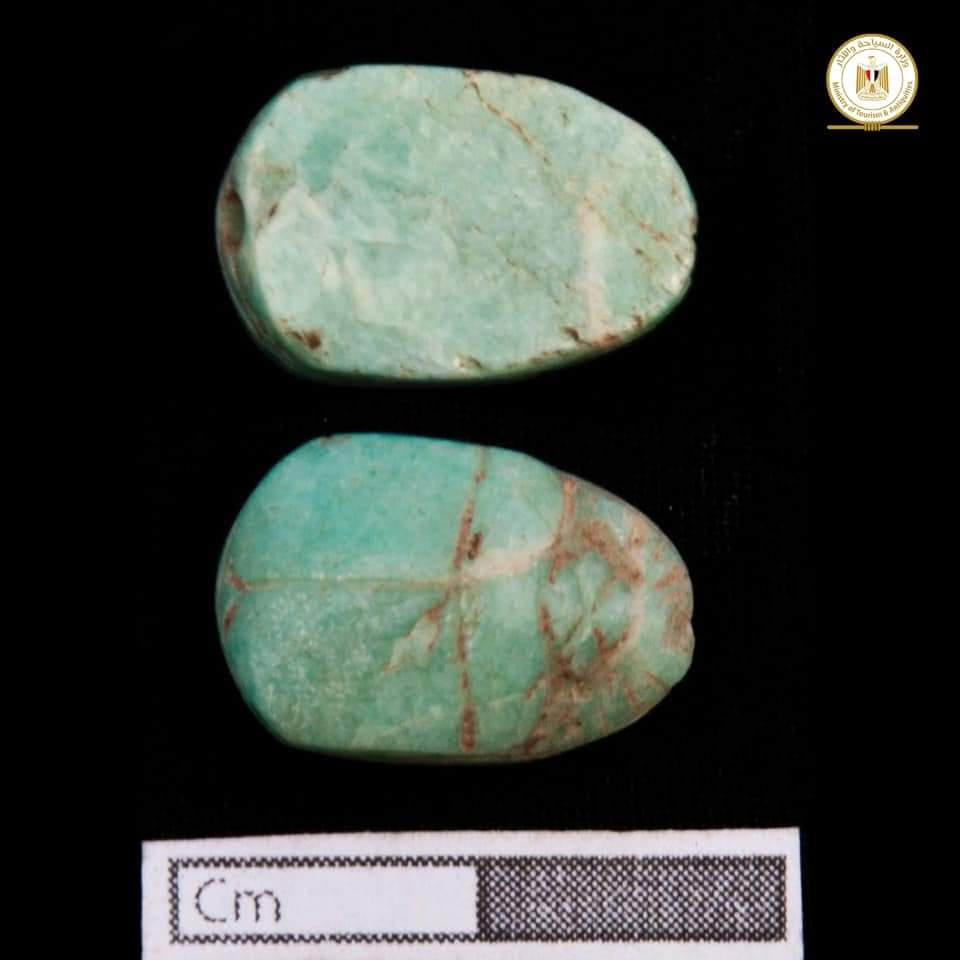 According to Ayman Ashmawi, head of the Egyptian antiquities sector at the Supreme Council of Antiquities, the 68 tombs are oval-shaped pits cut in the island’s sandy layer and contain people buried in a squatting position, most of whom lay on their left side with their head pointing westward. A baby was found buried inside a pottery vase from the Buto 2 period; a small pot of spherical pottery was placed with it.

The five tombs which date back to the period of Naqada III are also oval-shaped pits cut into the island’s sandy layer, including two tombs that had their sides, bottoms, and roof covered with a layer of clay. Inside the pits, the mission found a collection of distinctive funerary furniture for this period, cylindrical and triangular pots, as well as kohl plates with surfaces decorated with geometric drawings and shapes, and a small mass of skunk used for kohl saucers. 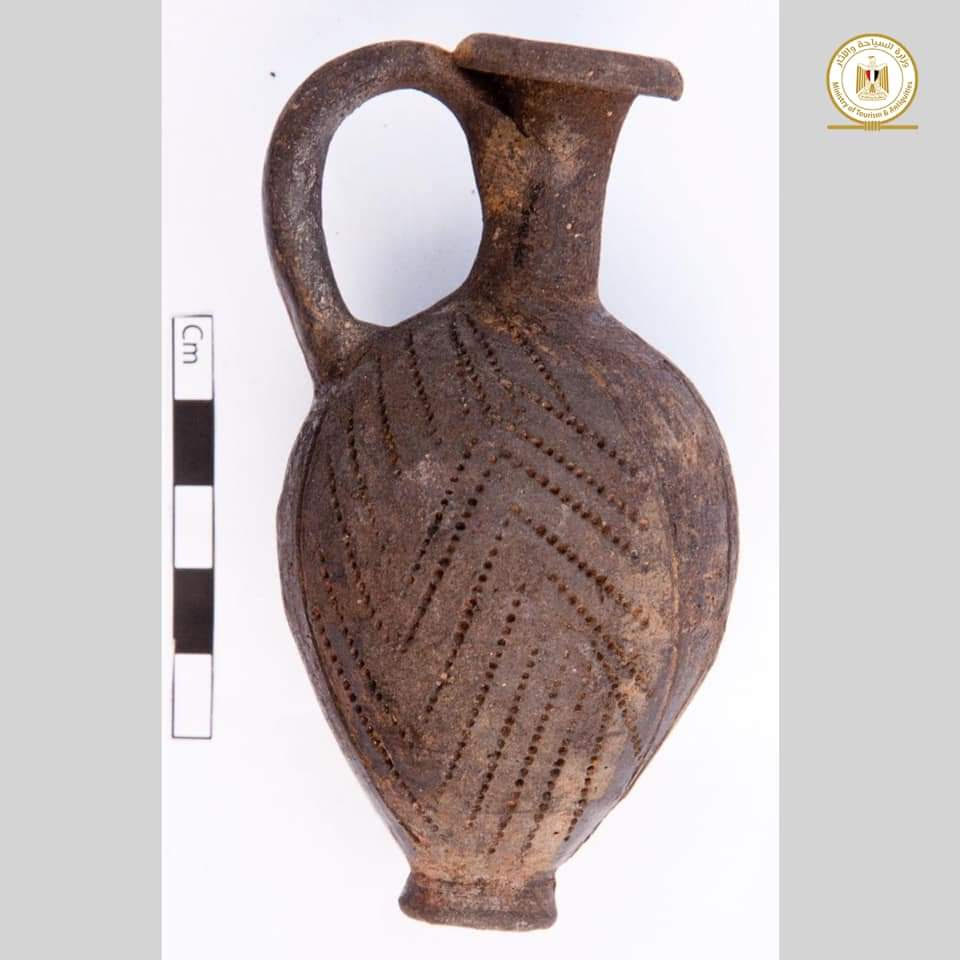 As to the tombs of the Hyksos period, Nadia Khader, head of the Central Department of lower Egypt in the Supreme Council of Antiquities, said that 31 of them are semi-rectangular pits ranging in depths between 20 cm and 85 cm, and characterised by burials in extended positions with the head towards the west and the face upwards. A pottery coffin was found that contained a child, as well as two brick tombs in the form of a rectangular buildings for children burials. These included funerary furniture, a small pottery vase and silver rings, as well as the remains of a baby buried inside a large pottery pot. Funerary furniture was placed inside the pot shaped as a small black pottery vase. 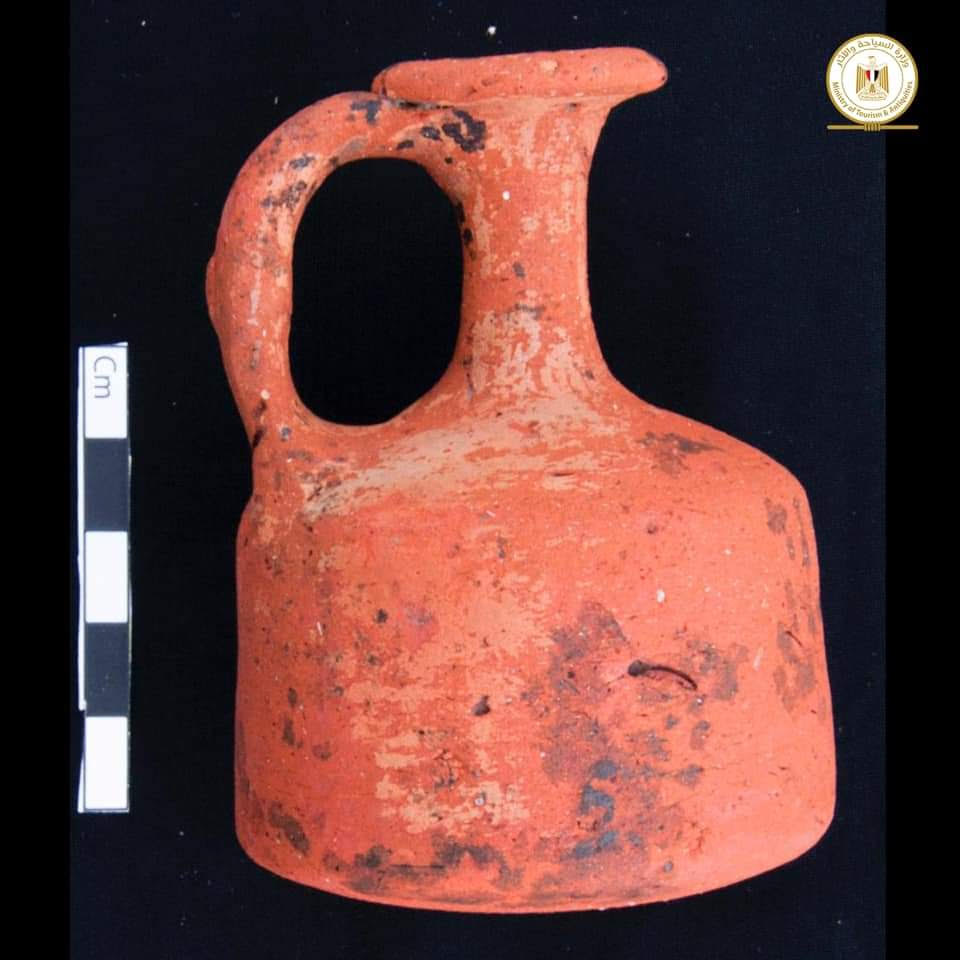 The mission also discovered a collection of ovens, stoves, remnants of brick buildings, crockery, and amulets, some of which were made of semi-precious stones and ornaments such as earrings.