Restorative cleaning work in the ancient temple of Esna, some 700km south of Cairo, has revealed stunningly vibrant coloured engravings and reliefs for the first time. The cleaning was the work of the Egyptian-German archaeological mission.

Secretary-General of the Supreme Council of Antiquities Mustafa Waziri said the restoration and cleaning process unveiled the original inscriptions and colours on the 14m-high middle ceiling above the temple gate; these depict 46 eagles in two rows, some bearing the heads of the Upper Egypt goddess Nekhbet, and others bearing the head of the Lower Egypt goddess Wadget.

Mr Waziri pointed out that these inscriptions had not been mentioned in the scientific publication of the French Egyptologist Serge Sauneron who documented the temple inscriptions between 1963 and 1975.

The restoration project is funded by the American Research Center in Egypt.

Hisham El-Leithy, Head of the Central Department for Documentation of Egyptian Antiquities, and Head of the Egyptian Archaeological Mission, explained that the reliefs and engravings revealed at Esna temple had been concealed beneath thick layers of dust, dirt, soot, salts, birds and bat droppings, and spider nets over the some 2000 years.

While cleaning the western wall of the temple, the mission found Greek inscriptions in red ink that date to the Roman reign of Emperor Domitian (AD 81-96). The inscription records the day and 11th month of the ancient Egyptian and Coptic calendars – “EPIPHI 5” which corresponds to around the time the temple was likely completed.

Esna Temple is dedicated to the Ancient Egyptian ram god, Khnum, and his consorts Menhit and Nebtu, their son, Heka, and the goddess Neith. Khnum, one of the earliest-known Egyptian deities, was the ram-headed creator god who fashioned humankind on his potter’s wheel, and was also the god of the source of the Nile. He was later described as having moulded the other deities, and he had the titles “Divine Potter” and “Lord of created things from himself”. 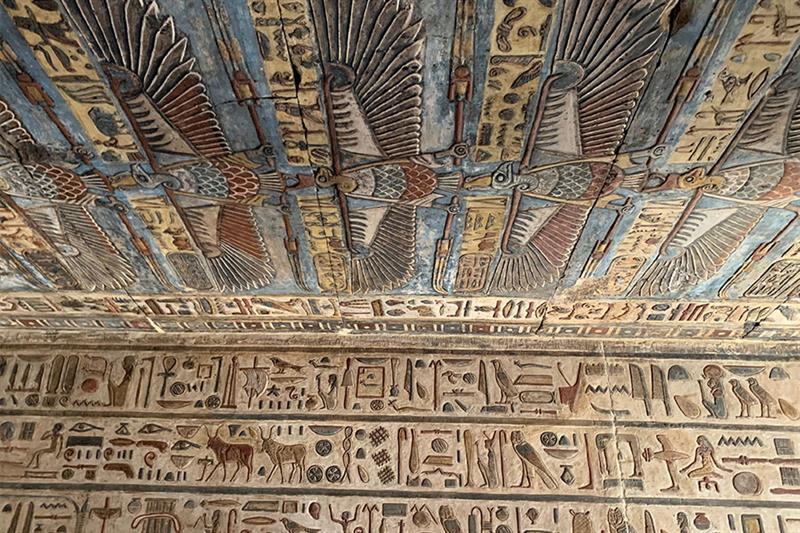 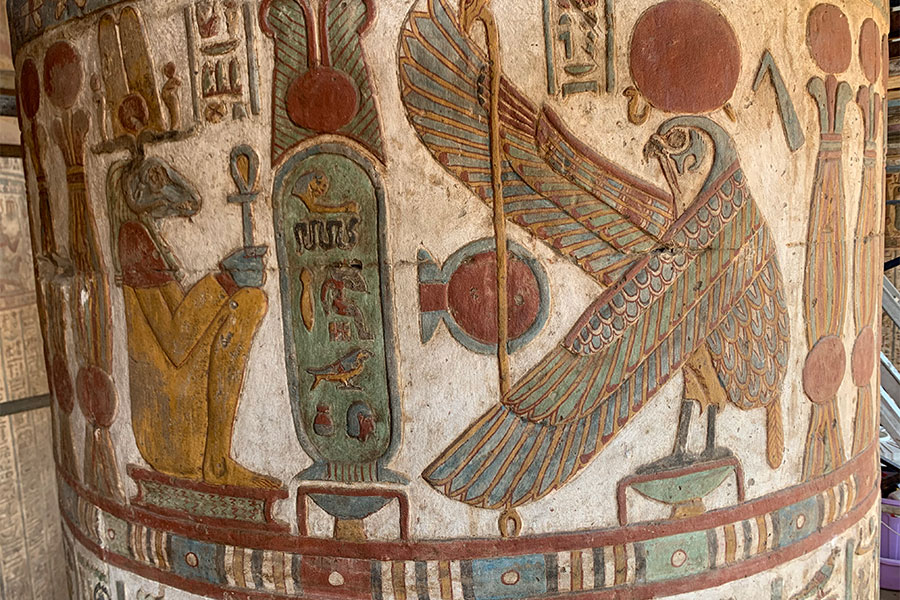 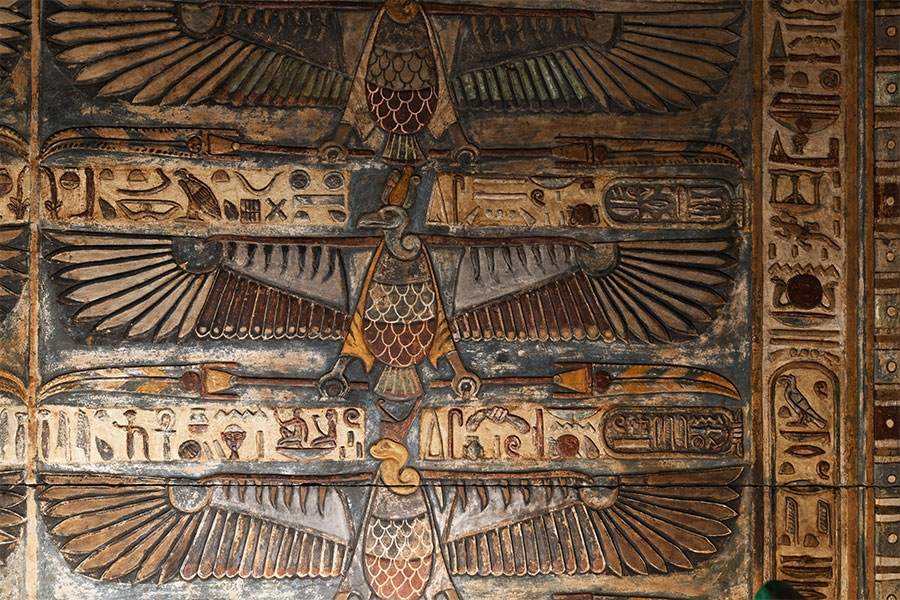 Construction of the Temple of Khnum was begun by Ptolemy VI Philometor (180–45 BC). The Romans added the hypostyle hall, the only part of the temple that is excavated and can be visited today, with well-preserved carvings from as late as the 3rd century AD. During the 19th and 20th centuries, the Temple of Esna suffered from urban encroachment, till access to the site was only possible through one of the houses built around it.

Today, the temple sits in a 9m-deep pit, which represents 15 centuries of desert sand and debris accumulated since it was abandoned during the Roman period. Most of the temple, similar in size to the temples of Edfu and Dendara, still lies under the town of Esna.