Tutankhamun was not among the brightest or most important pharaohs in Egypt’s ancient world. In modern times, however, he is among the most famous, on account of his tomb and funerary treasure which were discovered intact in the Valley of the Kings in Luxor West Bank. Discovery of the sealed tomb by Howard Carter in November 1922 caused a sensation, nothing so complete had ever been found before.

November 2022 marked a century on the discovery of Tutankhamun’s tomb. It took some ten years of painstaking, meticulous work to document and preserve the some 5000 pieces discovered; they were then moved to the Egyptian Museum in Cairo. 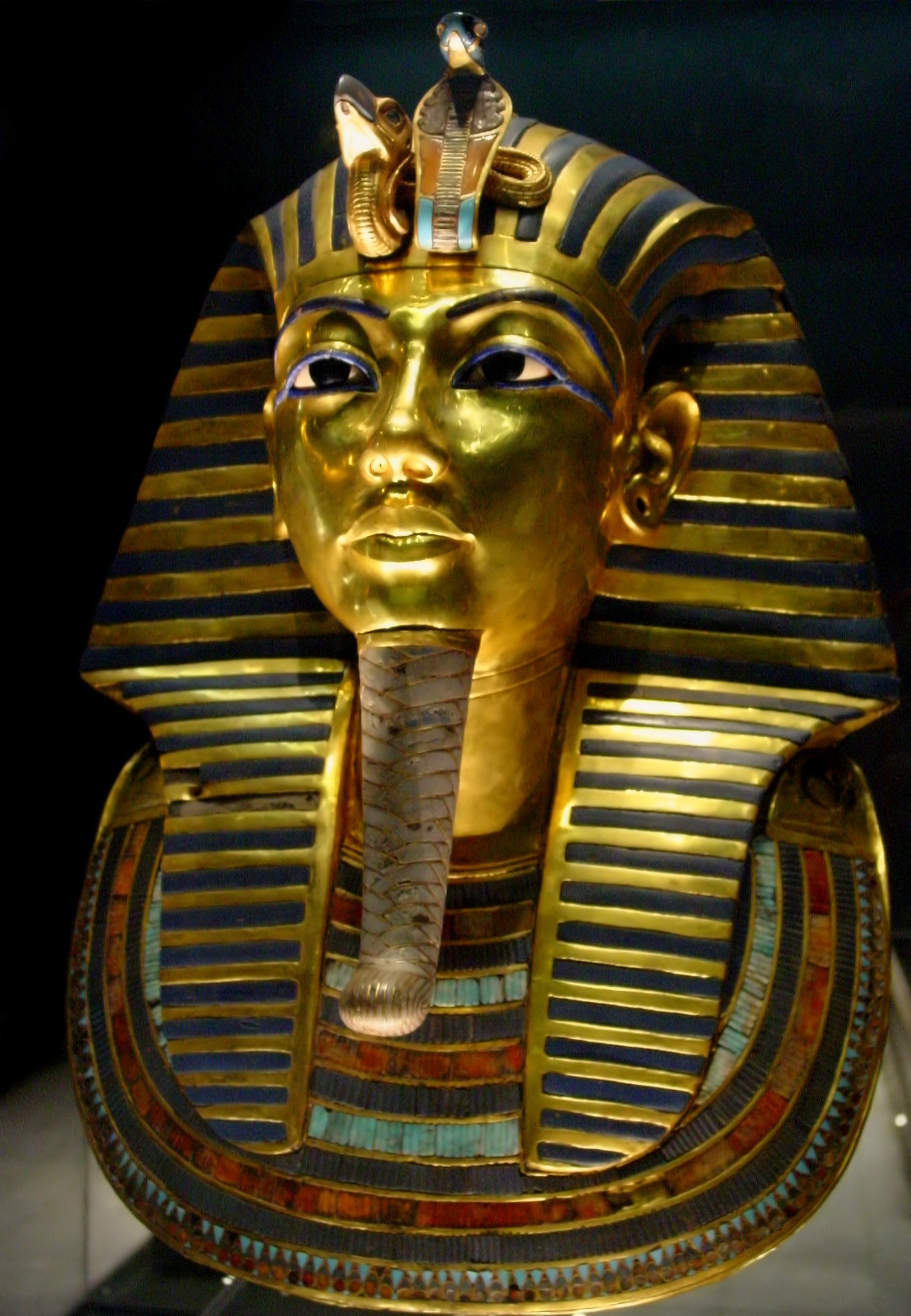 The centenary was to be given a grand commemoration in Egypt, but this never materialised, since the date was sandwiched between two grand global events that practically robbed the centenary of the limelight. The first was COP27, the World summit on climate change, held in Egypt’s Sharm al-Sheikh in 6 – 20 November 2022; the second was the football FIFA World Cup games in Qatar from 20 November to 18 December 2022.

The centennial celebration of the discovery of Tutankhamun’s tomb was thus, even though extensive and diverse, relatively muted. It involved a November-long series of events that included special exhibits, lectures, and functions across the country. 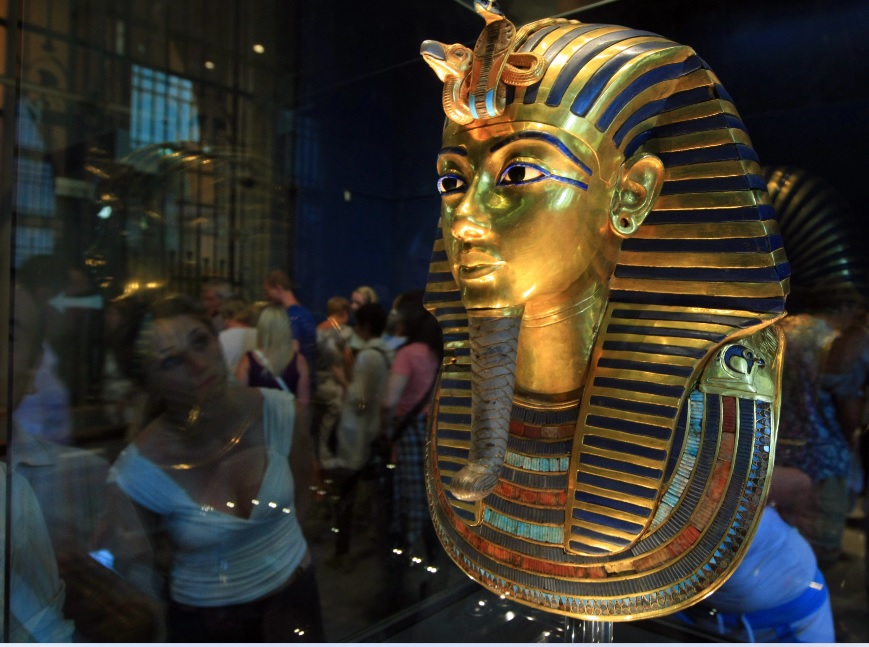 The Egyptian Museum in Cairo’s Tahir Square displayed a special exhibit of 18 artefacts that belonged to Tutankhamun, some of which were on show for the first time.

The Ministry of Tourism and Antiquities launched a special programme to commemorate the occasion. It started off with a special visit to the tomb in Luxor’s Valley of the Kings, in which archaeologist and former Antiquities Minister Zahi Hawass took part, together with Mustafa Waziri, Secretary-General of the Supreme Council of Antiquities (SCA). Participating were ambassadors of various countries in Cairo, including UK, Poland, Italy, Mexico, Croatia, EU, US, Denmark, Chile, and Singapore, along with the UN Resident Coordinator in Egypt, the Canadian Cultural Advisor, representatives of local and international media, and Egyptian and non-Egyptian bloggers and influencers.

The SCA launched the first virtual tour of Tutankhamun’s tomb at the time of its discovery in 1922, complete with all the furniture and pieces it had then contained. The virtual tour can be accessed at the Visitors Centre in the Valley of the Kings.

The centenary celebrations in Luxor featured the opening of the newly restored Carter’s House, the mud-brick house Howard Carter (1874 – 1939) had built in 1911 near the entrance to the Valley of the Kings, and in which he lived until his death in 1939. It was expanded after discovery of the tomb to serve as a place to register and study the antiquities discovered.

The house consists of a single central hall topped by a dome, a study, and a photography laboratory. In 1939, ownership of the house passed to the Egyptian Antiquities Authority which used it as a guest house for antiquities inspectors.

Minister of Tourism and Antiquities Ahmed Issa joined Luxor Governor Mostafa Alham in opening the newly restored house. The Carter House restoration project was carried out from February to November 2022, with funding from the US Agency for International Development (USAID) and the Adina Lee Seven Family Foundation. It included construction work, repairs for damage to the mud brick structure caused by seeping water, and landscaping of the surrounding green spaces so that a water-free buffer zone was created around the house to escape future damage by water, also a historically accurate recreation of the interior of the house and its furniture.

Visitors to the Carter House are treated to comprehensive explanatory guide plates in Arabic and English, and a collection of archival photographs that present the context of social and political conditions surrounding the discovery of the tomb. Additional information is also provided about what life was like on the West Bank in the early 20th century, also interesting details about the functions of the house and its rooms, such as the photography darkroom. The information on its website is complemented by a virtual tour of the house.

The American Research Centre in Egypt (ARCE) organised a scientific conference to review latest research on King Tutankhamun, his relics, and tomb, in Luxor.

The first session of the conference featured lectures by Lord George Carnarvon and Lady Fiona Carnarvon, descendants of Lord George Herbert, the 5th Earl of Carnarvon who had funded the excavation of the tomb. The conference also boasted a number of prominent Egyptologists and archaeologists, and concluded with Zahy Hawass who gave a lecture titled “Tutankhamun: His Family and Death, and the Valley of Kings and Queens after the departure of Howard Carter.”

The events at Luxor concluded with a celebratory ceremony held jointly between ARCE and the Egyptian Tourism Promotion Board in Luxor Temple Square; Tourism Minister Ahmed Issa attended.

Inside and outside Egypt

The celebrations were not limited to Luxor. The Museums Sector of the Supreme Council of Antiquities celebrated by opening a series of archaeological and art exhibitions, and organising events that included educational guided tours, interactive activities, and artistic educational workshops that shed light on the art of mummification and writing in ancient Egyptian, hieroglyphics, and the tomb of the Golden Pharaoh and its contents.

The Gayer Anderson Museum organised an exhibition titled “Hidden Treasures” that included a unique collection of ancient Egyptian artefacts. The National Police Museum held a photography exhibition titled “Weapons of the Little Pharaoh”. The Tell Basta Museum in Sharqiya, east of the Nile Delta, displayed a photographic collection “Treasures of the Golden King” which showed archival photographs of some of the holdings of Tutankhamun’s tomb.

In Luxor, the Mummification Museum placed on show four alabaster canopic jars inside which the entrails of a deceased were preserved after the mummification process was completed. Luxor Museum of Ancient Egyptian Art opened an exhibition titled “The Golden King Tut”, and an art exhibition titled “The Golden Mask” of paintings and photographs by school and university students.

Egypt was not alone, however, in marking the centenary.

In Australia, the Perth Mint released a commemorative 2oz Silver Proof Gilded Coloured Coin that features an image of Tutankhamun’s funerary mask. The collection is sold out. The National Geographic Society celebrated the discovery with an immersive experience in Washington, DC. Similar King Tut experiences were scheduled for cities across the US and Canada, including Chicago, Dallas, Denver, Detroit, Minneapolis, Nashville, New York, and Toronto.

Born around 1341BC, and mostly an invalid, Tutankhamun became king at the tender age of nine under the name Tutankhatun, in reference to the sun god Atun, and lived on as king for a mere nine years from 1332 to 1323BC. The only significant move during his short reign was his dismissal of the monotheism his predecessor Akhenaten, who reigned c. 1351–1334BC, had imposed on Egyptians by insisting they should worship the sun god Atun alone to the exclusion of all other gods. Tutankhatun allowed Egyptians to go back to worshipping their time-honoured gods, major among them was the god Amun; and changed his name to Tutankhamun. 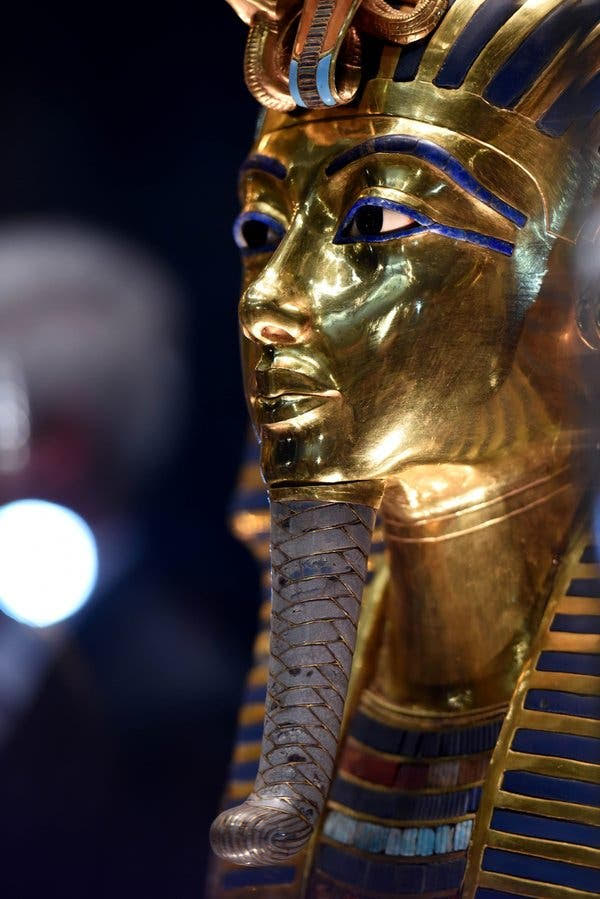 When Tutankhamun died, he was buried in a relatively small tomb. It was the custom of pharaohs to start building their tombs once they ascended the throne, and the builders and artists would keep on enlarging and embellishing it till the king died. Since Tutankhamun died so young, there had been no time to give him a big tomb; he had to be buried in whatever the builders had finished.

So what is so special about it? The fact that his tomb was found undisturbed, with the full burial collection—a veritable, mostly gold treasure—intact. Given that all the tombs of Egyptian pharaohs had been robbed throughout history, many of them during pharaonic times, Tutankhamun’s tomb was a rare exception. 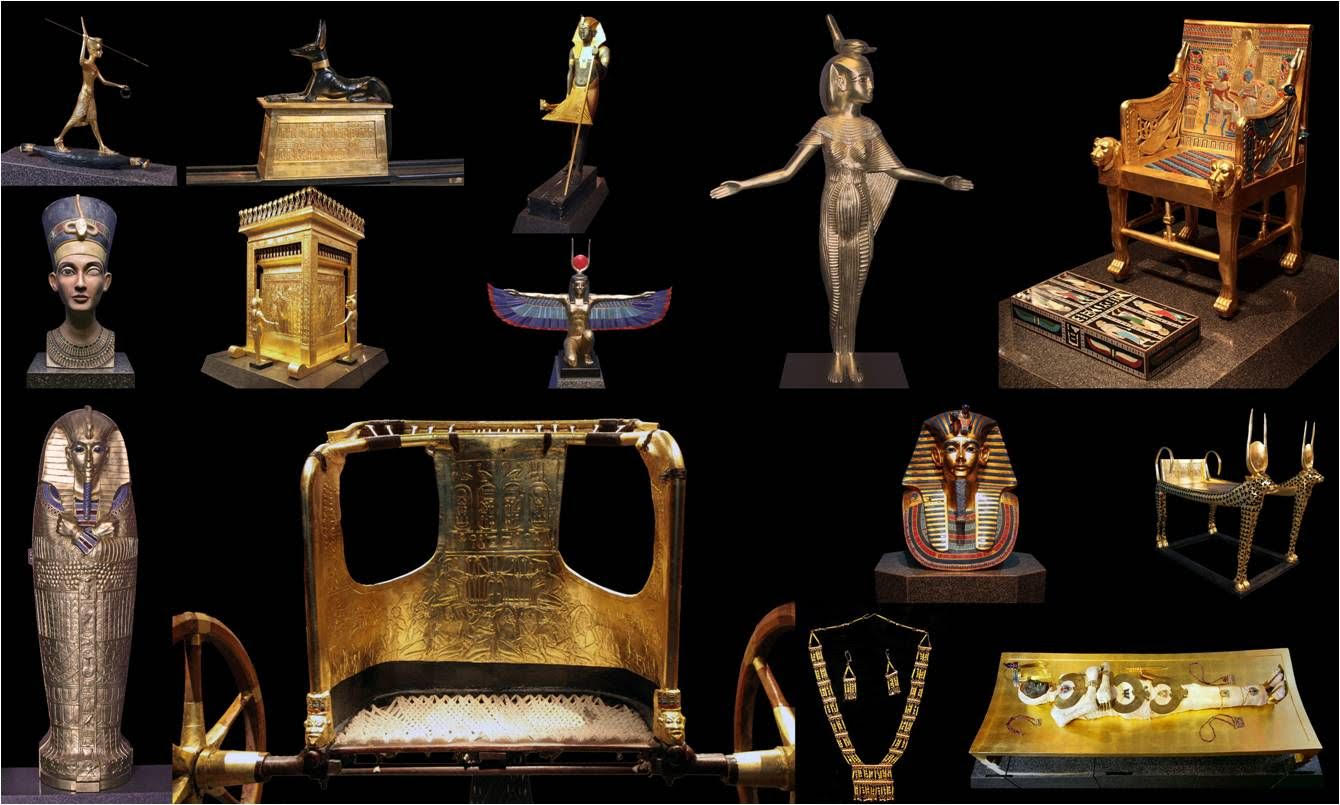 Not that it had escaped raiding, archaeologists say, but the damage was minor. The robbers, who had attempted to raid the tomb shortly after the king’s burial, had apparently been caught and the collection returned to the tomb, thrown almost higgledy piggledy inside. The tomb was resealed. It somehow escaped further plunder, and had to wait for British archaeologist Howard Carter to discover it in November 1922. 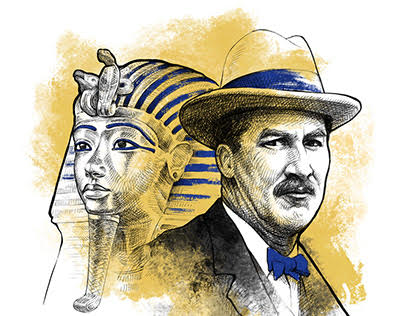 Carter’s quest for the tomb was financed by George Edward Stanhope Molyneux Herbert, 5th Earl of Carnarvon, DL (1866 – 1923) who thought the near-decade-long digging had not been fruitful, and was considering discontinuing his funding in 1922. Carter, however, persuaded him to go on for just one more season of digging. 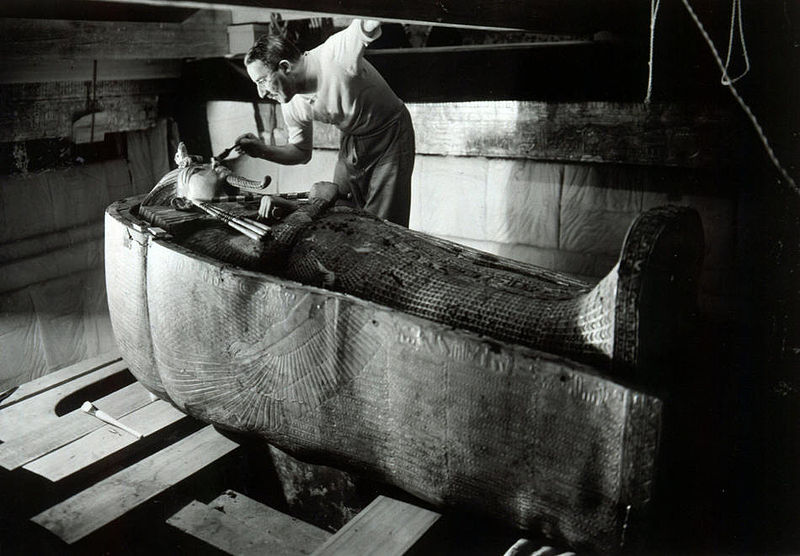 Carter’s amazement at the astounding discovery was so great that, at his first peek into the tomb the only words he could utter were: “Wonderful things inside;” It was all gold, gold, gold!

Following some ten years of meticulous documentation and preservation, the entire Tutankhamun treasure was ready to move to the Egyptian Museum in Cairo’s central Tahrir Square. There, it took pride of place as the museum’s star collection.

Now that Egypt has built its Grand Egyptian Museum, GEM, on the Pyramids Plateau in Giza, the Tutankhamun collection has been moved there from the Tahrir museum. Meanwhile, about 150 items from Tutankhamun’s tomb are touring the world ahead of their relocation to the museum.

GEM, built as Egypt’s first green museum, is almost complete and is scheduled to have a grand opening in 2023. Its foundation stone was laid by President Hosni Mubarak in 2002, and cost roughly a billion dollars, partly funded through a USD300 million-grant from Japan; the Egyptian government funded the project with USD147 million, and the remainder through donations and international organisations. Proclaimed as the largest archaeologist museum in the world, the museum was conceived as a modern repository for Egypt’s ancient treasures. It is built on an area of 120 acres of land, about two kilometres from the Pyramids of Giza, and is a major landmark of the new master plan for the plateau with which it was designed to blend.

When completed, GEM will have the capacity to display 100,000 artefacts. Apart from the Tutankhamun collection, the GEM will house King Khufu’s (c. 2575–c. 2465 BC) solar boats that had rested for some 4,000 years in a pit at the foot of the Great Pyramid till they were uncovered in the 1950s. The solar boat was the barge believed to carry the soul of the deceased into the realm of eternity.

The colossus of Ramses the Great was the first major artefact to enter the permanent collection area of the GEM in 2018. The 3,200-year-old statue of Ramses II, which once stood tall in Ramses Square, in central Cairo, up until 2006 before it was moved to the GEM, now towers in the museum’s foyer, with the museum building surrounding it. 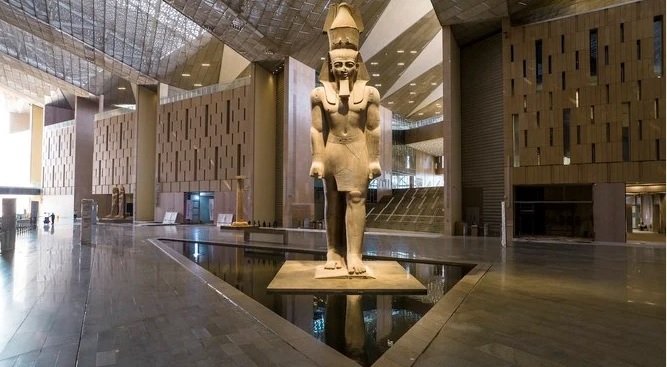 At GEM, the most exhaustive Tutankhamun collection in the world will be dazzlingly shown in state-of-the-art museological display in galleries that stretch over 7,200 square metres of space. Among them will be the King’s iconic mask, currently still at the Egyptian Museum and set to be the last item to be moved to GEM ahead of its opening.