As Egypt gradually reopens following weeks of closure on account of the COVID-19 pandemic, the Ministry of Antiquities has reopened for visitors two museums in Alexandria, and three monuments there. 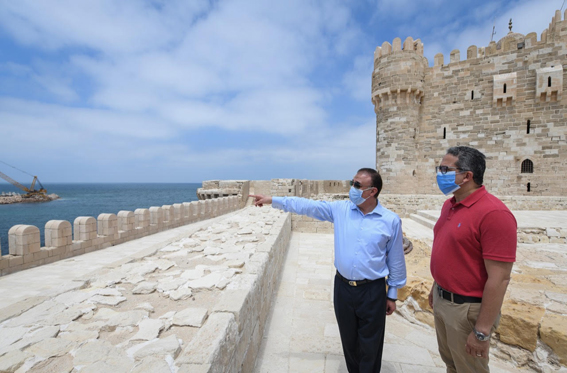 The sites had obtained approval for their health safety regulations by the Board of the Supreme Council of Antiquities. 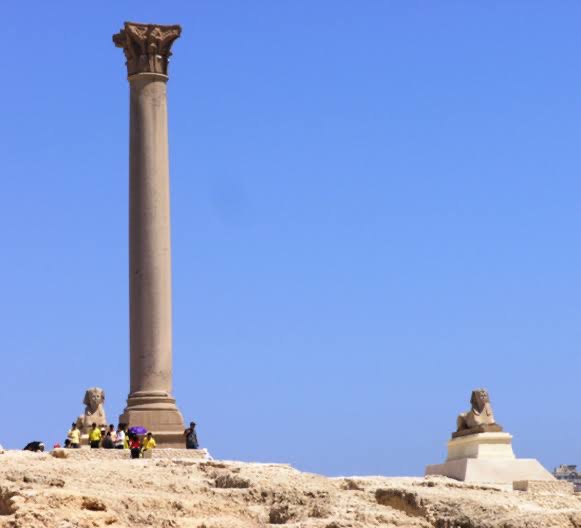 The National Museum of Alexandria was first opened to the public in September 2002 and displays more than 1,800 items from different eras including the Pharaonic, Greek Ptolemaic, Roman, Byzantine, and Islamic eras.

The Jewellery Museum was formerly a small but sumptuous palace built for Princess Fatma Zahraa’ Haidar Fadel, born in 1903. It was built in 1923, and was used by the Princess’s family as a summer residence until the 1952 Revolution, when all royal possessions were sequestrated. 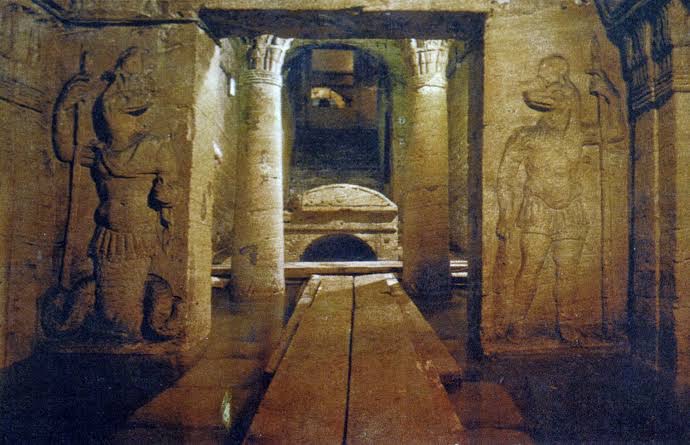 The museum includes 11,500 pieces belonging to the family of Mohamed Ali Pasha, founder of the royal dynasty that ruled Egypt for 147 years. The museum displays some precious vessels and utensils of the royal family, as well as a collection of coins. The most important acquisitions in the museum are an oval, diamond-inlaid snuff box that belonged to Mohamed Ali himself. There is also an azurite pen case with a model of the Qasr al-Nil Bridge fixed in the back, given to King Fouad on the occasion of the inauguration of the bridge after its expansion in June 1933. A crown inlaid with diamonds, rubies and pearls in an exquisite Indian design belonged to Princess Shwikar, King Fouad’s first wife. There is also a golden tea-set was presented to King Farouk and his wife Farida on their wedding day by a number of Egypt’s pashas, who signed their names on the back of the salver, and a gold and diamond chess set, a gift from the Shah of Iran. [https://en.wataninet.com/culture/heritage/crown-jewel-of-a-palace/4675/ ] 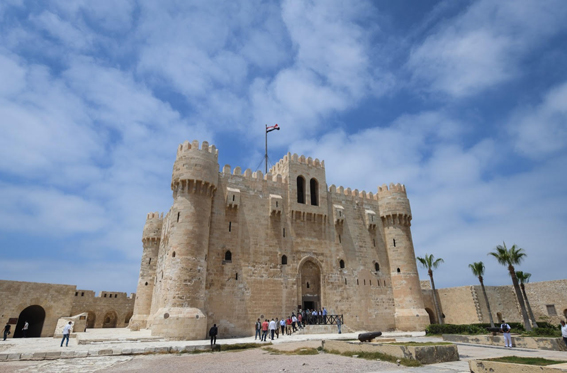 Qaitbay Fort was built in 1477 by the Mamluke Sultan Al-Ashraf Abul-Nasr Qaitbay on the site of the famous Lighthouse of Alexandria, which was one of the Seven Wonders of the Ancient World. The fort was one of the most important defensive strongholds against naval attacks from the Mediterranean. Built on an area of 17,750 sq.m., the fort includes a mosque, and used to house an oven, windmill, armouries, and a bench overlooking the sea. 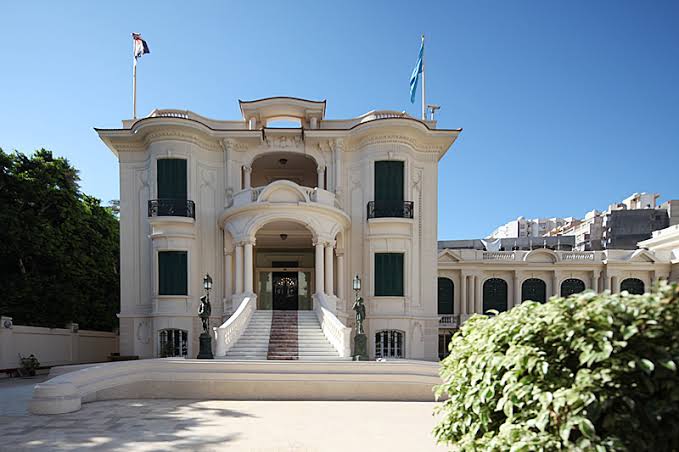 The Roman column erroneously named Pompey’s Pillar in Alexandria was built in 298 – 302 AD to honour Augustus Diocletian. It is a giant Corinthian column that originally carried a statue of the Roman emperor in armour. Alexandrians know it by its Arabic name of Amoud al-Sawari.

Kom al-Shoqafa, literally ‘Mound of Shards’ in Arabic, is a site of Roman catacombs used as an underground necropolis during the 2nd to 4th centuries. It got its name from the mound of terra cotta shards that covered it, which mostly consisted of clay objects and jars. The necropolis included tombs tunneled into the bedrock, statues, and funerary objects that merged features of Roman, Greek, and Egyptian cultures. 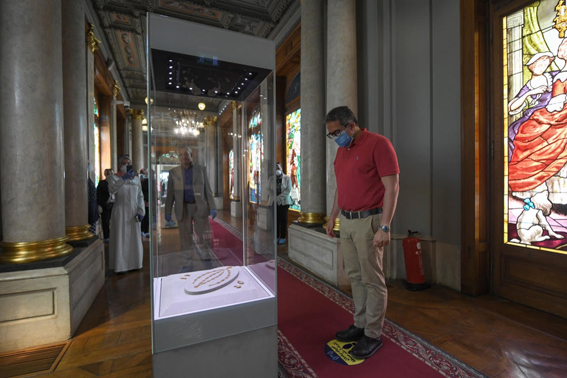