The tomb of Ptah-M-Wia, head of the treasury during the reign of King Ramses II (1303 – 1213BC), has been unearthed by an archaeological mission from Cairo University doing excavation work at the Saqqara necropolis.

The discovery was announced in a statement by the Egyptian Ministry of Tourism and Antiquities. Mostafa Waziri, Secretary-General of the Supreme Council of Antiquities, said the discovery was an important one because of the several titles the tomb owner possessed in life. He was the royal scribe, and was head of the treasury and of the supervisors of Pharaoh’s cattle; and was also in charge of the royal offerings at Ramses II temple in Thebes.

Mr Waziri said the discovery was made in an area which includes tombs of top officials of the New Kingdom (1539 – 1075BC), among them the tomb of the military commander Haremhab.

Head of the Cairo University archaeological mission, Ola El-Egazy, explained that the tomb architectural style is known as the tomb-temple, because it consists of an edifice entrance that leads into one or more courtyards. The tomb is located at the far west, and includes a shrine for the gods headed by a pyramidion. 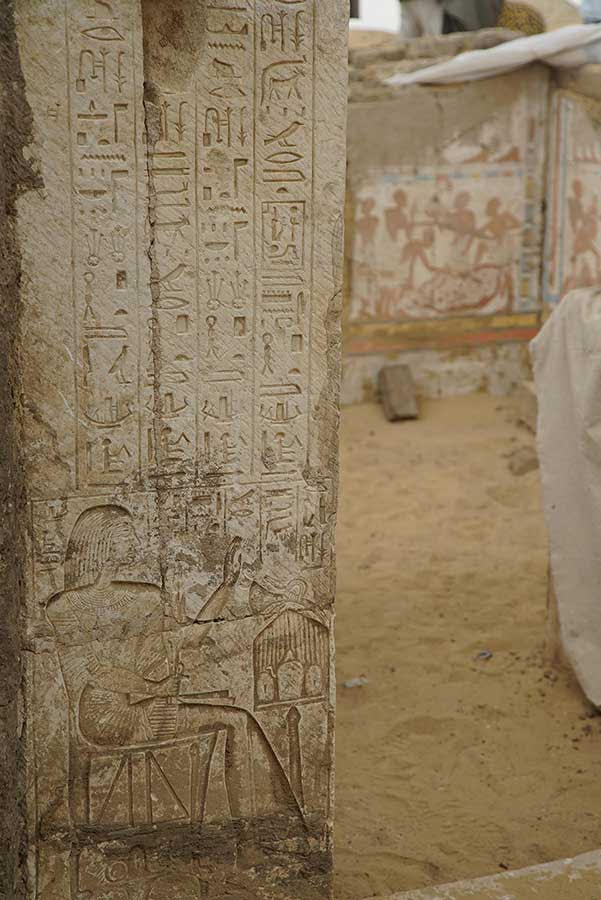