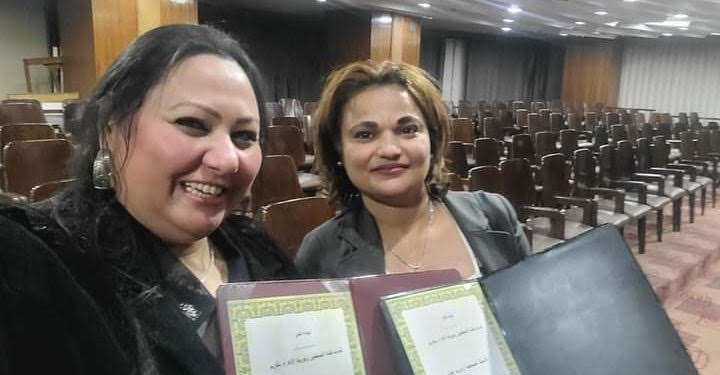 The awards ceremony was held at the Muhammad Hassanein Haikal Hall at al-Ahram building. Attending were Abdel-Mohsen Salama, Chairman of the board of Al-Ahram; and writer Hisham Al-Zeini who is the son of Nawal Omar and head trustee of the award in her name; as well as senior figures in the journalism and media fields, and professors in the media faculties in universities.

Dr Nawal Omar was a media professor who founded the media departments at Benha University and Zagazig University. She impacted Egyptian media in a distinctive way, especially through the hundreds of graduates who attended the departments she founded.

Dr Omar died in 2003. In 2004, her son Hisham Al-Zeini who is today Vice Chief Editor of al-Ahram Auto launched the competition in her name.