In its 69th edition held recently in Cairo, the Catholic Cinema Centre Film Festival has honoured Watani’s senior reporter Mary Fikry for her exceptional reporting on the annual festival every year. This is the second time Ms Fikry is honoured by the CCC for her distinctive work; the first was in 2019.

Together with other media and press workers honoured, Ms Fikry was handed her appreciation certificate by Father Boutros Danial, head of the Festival since 2010. 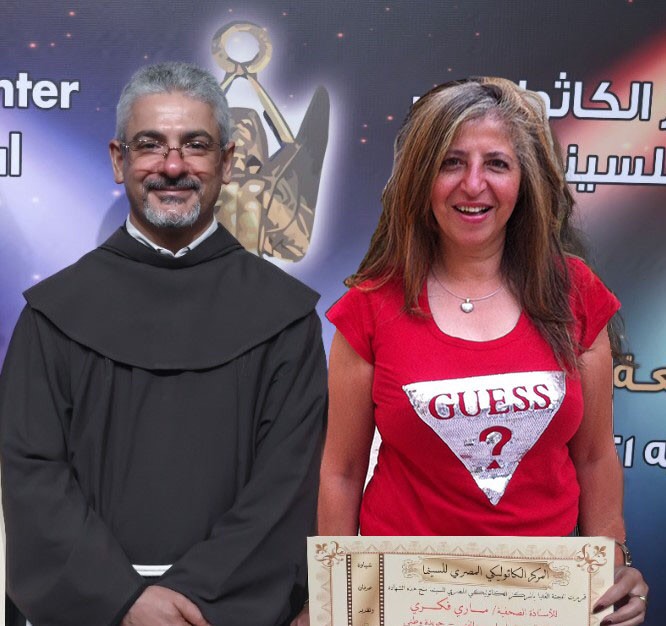 This year, the festival activities were curtailed on account of COVID-19 restrictions on public gatherings. Throughout three days the jury, headed by veteran filmmaker Muhammad Fadel, privately viewed the 23 films produced in 2020 and participating in the festival; for the first time these included five films that had not yet been publicly screened in theatres. Four of these films “Hazr Tigwaal (Curfew)” which tackles the critical issue of sexual abuse of children by family members; “Saheb al-Maqaam (Lord of the Shrine)”; “Youm we Leila (A day and night)”; and Sandouq al-Donia (Magic Lantern)” won prizes. The first won the best film prize for its producer Safei Eddin Mahmoud, best director for Amir Ramsis, and best actress for Elham Shahin; the second won the CCC’s Special Prize for director Muhammad al-Adl, best cinematography for Sameh Selim, best film editing for Rania Muntassir Billah, and best music for Khaled al-Dammar; the third won best scriptwriting for Yehia Fikry; and the fourth won best actor for Khaled al-Sawi. 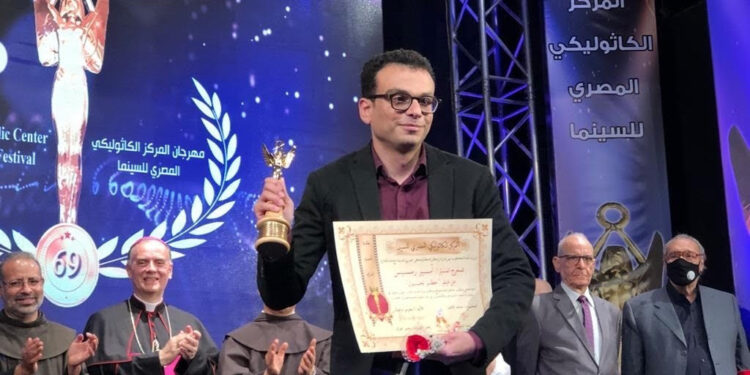 A one-day ceremony was later held to hand the prizes to the winners and the appreciation certificates to the those honoured by the festival.

Attendance to the ceremony was restricted to the prize winners and honorees. Many of the honourees said that being honoured by the CCC festival meant that they were on the right track, given that the festival honours cinematic works of substantial moral and humanistic values. 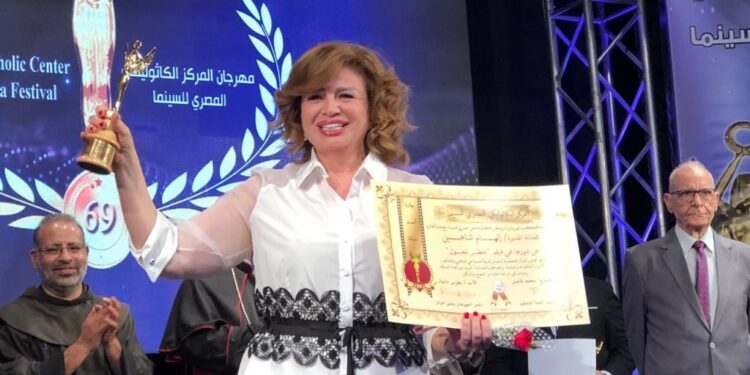 The event concluded with a group photograph of the honorees with Fr Boutros.

For full story of the Catholic Cinema Centre and Fr Boutros Danial: 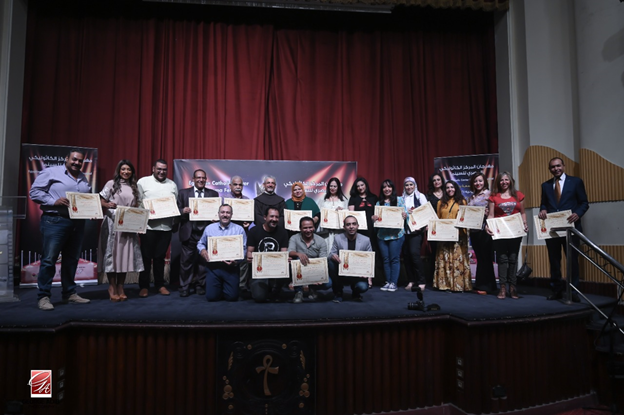