The imposing, Greek-style, majestic building at the crossroads of major thoroughfares near Raml Station in central Alexandria will never fail to leave passersby impressed, craning their necks to keep it in view till it disappears from their field of vision. The building? the Egyptian Chamber of Commerce in Alexandria. 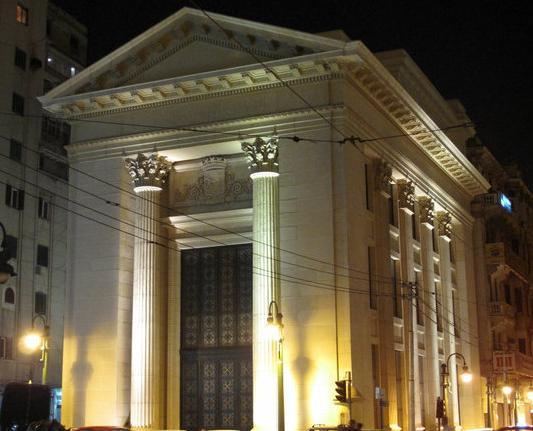 Talk about chambers of commerce may belong to what many consider “dry” topics, but the history and current activity of the Alexandria Chamber of Commerce makes for an interesting story well worth a read.

Acting as a national economic and business institution that fosters economic and business development in Alexandria and the Arab region, it was set up in April 1922 by the traders of Alexandria as a place for them to gather to discuss matters of mutual interest and exchange viewpoints on various problems. Since then, the Chamber has been providing services, growing, and developing. Today, it serves over 240,000 companies, and is headed by Ahmed al-Wakeel. 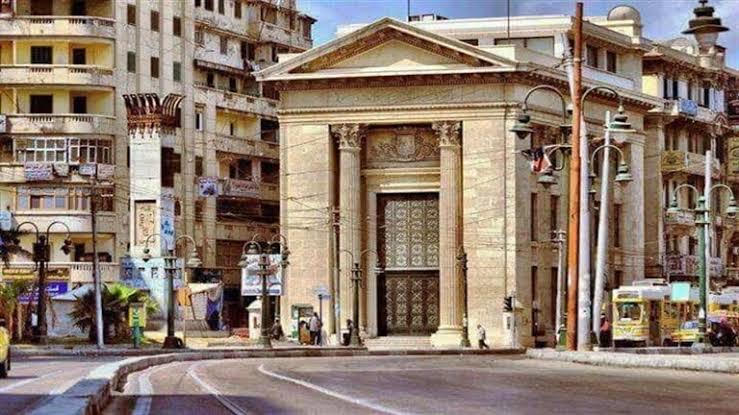 The centenary of the Chamber coincides with the 40th anniversary of the foundation of the Association of the Mediterranean Chambers of Commerce and Industry (ASCAME) among the main founders of which was ACC which currently holds its presidency for a two-year term. ASCAME brings together more than 500 chambers from 23 countries overlooking the Mediterranean and more than 22 million companies.

ASCAME chambers implement regional projects financed by the EU with a budget of more than 180 million euros in the food and textile industries, tourism, transport and logistics, new and renewable energy, environment and training for employment, regional development, transport and logistics, and the participation of workers abroad in the development of their countries. There is also a regional programme for the development of trade and investment.

Last October 2022, a two-day centennial celebration was held in the main hall of the Bibliotheca Alexandrina (BA). It was attended by a number of governors; cabinet ministers; politicians; heads of chambers of commerce unions in Arab, African and European countries; also more than 1,000 businessmen from countries over the world, heads of international economic and trade organisations, and senior diplomats. 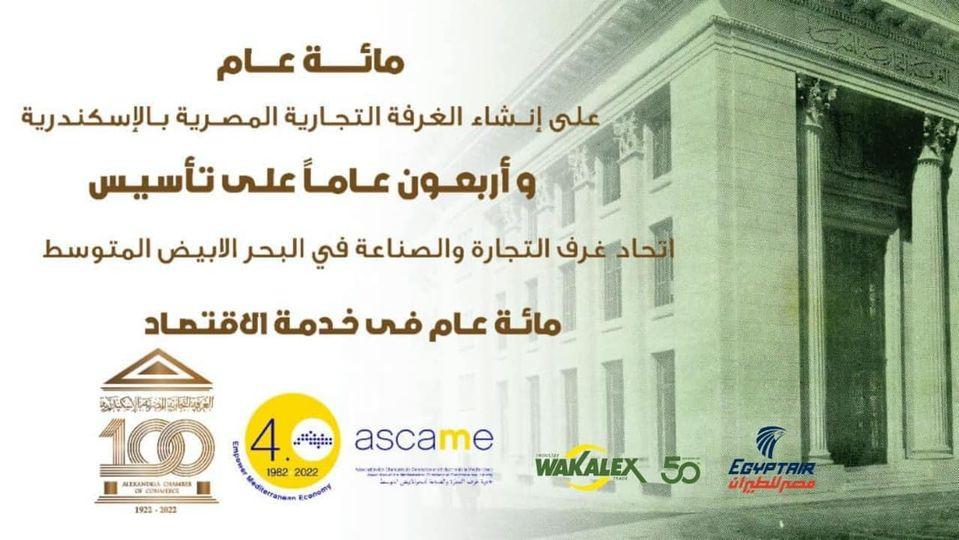 The celebration opened by screening a documentary on the history of the Egyptian Chamber of Commerce in Alexandria throughout its 100 years span. This was followed by speeches by officials and senior figures in the trade sphere.

The idea of setting up the ACC developed following the national 1919 Revolution, which demanded total independence for Egypt. At the time, “Egyptianisation” was the key word in every aspect. Where trade and industry were concerned, there were trade chambers for Greek, British, French and other traders, but none for Egyptians.

On 30 April 1922, the general assembly of the first Egyptian Chamber of Commerce convened; the Chamber had been founded by Egyptian industrialists, manufacturers, and traders. The assembly was attended by 126 of the biggest traders in Alexandria, and saw the election of Muhammad Effendi Tawfiq to head the Chamber that would guard the interests of Egyptian traders and producers. 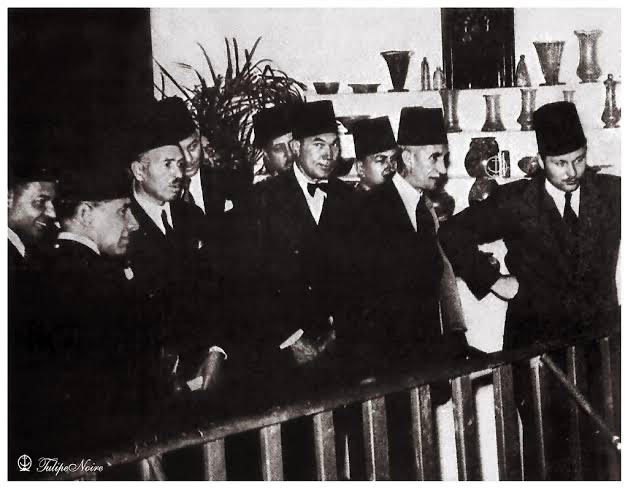 In November 1935, the ACC moved to its current headquarters in Raml station, Alexandria. At a cost of EGP10,000, the building had been erected on land granted to the Chamber according to a royal decree, at an annual rent of a symbolic one Egyptian Pound. Its unique architecture reflected Alexandria’s rich history and its vibrant modern-day economic activity.

Today, the ACC provides services to more than 300,000 Alexandrian traders, and acts as the link between them and the relevant government authorities.

In the word he delivered at the centennial celebration, ACC President Ahmed al-Wakeel made a point of emphasising the uniqueness of Alexandria as a pioneer in many fields.

The first railway line in Egypt and second in the world, Mr Wakeel said, ran between Cairo and Alexandria in 1856, and the 1860 Alexandria tram was the first mass transport means in the Arab region and Africa.

Alexandria also witnessed the first film screening in the Arab world in January 1896, in the coffeeshop Zawani, a few days following the world’s first commercial film-screening in Paris in December 1895.

The first Arab Games were hosted by Alexandria in 1953, which also hosted the second Arab summit ten years later in September 1964, for which occasion the Palestine Hotel was especially built in Montazah Gardens.

The Alexandria Chamber was the first to be visited by presidents and kings, Mr Wakeel said. It was also the first Egyptian chamber of commerce to run on solar energy, also to establish a centre of excellence, an electronic map of economic activities and of the market for fruits and vegetables.

“Not a bakery or factory closed”

During its 100-year history, Mr Wakeel said, the ACC has been a shield for economic activity in the darkest times. It always ensured that food and clothing were available for people during wars or unrest. Thanks to its efforts, not a bakery had to close, not a factory had to halt production, and not one small shop had to endure empty shelves. Under curfews, the ACC ensured that vehicles carrying production inputs were able to adequately circulate with special permits. 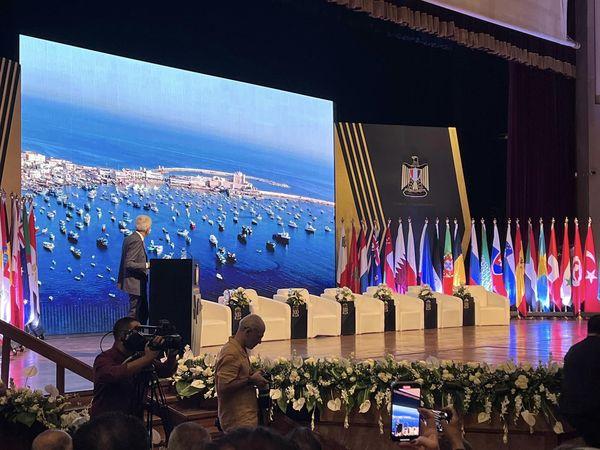 In its archives, the Chamber keeps a ‘thank you telegram’ from President Gamal Abdel-Nasser, President of Egypt from 1956 to 1970, for the aid donated by Alexandria traders to the victims of the Suez War at a value of EGP16,420, also for their previous contribution to the military effort in the 1948 Palestine War.

Following wars, earthquakes, or other disasters, the ACC reconstructed schools and hospitals, dispatched medical convoys to distressed areas, and provided living necessities for the most needy.

The Chamber’s services were not only during the war periods, but moreover extended to establish the “Economic and Social Council for the Development of Alexandria” in cooperation with the Egyptian Armed Forces, the  government, and Egyptian NGOs.

As to the future, Mr Wakeel said that the ACC was fast moving into the digital age through working to automate its services at a cost of EGP7 million, as part of the country’s larger digital transformation.

Apart from setting up an electronic portal and a mobile phone application, he explained, the internal systems of the ACC’s employees, and the financial and administrative systems are being digitised. 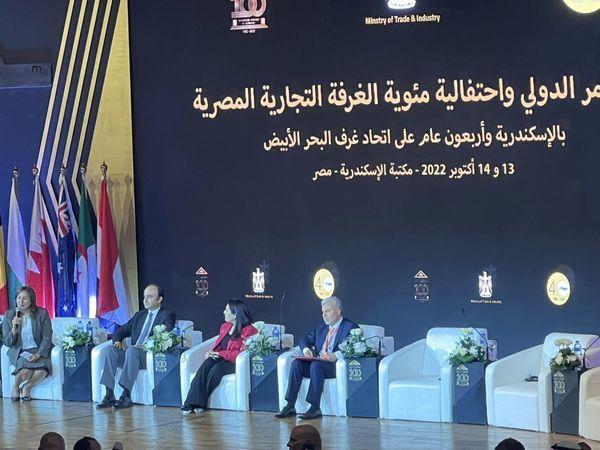 ACC is providing online services to its members, such as obtaining certificates and getting acquainted with the laws that regulate business, also auctions and tenders. Mr Wakeel said the ACC is currently considering signing a protocol with an electronic payments company.

The 100-year-old venerable establishment is all set for the future.