The National Museum of Egyptian Civilization (NMEC) in Fustat, Cairo recently held a workshop for children on papyrus making and related arts. The workshop hosted some of the most notable artists in the field, among them Atef Ali Soliman from Sharqiya, east of the Nile Delta. Mr Soliman explained how the papyrus plant is cultivated, pointing out that Sharqiya is among the areas famous for cultivating it. He also explained how ancient Egyptians used to prepare it for use use as writing material.

During the workshop, NMEC’s cultural and civilisational specialist Nancy Ammar showed the children design and drawing methods over papyrus, also how to draw Pharaonic symbols. In addition, NMEC’s Restoration and Conservation Centre offered an interactive workshop on the manufacture of the inks that ware used by ancient Egyptians, which were all prepared form natural ingredients.

The children participating in the workshop were fascinated with all the new “discoveries”. At the end of the workshop, participants were handed appreciation certificates.

According to Ahmed Ghoneim, Managing Executive Director of NMEC, these workshops aim at instilling constructive cultural values in society, to work as a drive towards growth and progress, and to open to Egyptians new horizons of knowledge and awareness of their history and cultural heritage.

Opened by President Abdel-Fattah al-Sisi in April 2021, the NMEC is located at the heart of al-Fustat, the ancient Islamic capital of Egypt, and is surrounded by several religious complexes. NMEC offers visitors a general overview of all the various historical periods that encompass Egypt’s past. It exhibits objects and artefacts intended to educate the visitor about Egyptian civilization across various historical phases, starting with the Predynastic and Ancient Egyptian periods, and continuing across the Greco-Roman, Coptic, Islamic and modern contemporary times. 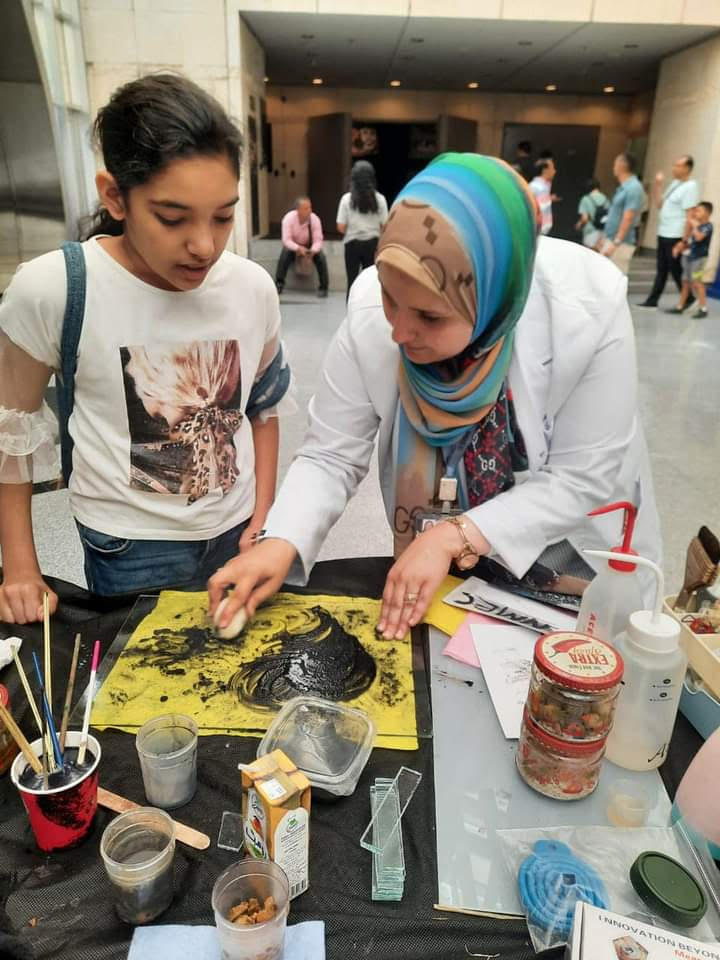