The Grand Egyptian Museum (GEM) on the Pyramids Plateau in Giza, set to open in 2021, has recently received seven large-size pieces of antiquity from the Egyptian Museum in Tahrir Square, Cairo. Among the pieces was a pink-granite coffin of Ramses II, also known as Ramses the Great who reigned in 1279BC – 1213BC, that weighs some 6 tons; a black-basalt statue of King Amenemhat III who ruled Egypt from 1860BC to 1814BC; two pink-granite columns, weighing 17 ton each, of King Sahure 2458BC – 2446BC; also a limestone plate of King Akhenaten.

Al-Tayeb Abbas, General Manager of Antiques Affairs at the GEM, told the media that the large-sized artefacts were moved under tight security, and will be examined and renovated before they are put on display.

“Before transfer, a thorough detailed report of the condition of every item was prepared; this is prerequisite to any renovation work. Each also underwent a mechanical cleaning process before being safely packed for the move,” said Eissa Zeidan, Head of the Restoration Department at the GEM.

According to General Atef Muftah, Supervisor-General of the GEM and surrounding area, the total number of artefacts received by the GEM to place on the grand staircase is reached 67; those already placed for display amount to 48.” 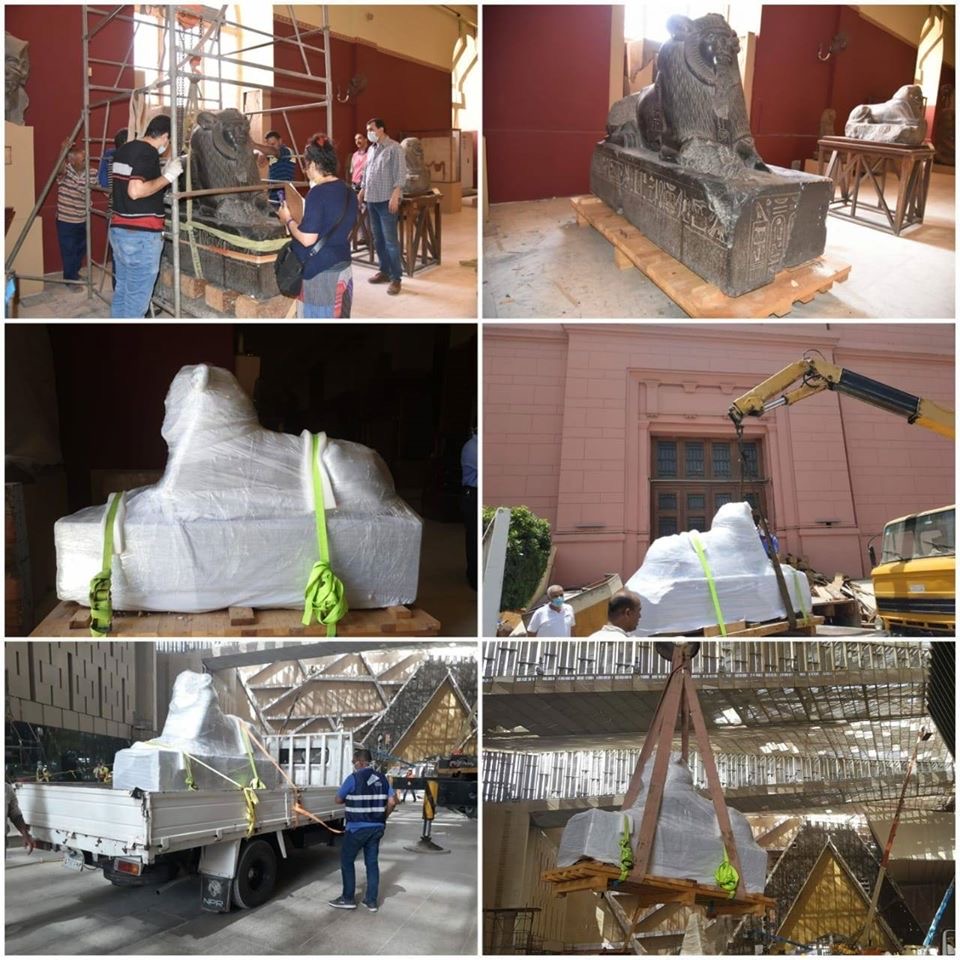 GEM is still under finishing work and is scheduled to open in 2021. Its foundation stone was laid by President Hosni Mubarak in 2002. Proclaimed as the largest archaeologist museum in the world, the museum is built on an area of 120 acres of land, about two kilometers from the Pyramids of Giza, and is a major landmark of the new master plan for the plateau.

In 2007, a USD300 million loan was secured from Japan to build the GEM. The Egyptian government is funding the project with USD147 million; as to the remaining USD150 million, they are being funded through donations and international organisations.

For full details on GEM and the move of Ramses colossus to it: