The symposium was held from 22 January to 22 February and featured participation of 37 sculptors from more than 20 countries including France, Germany, Italy, Japan, Spain, as well as eight sculptors from Egypt. It was part of the celebration of Red Sea National Day, and was hosted by the Egyptian International Sculpture Symposium under the patronage of Governor Abdullah. 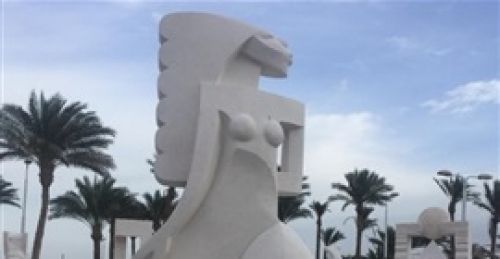 Mr Anany discussed with Governor Abdullah the possibility of re-employing one of the buildings erected to host the symposium for the purpose of establishing a museum for antiquities under the supervision and full custody of Ministry of Antiquities.

Elham Salah, head of museums sector at the Antiquities Mininstry, the idea of establishing the museum has been approved, and all administrative and legal procedures are being taken for it to see light.