The newly-opened National Museum for Egyptian Civilisation in Fustat, Cairo hosted on 16 May a special celebration by the Egyptian National Committee for the International Council of Museums, to mark International Museum Day 2017. The celbration was sponsored by Culture Minister Helmy al-Namnam.
The committee is launching a campaign for free-of-charge visits for museums affiliated to the Culture Ministry all over Egypt such as Ramatan, the museum of the great Egyptian poet Ahmed Shawqi (1868 – 1932) in Giza.
The committee is also issuing a number of discounted booklets on museums.
The International Council of Museums (ICOM) established International Museum Day in 1977 to increase public awareness of the role of museums in the development of society, and it has been steadily gaining momentum ever since.
This year’s theme is “Museums and contested histories: Saying the unspeakable in museums”, in the aim of raising awareness of the fact that, “Museums are an important means of cultural exchange, enrichment of cultures and development of mutual understanding, cooperation and peace among peoples.” 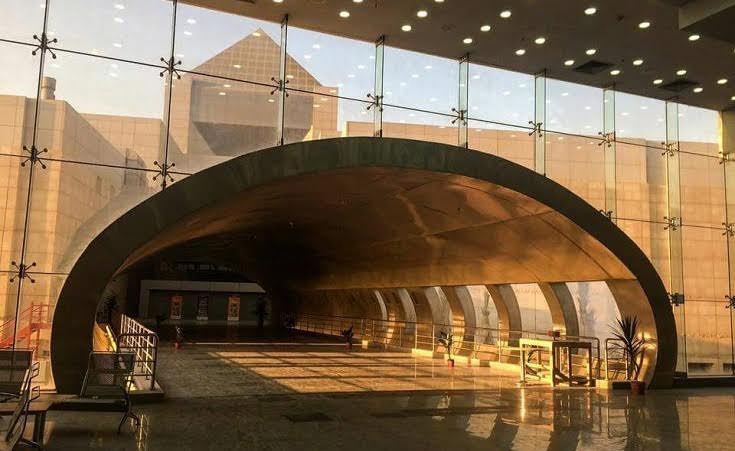 As part of International Museum Day 2017 celebrations, the Bibliotheca Alexandrina Antiquities Museum held a workshop on Sunday 14 May 2017, for children aged 8 -15 years, which offered art activities related to Egypt’s history.

Khaled Azab, head of national committee for museums, said that the committee is endeavouring in the coming few years to collaborate with the international council for museums to urge the museum-activities in Somalia, Djibouti and Eritrea in an attempt to strengthen its regional role in Arab and African countries.
According to Dr Azab, the Egyptian committee of museums agreed in its last meeting to dedicate its publications and heritage books to the Museum of Civilization on the occasion of the start of its activities, and the Nubian Museum in Aswan for its distinguished role in serving the community in Aswan.
The board of the committee also decided to honour its head-deputy, Dr Usama al-Nahhas, in appreciation of his vital role in contacting prominent international associations such as UNESCO and the ICOM, and for his constant work on many important archaeological projects. The committee also honoured the project “Museums of the good old days” for its distinguished work with ‘forgotten’ museums in Egypt.