The Grand Egyptian Museum GEM has set out to be the first eco-friendly green museum in the country. In this regard, work is being done to ensure the museum meets sustainability standards in its environmental, economic and cultural dimensions.

The move comes in the context of the Ministry of Tourism and Antiquities’ strategy for sustainable development as part of Egypt’s Vision 2030, to encourage the sector to develop to a green economy and eco-friendly practices of renewable energy.

Currently, the museum’s administration is working with the National Centre for Housing and Building Research (NCHBR) to ensure all the museum buildings are green buildings, and to have GEM approved as the first green museum in Egypt.

Major General Atef Moftah, Supervisor-General of the GEM project, explained that the museum is in the process of obtaining the Egyptian Green Pyramid accreditation. This accreditation, he explained, requires that the GEM should meet eco-friendly conditions pertaining to visitor services, transport to the museum, ease of access, bicycle paths, parking lots, the use of electric cars, efficiency of water and energy consumption especially in the museum’s green landscape, and the use of renewable energy sources. 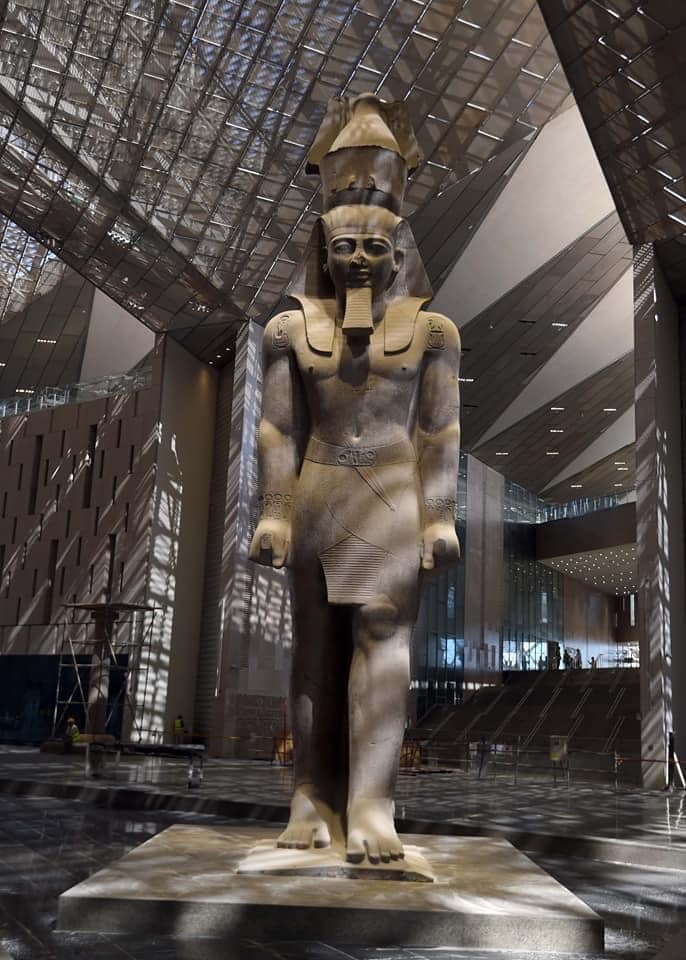 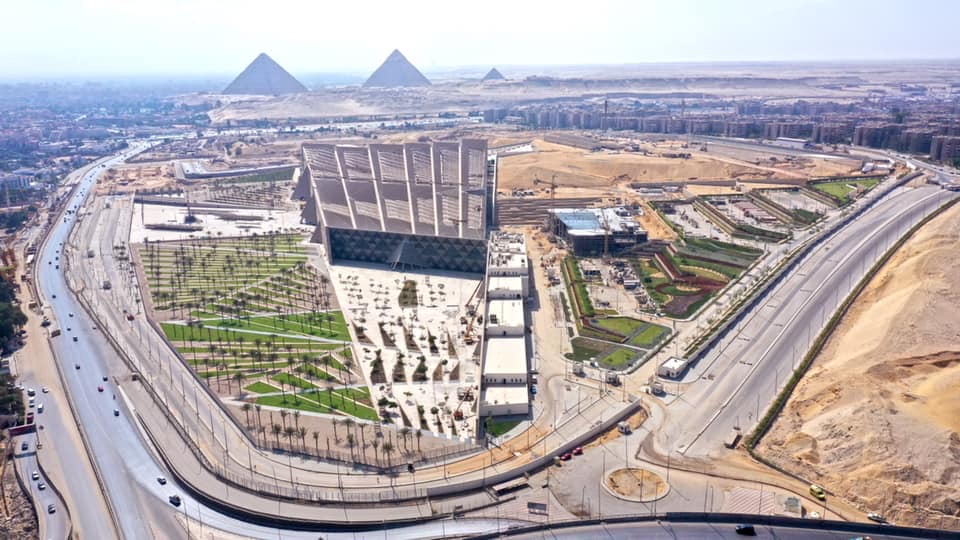 “Approving the museum as a green building,” General Moftah said, “also includes methods of management and the quality of the internal environment. The ventilation system should make use of natural ventilation and air circulation to comply with the minimum required ventilation rates.” 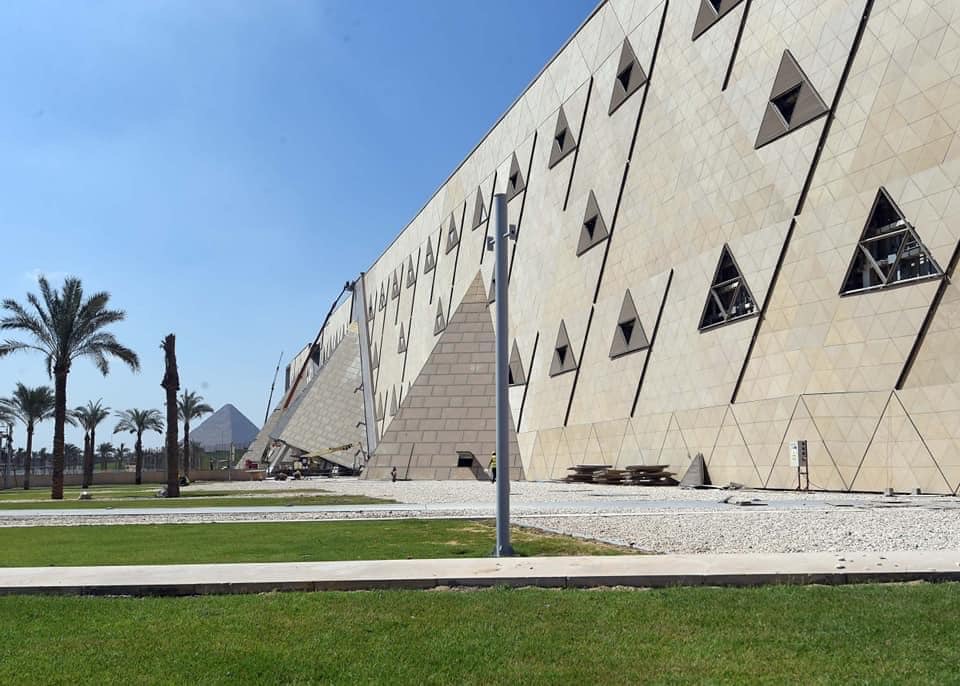 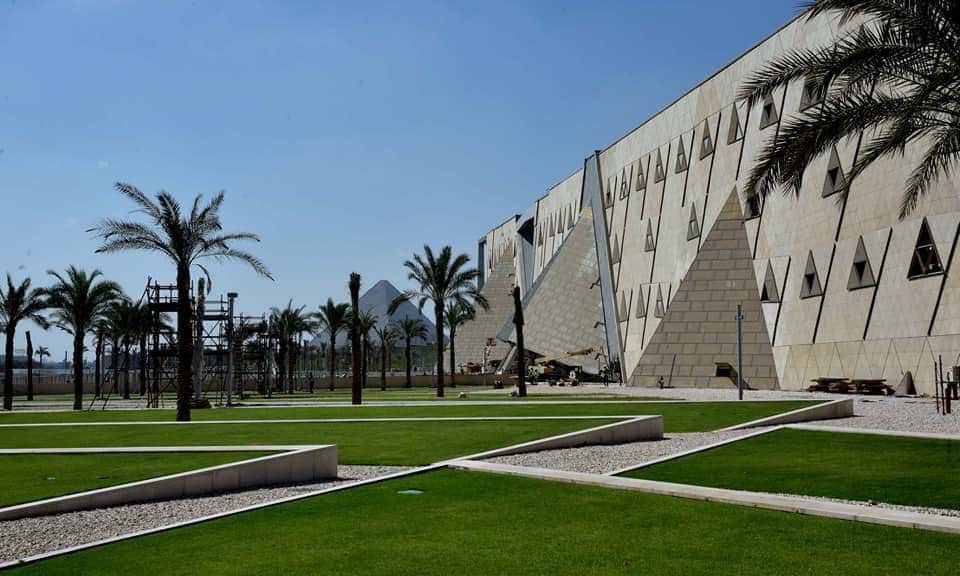 It has not been yet confirmed when GEM would open. Its foundation stone was laid by President Hosni Mubarak in 2002. Proclaimed as the largest archaeologist museum in the world, the museum was conceived as a modern repository for Egypt’s ancient treasures. It is built on an area of 120 acres of land, about two kilometres from the Pyramids of Giza, and is a major landmark of the new master plan for the plateau.

It has been built at a cost of roughly a billion dollars, partly funded through a USD300 million-grant from Japan; the Egyptian government is funding the project with USD147 million, and the remainder is funded through donations and international organisations. When completed, the museum will have the capacity to display 100,000 artefacts.

The GEM is envisaged as a cultural complex of activities devoted to Egyptology and will contain 24,000sq.m of permanent exhibition space, almost four football fields in size, a children’s museum, conference and education facilities, a large conservation centre and extensive gardens.

Among many other antiquity artefacts, the GEM will house the Tutankhamen collection which had graced the Egyptian Museum in Tahrir Square, Cairo.

The museum will also host King Khufu’s (c. 2575–c. 2465 BC) solar boats that had rested for some 4,000 years in a pit at the foot of the Great Pyramid. The solar boat was the barge believed to carry the soul of the deceased into the realm of eternity. Khufu’s two solar boats were found in 1950s. The ropes binding the wooden pieces that formed the boat had disintegrated, but the wooden components were found intact, lying close to one another.

One boat was restored and reconstructed, and was placed in a museum built by the Japanese in 1985 a few metres away from where the boat was found on the southern side of the pyramid. It was relocated to GEM in August 2021. The second boat is still being reassembled.

The colossus of Ramses the Great was the first major artefact to enter the permanent collection area of the GEM in 2018. The 3,200 year old statue of Ramses II, which once stood tall in Ramses Square, in central Cairo, up until 2006 before it was moved to the GEM, now towers in the museums foyer, with the museum building surrounding it.