As the Museum of Royal Carriages celebrates the first anniversary of reopening, the Lovers of Coptic Heritage Society used it as a magnificent venue to host its seminar on the vision and mission of museums as guardians of heritage 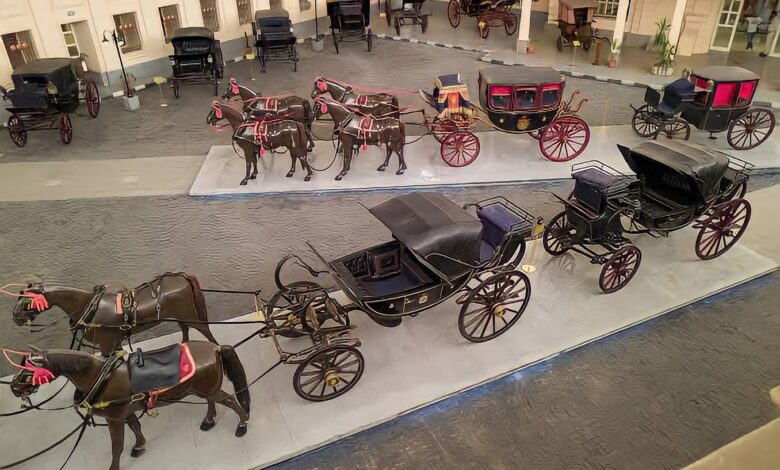 Coptic heritage is a term widely believed to denote the heritage of Egypt’s Christians. But given that the word “Coptic” derives from the Greek Aegyptos, meaning “Egyptian”, associations concerned with Coptic heritage are increasingly stressing the wider sense of the word by focusing on Egyptian heritage of which the Christian is one significant component. 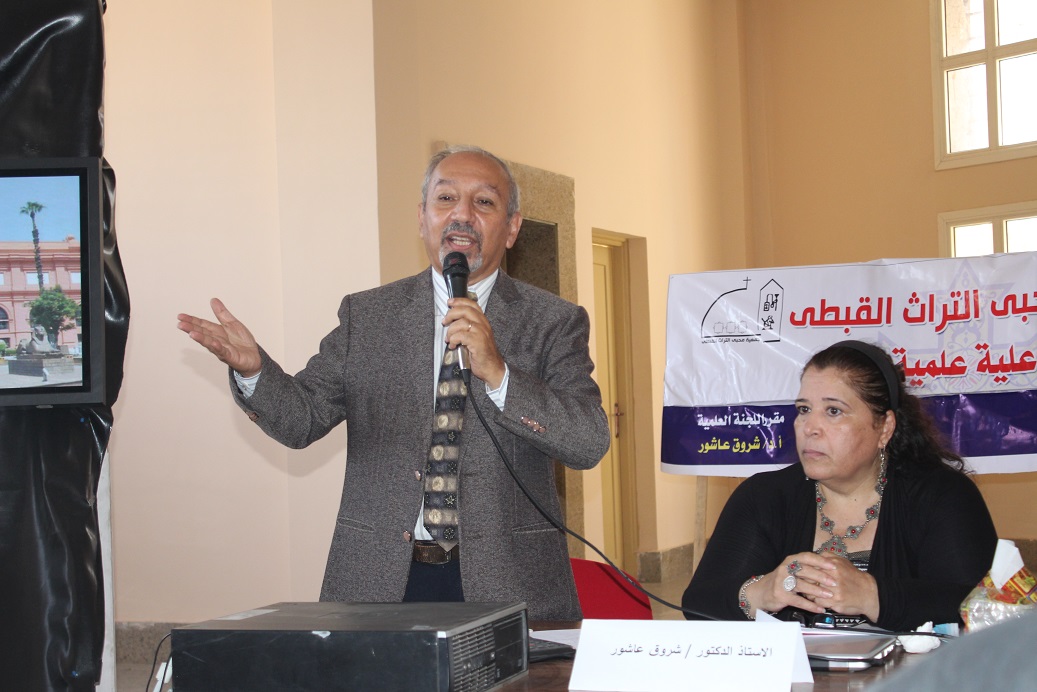 As aptly put by Samy Mitry who heads the Lovers of Coptic Heritage Society: “Coptic heritage is a link in the chain connecting Egyptian heritage of ancient pre-Christian times to that of the more recent and modern post-Christian centuries.”

Culture of love and tolerance

Mr Mitry’s words came amid the most recent activity of the Lovers of Coptic Heritage Society, held a few weeks ago at the Museum of Royal Carriages in Cairo, which this week celebrates one year on reopening to the public following a EGP63 million government funded restoration project. The Society, founded in 1998, aims at raising awareness of the value and beauty of Coptic Christian heritage, especially in its wider Egyptian context.

The event at the Royal carriages Museum centred on a seminar that focused on the concept of the museum; it was titled “The Museum and our National Heritage: A Vision and Mission”, and featured participation by experts and researchers in heritage and antiquity.

The event started with a guided tour of the Royal Carriages Museum; detailed description of every piece was given by the museum’s curators.

The seminar then started with a welcome word by Ahmed al-Sabbagh, Director General of the Museum, followed by a word by Mustafa Abdel-Fattah, Head of the Central Administration of Restoration at the Ministry of Tourism and Antiquities. Dr Abdel-Fattah thanked the Society, noting that all Egyptians—Muslim and Christian—are Copts. “Coptic heritage,” he said, “extends throughout history; it links Egyptian culture with incoming cultures such as the Arab culture. As such, Coptic culture is the embodiment of love, appreciation, tolerance, and compatibility. No civilisation can thrive without love and tolerance.” 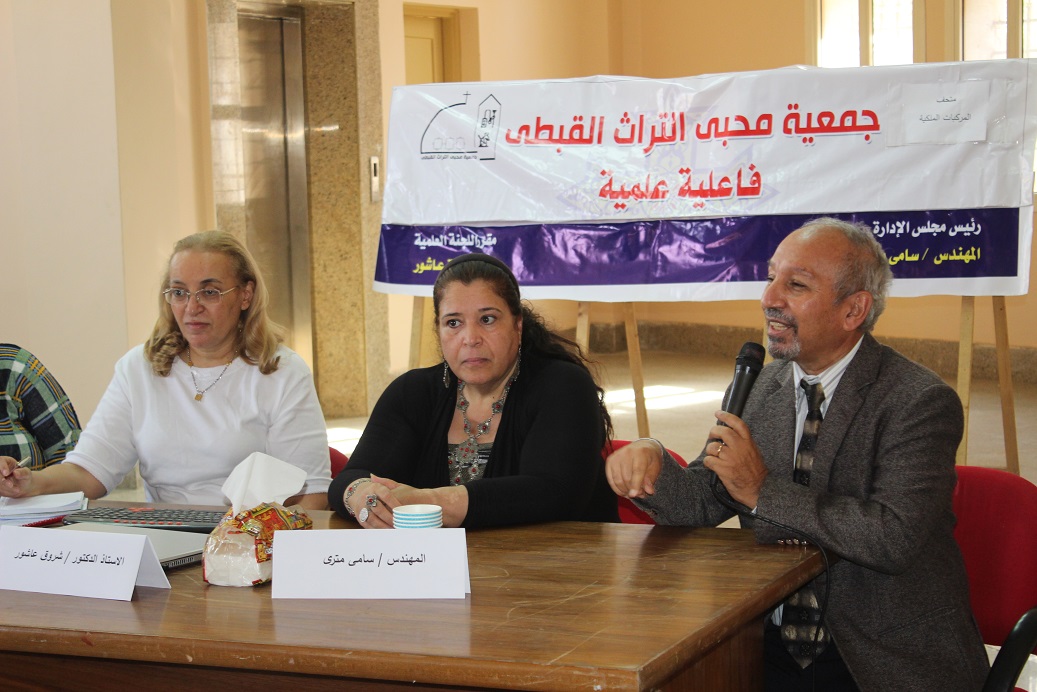 When it was Mr Mitry’s turn to speak, he thanked Dr Abdel-Fattah and all the officials, antiquarians, and staff of the Royal Carriages Museum for generously hosting the event, as well as Shorouq Ashour, the event coordinator. Mr Mitry talked about the role and history of the Society and its various activities of seminars, art exhibitions, conferences, workshops, and cultural trips, in its effort to link the Coptic Church and the Egyptian community to their common heritage of history and arts.

The great role played by museums throughout history, the topic of the seminar, was brought into focus by Shorouq Ashour, professor of Islamic and Christian Archaeology at Future Academy. Dr Ashour said that Egypt, with all the vestiges of its great history—the temples, monuments, murals, mummies, etc—is the epitome of an epic open museum.

In the third century BC, Dr Ashour said, the Musaeum or Mouseion was founded in Alexandria. It included the famous Library of Alexandria, was home to music and poetry and a philosophical school, and was a storehouse of texts. This modern word “museum” derives from the original “Musaeum”. 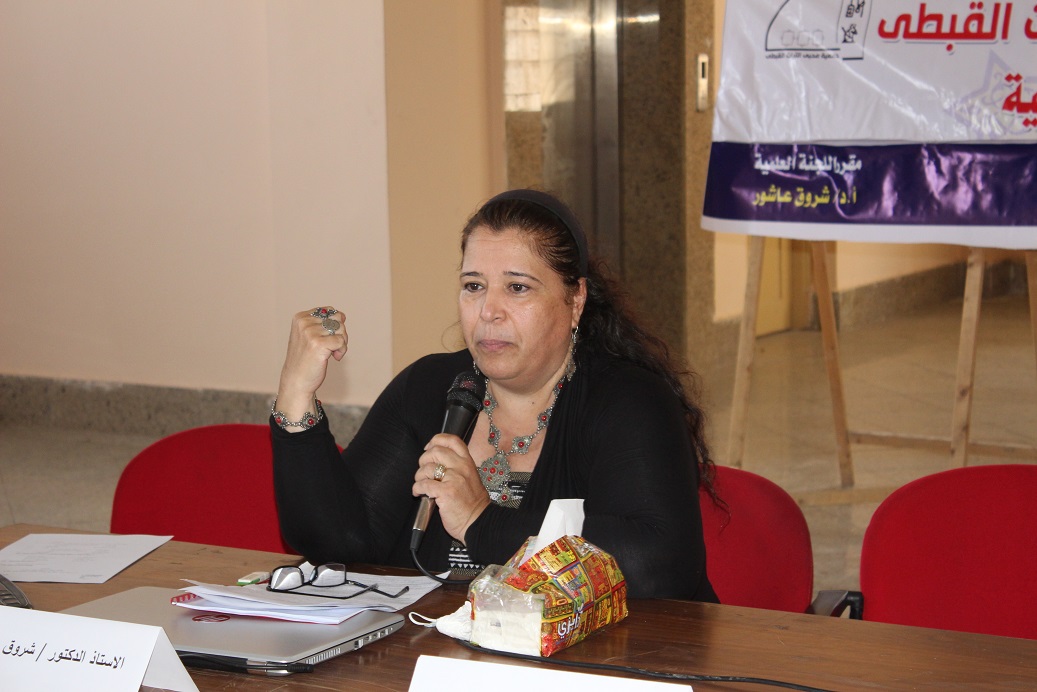 Dr Ashour went on to give a brief history of museums in the world: the Roman palaces and villas with their mosaics and statues; Byzantine and medieval churches and monasteries with their icons, frescoes, textiles, and saints’ relics; and Islamic palaces and houses with their rich ornamentation and intricately decorated utensils. 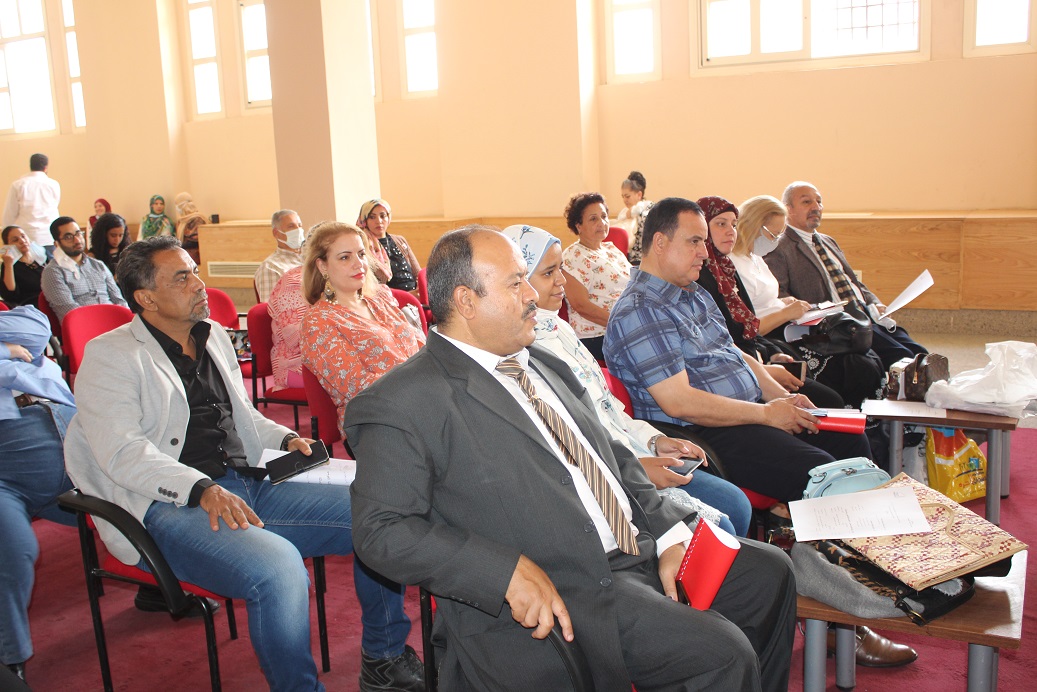 In Egypt, Dr Ashour said, the first Egyptian museum was established in 1848 to preserve and protect the Egyptian antiquities; the Coptic Museum was founded by Marcus Simaika in 1910; then other museums opened one after the other. Today, she said, there are 359 museums in Egypt devoted to specific civilisations, topics and regions, among them the Egyptian, Greco-Roman, Coptic, and Islamic museums, also the Museum of Civilisation. Numerous palaces were turned into museums, including al-Manyal Palace and Museum of Royal Jewellery. There are also museums such as the military, police, and airport museums, as well as the geology, railway, cotton, and agricultural museums.

Maha Sweilam, training supervisor at the National Museum of Egyptian Civilisation (NMEC), spoke of the NMEC as a vision of sustainability; and Essam Muhammad Ahmed, General Manager of Restoration at the museums of the 12th-century Saladin Citadel spoke of the history of the 19th-century al-Gawhara Palace and the restoration carried there. 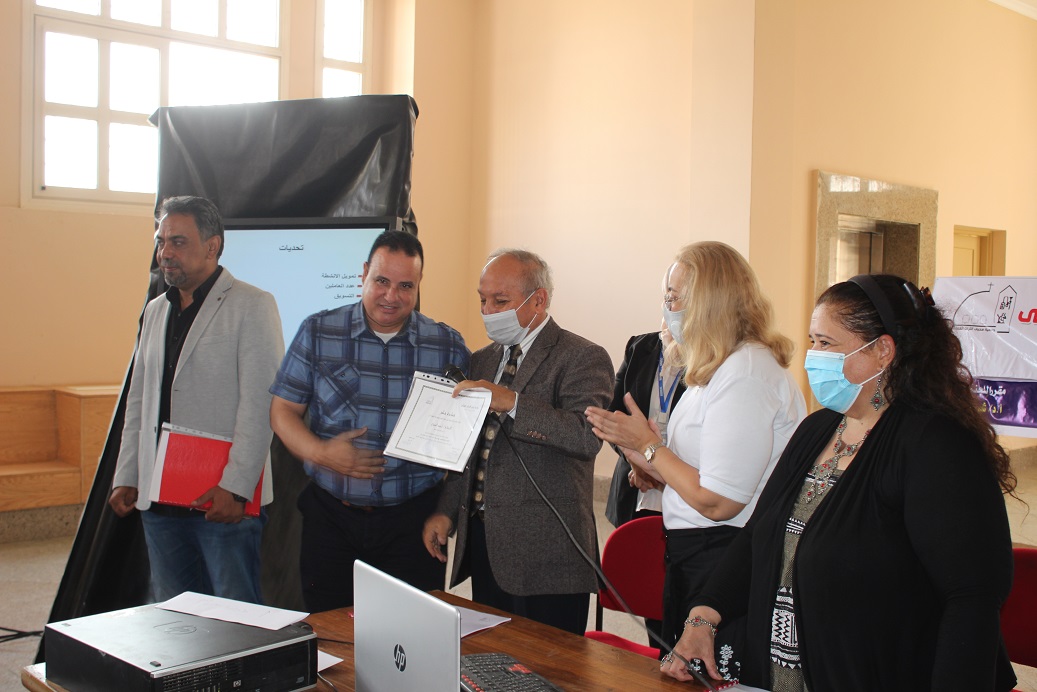 Finally, Eman Muhammad Nabil, General Manager of Restoration at the Royal Carriages Museum gave a brief history of the museum and its contents, as well of carriages in Egypt starting with the military chariots of pharaonic times. In modern times, she said, carriages take credit for giving birth to modern, cobbled or paved street networks. 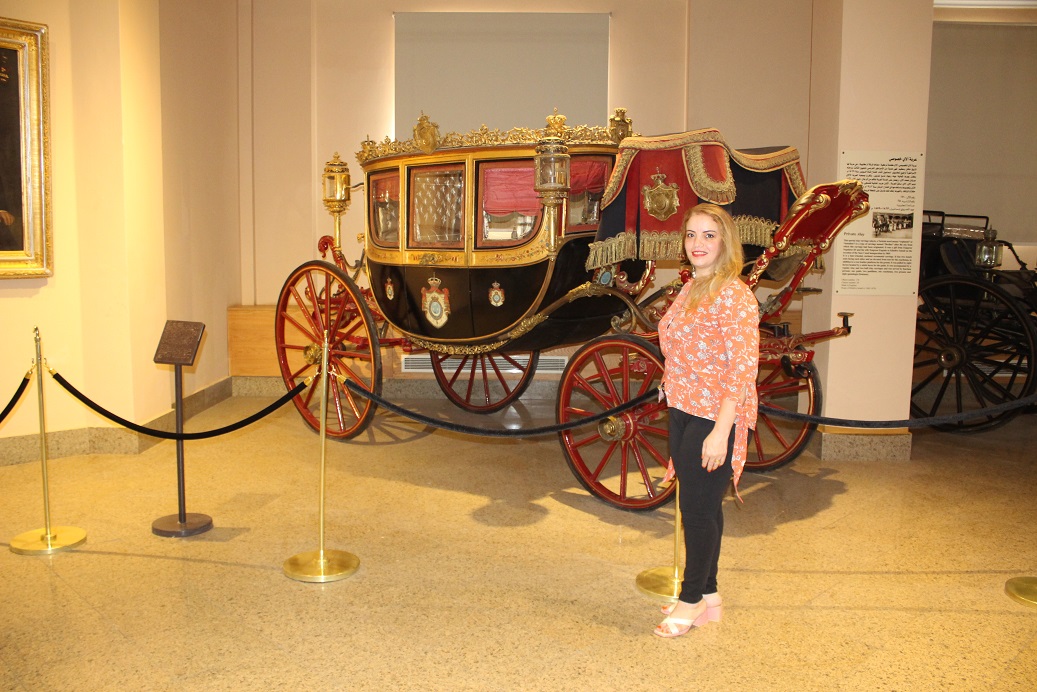 The Museum, which shows a collection of the fine carriages that were used by the royal family on occasions that ranged from weddings to official errands or processions and funerals, first opened its doors during the reign of Khedive Ismail who ruled Egypt from 1863 until 1879. The museum was closed since the early 2000s for much needed restoration works. 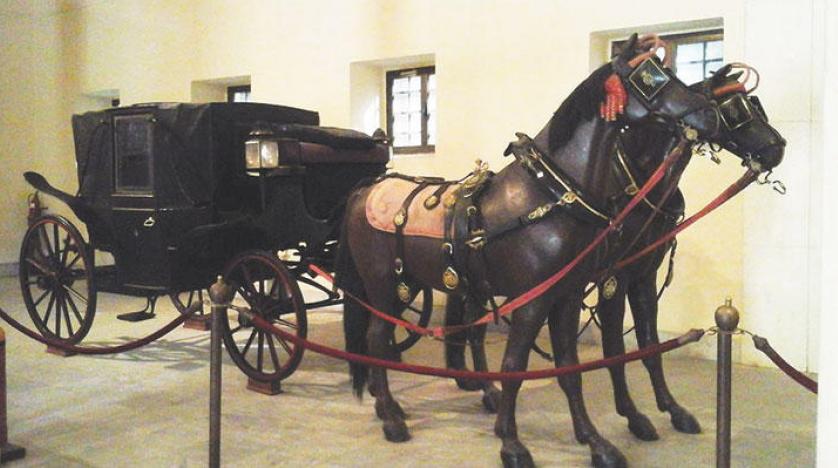 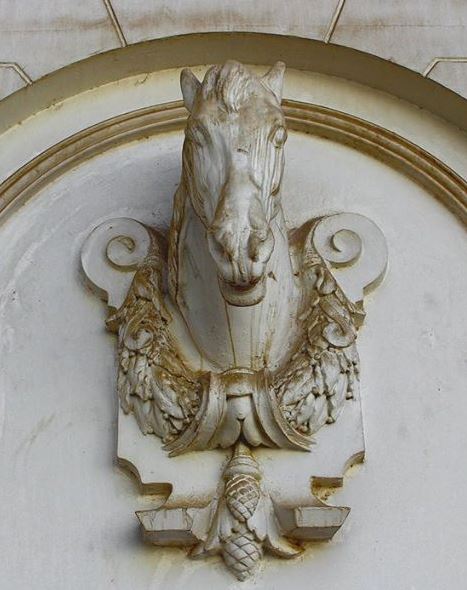 The Royal Carriages Museum is located in Beaulac, one of Cairo’s overcrowded, rather impoverished neighbourhoods. Yet Beaulac was not always that way. As its name implies, it was once a luxuriant, wealthy district bordering the Nile on the northern outskirts of Cairo. Sadly, it is today one of the unpleasant parts of the city.

One of three worldwide

The Royal Carriages Museum is one of three worldwide, the others being in the United Kingdom and Austria. Its façade rises 15 metres and is decorated with imposing architectural elements in the form of horses heads. The building was erected by Khedive Ismail in the mid-19th century to house the royal carriages and stables, had a large courtyard in front to prepare the carriages and horses for riding. It also housed a veterinary clinic and ambulance, as well as workers’ living and sleeping quarters. 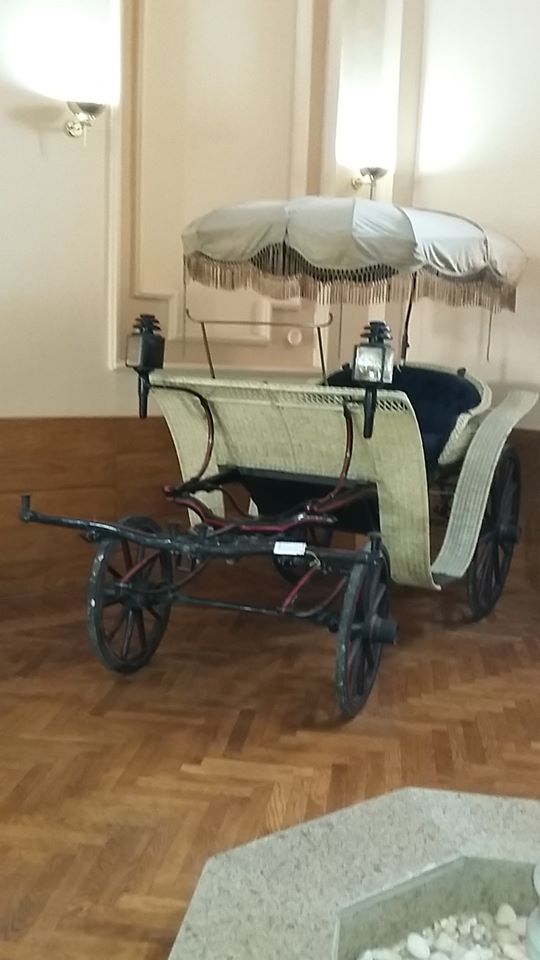 The museum contains several galleries, among them the Hadiya (Gift), the Tashrifa (Procession), the Hussaan (Horse), and the Markaba al-Rasmiya (Official Carriage). Many of the royal carriages on show are of special historical interest, especially those that were received as gifts from abroad. The carriages were acquired from the reign of Khedive Ismail through to King Farouk, Egypt’s last effective monarch who abdicated in 1952.

Among the most important of the carriages that were presented to the rulers of Egypt as gifts is the carriage given by Napoleon III and Empress Eugenie to Khedive Ismail for the opening of the Suez Canal in 1869. Khedive Ismail used this royal carriage in his wedding ceremony. 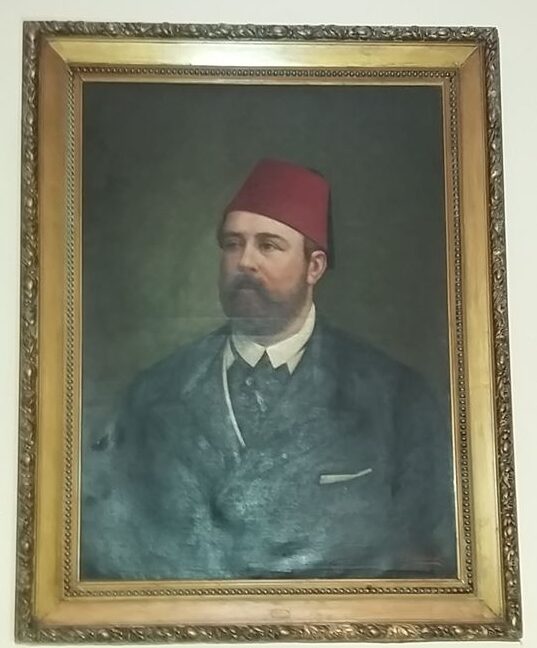 Another notable example is the Cuban carriage that was used by royal family members at the opening session of parliament. 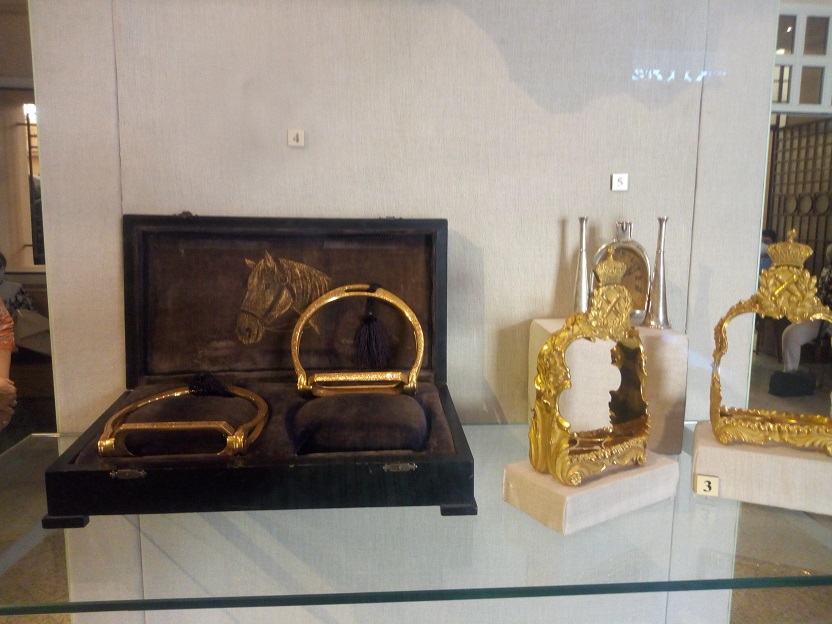 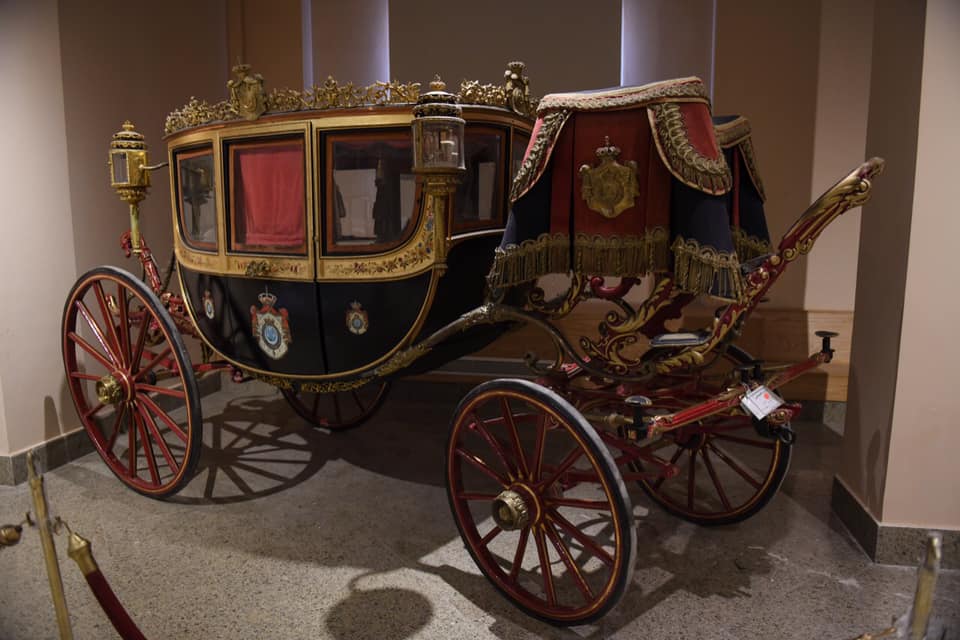