Among the artefacts moved were eleven pieces from the Tutankhamoun collection, which included diadems of the young king, Usama Abul-Kheir, general manager of the GEM conservation department said.

Once open, the GEM will showcase the largest collection of the Tutankhamoun’s possessions.

According to Mr Abul-Kheir, the newly transferred artefacts included pieces from various ancient eras, among them wooden Osirian statuettes covered with bitumen, limestone statuettes of Senefer, a top royal palace official of the 5th dynasty, and a 26th dynasty relief bearing the image of a Sphinx. Among the masterpieces, he said, was a wooden box that belonged to King Amenhotep II. The box is covered with a layer of white mortar and holds engravings of Amenhotep II and a hieratic text. 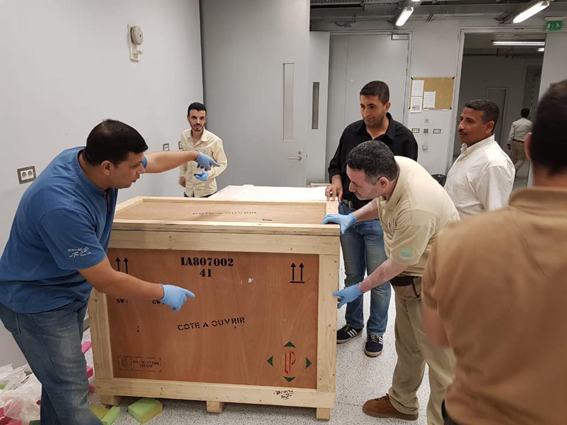 Expert methods were used to pack and unpack the artefacts, Mr Abul-Kheir said. He said that a report detailing the condition of every item was prepared before any operation was attempted on them.

According to Eissa Zeidan, head of the first aid restoration department at the GEM, all items underwent primary restoration before they were moved, using the methods and material relevant to each piece so as not to endanger the particular nature of each item. Zeidan said that the transfer of the Tutankamoun diadems was particularly challenging for the restoration team, given that they were in a very frail condition and their leaves extremely dry. The team in charge covered the diadems in special paper and anti acid carbene cloth to prevent movement during the transfer operation. They also fabricated external support made of antibacterial and anti-acidic foam, he said. The diadems were then placed inside boxes that were lined with vibration resistant foam and materials that maintained a constant level of humidity during the transfer. Once they arrived at the GEM, Mr Zeidan said, the diadems were placed inside the sterilised area to begin their treatment. 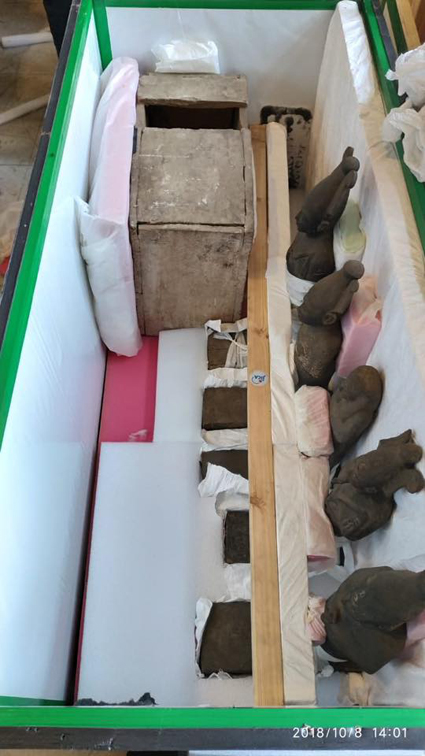 Last month, two granite statues were moved to the GEM. One is 6m tall and weighs 3 tons of black granite, and depicts Ramses II in a seated position. The other is of the god Horus represented as a hawk, is about 1.2m high and weighs 1 ton. The two statues were moved from a public garden in Gezira, Cairo, where they had remained for 58 years after being moved there from their original site in Mattariya, east of Cairo, by order of President Gamal Abdel-Nasser.

GEM is still under construction and is scheduled to open in 2020. Its foundation stone was laid by President Hosni Mubarak in 2002. Described as the largest archaeologist museum in the world, the museum is being built on 120 acres of land some two kilometres from the Giza pyramids and is part of a new master plan for the plateau. In 2007, USD300 million loan was secured from Japan to build the GEM, Egypt’s government is funding it with USD147 million; the remaining USD150 million are funded through donations and international organisations. The 3,200 year old Statue of Ramses II which once stood in a main Cairo Square before it was moved in 2006 to the GEM, will occupy a a centrepiece position with the museum building surrounding it. 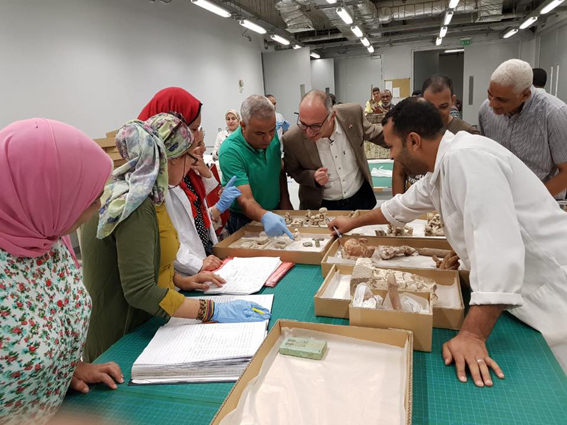 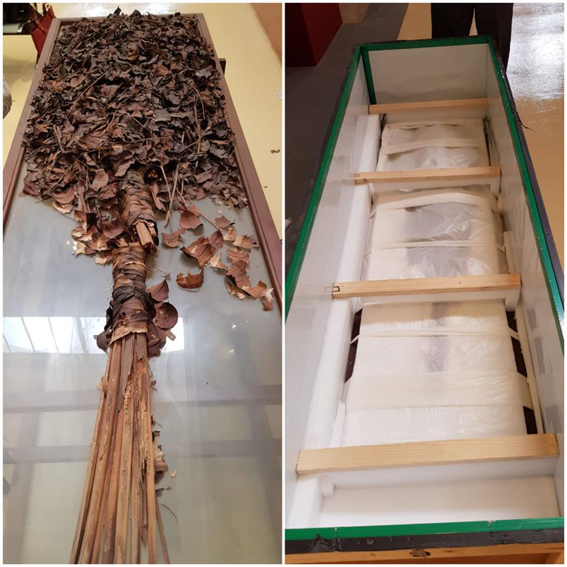 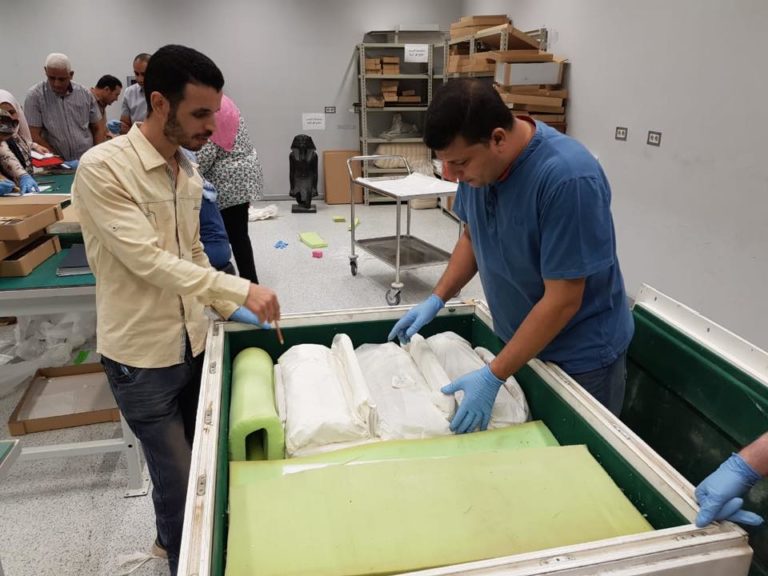 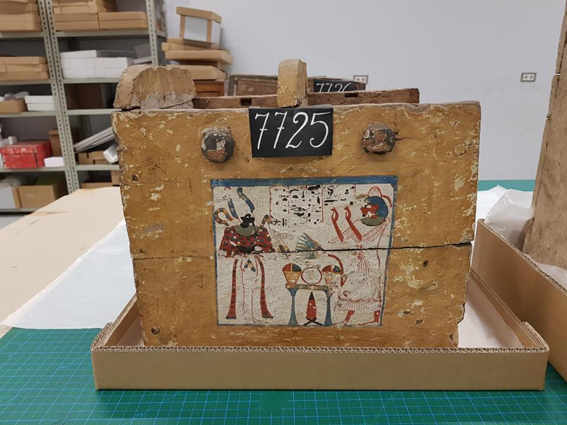 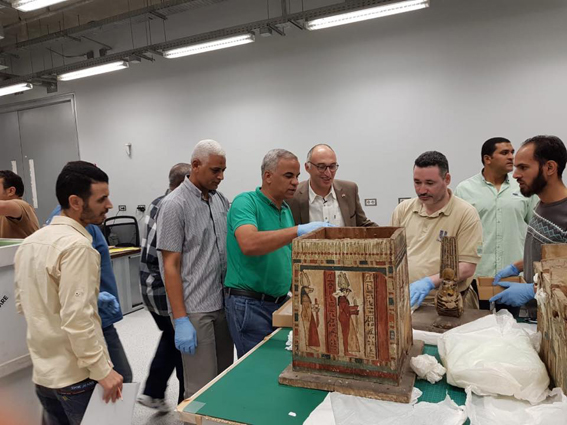 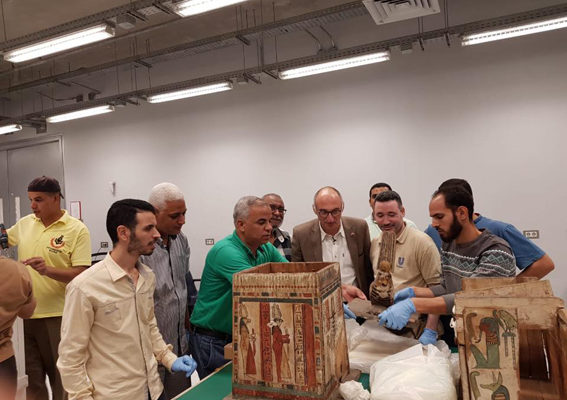