Ten million Euros from Germany for the Atun Museum

Egypt will soon be getting direly-needed funding for its Atun Museum in Minya, some 250km south of Cairo, currently under construction.

The German Bundestag (Germany’s federal parliament) has approved the allocation

of 10 million Euros to Egypt for the completion of Minya’s Atun Museum. The museum stands on a 25-feddan site (1 feddan = 4,200 sq.m) on the eastern bank of the Nile in Minya, and testifies to the times of the Pharaoh Ahkenaten who ruled from 1353 – 1336, and is famous as the father of monotheism. Akhenaten built his capital in what is today Amarna, Minya, and proclaimed Atun the sun god the only god Egyptians worship. His queen was the legendary beauty Nefertiti, and his son and successor was Tutankhamun who went back to the popular worship of Amun.

Built as a pyramid-shaped structure, the museum includes open exhibition halls; a school for restoration; restaurants, cafeterias, and an administrative building, a book fair and gift shop, as well as a Nile marina.

The museum director Ahmed Hemeida said that work on the project had started in 2002, but was halted in the wake of the Arab Spring unrest in 2011 and the economic downturn that followed. Construction resumed in 2014 after Egypt had rid itself of the post-Arab Spring Islamist rule, and embraced a secular regime with Sisi elected as President.

The museum project is now in its third phase, expected to conclude by mid-2019. The fourth and final phase should begin then, with the exhibits placed on display. 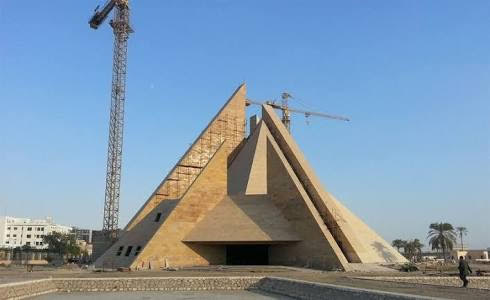 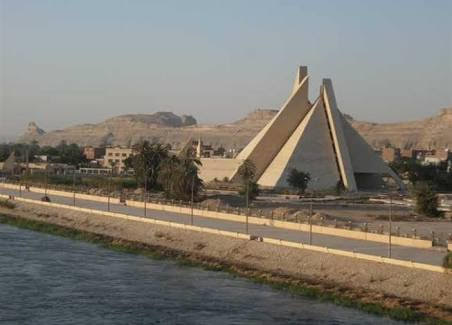