To commemorate the 150th anniversary of the death of French composer Hector Berlioz, Cairo Orchestra Symphony held a series of musical events. Among them was concert on Saturday 9 March at the Cairo Opera House which featured Pianist Ramzi Yassa and Soprano Iman Mustafa. The orchestra was conducted by Nader Abbassi, and the repertoire began with Berlioz’s Le Carnaval Romain’. 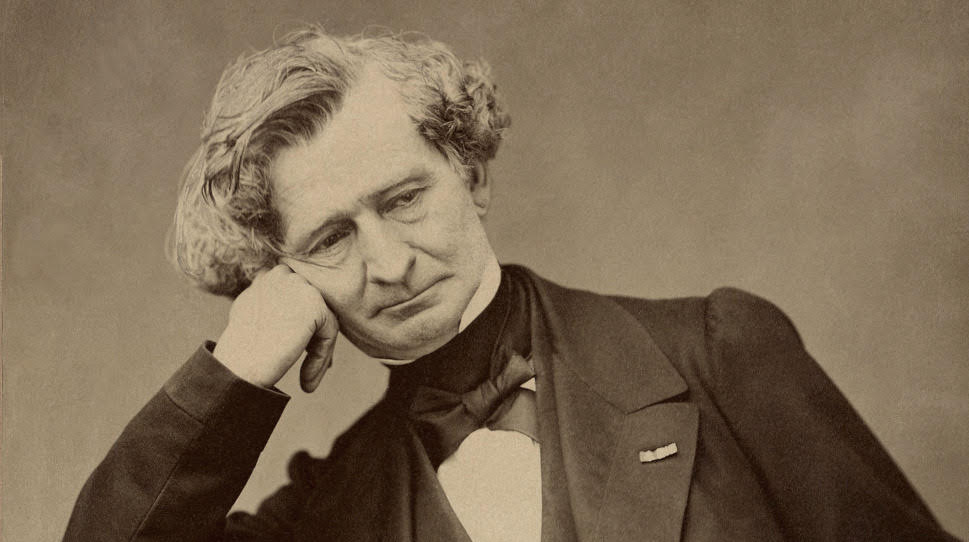 Berlioz (1803 – 1869) was a French romantic composer whose output includes orchestral works such as the Symphonie Fantastique and Harold in Italy, choral pieces including the Requiem and L’enfance du Christ, his three operas Benvenuto Cellini, Les Troyens and Béatrice et Bénédict, and works of hybrid genres such as the dramatic symphony Roméo et Juliette and the dramatic legend La damnation de Faust.

Berlioz was born on 11 December 1803, the eldest child of Louis Berlioz (1776–1848), a physician, and his wife, Marie-Antoinette Joséphine, née Marmion (1784–1838). His birthplace was the family home in the commune of La Côte-Saint-André in the département of Isère, in south-eastern France. His parents had five more children, three of whom died in infancy; their surviving daughters, Nanci and Adèle, remained close to Berlioz throughout their lives.

The elder son of a provincial doctor, Berlioz was expected to follow his father into medicine, and he attended a Parisian medical college before defying his family by taking up music as a profession. His independence of mind and refusal to follow traditional rules and formulas put him at odds with the conservative musical establishment of Paris. He briefly moderated his style sufficiently to win France’s premier music prize, the Prix de Rome, in 1830 but he learned little from the academics of the Paris Conservatoire.