The Coptic Orthodox Church has issued a statement concerning the murder at dawn today of Anba Epiphanius, Abbot of the Monastery of St Macarius in Wadi al-Natroun in Egypt’s Western Desert. The Abbot had been discovered dead, lying in a pool of blood, having been hit on the head from behind with a sharp heavy object. Obviously, he was caught by his killer as he headed from his cell to church to attend Matins Praise that usually precedes Sunday Mass.

The Church’s statement, which described Anba Epiphanius as an honorable monk and scholar, declared that his death was shrouded in ambiguity, and thus the authorities concerned were notified. “Investigations are now ongoing,” the statement said, “and we await the outcome.

“The Church will announce in time arrangements for his funeral and burial.” 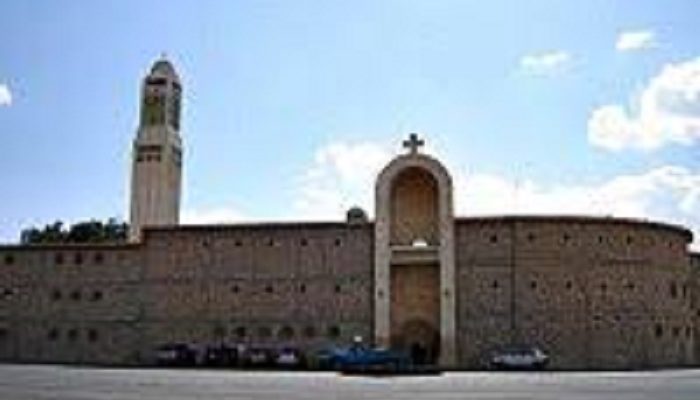 The statement said that Pope Tawadros mourned in Anba Epiphanius a true monk whose life was steeped in meekness and humbleness; also a scholar who possessed a wealth of knowledge that fruited research and publications in various branches of ecclesiastical studies. The Pope prayed for peace for his soul, and comfort for the St Macarius monk assembly and all who loved the late Abbot.

Mostafa al-Feki, Director of the Bibliotheca Alexandrina (BA), the modern Library of Alexandria which emulates its famous ancient namesake, issued a statement mourning Anba Epiphanius who had been on the board of the BA’s Center of Coptic Studies. The statement praised his gentle monastic spirit and his ardent scholarly efforts, as well as his eagerness to participate in events concerned with Coptic studies or interreligious activity.

Anba Epiphanius’s body was this afternoon taken to Damanhour public hospital for a post mortem investigation.