Miscommunication is the Number 1 catalyst to any every every failed relationship regardless of what kind of a relationship it is; the most crucial of course being marriage.

We witness miscommunication on every level of relationship, friends, boyfriend/girlfriend, engaged couples, married couples, parents and children, teachers and students, coworkers, boss and employees, etc.… The list can literally go on and on …

But I will mainly speak about miscommunication between couples:

Reasons for miscommunication might occur due to the great advances of technology that we currently hold nowadays.

Examples would be social media such as, Facebook, Twitter, instagram & texting agents like WhatsApp, Viber, to name a few, on which we depend heavily to check on one other and reach out; face-to-face contact is becoming increasingly rare, with the younger generations bordering on the obsolete.

We frequently notice or hear of couples fighting with each other over text messages, simply because somebody misinterpreted the meaning of a word, while the other didn’t really explain themselves thoroughly through the text, relying on the smartness of the recipient. Nonetheless, many words can hold way too many meanings, specifically if you are joking at the beginning of the text, but suddenly decide to shift gears towards the end of the conversation and, of course, since you are texting, nobody can detect your tone of voice, humour or emotional swings behind the screen.

A lot can happen behind the screen: laughter, giggling, shyness, crying, even anger. None oh this, however, can be visualised, simply because it is being texted instead of voiced over the phone or, better still, expressed face-to-face; which is the best ever means way of communication.

Some might argue that the use of “interactive icons”, emojis, can communicate your mood, but even these don’t always deliver the meaning, especially if you choose to be sarcastic in your message.

I believe that text messages should be used only in very formal communication, in strictly professional business, as only a means of replying to notification bulletin board messages, or an address location for instance.

A real-time work example would be, if a manager is to assign a specific task with timing that cannot be negotiated, meaning it is a concrete decision already given by the manager in a previous face-to-face meeting with employees, and simply states the rules and outlines and probably the timings agreed to regroup again at a certain location. Meaning it’s not open for discussion or debate, just for informative purposes.

For any other reason, texting should not be your major means of contact when it comes to a romantic relationship that you care to maintain. Neither is it an open ground for marital conflict.

While it might be handy to send some love messages every once in a while throughout the day, whenever you are in a meeting or in the middle of doing something and you can’t really talk on the phone, just make sure that you don’t switch your tone unexpectedly and expect the other party to be with you on the same wavelength. This of course goes both ways. Again, I boldly emphasise the importance for your messages to be short, concise, and to the point. Don’t elaborate on a discussion, in order not to create or get into a debate.

I believe other means of communication out there which would make for a much safer and richer environment, such as a one-on-one video call for instance, still not as great as a one-on-one physical personal encounter, but it is the closest you could get to reality, specifically if both of you are geographically far apart from each other for a prolonged period of time.

If texting is your ONLY way out, then I suggest an extremely detailed explanation before each paragraph in order to display your current mood, what you are talking about and how serious or how trivial the matter is for each of you.

If either one of you decides to change the tone of the conversation, then, you should state so before launching an attack on your partner at the other end of the line.

Owing to the fact that your partner can’t possibly see you, it’s very important for you to be as explanatory & as detailed as possible when you are texting. I stress that again and again; you can’t expect to drop a bombshell of a text then expect the one on the other side of the line to understand the meaning if you fail to explain yourself thoroughly.

Don’t simply think to yourself, “oh well, I guess they should have got the message I tried to give, since I texted them twice about it.”

Absolutely NOT! As long as you never made yourself clear by explicitly detailing your own opinion, mood, thoughts and actions taken, don’t expect to be understood by the other.

Words are extremely powerful; for that reason they might hold multiple meanings hidden behind a text. Only you can reveal your real intention behind the words you write. Do not type a text message for your partner in a code that only you can decipher, unless both of you agree and comprehend this mysterious code. Otherwise, simply don’t text, or save your words until a physical encounter takes place between the two of you.

Personally, I prefer a one-on-one contact any day as the Number 1 communication method. However, if texting is the only option open to you, then you have to be extremely detailed and explanatory throughout the whole conversation while trying to restrain yourself from firing off without providing a clear explanation behind your actions.

I have seen not a few breakups, and witnessed many relations fail, simply because of miscommunication. One partner probably fails to adequately express a notion or sentiment, mistakenly thinking it was obvious in their texts.

If you are sufficiently lazy to resort to simply texting, please go the extra mile of thoroughly explaining yourself in extreme detail, so that your points are clear and clearly understood.

If you are for any reason enraged at the time of sending the text message, and cannot be as explanatory as you should be, wait until you are better and more relaxed then explain yourself extensively, or at least offer to explain yourself at a later time.

You need to send an agreed upon warning signal that you are in an outraged mood/position at the moment and you need to stop the conversation immediately, then, whenever you are in a more calm state of mind, you will be able to re-explain yourself in a much better understandable way.

This agreement has to be done very early on in the relationship in order to avoid any misunderstanding or breakup. It is very important for the both of you to fully agree that whenever one decides to immediately stop the conversation because it might get very ugly, the conversation should be postponed to a later time. Both of you should abide by the agreement, whether you feel like it or not, simply because it will help your relationship growth profoundly.

Whenever one party is extremely angry and is pushed by the other to further engage in the conversation despite a clearly expressed wish to halt it temporarily and resume later, the agreement to do so should be directly recalled and put into force.

If you fail to comply with your partner’s request, you are risking a very ugly fight that might have never occurred had you just left a little space for your partner to breathe; this statement holds true for both men and women.

It’s very important for both of you to agree on these terms very early on in your relationships to ensure harmony and a long-lasting happy relationship.

It’s also crucial for both of you to agree on a “safe word” among yourselves, to act as a code to immediately stop the conversation then resume it later on smoother ground. Needless to say, this goes both ways.

I can go on and on in this topic, but for now I believe that if you follow these simple steps while genuinely wanting to really keep the relationship alive, you will have a much higher success rate than simply typing away a text message and battering against the wind. 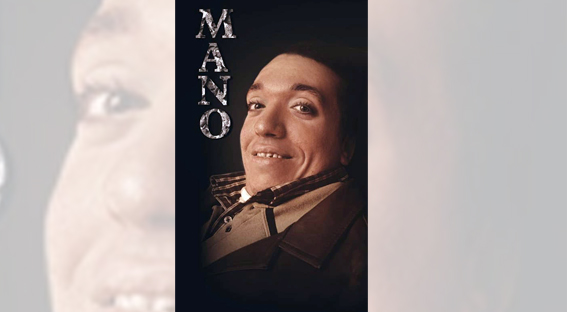 Why disaffection occurs between couples?