The fact is that Egypt’s economy during the last few years had been quite robust, to the point of adequately surviving the dire COVID19 lockdowns around the world. The International Monetary Fund IMF testified to that in its 2021 report which said that despite severe damage to the global economy on account of coronavirus pandemic, Egypt was among the few developing markets that continued to grow.
Egypt’s thriving economy, however, began to flounder in 2022 with the onset of the Russia Ukraine war, western sanctions against Russia, and the consequent disruption in global supply chains. This disruption negatively affected Egypt given that the country is a net importer; its wheat imports are among the largest in the world.

In March 2022, the US Federal Reserve raised interest rates for the first time since 2018, then raised them again in July and in September 2022. The declared intent was to bring down inflation in the US, but some economists believe that it might also have been intended to strengthen the US Dollar against other currencies such as the Ruble which had gained value since Russia began to sell its oil and gas in return for payments in its national currency. In Egypt, markets saw a flight of hot money in pursuit of USD investments; this had grim consequences on the Egyptian economy.

Dollar crunch
It was not surprising that the ramifications of global markets turmoil reflected painfully on Egypt. Inflation steadily rose from 5.5 per cent in 2021 to some 15 per cent in September 2022, with prices spiralling out of control. Compounding the problem was a move by the Central Bank of Egypt (CBE) last March to restrict importation to goods paid for through letters of credit, thus placing the banking sector as the sole provider—and controller of the hard currency needed for importation. The decision, taken by then CBE Governor Tarek Amer, was meant to reduce imports and hence prop the EGP against the USD but it had the adverse effect of restraining production because of lack of imported inputs, and raising prices owing to market shortages. 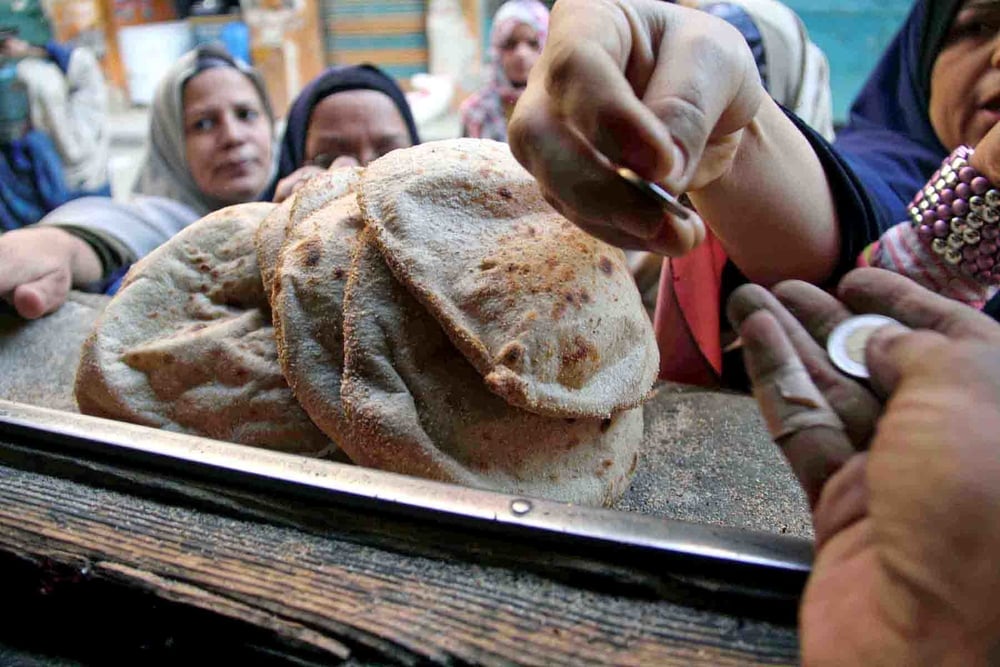 In one instance mid-October, the poultry industry resorted to culling almost a million chicks because of severe shortage in imported fodder. The act was videotaped and broadcast on social media, bringing on a bitter public outcry. The government responded by making an extraordinary dollar cash flow available for fodder imports, but the basic problem of import shortages in general was not solved.

IMF loan
Egypt had to move to confront the challenges on its economic front, especially given that it was already on huge, ambitious development programmes of renewable energy projects including solar, wind, and green hydrogen; desalination water plants; new towns; housing; roads and bridges; water and sanitary projects; health services; industrial, agricultural, and educational enterprises.
In March 2022, Egypt applied for a loan from the IMF. Following arduous negotiations, the loan was approved on 27 October 2022. According to an IMF press release  https://www.imf.org/en/News/Articles/2022/10/26/pr22363-egypt-imf-reaches-staff-level-agreement-on-an-extended-fund-facility-arrangement  “The staff-level agreement between the IMF and the Egyptian authorities concerned comprehensive economic policies and reforms to be supported by a 46-month Extended Fund Facility (EFF) Arrangement of USD3 billion. The new EFF aims to safeguard macroeconomic stability and debt sustainability, improve Egypt’s resilience to external shocks, strengthen the social safety net, and step-up reforms that underpin higher private-sector-led growth and job creation.
“The IMF arrangement is expected to catalyse a large multi-year financing package, including about USD5 billion in FY2022/23, that reflects broad international and regional support for Egypt.
“Egyptian authorities also requested financing under the newly created Resilience and Sustainability Facility (RSF), which could unlock up to an additional USD1 billion for Egypt.”
Also on 27 October, the CBE, governed by Hassan Abdalla since 18 August 2022, issued a press release that detailed its policy. It read: “The global economy has faced multiple shocks and challenges, the likes of which have not been seen in years … which had dire economic ramifications. Consequently, Egypt weathered large capital outflows and rising commodity prices.

“Against this backdrop, Egypt is intent on intensifying its reform agenda to secure
macroeconomic stability and achieve strong, sustainable and inclusive growth.”

CBE policy
The CBE’s press release explained that it “has moved to a durably flexible exchange rate regime, leaving the forces of supply and demand to determine the value of the Egyptian Pound against other foreign currencies, while prioritising the goal of achieving price stability, and building up sustainable, adequate levels of Foreign
Exchange Reserves. To that end, the CBE will begin the process of gradually repealing Letter No. 49 of 13 February 2022 that mandated the use of Letters of Credit for import finance, and the CBE will ensure the completion of removal by December 2022. This will serve as a catalyst for the rejuvenation of economic activity in the medium term. “Additionally, the CBE will work towards building the foundation for a derivatives market to further deepen the foreign exchange market and enhance its liquidity.

“In order to uphold the CBE’s mandate of ensuring price stability over the medium term, the Monetary Policy Committee (MPC) has decided in its special meeting to raise the overnight deposit rate, the overnight lending rate and the rate of the main operation by 200 basis points …
“Elevated global and domestic prices are expected to keep headline inflation above
the MPC’s preannounced target of 7 per cent (±2 percentage points) on average in 2022 Q4. The objective of raising policy rates is to anchor inflation expectations and contain demand side pressures, higher broad money growth and second round effects of supply shocks.
“To further anchor inflation expectations, the MPC will continue to announce inflation targets along the predetermined disinflation path that began in 2017, which was on track until the emergence of the recent global shocks.
“Achieving low, stable inflation over the medium term supports real incomes and sustains the achieved competitive gains of the Egyptian economy.” 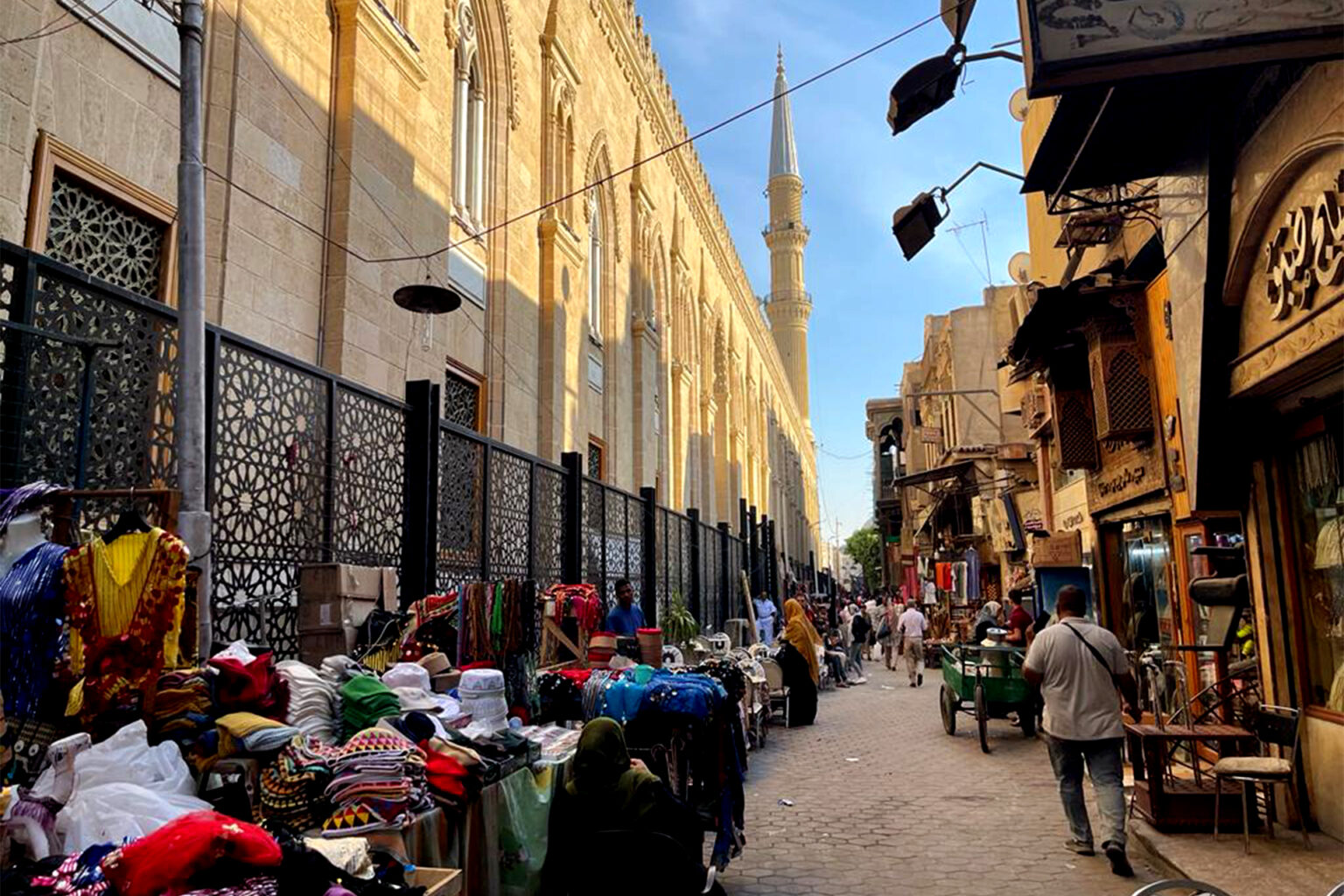 Social safety net
Once the CBE announced a more flexible currency regime, the EGP depreciated 15 per cent to a record low of 23.09 against the dollar. Predictably, prices spiralled.
On 26 October, Egypt’s Cabinet approved a new social safety net package at a cost of some EGP67 billion. In a news briefing, Prime Minister Mostafa Madbouly noted that the annual package, which comes into effect in November 2022, includes a EGP300 exceptional bonus for employees at the State administrative body and affiliated companies, as well as pensioners, to help them cope with the high cost of living under the growing inflationary pressures that engulf the world. It also involves raising minimum monthly wage to EGP3,000, up from EGP 2,700, PM Madbouly said.
As for the private sector, a clear-cut mechanism would be developed to compensate and support workers at financially-distressed companies or those whose business were disrupted by fallout from the ongoing global economic crisis, the Prime Minister said.

Economic conference
Among the significant moves to explore Egypt’s economic woes and unlock the country’s potential was the three-day Egyptian Economic Conference 2022 organised by the government on 23 – 25 October, with President Sisi attending and participating in the first day’s activities.

The conference saw candid discussions on the topic by some 1200 participants from among senior government officials and executives, politicians, economic and banking experts, investors, and businessmen. The discussions and resolutions they came up with were of immeasurable value; President Sisi gave directives that they be adopted and put into action at once. 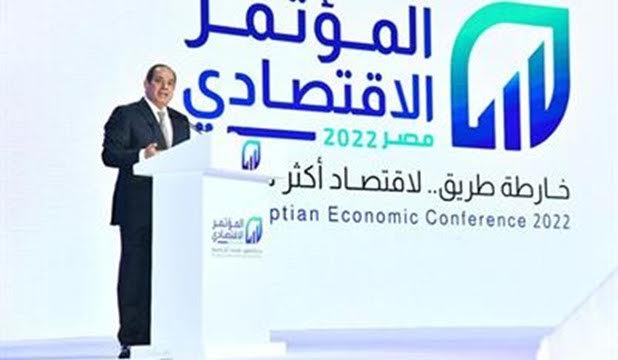 Watani’s Editor-in-Chief Youssef Sidhom gives an extensive review of the conference in his editorial.

Egyptian assets
Hisham Ezz al-Arab, advisor to CBE Governor Hassan Abdalla, stressed that, at a time when focus is being made on Egypt’s economic shortcomings and debts, more attention has to be given to the country’s assets.

He pointed to the Sovereign Fund of Egypt, a fund established in 2018 with the aim of attracting private investment and promoting and co-investing in State-owned assets to maximise their value and efficient exploitation for the benefit of the general economy. In this regard, Mr Ezz al-Arab also referred to the State Ownership Policy Document which, together with the Sovereign Fund, should highlight the worth of Egypt’s wealth against any financial commitments.

The main idea is to maximise the opportunity of participation of the private sector in Egypt’s economy.

Government pull-out
According to Osama al-Gohari, aide to Prime Minister Mostafa Madbouly, a system has been drawn for government pull-out from various enterprises and projects. This should act, he says, as a message of reassurance to local investors, and an attraction for foreign ones. It should serve to increase confidence in State organisations and in government policies that would empower the private sector and regulate governmental activity on the economic front, restricting it to projects of strategic or social dimensions. That should confirm, Mr Gohari says, the State’s seriousness about economic reform.

The government pull-out should be conducted through a number of procedures; major among them is the broadening of public ownership through offerings on the stock exchange. In this regard, CBE’s efforts to improve the functioning of the foreign exchange market is of prime concern. According to PM Madbouly, broadening the base of ownership of currently State-owned companies is a matter of urgent priority; the goal is to reach 65 per cent private sector ownership.

The Egyptian Exchange
Muhammad Farid, Executive Chairman of Egypt’s Financial Regulatory Authority, confirmed that the coming period would see changes to the rules of listing and delisting securities, also in the use of advanced capital market applications, and enhanced security in order to reach wider brackets of the public.Rami al-Dokani, Executive Chairperson of the Egypt Exchange EGX, elaborated by explaining that there will be endeavours to develop the securities market, among them more transparency by companies listed on the stock exchange, training staff concerned with investor relations, better efforts to attract new companies and investors to raise market liquidity and activity, and developing and upgrading the Egyptian money markets through constant cooperation with stakeholders.