Wednesday 7 July 2021 saw the saga of the Ever Given, a Panama-flagged giant container ship that had blocked the Suez Canal for six days last March, finally come to an end.

The 400 metre-long vessel left the Suez Canal’s Great Bitter Lake, the site on which it had been impounded since it was refloated last March. Escorted by two tugboats and guided by two senior transit guides it left the lake and headed north through the Canal into the Mediterranean, sailing on to Rotterdam.

A day earlier, Ismailiya Economic Court had issued an opproval to end the Ever Given’s impound once a settlement had been reached by the Suez Canal Authority and the Taiwanese Evergreen Marine Corporation which operates the ship.

The Ever Given which, at 400 metres long, 59 metres wide and a capacity of 224,000 tons in cargo, is one of the world’s largest container ships, set sail from China to Rotterdam but ran aground diagonally across the Suez Canal on 23 March, halting traffic in both directions and disrupting global trade for nearly a week. The 193km Suez Canal connects the Mediterranean Sea and the Red Sea, and provides the shortest sea link between Europe and Asia.

With the giant Ever Given diagonally wedged across the Canal, the vital waterway was blocked, and hundreds of ships were stuck in the traffic jam.

The giant vessel was refloated on 29 March just six days after it ran aground, despite views voiced by international experts that it might take several weeks to dislodge the ship. The refloat was the result of monumental efforts by a fleet of 16 Egyptian and international tugboats, and dredgers which managed to remove 27,000 cubic meters of sand, with a depth of 18 meters. Finally, a rising tide capped the efforts with success and helped free the ship.

In a Facebook post, Egypt’s President Abdel-Fattah al-Sisi thanked Egyptians “who contributed technically and practically” to ending the Ever Given crisis in Suez Canal

The vessel was led to the Great Bitter Lake between the north and south sections of the Canal, where it has lain idle, impounded by court order until a compensation claimed by the SCA was paid.

The SCA did not disclose the sum of the settlement, saying it was committed to confidentiality terms. It had originally demanded USD916 million to cover salvage efforts, reputation damage, and lost revenue, but this was contested by the Japanese ship owner Shoei Kisen who said it was an unduly inflated demand. The SCA went down to USD550 million, but did not disclose the final sum that closed the deal.

As the Ever Given finally left, Chairman of the Suez Canal Authority Osama Rabie said that the SCA would always provide its capable services to all ships of all sizes, tonnage, and types, and will remain keen on continued development and modernisation. 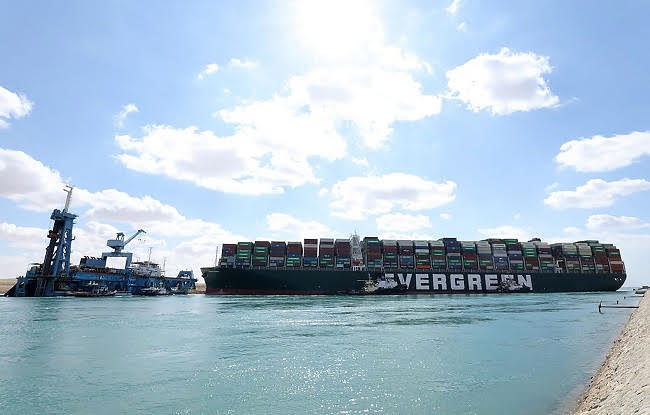 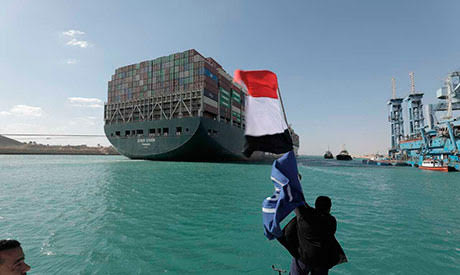 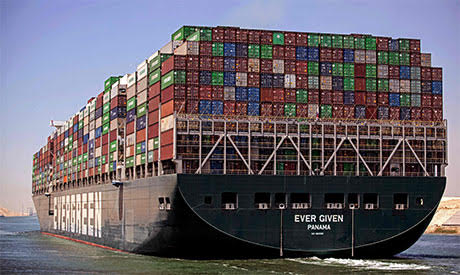