The name ‘Alamein’ has always evoked the site on which the WWII Battle of Alamein played out in 1942, where the Allied armies led by Montgomery defeated the Axis forces led by Rommel, thereby turning the tide of the war in favour of the Allies. The war cemeteries still lie close to the small town of Alamein.
Now Alamein, which lies on Egypt’s North Coast some 112km west of Alexandria, is set to grow into a thriving, modern city. Under the name New Alamein, it is among the national projects to build new towns based on sustainable development, with the aim of drawing part of the exploding population outside the overcrowded Nile Valley.
New Alamein is part of the mega-project to develop Egypt’s Northwest Coast some 40km inland. There are plans for inland agriculture that would depend on rains and underground water, both of which occur in the area in quantities that allow sustainable development. According to Minster of Housing, Mustafa Madbouli, New Alamein is set to be a portal that ties North Africa to South Europe. “It will turn Egypt’s North Coast on its head,” Dr Madbouli says. 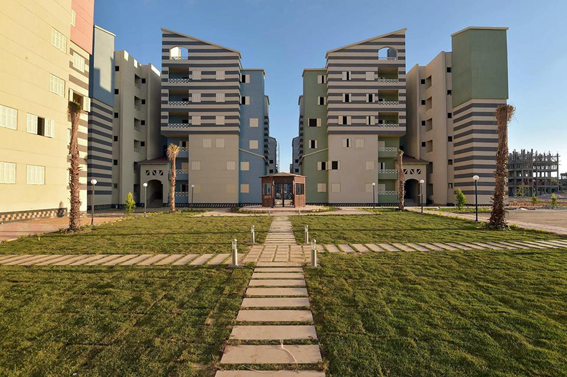 4G city
New Alamein is one of 15 of the so-called 4th generation cities. These mark the fourth wave of cities constructed in Egypt to absorb its growing population over the years. The first was in the 1980s and included, among others, the satellite town of 6 October west of Cairo; the second in the 1990s; the third in the first half of the 2000s; and the fourth is already underway.
Professor of Urban Planning, Seifeddin Farag, explains that 4G cities are planned to be eco-friendly, using sustainable energy and excluding polluting activity.
The new city of Alamein has been planned to accommodate some 3 million people in 40 years; Housing Minister said that 200,000 square metres of buildings in the city will be finalised before the end of 2019.
New Alamein extends from the Mediterranean coast in the north 70km southwards till the Qattara Depression. It includes two main areas: a coastal site over some 7,000 feddans (1 feddan = 4,200sq.m.) lying between the Mediterranean coast on the north and the regional highway on the south; and 41,000 feddans that extend south of the highway. The coastal area hosts a world-class beach resort complete with hotels and entertainment facilities, sports clubs, shopping centres, galleries, and amusement parks.
The southern part of the city constitutes its urban area and all related activities, and includes housing units equipped with solar heaters, and a world-class trade centre; 20 per cent of which has already been completed. It will house a Downtown area, Alamein Park, an international conference centre and cultural centre, fair grounds, schools and a university.
Because it borders the original small town of Alamein, the new city has been planned so that it morphs smoothly with the old town. 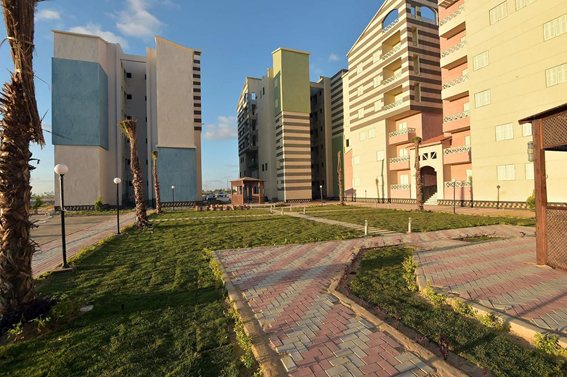 Lakes, promenade, museums, and Bibliotheca
Work on the infrastructure is already going on hand and foot, including construction of a huge seawater desalination plant which produces 150 cubic metres of water per day built by the engineering authority of the Armed Forces in collaboration with Spanish expertise. Roads leading to and from the town and connecting it to the regional coastal highway are also being built.
The New Alamein project is implemented in several phases. The first involves the tourist area, as well as the archaeological site which includes Greco-Roman relics and will be turned into an open-air museum, and historical area of the war cemeteries and Alamein Military Museum.
The coastline at Alamein is famous for its inland lakes and small islands; work is underway to protect and preserve them. Final touches are being added to the public beach, entertainment zone and a number of bridges.
A 14km-long tourist walkway will run along the coast; seven kilometres have already been completed.
The war cemeteries, which hold the bodies of 12,000 servicemen who died in the Western desert campaigns of WWII, and the surrounding area have been upgraded. The sidewalks leading to Alamein Military Museum are being built and light posts installed. Green areas are being planted all around.
The Urban Development Authority which is supervising the New Alamein project is drawing a detailed plan to establish Alamein Library as a twin of the famous Bibliotheca Alexandrina. It will include an opera house, theatre, heritage centre, a museum, and creativity workshops.
Ibrahim al-Hafyan, manager of urban planning of Matrouh, says that New Alamein is set to be the summer premises of the government; it will include summer headquarters for the presidency and the cabinet. 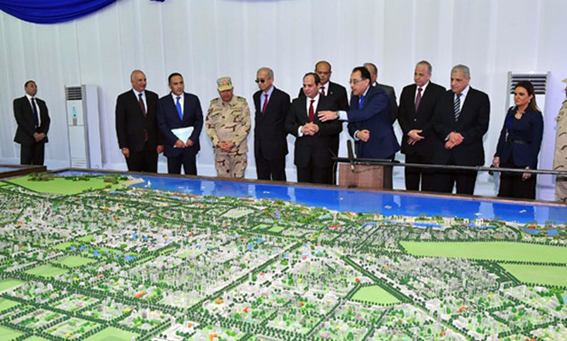 Landmines
Should New Alamein and other investment projects on the North Coast have come much earlier? According to Nabil Helmy, professor of international law, the answer is: yes. But extensive minefields planted by the Allies in WWII, Dr Helmy says, were the main obstacle impeding development in the North Western Desert.
Despite the fact that international conventions place the responsibility of demining on the countries that planted these mines, and even though these countries have helped in demining a portion of what they had planted in Egypt’s Western Desert, a much larger portion remains. “If these countries do not fully remove the mines they planted,” Dr Helmy says, “they should contribute towards developing the region, as compensation for Egypt which could not use these vast lands for direly-needed agriculture and industry.” Dr Helmy believes that Egypt should not expect the landmine problem to be resolved any time soon through international legal or diplomatic efforts, so should rather seek investments instead.
According to Magdy Diab of the Arab Society to Serve Mine-Afflicted Areas, Egypt has more mines than any other country in the world; 22 million landmines cover some 868,000 feddans in the land. Apart from the cost of slowed development, the mines have claimed lives and maimed and injured hundreds of people.
Since the countries responsible for planting the mines did not fully remove them, the Egyptian Armed Forces are now doing that job for New Alamein to become a reality. Engineer Usama Abdel-Ghani, head of the office of New Alamein, said that the military has succeeded in demining 36,000 feddans in ten months. And the work goes on. 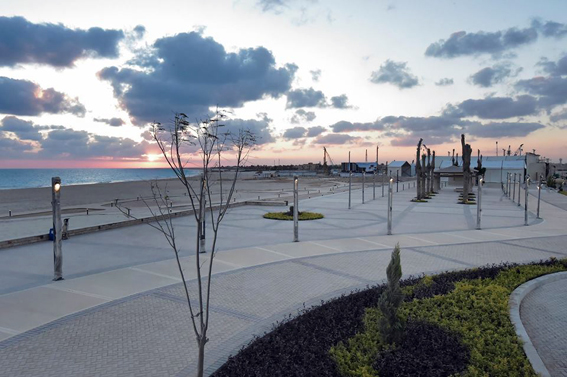