Wikipedia’s Her Story-Zero Hunger in Assiut

The United Nations World Food Programme (WFP) and the United Nations Entity for Gender Equality and the Empowerment of Women (UN Women) have joined hands with South Valley Development Centre and Assiut University’s Human Rights Studies Centre to support local efforts that enhance the quality of information on women and food security issues on Arabic Wikipedia. This came through a recent innovative workshop for university students, in partnership with Assiut University. The workshop was held under supervision of Assiut University President Tareq al-Gammal.

Attending the workshop were representatives of Assiut University and the international and Egyptian organisations involved in setting up the workshop, also May Hachem, WikiProject Women founder in MENA and Wikipedia Education Program leader in Egypt, Regional Project Coordinator of Her Story Campaign.

More than 200 students from various universities across Upper Egypt participated in the ‘edit-a-thon’ at Assiut University, receiving training on editing as well as writing well-sourced Arabic content on gender, food security and hunger issues for the free online encyclopedia.

The workshop, “Her Story-Zero Hunger” was made possible due to the contribution of Global Affairs Canada.

“Her Story was a great chance for me and many other women to highlight issues that affect our daily lives, and the numerous challenges we face living in Upper Egypt,” said Maha Ahmed, one of the participants in the edit-a-thon.

“Articles related to women represent only 4.2 per cent of all articles on Arabic Wikipedia, compared to 15 per cent on the global website,” said UN Women Gender Specialist in Egypt Gielan El-Messiri. “This event addresses the knowledge gap on gender issues on Wikipedia, which is the sixth most-visited website on the internet with nearly two million sites linking to it.”

During the event, volunteers submitted to Wikipedia for reviewing and posting more than 1000 articles.

Assiut University’s Shehata Gharib expressed his pleasure at hosting the workshop which aims to increase and enhance content related to women and food security on Wikipedia through filling the lack of knowledge gap for both genders and by presenting positive female models by discussing some issues related to gender and to the empowerment of women in all fields.

Dr Gharib called on the youth volunteers participating in the initiative to write and edit as many articles as possible that document issues and problems of women and to post them online.

“Empowering women is key to community development and hence in Egypt we prioritize girls in our school meals programme. In our livelihood projects, most of our participants are mothers,” said WFP Representative and Country Director in Egypt Menghestab Haile.

HerStory is a youth-led initiative the UN Women Regional Office for the Arab States launched in 2016 to increase the number of articles focusing on women on Wikipedia. It aims to address the absence or minimization in historical records of women and the key roles they have played in history, politics, science, technology, leadership and religion.

On food security issues, Global Affairs Canada’s Sylvia Cesaratto said that the problem of hunger is one of the most important issues that the WFP is seeking to solve and eliminate in order to provide healthy nutrition for families worldwide that will contribute to achieving the basis of sustainable development. She added that the latest reports showed that about 30 per cent of food in the Egyptian market never reached consumers, although the quantities of food would be sufficient for millions of families, indicating that there is paramount importance of raising awareness on food security locally and globally. 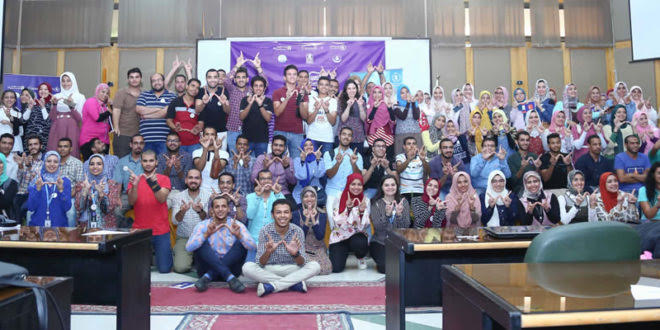