The first MoU was signed with Green Fuel Alliance, which includes Zero Waste and EDF Renewables, for a project to produce 350,000 tonnes of green ammonia annually, to supply clean fuel to ships. The project will cost USD3 billion; execution will start in 2024 and production is scheduled for 2026. The plant will initially produce 140,000 tonnes of green ammonia annually, to gradually go up to an annual 350,000 tonnes.

Signing the MoU on behalf of Zero Waste was its Chairman Amr ElSawaf, and on behalf of EDF Renewables, Frederic Belloy, Director of the Egyptian subsidiary of the French company.

The second MoU was signed with the Emirati AMEA Power, and concerns a project to produce an annual 390,000 tonnes of green ammonia. Execution of the project should begin later this year, with production to start by the end of 2025. The plant will start by producing 235,000 tonnes per year, to be increased gradually.

The signing ceremony took place at the headquarters of the Egyptian Cabinet. Attending were Prime Minister Mustafa Madbouly; Minister of Electricity and Renewable Energy, Mohamed Shaker; and Minister of Planning and Economic Development, Hala al-Said. Maryam Khalifa Al Kaabi, UAE Ambassador to Egypt and Permanent Representative to the Arab League attended the signing of the MoU with the Emirati AMEA Power.

The PM stressed that the Egyptian political leadership is keen for more cooperation in the field of transition to a green economy. The government, Mr Madbouly said, is doing its best to benefit from Egypt’s capacities to produce green hydrogen and green ammonia, in order to become a regional hub for green energy.

On the same front, Mr Yahia Zaki pointed out to a number of agreements that the government has recently signed with international partners in the field of green energy production. These agreements were signed with the French EDF Renouvelables, the Norwegian Scatec, the Danish Maersk which is keen to reach zero carbon emissions in maritime transport, and is in the process of equipping 12 vessels to operate with green hydrogen. 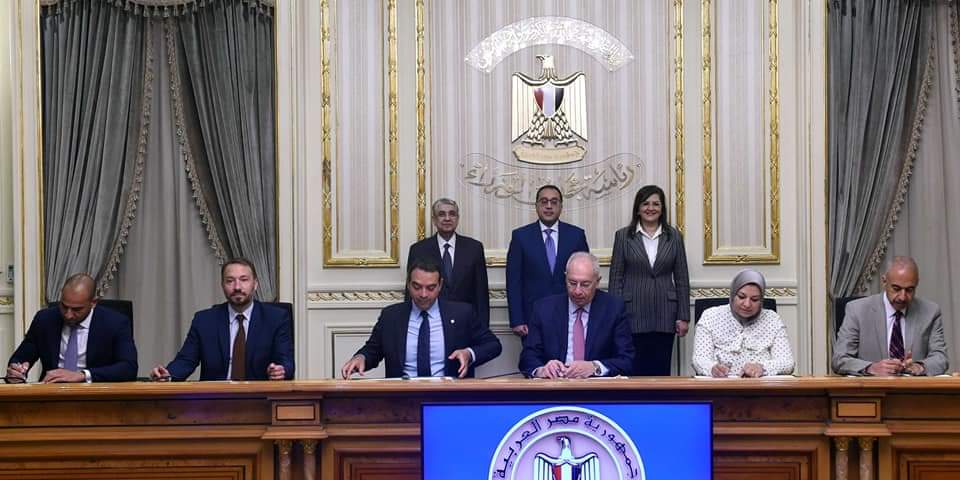