On the afternoon of 27 September, the Coptic Orthodox Church lost Anba Hedra, Metropolitan of Aswan and Abbot of the Monastery of Anba Pachomius in Hager Edfu.

Born in the mid-Delta city of Tanta in 1940, the young man who was to become Anba Hedra graduated from Alexandria University in 1963 with a degree in Agriculture. While in Alexandria, he served in Sunday School at the church of the Holy Virgin in Smouha. In 1971 he took orders at the monastery of the Holy Virgin known as al-Surian in Wadi al-Natroun in Egypt’s Western Desert midway between Cairo and Alexandria. He was then known as the Monk Fr Gawargios al-Suriani, and was placed in charge of the monastery’s library. Later, he became secretary to Pope Shenouda III who was patriarch in 1971 – 2012.

In 1974, Fr Gawargios was consecrated Bishop of Aswan at the hands of Pope Shenouda, taking the name Anba Hedra after a beloved 4th/5th century Aswan hermit saint. In 2006, Anba Hedra became Metropolitan of Aswan.

Anba Hedra put a lot of effort into developing the monasteries of Anba Hedra and Anba Pachomius in Aswan. He established numerous churches and led a spiritual and educational renaissance in Aswan.

Anba Hedra was a gentle, worthy, venerable elder who was widely loved and revered by the congregation. Tributes have been flowing in, praising his kind hearted compassion and understanding, his wide knowledge, and dedicated untiring service.

A funeral service will be held tomorrow 28 September for Anba Hedra at St Mark’s Cathedral in Abbassiya, Cairo. It has been announced that Pope Tawadros II will preside over the service. 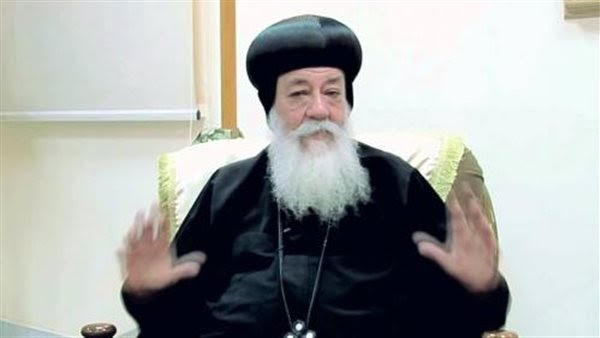