Makram Gad al-Karim, the photojournalist who captured on camera the assassination of Egyptian President Anwar al-Sadat during a military parade on 6 October 1981, passed away at age 80 in a healthcare centre affiliated to the church of the Holy Virgin in Zaitoun, Cairo. A funeral service was held for him at the same church.

Gad al-Karim was famous as the “photographer of critical instances”. As the military correspondent and photographer of the State-owned weekly Akbar al-Yom newspaper, he documented a number of military events in Egypt and other Arab countries, such as the war in Yemen in 1962, and the October 1973 War in which the EgyptIan army crossed the Suez Canal into Israeli-occupied Sinai, shattering the ‘invincible’ Bar Lev Line. The war brought on a peace agreement with Israel in 1979, through which Egypt regained Sinai, but the Islamists never forgave Sadat for making peace with Israel; they shot him dead in the 1981 parade.

Gad al-Karim was the first journalist at the triumph war-scene in Sinai on 6 October 1973, capturing shots of the Canal crossing and the Egyptian soldier raising his fingers in the V Victory sign.

For his shot of Sadat’s assassination, Gad al-Karim gained world renown. Paris Match chose him among the top 10 photographers in the 20th century, and he was awarded the World Press Photo, the world’s most prestigious photography award. He also won two prizes from the Egyptian Journalists’ Syndicate in 1987 and 1988; the best photo award from the Egyptian Armed Forces for shots of Bosnia War in 1986; the best military-photos from the Armed Forces in 1993; as well as four international awards from Netherlands. 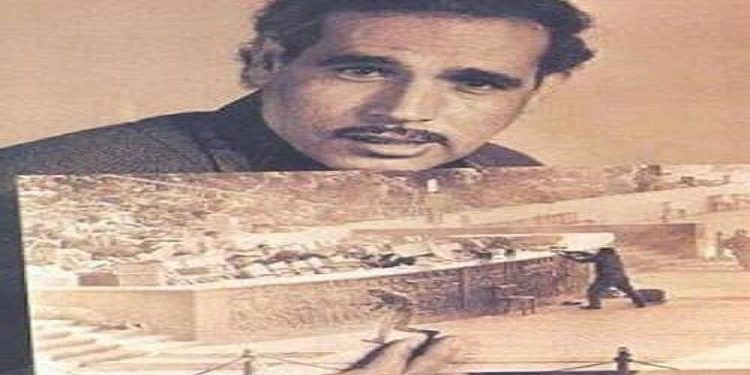 Talking of the shots he took of Sadat’s assassination at the hands of the Islamists on 6 October 1981, Gad al-Karim said: “All the photographers were on the top of one of the 1.5 m high wooden towers near the right side of the platform for the 6 October 1981 parade. A few minutes into the parade, a vehicle carrying four soldiers, an officer, and the driver suddenly stopped in front of the podium. At that moment, as attention and eyes were directed high up at parachutes, one of the soldiers opened fire on President Sadat and left him dead.”

Another soldier moved towards the platform and threw a bomb, but it did not blow up. Gad al-Karim managed then to take successive shots of that instance by four cameras, since there was no time to refill another photo-film. He took 45 photos of the event. When security men were arresting photographers, confiscating their cameras and seizing their films, the quick-witted Gad al-Karim managed to swiftly hide his photo-films in his socks, and gave the security men blank films instead. He directly went to al-Akbar newspaper, which the following day published all the photos of Sadat’s assassination. Those remarkable historical photos have become the source used by other newspapers and world news agencies until today. 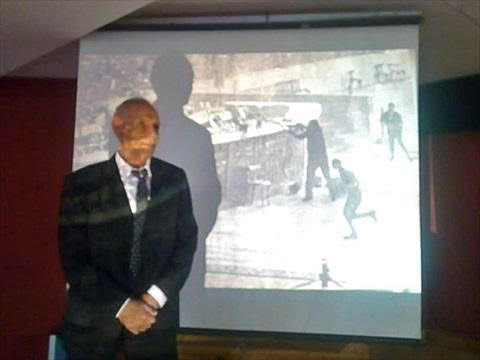