On 29 June 2021, Egypt lost Onsi Sawiris, head of the Sawiris family and a name widely acknowledged in Egypt as a tycoon who served his country honourably throughout his life.

Pope Tawadros II, on behalf of the Coptic Orthodox Church, mourned Mr Sawiris, describing him as a man who left behind a rich legacy of hard work, citing his prominent role in the field of construction and development, and his great contribution to Egypt and the Coptic Church. “May his soul rest in peace, and may the Lord grant his dear family the condolences of the Holy Spirit,” the Pope said.

Pope Tawadros delegated Anba Ilarion, Bishop of the Red Sea, to preside over the funeral service on his behalf.

The funeral service was held at 5pm that same afternoon at the church of Holy Virgin and Archangel Michael in the Red Sea resort of al-Gouna, a resort developed in the early 1990s by Samih Sawiris, the second son of Onsi Sawiris. Attendance of the service was restricted to family members.

For his part, Anba Angaelos, Coptic Orthodox Bishop of London, mourned Mr Sawiris with the tweet: “Today we have lost one of the most impactful and instrumental influencers in the contemporary history of Egypt in Onsi Sawiris. Noteworthy not only for his business acumen, but his incredible integrity and spirit of care for and service of others. Praying with his family today.”

Born in August 1930, Mr Sawiris passed away weeks before his 91st birthday, following a long battle with illness. He was among the most prominent Egyptian businessmen, having founded the Orascom conglomerate, the various activities of which are run by his three sons: Naguib Sawiris, Samih Sawiris, and Nassef Sawiris, each of them a singular businessman in his own right. They deal in construction, telecommunications and tourism, science and technology and industrial activity. 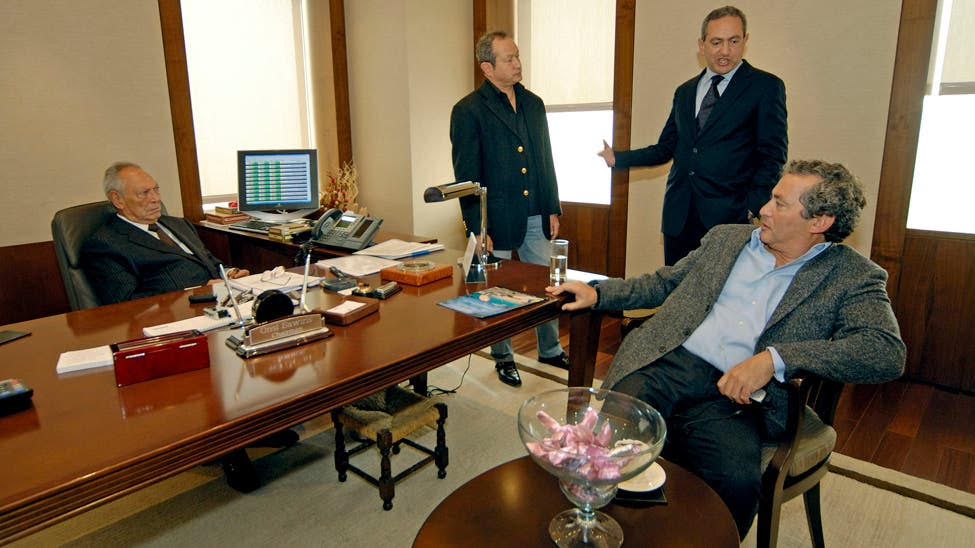 Onsi Sawiris was born to a Coptic family in Sohag, some 520km south of Cairo. His father was a lawyer, the dean of the lawyers of Sohag. The young Sawiris studied agriculture at Cairo University, obtaining a degree in 1950. According to his wife Yousriya Loza-Sawiris who was interviewed by Watani in November 2020, the first activity of Onsi Sawiris in the business world was in the field of agriculture. He was very understanding and friendly with the peasants, she said, and went into digging wells and building water plants.

In the 1950s he moved with his family to Cairo where he established, together with a partner, the contracting company Onsi & Lamei which operated in road building and canal digging.

In 1961, Onsi & Lamei Co. was nationalised among the many businesses and industries nationalised by the socialist regime of President Gamal Abdel-Nasser. Five years later, with private business opportunity almost non-existent in Egypt, Mr Sawiris left for Libya where he started a business there. He only resumed work in Egypt in the 1970s when President Anwar al-Sadat opened up Egypt’s economy towards a free market.

In 1976, Mr Sawiris established in Egypt his Orascom for General Contracting and Trade Co., which was later named Orascom for Construction Industries. During the 1980s and 1990s the company expanded into tourism and hotels, computer services, and mobile telephone services, to become one of Egypt’s largest businesses.

Apart from his business activity, Mr Sawiris was deeply dedicated to serving the community. In 1984, he supported his wife in founding the Association for the Protection of the Environment (APE), which worked to raise the standard of living of the Cairo garbage collectors, focusing on areas such as health care, education, raising incomes, and tackling issues of concern to women and children. APE’s work was repeatedly recognised by the international community, among which was the 1998 Dubai International Award For Best Practices to Improve the Living Environment, awarded by UN-Habitat and Dubai Municipality; it was also chosen among the top 100 associations in the world. Today, Ms Loza-Sawiris is on the board of the association, working with a large team of dedicated board members, volunteer workers, and expert workers to better the quality of life of the garbage collectors. They were able to raise the garbage collectors district in Tora, south of Cairo, from a decrepit area into a modern urban town whose dwellers are proud of, where health and environmental awareness runs high despite it still being a residential place for people whose activity centres on garbage. 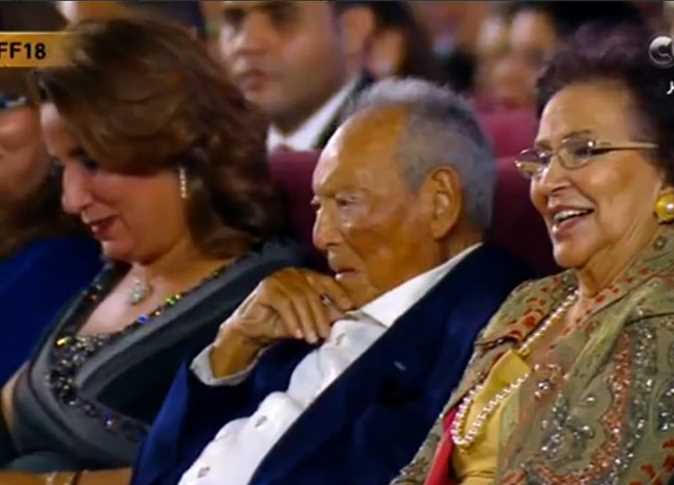 Mr Sawiris launched in 2000 the Onsi Sawiris Scholarship Programme which has since made it possible for more than 80 extraordinary Egyptian men and women to pursue undergraduate and graduate degrees at prestigious colleges and universities in the United States. According to its website, “the aim is to facilitate the academic development and character building of young Egyptians, giving them the tools to develop their careers and hence benefit the communities in which they live.”

In 2001, Sawiris and his wife founded the Sawiris Foundation for Social Development, an organisation that works with civil society, the private sector, and government agencies to implement sustainable solutions to alleviate poverty and social and economic exclusion in Egypt.

Mr Sawiris was famous for his savvy business knowhow, and equally for his honourable ethical practice and warm-hearted caring nature. He is survived by his widow, Yousriya Loza-Sawiris, a figure well known and widely loved for her activity in development and charity fields; and his sons Naguib, Samih, and Nassef. 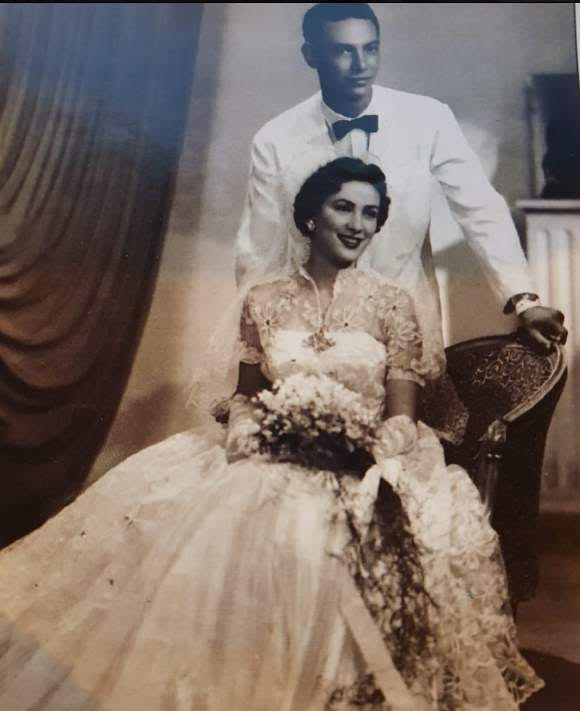 Ms Loza-Sawiris described him as a caring family man who had absolute respect for women, their worth and abilities. She said that even though she was only 17 when she married him and formed a family together, as was common at the time, he encouraged her to go on with studies until she earned a Masters degree in Business Administration. In this, she said, he was ahead of his generation in his liberal view of women. He always gave her credit, she said, for her efforts to bring up their boys singlehandedly during the years he was in Libya, away from home.

“He worked hard with his bare hands for the sake of his Egypt, and was yet a loving and caring father to his family,” she said. His son Naguib said: “He was for us the teacher, father, and guide.” 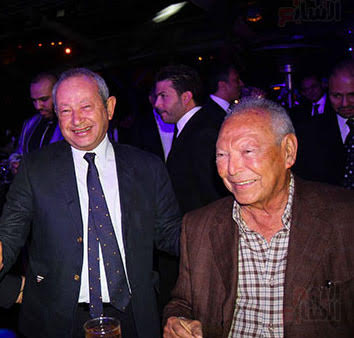 Countless Egyptians took to social media to pay tribute to the “great man” Onsi Sawiris. Prominent among them were persons from Sohag, Mr Sawiris’s hometown.

Nader Kyrillos, head of the Physics Department at Sohag Secondary Military School wrote that he had first worked at the school as a teacher some 20 years ago. The school, which went back to the 1930s, was in such a dilapidated condition that he could not find a desk to sit on. Its laboratories were non-functional and had no materials to work with, and students shunned the school. Toady, Mr Kyrillos said, thanks to a generous EGP8 million donation by “Sohag’s loyal son” Onsi Sawiris, the school and its labs are in top shape, and attract the region’s best students. “I have to write this to express how grateful I have always been to him. May your soul Rest In Peace, Mr Sawiris, and my condolences to all your family.” 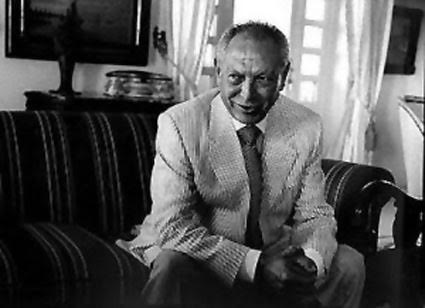 Mervat Nessim wrote in her capacity as a volunteer worker in Church service that, some 12 years ago she was visiting an 18-year-old young man who had had a train accident and lost both legs. His father was a humble worker at Orascom. When his boss knew of the accident, he knew the company would help, so he asked for quotations for prosthetics. He received two offers, one for EGP150,000 and another, a German make, for EGP1 million. When the matter was put before Mr Sawiris he unhesitatingly chose the more costly one, believing it would better serve his worker’s son. “Unparalleled humanitarianism!” Ms Mervat wrote.

Ahmed al-Sersawi from Sohag wrote under the title “Loyal Sohagi” that Onsi Sawiris did countless charity works in secret … “despite his wealth and social stature, we never heard any publicity of what he did”. Mr Sersawi wrote of a Sohagi friend who had lost his father at a very young age. The father was an employee working for Mr Sawiris, and that great man tended to all the late employee’s family needs, undertaking the schooling of his sons and daughter till they graduated from university. When the daughter got married, Mr Sawiris shouldered all the expenses, and attended her wedding at the village mosque. “The man never did anything to blot his ever-white gown,” Mr Sersawi wrote. “He was a singular Egyptian to the core … May God rest his soul in peace.”