World-renowned Egyptian British heart surgeon Sir Magdi Yacoub has been honoured by Sheikh Mohammed bin Rashid Al Maktoum, Ruler of Dubai and Prime Minister of the United Arab Emirates, with the Order of Mohammed bin Rashid for Humanitarian Action. The honour sash was bestowed on Sir Magdi during the Arab Hope Makers annual event at a grand variety show in City Walk’s Coca-Cola Arena in Dubai. 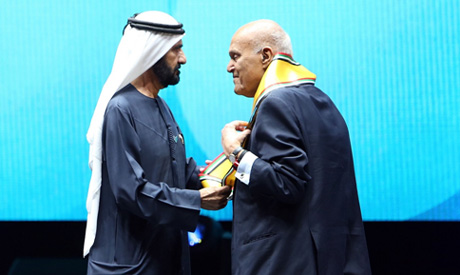 The Arab Hope Makers initiative is an annual award, first launched in 2017 by Sheikh Mohammed, that honours persons for their humanitarian efforts. Among the winners in the first edition of the initiative in 2017 was Egypt’s Mama Maggie whose work among the destitute Egyptian garbage collectors, through her NGO Stephen’s Children, earned her the name: “Egypt’s Mother Teresa”

The Grand winner of the 2020 Arab Hope Makers was Emirati philanthropist Ahmed Al Falasi and his family. Mr Falasi, who had lost his mother to kidney failure, was awarded by Sheikh Mohammed for devoting his time and money to provide health care facilities to treat the poor and needy in Africa, by establishing advanced kidney dialysis centres and incubators in Mombasa, Kenya. 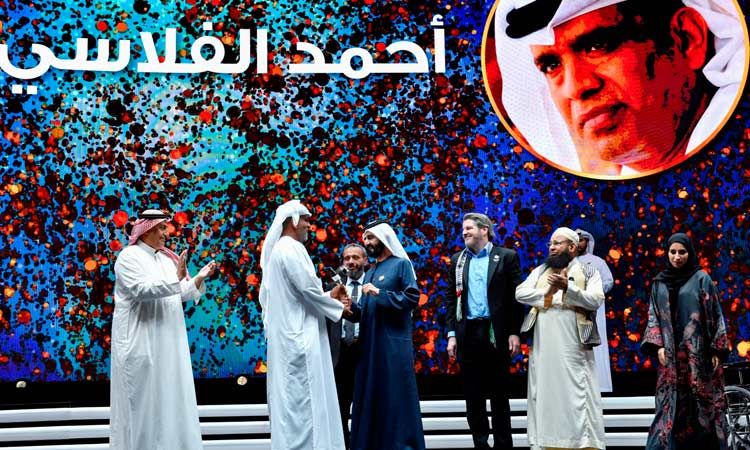 Al Falasi won the award from among five finalists through an audience vote at the Arab Hope Makers event. 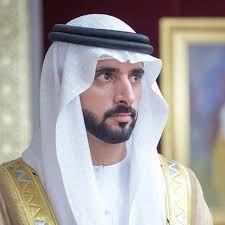 A statement by Emirates Airline, which pledged its support to help build the Magdi Yacoub Heart Centre in Cairo, said the hospital would provide free treatment for 80,000 patients a year, and would be able to handle more than 12,000 surgical and cardiac procedures annually. Some 70 per cent of those procedures will be earmarked for children with cardiovascular conditions, the statement said.

Following the ceremony, Sheikh Mohammed  posted on his Twitter page, “Hand in hand with Sir Magdi Yacoub, we will make a new future; a new hope.

“May God grant him more years in health and energy for the sake of service of humanity,” Sheikh Mohammed tweeted.

Egyptians launched hashtags on Twitter to congratulate Sir Magdi who they see as a national, beloved humanitarian hero. They extensively shared photos and video shots of his recent honouring in Dubai. 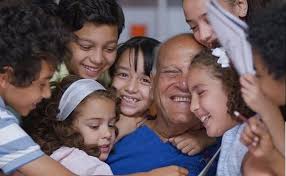 One blogger remarked “That man—Sir Magdi—was leading a wonderful, successful life in the UK where he had earned great recognition. He had many reasons to stay there and not return to Egypt. After all, Egypt is far behind the UK  in medical advancement, and second, he is a Copt so he might have faced discrimination or even hostility. But he preferred to return to his homeland where he belongs, to serve. Great man, Sir Magdi.”

Another blogger, Maurice William, commented on a painting of Sir Magdi’s face surrounded by a halo: “He is indeed a saint.” Alaa Barodi wrote: “This man works in silence, not showing off, for the service of humanity and for the benefit of his homeland. He awaits no return. He is an angel of mercy’.”

Egyptian singer Muhammad Mohsen posted on his page a comment, “Sir  Magdi Yacoub is our pride; he is the role model for the young and the upcoming generation.”

Others resorted to using Bible verses to describe Sir Magdi, displaying their high regard for him. Among such posts: “He went about doing good,” (Acts 10:38); and “My son, give me your heart, and let your eyes observe my ways.” (Proverbs 23:26). 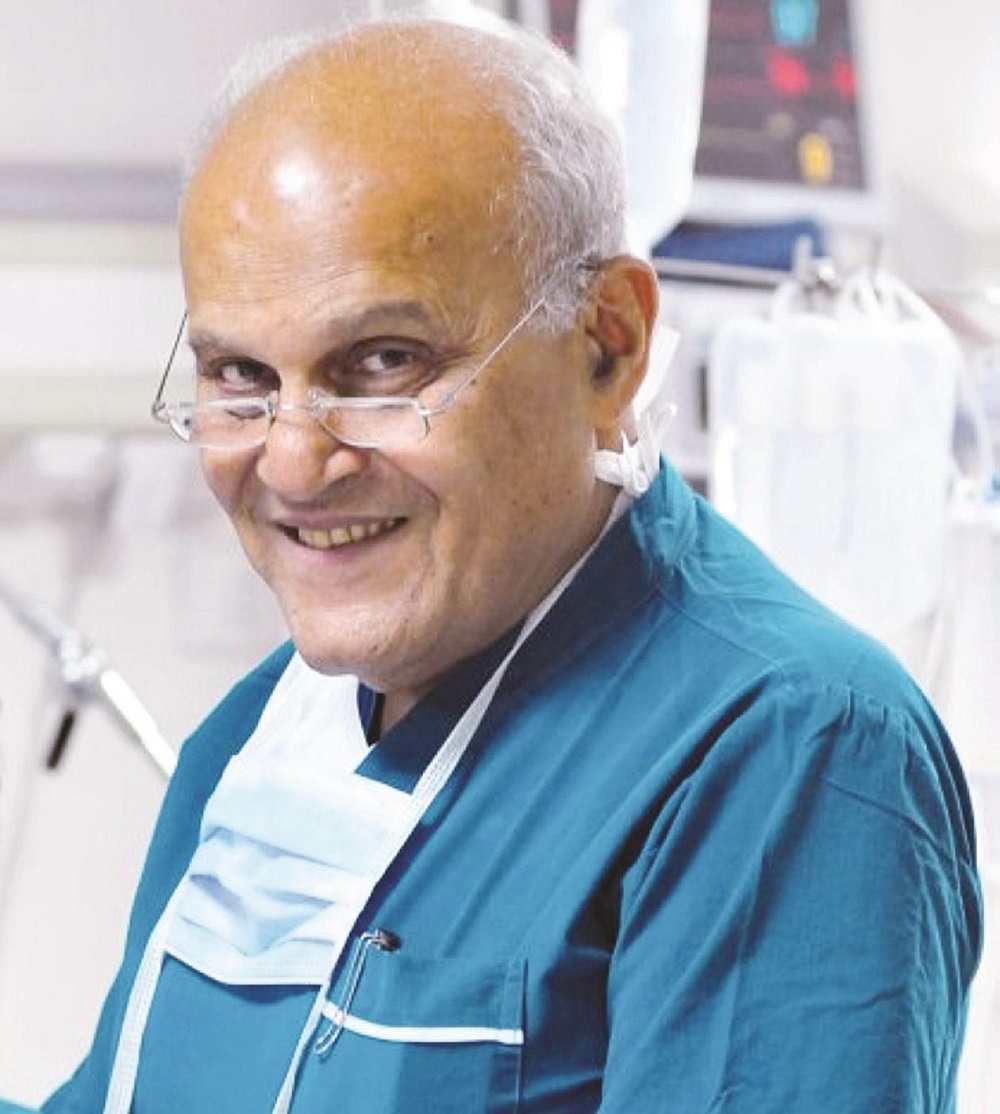 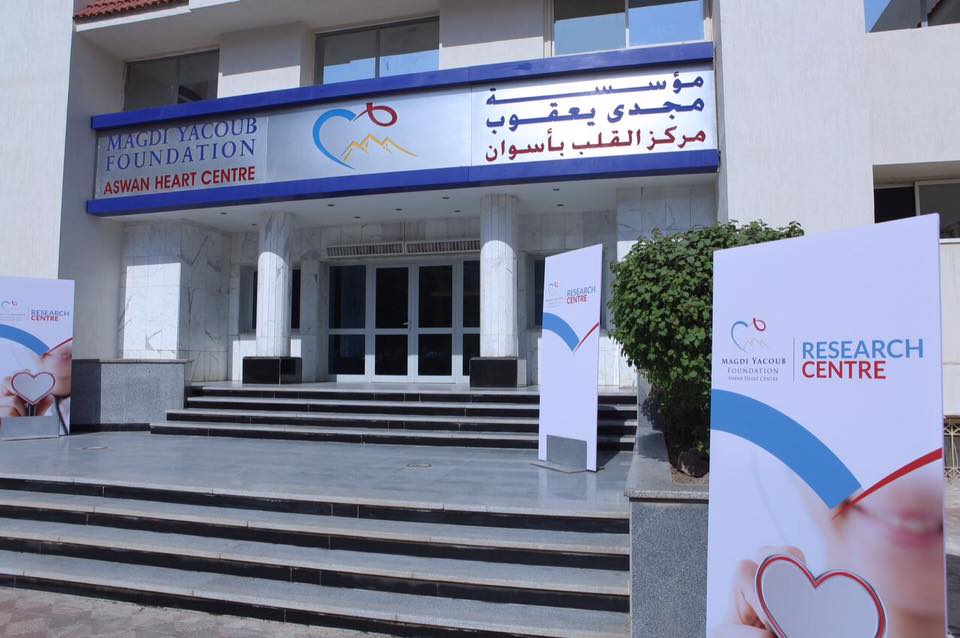 Sir Magdi founded the Magdi Yacoub Heart Foundation (MYF) in 2008 which in turn established the Aswan Heart Centre in the Egypt’s southern city of Aswan in 2009. The centre worked to combat heart disease in Egypt and offer state-of-the-art medical service to all, especially the underprivileged, free of charge. 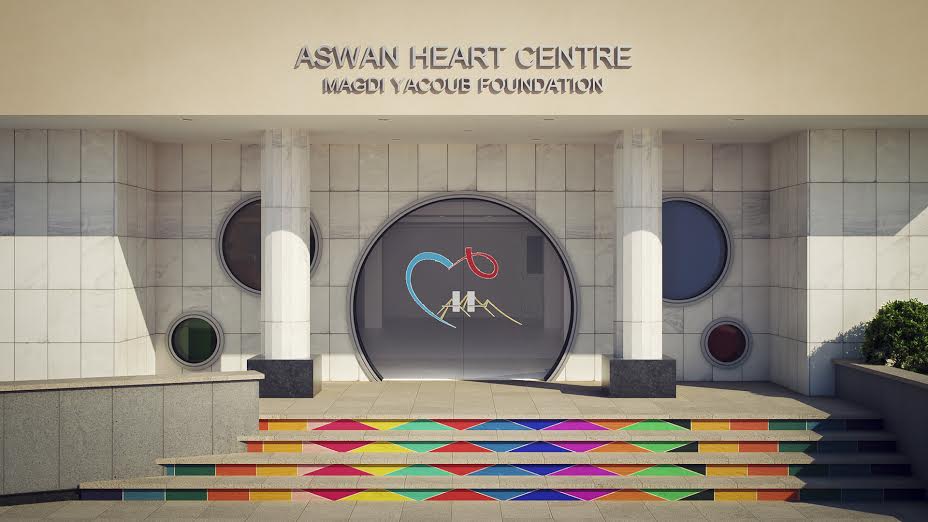 Even though he retired a few years ago, he continues to offer his consultancy in the field where he excelled and for which he has gained international acclaim and renown. After the success of the Aswan Heart Centre, he established another branch of the centre also in Aswan, and through his MYF has cooperated with the Ministry of Health to offer Egyptian doctors and nurses high international standard medical trainings. 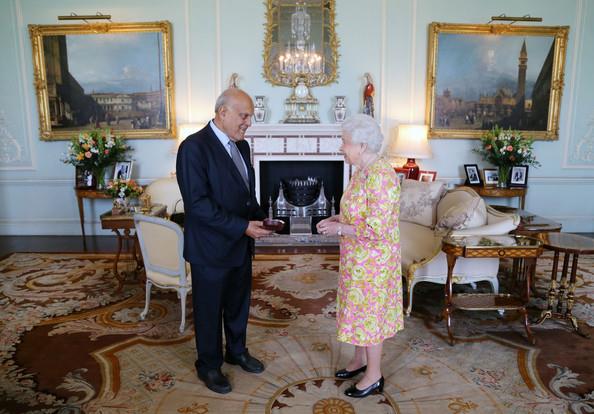 He was honoured with numerous awards among which was a lifetime outstanding achievement award in recognition of contribution to medicine by the UK Secretary of State for Health in 1999, the Cleveland Clinic Foundation Heart Failure Summit in 2001, the WHO prize for Humanitarian Services in 2003, International Society for Heart and Lung Transplantation Lifetime Achievement Award in 2004, the 2007 Medal of Merit by the International Academy of Cardiovascular Sciences, and the American College of Cardiology Legend of Cardiovascular Medicine in 2012. 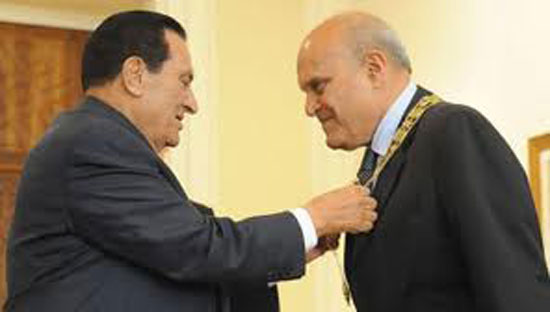 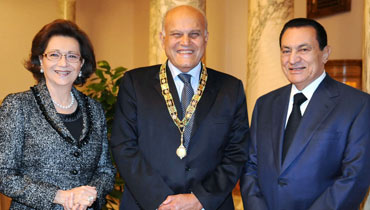 In Egypt, President Mubarak awarded Sir Magdi the Grand Collar of the Nile for science and humanity in January 2011. In January 2014 he was honoured by Pope Tawadros II who awarded him the Medal of St Mark. 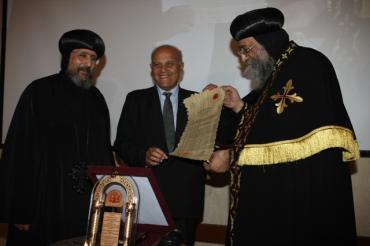 Last November, Egypt’s southernmost city of Aswan, some 700km south of Cairo, where Sir Magdi established his Aswan Heart Centre, bestowed its ultimate honour on him. According to Aswan’s then Governor Ahmad Ibrahim, it was the “day of gratitude”. It was 27 November, his last day as governor, since a governor reshuffle brought to Aswan a new governor that day. Governor Ibrahim was glad the gratitude gesture to Sir Magdi would be his last official task in Aswan. 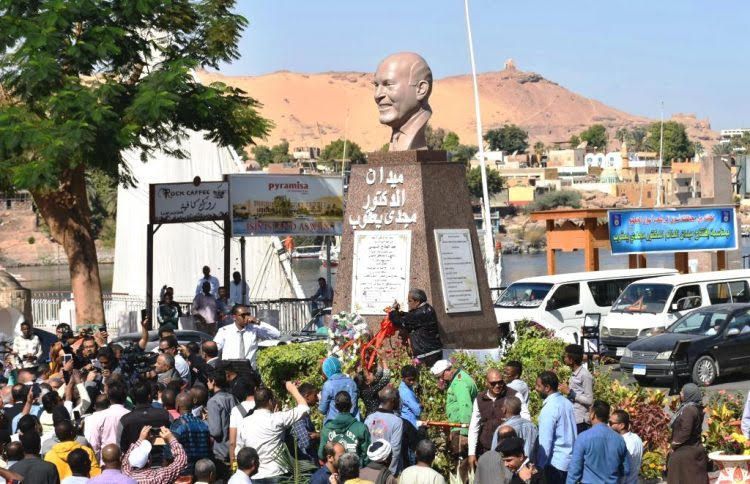 Aswanis never forgot that Sir Magdi had chosen their city from among all Egypt’s towns and cities to host his heart centre. 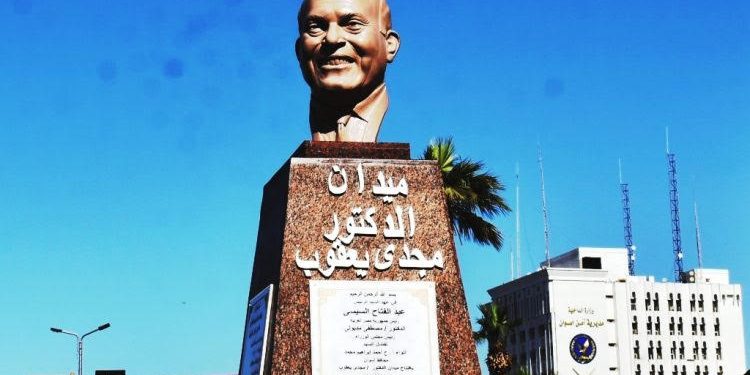 Sir Magdi thanked Aswanis and Governor Ibrahim for their love and the warm gesture. He pointed out that he had been invited earlier that week to stand by President Abdel-Fattah al-Sisi during the inauguration of the new Egyptian universal Medical Insurance system in Port Said, and that the President delegated him to oversee the heart unit of the Nasr Children Hospital in Port Said. Sir Magdi said he was grateful for all the appreciation Egypt was giving him. 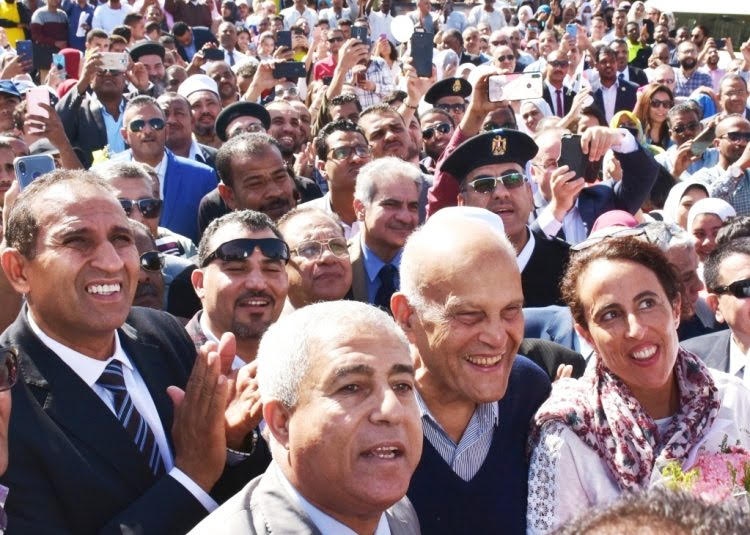 For his part, Governor Ibrahim said that the great surgeon is a role model of humility and a source of endless generosity. 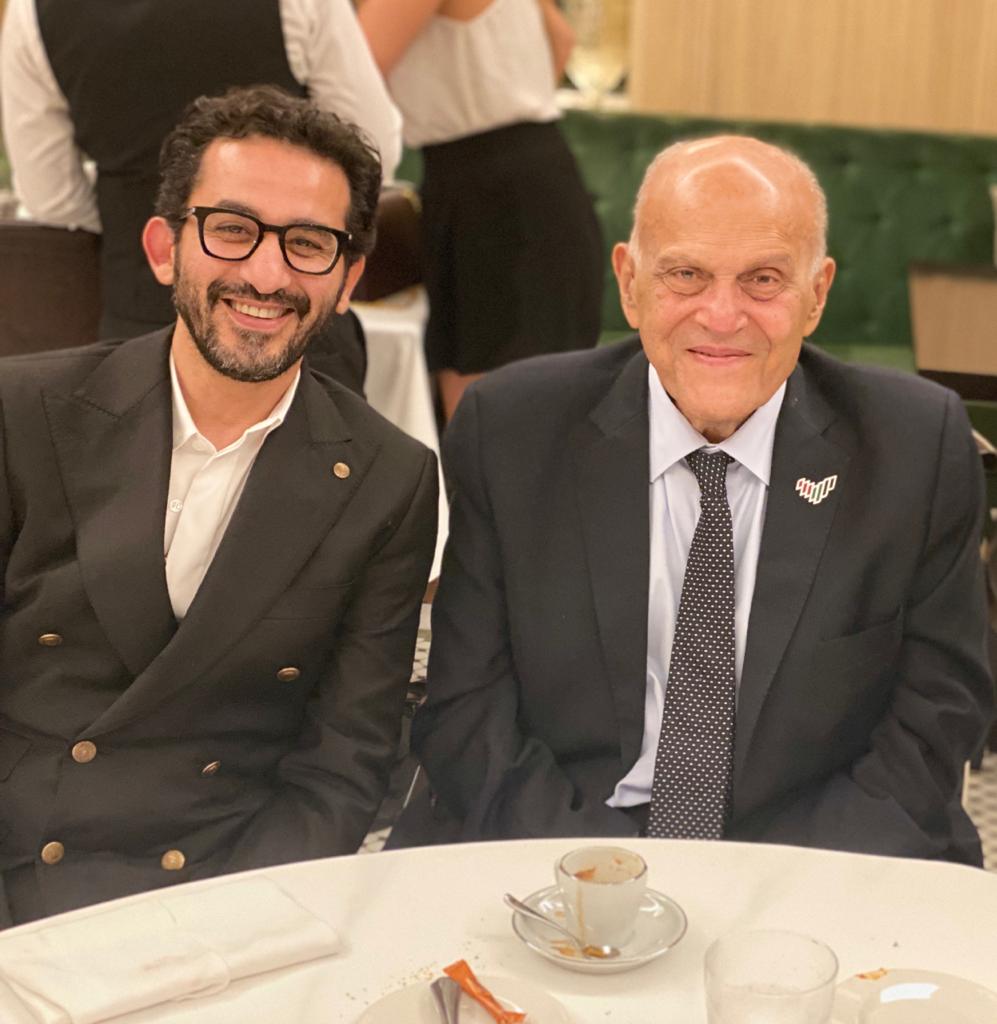 Egyptian actor Ahmed Helmy, the first ambassador for the Arab Hope Makers initiative, expressed what Egyptians felt towards Sir Magdi whom he met at the recent Dubai event. Mr Helmy posted a photo of himself with Sir Magdi, with the comment: “Now I have finally achieved a dear desire of my heart: to meet Sir Magdi! Not only that, but also to embrace him, sit with him and talk to him. Today I feel I’ve gone down in history by being close to this great man, whose greatness emanates not from power or authority, but from kindness and humaneness.”